How to reverse Australia’s remand explosion

Burgeoning numbers of untried prisoners are fuelling an unsustainable rise in Australia’s prison population. Only a shift in resources will bring the figure down 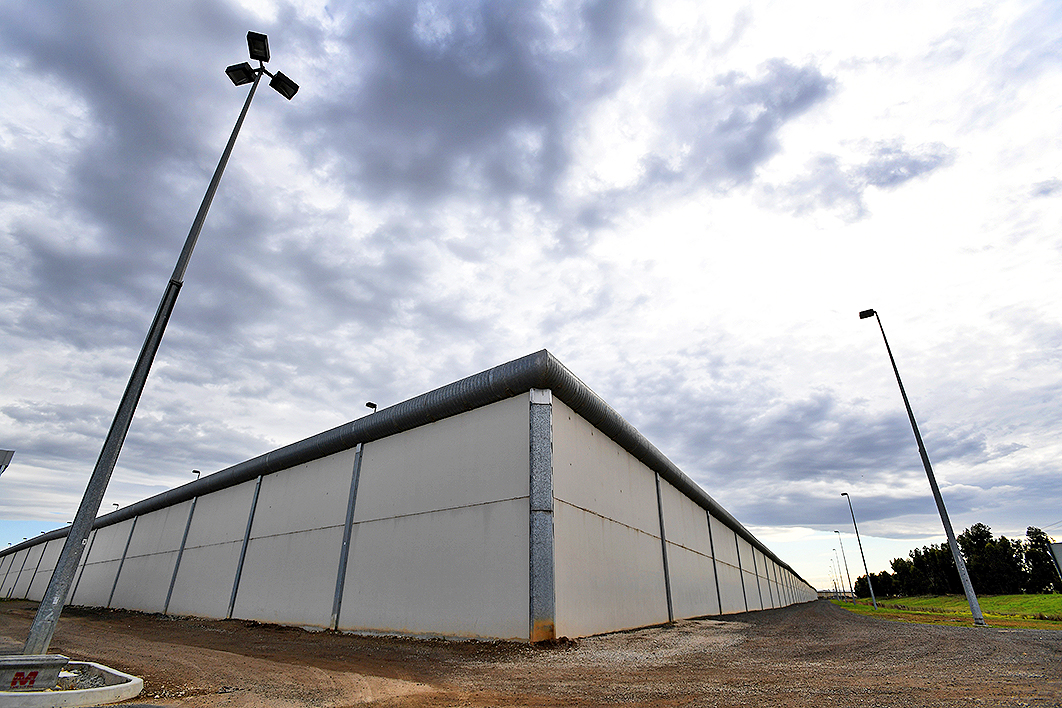 Jails were on the front page of the Melbourne Age last week, with news that the number of prisoners awaiting trial or sentencing in Victoria has almost doubled since Daniel Andrews’s Labor government came to power in late 2014. The state’s shadow corrections minister, Edward O’Donohue, says the blow-out reflects “chaos and dysfunction” in that state’s courts and Labor’s failure to manage heavier judicial caseloads. He’s wrong: the trend is neither unique to Victoria nor unique to one side of politics.

What is true is that prisoner numbers have grown significantly, and a big part of the reason is a jump in the number of people on remand, who now make up a third of Victoria’s prisoners. The vast majority are awaiting trial, with a much smaller number waiting to be sentenced. That might seem a surprisingly high figure, but it’s by no means the highest in the nation: South Australia tops the charts with an astonishing 41 per cent. In fact, Victoria is almost exactly in line with the national figure of 32 per cent.

That rate takes Australia, for the first time in its modern history, out of the 15 to 30 per cent range ­­— which includes Britain, the United States, Canada, Russia, Israel, Poland, New Zealand and Germany — and into the 30 to 50 per cent group with countries including Brazil, Thailand, Papua New Guinea, France and Mexico. As recently as 1997, the Australian figure was 14 per cent; the increase since then helps explain the growth in the overall national prison population.

Nationally, the rate of adult imprisonment per 100,000 population has grown from sixty-two to more than 200 since the late 1970s, with no sign of abating. With each adult in prison costing $286 per day, the annual national bill for remandees has reached nearly $1.4 billion. Yet, as Victorian research has shown, 40 per cent of remandees will either be found not guilty or will be sentenced to a period equal to or less than the time they have already served on remand.

Victoria’s corrections minister, Gayle Tierney, was unapologetic: “With more police on the beat, tougher sentencing and bail laws and an increasing population, prisoner numbers are expected to continue to rise and we are planning for that growth.” She is right on all counts, but only up to a point. Police numbers are indeed rising, but once again the trend isn’t unique to Victoria. In 1996 there were 221 serving police officers per 100,000 Australians; now, there are almost 300.

And, yes, sentences are getting longer in Victoria, which is one driver of any state’s overall prison population. But the key reason for the rise is the number of unsentenced prisoners, which increased across Australia by 87 per cent in the five years between September 2012 and September 2017. The number of sentenced prisoners (a figure more likely to be affected by sentencing trends) increased at a much slower rate: by just over a quarter.

The number of people on remand is affected not only by the rate of serious crime and the decisions of magistrates to hold those offenders in custody, but also by factors external to the courts, including changes to bail-related legislation, the increasing reluctance of risk-averse police (and bail justices) to grant preliminary bail, and the availability or otherwise of bail hostels and other services for those awaiting trial.

Although most states have tightened bail conditions in recent years, Victoria’s changes have been the most comprehensive and onerous. The legislation in question includes the Honorary Justices Act 2014, the Serious Sex Offenders (Detention and Supervision) and Other Acts Amendment Act 2015, the Crimes Amendment (Carjacking and Home Invasion) Act 2016, and Bail Amendment Acts in 2013 and 2016.

The system will soon be tighter again as a result of the carnage inflicted in January 2017 when Dimitrious Gargasoulas, who had been bailed not long before, drove his car through a pedestrianised section of Bourke Street, in Melbourne’s central business district. Within days, the Andrews government announced that a former justice of the Supreme Court, Paul Coghlan QC, would conduct a major review of Victoria’s bail laws.

In his first report, released in May 2017, Coghlan recommended that the general presumption in favour of bail should remain, but that greater emphasis should be placed on assessing risk and deterring offending while on bail. He also recommended expanding the list of “show cause” offences, and proposed that only a magistrate or judge should have the power to grant bail to an accused in the “exceptional circumstances” category. In his second report, he recommended specialised training for bail justices and suggested that the Bail Act be rewritten to improve its structure, readability and internal consistency. Notably, he recommended that a new Bail and Remand Court be established at the Magistrates Court of Victoria.

The Victorian government immediately introduced legislation detailing a new set of guiding principles to promote the safety of the community and people affected by crime. Once it comes into effect, the new Act will also reinforce the presumption of innocence and the right to liberty, as well as promoting fairness, transparency and consistency in bail decision-making, and aiding public understanding of bail practices and procedures. This style of law-making, which highlights principles, values and community education, marks a refreshing change in Australian parliamentary practice.

It’s to be hoped that the new Victorian legislation leads to a fall rather than a rise in remand numbers. The reason we should hope for this outcome is simple: there is no evidence that high imprisonment rates drive down crime or make us any safer.

Some defenders of the current trends might point to the fact that the decline in violent and property crime across Australia since 1995 has coincided with a growth in the national prison population. But the fall in offences is mainly a symptom of demographic change (the last of the baby boomers turned thirty-five, the age at which offending drops away markedly, in 1995) and improved security infrastructure (witness the vast array of security cameras, affordable alarms and readily accessible monitoring services). Significantly, crime has also fallen in jurisdictions where the imprisonment rate has declined. In Queensland, for example, the number of offences fell significantly between 2005 and 2012 alongside a steady fall in the imprisonment rate.

Another key issue in Australian corrections is the continuing disgrace of Indigenous over-representation. The national imprisonment rate among Indigenous people is about thirteen times higher than among non-Indigenous Australians. The disparity is worse still for Indigenous women and young people, who are about twenty-four times over-represented. Moreover, they are often serving short sentences for less serious offences, cycling through the prison system at a higher rate than is reflected in corrections data.

So what should we be doing instead of committing more sentenced and unsentenced people to periods in jail? There seems little doubt that a safe community is one that is built on trust, equality of opportunity and strong social capital. Safety can be compromised quickly if resources are pushed in the wrong direction, as they have been in recent years.

As I describe in a recent article for Current Issues in Criminal Justice, a significant proportion of the money that we spend on corrections in this country should be redirected into pre- and post-release programs and prisoner rehabilitation. It’s by no means a small amount: net operating costs in Australian corrective services — not including capital costs, depreciation and community corrections — was $2.9 billion for the 2014–15 financial year. There’s solid evidence that good rehabilitation programs and well-trained staff have been effective in prisons around Australia, and yet they remain underfunded. Together with post-release services, these programs have undoubtedly reduced recidivism. Therapeutic pre-release services, too, have been shown to make it less likely that an inmate who leaves prison will return.

We also know that rates of mental illness and cognitive disability — acquired brain injury and foetal alcohol syndrome, for example — are high among prisoners. We should be putting more money into programs designed to ameliorate the effects of these illnesses on the ability of ex-prisoners to rejoin society successfully.

Overwhelmingly, the research tells us that we can’t sustain the current correctional trajectory, neither financially nor socially. With the right allocation of resources, we can turn broken lives around, divert young people from careers in crime, assist young families to cope with the vicissitudes of life, and bring stability to dysfunctional families, thus relieving current levels of crime and victimisation. But that can only happen if we continue to do the research, promote the successes, acknowledge our limitations, and extend our evaluative capacity.

Amid the reporting of Victoria’s figures this week, it was easy to forget that the state still has the lowest imprisonment rate in the country, something the Andrews government should be holding up as an achievement worth celebrating. Governments should never hold up a high imprisonment rate as a badge of honour. With sufficient political will we can drive down crime rates (and thus imprisonment rates) in Australia. We won’t eliminate crime, of course, but we can dramatically limit our heavy reliance on “correctional” services and the significant array of problems associated with them. ●

Rick Sarre is Adjunct Professor of Law and Criminal Justice at the University of South Australia.