If content is king then distribution is King Kong 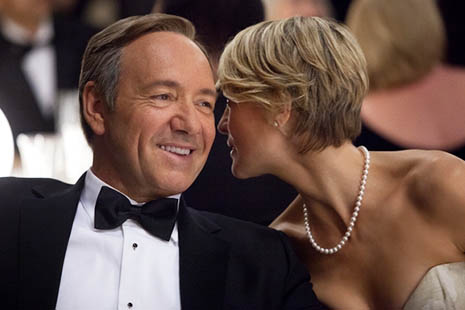 FROM Thomas Edison’s short films, distributed via the tiny Kinetoscope, through picture palaces, IMAX screens, 3D TV and into the era of YouTube, it’s fascinating to find that once again we are peeping at images on small screens. While the movie-going business remains strong, with annual global revenues at $34.7 billion, the splintering of screens develops apace with ever-smaller computer screens, tablets and smart phones. In Screen Distribution and the New King Kongs of the Online World, Stuart Cunningham and Jon Silver describe this new landscape, laying out the emerging patterns of screen ownership, distribution and consumption.

Cunningham and Silver anoint Google, Netflix, iTunes, Amazon, Hulu, Yahoo and Facebook as “The Magnificent Seven” – the leaders in this landscape. These web companies have been able to “push” content to individuals on a broad scale, creating new markets and new forms of content, and ultimately challenging the dominance of traditional media. In a perfect confluence of events, the internet and growing broadband capacity combined with new, more affordable production gear and digitisation equipment allowed savvy entrepreneurs to exploit a totally new platform. We may be witnessing a changing of the guard in the domination of screen distribution from the major Hollywood studios and television networks to these new online players. While many have said that “content is king,” Cunningham and Silver suggest that “if content is King then distribution is King Kong.”

The seismic shift in the entertainment economy started with the growing significance and power of information technology. As masses of material became available online, consumers sought aggregation and hierarchies. Google, the number one search engine and the great organiser of content, had the algorithms to become the ubiquitous analyst of our search habits, and it was this tracking of consumers’ clicks that “taught” internet companies how people want to consume online content. Companies like Amazon, Yahoo and Google were able to combine that knowledge with new sources of screen content. With developments such as Google’s purchase of YouTube, and the creation of Amazon Instant Video and Google Play for movie and television downloads, the customer really is always right when it comes to what he or she wants to watch, and when.

Television networks were long the gatekeepers of home viewing content. The loss of control was gradual – first came video recorders, later PVRs and TiVo’s, to name just a few – until networks were finally forced, with catch-up TV, to join the race they appeared to be hoping would die out. In the meantime, web companies had developed a real alternative to television. As had happened with the advent of television, the Hollywood studios initially blocked supply, so these new web companies had to create their own content. There was an extraordinary burgeoning of short, online material, circulating most notably, and famously, on YouTube. Eighteen months after its launch in 2005, YouTube had nineteen million viewers per month and was well on the way to being bought by Google for $1.65 billion.

The major television networks and the Hollywood studios were already trying to deal with online piracy, but the exponential growth of audiences and revenues for these internet companies forced their hand. To maintain and reclaim their audience – and not just sustain control of the value chain for movies and television – they inevitably needed to engage with online companies.

In 2006 Apple iTunes expanded into movie and television downloads, offering titles to rent or buy. In the same year DVD rental giant Netflix added live streaming of movies to its postal subscription system. Ultimately, Netflix became the market leader in online subscription services, with about thirty million subscribers; it is said to be the equivalent of the seventh-most-watched US network and second in the US cable TV sector.

Television networks and entertainment analysts are being forced to significantly re-evaluate how they define “television.” The Magnificent Seven have blurred the lines between film and TV by offering both forms of content from their online platforms for any size screen. The incredible variety of content includes series television, movies, major live-to-air events, user-generated content of the kind seen on YouTube, and an extraordinary number of thematic channels for lifestyle, sports and entertainment.

With advertising revenue, subscription services and individual title purchases being the three key modes of monetising online content, these have become multimillion dollar businesses. But that flow of revenue is not always enough to match the expense of hosting online material, and so almost all of the big seven have expanded into commissioning content in order to build subscriptions or new revenue sources. They don’t just look like studios – they have created small, sophisticated production facilities, including YouTube Creator Space, Amazon Studios and Yahoo Studios! NYC.

Cunningham and Silver focus on the United States as the centre of this burgeoning global online dominance, but also spend a solid chapter on global trends. How does this all stack up in Australia, where we don’t have Netflix or Hulu? We are, it seems, embracing Google, YouTube, Amazon and Yahoo. While the book could not devote a great deal of space to Australian viewing habits, the latest Nielsen Australian Multi-Screen Report provides an interesting addendum. It found that the television screen still has a central place in households, with television sets in 99 per cent of homes. But Australians are watching five hours less live television per month than they were a year earlier (an average of ninety-two hours per month). With viewers in the sixty-five-plus age group really doing their time, contributing 150 hours of television viewing per month, this downward trend will only continue. Eighteen- to twenty-four-year-olds are watching just 44.5 hours per month, but the time they spend watching online video on their laptops exploded from four hours to just over thirteen hours per month over this past year.

Australia’s network chiefs have responded to these changing habits with a range of announcements. The Seven Network’s CEO, Tim Worner, confirmed recently that Seven’s hybrid broadcast broadband TV (HbbTV) would start operating in May 2014, and the other networks indicated similar strategies in a Freeview Australia announcement a month earlier. HbbTV will combine broadcast television services with broadband, allowing easier access to broadcast channels, catch-up TV and video on demand on TV screens. Worner’s statement comfortingly left our TV sets at centre stage. “We are very determined,” he said, “that our traditional model will fully harness the opportunities that broadband access can provide.” He also embraced the new viewing habits, nimbly referencing multiple platforms and acknowledging viewer supremacy.

Screen Distribution and the New King Kongs of the Online World tracks the conditions for this new digital era worldwide. It illustrates the key events in the history of online content platform development and its power players, from 1998 to 2013, with a very useful double-page timeline. Cunningham and Silver also recap previous struggles to dominate the screen in the twentieth century, using examples such as the Edison patent wars and, later, Hollywood’s reaction to the arrival of television.

Like a phrase book for a foreign country, this book helps the reader to navigate a complex territory of powerful online players. “There is no more central issue in media and communication studies today than the proposition that we are in the middle of a rapid process of change,” the authors write, and their analysis of this process has many resonances for broader assessments of industrial and cultural change. Demystifying a spaghetti-like mix of websites, apps and acronyms, Cunningham and Silver allow us to consider the link between such things as the impact of the Guttenberg press in the 1400s and the disruption to the value chain caused by hand-held feature-film downloads in the twenty-first century. This kind of change has happened before, in other words, and we can learn from it.

And finally, Cunningham and Silver remind us that despite popular concerns and excitement about our changing screen options, regular internet access is available to just over two billion of the world’s population of seven billion. “For most people,” they observe, “the digital revolution hasn’t even started.” •

Annabelle Sheehan is an executive with Media Venture Partners, Sydney. She was CEO of the talent agency RGM Artist Group, and Head of Film and Television at the Australian Film, Television and Radio School. 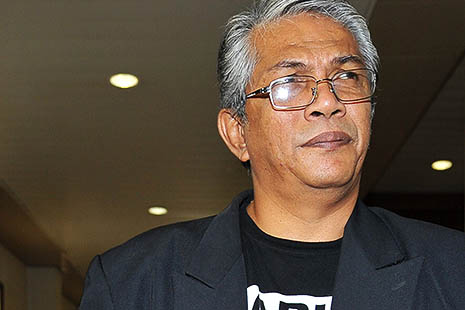