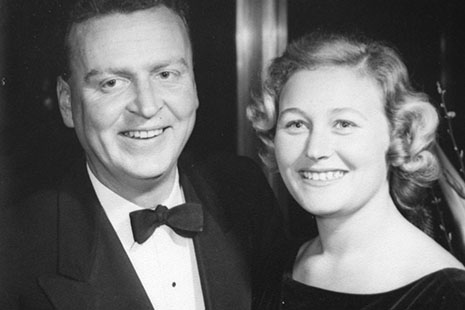 BEN HILLS’s biography of Graham Perkin is a splendid if belated memorial to the great journalist and editor who transformed the Age newspaper between 1966 and his sudden death, aged forty-five, in 1975. It is a timely reminder that a newspaper can be a powerful force for public good when it is committed to fearlessly exposing and analysing social and political iniquities under a crusading editor supported by a sympathetic chief executive and able colleagues. Sadly, it also shows how far newspapers have declined since what Hills calls “the golden age of Graham Perkin.”

Hills has set Perkin and the Age in their social, political, historical and journalistic contexts; he has clarified Perkin’s private internal struggles on the newspaper and his very public external struggles with Victorian and federal government leaders; he has given definitive accounts of Perkin’s triumphs and failures as editor. Perkin is portrayed with respect but not with reverence as a working editor of huge ability and vitality, impressive ego and formidable rectitude, and as a powerful writer given to occasional histrionics. He was a fearless, gruff, kind and generous man who was addicted to journalism and who, despite health warnings, killed himself prematurely with overwork and overindulgence in food, wine and tobacco.

Here, as Perkin would have insisted, a personal declaration becomes necessary. I was Perkin’s news editor at the time of his death, and had played a supporting role in his efforts to revive and modernise the Age. He was the towering influence on my formation as a journalist; I loved the man and what he stood for. Working for Perkin, I and others were at our best; we have mourned him all our lives. I should also say that Ben Hills was an admired colleague. In Breaking News: The Golden Age of Graham Perkin (Scribe, $60) he is in top form, telling a great story with the forensic skill that made him perhaps Australia’s best investigative reporter. He has treated me fairly and accurately in the book, and it would be pedantic to query the relevance of one or two of his minor personal disclosures about Perkin and his wife Peg. Overall, this is a balanced and well-judged book that should be read by everyone who cares about newspapers at this time when their futures are clouded. Hills’s picture of Perkin is entirely consistent with my own memories of him. I have no doubt that if Perkin could have read this book he would have exploded, “Jesus, chap. You’ve really nailed me.” Then there would have been that great delighted chuckle of satisfaction.

No small part of Hills’s achievement is his fascinating account of Perkin’s youth and family background. Perkin was a man vain enough to create legends about himself. He didn’t drop out of law at the University of Melbourne, as he claimed; he was refused readmission after failing twice. He also sought to construct a Scottish family history for himself, but his origins were English and humble. He grew up near Warracknabeal in Victoria; his father was a baker and his mother was a stern Methodist and a temperance campaigner (perhaps the only person Perkin feared sufficiently to hide the wine bottles when she visited him). His first forays into journalism were sports reports for the Warracknabeal Herald when he was a teenager. He started at the Age as a first-year cadet, aged twenty, in 1949. His contemporaries did not doubt that he would go to the top. He quickly emerged as a star reporter and feature writer when the Age was still a dusty conservative daily in slow and seemingly inexorable decline. In 1955 he won a Kemsley journalism scholarship and spent a year in Britain with his wife. The experience enriched and broadened Perkin and prepared him for higher things.

But, as Hills shows, it was not until 1960, when Ranald Macdonald returned to Australia from Cambridge University and joined the Age, that the Perkin ascendancy would accelerate. Four years later Macdonald, a member of the Syme family, proprietors of the paper, was appointed managing director of the company. He was (and still is) a decent man of great enthusiasms and, like Perkin, he realised that the future of the Age depended on shaking it out of its conservative lethargy and engaging fully with the society in which and for which it was published. Rupert Murdoch had just started the Australian, a lively modern broadsheet that was emerging as a threat to the ailing Age. After internal struggles with his conservative board, Macdonald ousted the old editorial regime and appointed Perkin editor at the age of thirty-six.

With ferocious energy Perkin put together a formidable team of executives, writers, cartoonists and illustrators; he set about transforming the Age from a dusty gray provincial sheet to a world-class newspaper that was vibrant and compelling in appearance and in content. And for Perkin it was content – news reports, feature articles, illustrations, analysis, commentary and a touch of comedy – that mattered most. Macdonald held back the baying reactionaries in the board room while Perkin sat nightly in shirtsleeves on the news desk designing the front page – usually after he had written a leader, presided at news conferences, selected pictures, commissioned articles and talked to the political and business leaders who came to court him.

Under Perkin, the Age led the dramatic but ultimately futile charge to block the hanging of Ronald Ryan, the last man to be executed in Victoria; it campaigned to save the ecologically sensitive Little Desert, which was facing sub-division; it brought down the public solicitor Allan Douglas and the Board of Works chairman Alan Croxford (both exposed by Ben Hills). It broke with its history to advocate (cautiously) a vote for Whitlam Labor in 1972, then published the first news of the Khemlani loans affair that was to wound the Whitlam government fatally. It questioned (but did not quite oppose) Australia’s role in the Vietnam war. It undertook superb social advocacy like the Minus Children campaign to improve the lives of Melbourne’s handicapped children. Under Perkin the Age was truly the scourge of governments, a fearless newspaper that became compulsory reading in Melbourne and in Canberra. But not even Perkin could save Newsday, the disastrously bad and short-lived afternoon newspaper published by the Age in 1969–70. Many former colleagues believe his early death was hastened by the extra workload imposed on him by that debacle.

Against the background of this remorseless activity there were ongoing efforts by other newspaper firms to win control of David Syme and Co and to persuade Perkin to come to work for them. Hills reveals that Perkin told Rupert Murdoch: “Why should I work for you? Your career is littered with the carcasses of dead editors.” Hills deals mercilessly with Syme chairman E.H.B. Neill, Ranald Macdonald’s step-father, a preposterously pompous former junior officer (major) in the Seaforth Highlanders who treacherously sold the shares that gave Fairfax control of the Age and had the gall to promote himself to lieutenant colonel in civilian life. Naturally Neill demanded to be addressed as “Colonel” and, Hills writes, once explained his late arrival at a function by saying, “D’you know I’d given my man the evening off, so I had to dress myself.”

Through it all, until his death, Perkin retained the high standards of personal rectitude that came from his Methodist background. He did not allow his business reporters to own shares; he was appalled and felt betrayed when he learned that foreign affairs columnist Bruce Grant was one of the people behind a letter signed by prominent Australians expressing support for Gough Whitlam during the 1972 campaign (Grant was to become Whitlam’s High Commissioner to India). For Perkin, newspapers were a public trust as well as a private business. He believed it was the role of the newspaper to represent the people. “If we don’t do it, who will?” he would ask. He would have embraced the Gladstonian view that the role of the newspaper was to elevate the condition of the people. For nearly a decade as editor of the Age that is what he sought to do, probing, exposing, explaining and proudly annoying governments. Margaret Whitlam once complained that the Age was making a “Hoo Ha” about something she thought unimportant. Perkin embraced the term and wrote a speech he called “The Hoo Ha Machine” to explain the role of newspapers.

Ben Hills has brought Perkin and his era back to booming vigorous life in the pages of this book. His witty sports editor David Austin perhaps best summed up what it was like to work with Perkin. “It was almost like batting with Bradman,” he told Hills. Today’s editors are, by contrast, mostly timid corporate managers who dumb down newspaper content and coverage and cut costs to please bean counters and marketers who believe that acres of coloured ink and giveaway cars and houses and holidays will save them from the internet tsunami. While Perkin knew the value of promoting the Age, he also knew that nothing beats news in a newspaper. Sadly that wisdom often now seems to be lost, and the age and the Age of Perkin have gone forever. •

After Graham Perkin’s death, Geoffrey Barker became assistant editor of the Age under the editorship of Les Carlyon. When Carlyon resigned for health reasons, Barker became European and later Washington correspondent of the Age. He is now a columnist for the Australian Financial Review. 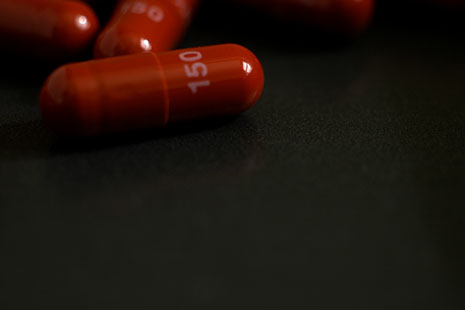