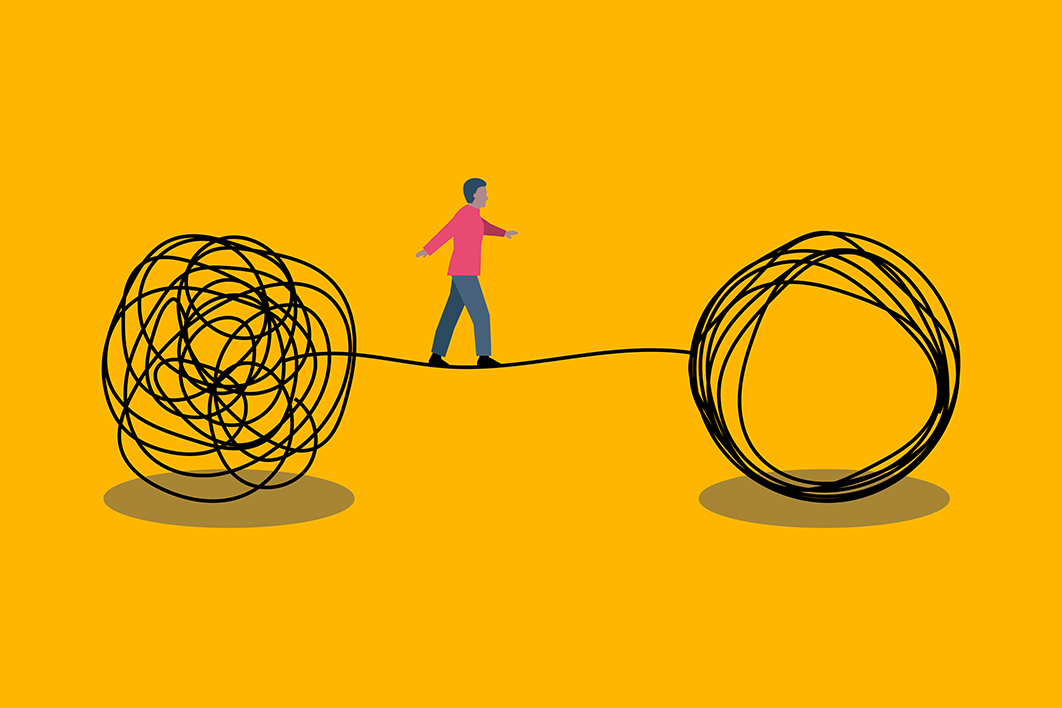 “Labels don’t directly bring disorders into being, as critics of psychiatry used to argue, but they offer scripts for the labelled to follow.” tomozina/iStockphoto

At the tender age of six, Rachel Aviv found herself confined in a psychiatric hospital. While her parents skirmished their way through a divorce, she had stopped eating. An imaginative child given to asking odd questions — “why don’t people have tails?” — she now made avoiding food her mission. To name food items was forbidden because it was magically equivalent to consuming them. The number eight was outlawed because it sounded like “ate.”

On the ward, older girls considered her “a kind of mascot, an anorexic-in-training” and taught her the tricks of the trade, from compulsive exercising to tracking her weight. Why Rachel was drawn to fasting’s “aura of martyrdom” in the first place was something of a mystery. Therapists guessed it was a response to the divorce, but the young Rachel wrote that “I had anexorea [sic] because I want to be someone better than me.”

People may lack tails, but they have tales in abundance. In her new book, Strangers to Ourselves, Aviv, a staff writer for the New Yorker, meditates on the importance of stories in shaping the trajectories of mental illness. Why did she fall precociously into anorexia before she knew what it was, and how did she escape it? How did she avoid the fate of Hava, one of the older girls who socialised her into the ascetic sisterhood, who dies of complications of the illness in her early forties? What leads some people to take paths through suffering that only deepen and entrench their distress and disability? Might better stories have steered them onto a different path?

Aviv’s contention in this very undidactic book is that the way we make sense of distress influences how it unfolds. Understanding our miseries as products of a chemical imbalance sets off a different response from seeing them as outcomes of disturbed family relationships, unconscious motives, childhood traumas or evil spirits. Each interpretive frame implies a different set of causes, different forms of empathy or stigma, different interventions, different degrees of optimism or pessimism about recovery.

Placing depression in a neurobiological frame tells people they are not to blame for their despair and offers pharmacological solutions. But it can also promote a sense of being fundamentally and enduringly broken and a chronic dependence on medications. Placing depression in a psychoanalytic frame grants more protection to the patient’s agency, but treatment is glacially slow and people, or their mothers, tend to be judged responsible for their suffering. The frames we choose, or that are chosen for us, can determine our psychological fate. “There are stories that save us, and stories that trap us, and in the midst of an illness it can be very hard to know which is which.”

Most importantly, different stories create different identities. Self-understandings crystallise around diagnostic labels, psychiatric formulations, or other identities, spiritual or political, that reject psychiatry’s insights. Aviv’s views on this process of identity construction are nuanced. Labels don’t directly bring disorders into being, as critics of psychiatry used to argue, but they offer scripts for the labelled to follow.

Over time, following these expectations for how to think, feel and act as a person with a certain condition acquires a kind of psychological momentum as the person takes up an illness career. What begins as a diet may cohere into a set of anorexic practices that gradually harden into compulsions, as “a willed pattern of behavior becomes increasingly involuntary and ingrained.” Here Aviv channels the Canadian philosopher Ian Hacking, whose idea of “dynamic nominalism” captures how concepts come to shape the reality they appear merely to name.

Aviv is at her best when illuminating the space between two polarised ways of thinking about mental illness. It is not simply a matter of choice and character, where people can be condemned for their bad decisions and personal weakness. But neither is it a matter of “chronic and intractable forces that take over our lives.” People experiencing psychiatric distress can have agency without deserving blame, and they can be in the grip of powerful unseen forces, societal or biological, without lacking all capacity to change the stories of their life.

Aviv largely avoids abstract discussions such as these, preferring to show rather than tell. The bulk of her book presents humane portraits of five subjects who in different ways have “come up against the limits of psychiatric ways of understanding.” Ray sues a psychoanalytically oriented treatment facility for failing to effectively treat his depression but remains stuck in rigid patterns of egocentricity after psychopharmacology takes its turn. Bapu flees her home and family in southern India to live near temples as a holy mendicant, forming an intimate connection to Krishna while struggling against a schizophrenia diagnosis and electroconvulsive treatment.

African American Naomi, imprisoned for killing her baby son under the delusion she was saving him from her country’s cursed racial condition, views her mental state through the lens of oppression rather than illness. Privileged Laura does the opposite, “realign[ing] her life… so it more purely expressed the way she’d been classified,” but is at a loss when her diagnosis is changed. Skilled in therapy-speak but unable to bring about personal change, she accumulates a clutch of prescriptions before embarking on an excruciating process of withdrawal.

And then there is Hava, whose life provides a counterpoint to Aviv’s, a possible past that she somehow evaded. Why did one girl on the ward sink into a chronic and ultimately fatal eating disorder and the other did not? Aviv, who is candid about her own use of anti-depressants, observes that unlike Hava, “I never felt stuck in a particular story that others had created for me.” In her experience, patients who recovered were those who found and lived by a new story.

It is perhaps no great surprise that a writer should believe stories have the power to create, mould and overcome mental illness. All of Aviv’s subjects are avid, even compulsive, writers who are driven to chronicle their experiences in search of insight and uplift. Few everyday patients are quite so literary.

Evidence for a growing hunger for diagnosis is everywhere. TikTok influencers school their followers in how to enact disorders, initiating legions of young Touretters and dissociators. People with autism form online communities that promote pride in neurodiversity, just as sexual minorities established communities in earlier times. Celebrities come out under the banner of newly popular conditions, attention deficit hyperactivity disorder currently having its moment in the Australian sun. People with “lived experience” of mental illness play an increasingly prominent role in mental health practice, policy and education. And on Twitter, mental health workers share stories of patients suing clinicians who fail to render a desired diagnosis.

With mental illness becoming a new hook on which people hang their identities, Strangers to Ourselves is a timely work. It reveals how illness-based identities have implications that can be unanticipated and mixed. They can enable and disable, clarify and obscure, foster growth and community or entrench suffering and loneliness. I can think of no better guide to this strange new reality than Rachel Aviv. •

Strangers to Ourselves: Stories of Unsettled Minds
By Rachel Aviv | Harvill Secker | $35.00 | 288 pages