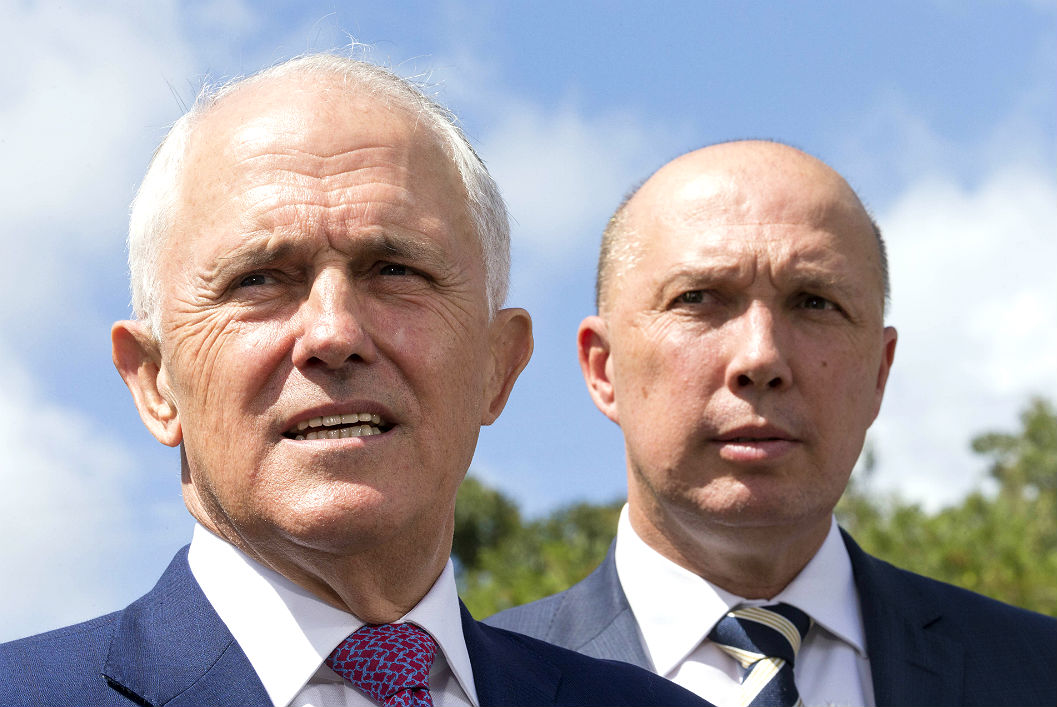 When Tony Abbott told the Sydney Institute last month that Australia’s migration program should be cut from 190,000 per annum to 110,000, government ministers from Scott Morrison down queued up to tell him he was wrong. “You’d have to drop [the intake] by 80,000,” said the treasurer. “The hit to the budget of that would be about $4 billion to $5 billion over the next four years.”

Immigration minister Peter Dutton appeared to agree: “My judgement is we have got the settings right… There’s an economic benefit to bringing people in who are skilled, who will work and pay taxes and contribute to society. It’s not just a social dividend.”

But the front page of the Australian on Tuesday this week revealed that a serious debate about the size of the migration program has been going on inside the government. The paper reported that Dutton had argued for a 20,000 reduction in the 2017–18 program before cabinet decided to hold firm at 190,000 per year. Prime minister Malcolm Turnbull initially denied adamantly that cabinet had discussed any reduction at all, then conceded that Dutton had floated the idea outside cabinet. “I have made it clear over recent weeks that I support the current level of migration,” the immigration minister tweeted later that day.

So, nothing to see here? Far from it. A small but highly significant change in Dutton’s language this week revealed an apparent effort to stealthily reduce immigration to Australia.

On the day after the Australian’s report, the Guardian quoted him as referring to a “ceiling” of 190,000 places in the migration program (which is made up mainly of skilled and family migrants). The prime minister also referred to a ceiling this week.

The word ceiling — rather than “target” or “planning level” — would have come as a surprise to anyone familiar with how the migration program works. As a federal public servant, I managed the migration program for over a decade, from 1995 to 2007, on behalf of immigration ministers Nick Bolkus, Philip Ruddock and Amanda Vanstone. None of those ministers ever used the word ceiling. All of them referred to targets and planning levels.

The department took its responsibility for meeting those targets very seriously, and continued to do so until very recently. Its report on the 2013–14 migration program, for instance, boasts that “the total migration programme outcome… was 190,000 places, on target with its planning level of 190,000.”

Delivering the program on target, despite the complex legal provisions surrounding its management, is something the department has been very proud of. It is rare for the target to be missed by more than a very small number of visas. The department’s fact sheet on managing the migration program continues to use the words “planning level” to describe the level decided by cabinet.

So it was a surprise when the department announced that the 2016–17 migration program came in at around 6400 below the planning level. The shortfall had nothing to do with a lack of demand: applications in hand during the year were more than enough to deliver the numbers decided by cabinet. And there is no evidence cabinet has ever discussed switching its approach to managing the migration program from a planning level to a ceiling.

The immigration department would only deliver numbers this far short of cabinet’s planning level if it was directed to do so, and such a direction could only come from Peter Dutton and be approved by the departmental secretary. As the prime minister himself has implicitly confirmed, the immigration minister did this without any discussion in cabinet.

Dutton’s use of the word ceiling seems to be an ex post facto justification for his decision to undermine cabinet’s 2016–17 target. He clearly intends that the 2017–18 program will also come in well below the 190,000 agreed by cabinet.

He will also count New Zealand citizens who secure permanent residence via a recently introduced visa within the skill stream of the migration program, even though they have long been residents in Australia. This is effectively a further cut to immigration levels.

Dutton will now be able to tell listeners to the Ray Hadley show (and One Nation supporters in his electorate) that he has indeed reduced immigration. He will also be able to tell the treasurer that he shouldn’t be required to find any offsetting budget savings because the program ceiling remains at 190,000.

By using the word ceiling in relation to a migration program of 190,000, will the prime minister also argue there has been no reduction in immigration levels as suggested by Tony Abbott or will Abbott argue Turnbull is starting to listen to him on immigration?

And while the government plays politics on immigration, the public is still in the dark about what good immigration policy would actually look like. ●