Scott Morrison doesn’t just have a “woman problem,” he has a masculinity problem as well 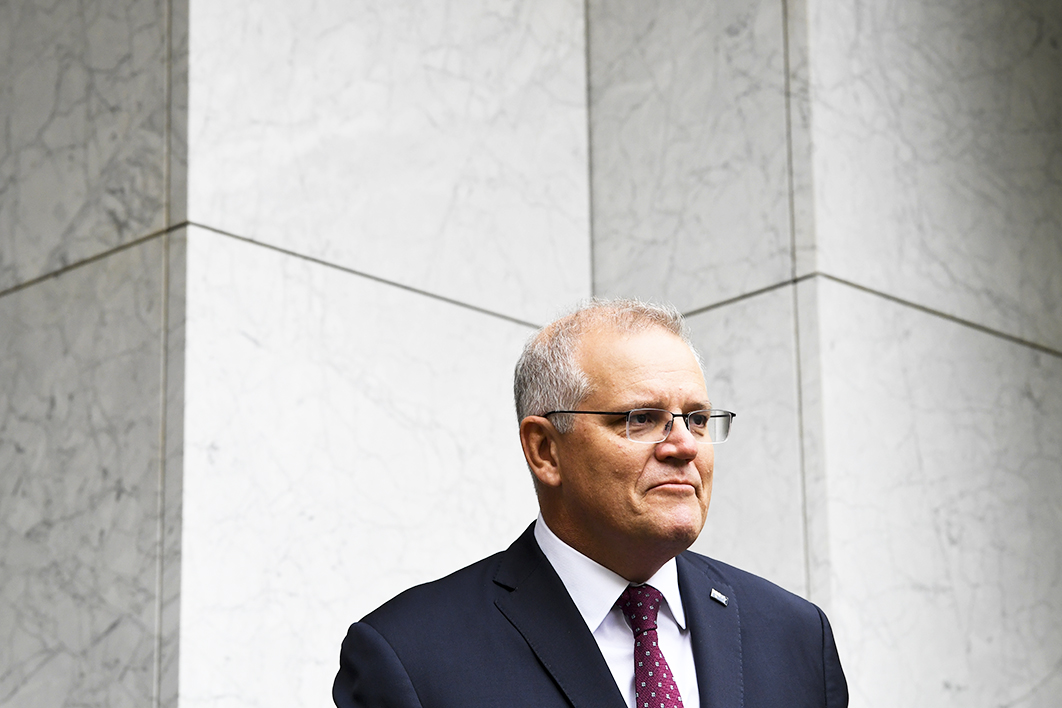 Many commentators see Scott Morrison’s poor management of recent sexual assault allegations as further evidence of the Liberal Party’s longstanding “woman problem.” But that’s only part of the story. Morrison is also showing signs of a masculinity problem that goes well beyond his “tin ear” on women’s issues.

A successful performance of masculinity has always been an important part of the image of Australia’s male prime ministers. They have often made their appeal to voters by drawing on traditional gender roles in which male heads of households are protectors of their families as well as economic providers. These traditional attributes are then transferred to the nation at large, with male prime ministers arguing they will shield their nation from harm and ensure economic security. Labor and Liberal leaders may differ in how they propose to do these things, but protective masculinity has been common to both. On this measure, Scott Morrison’s image has taken a major hit in recent weeks.

Many feminists were irritated when Morrison revealed that his views on the Brittany Higgins case had shifted when his wife, Jenny Morrison, told him, “You have to think about this as a father first. What would you want to happen if it were our girls?” What about men who don’t have wives and female children, one female journalist asked him: “Shouldn’t you have thought about it as a human being?”

But many women and men with conservative views would also have been irritated that Morrison’s wife needed to remind him of the traditional male role of protecting women. Even the Australian’s conservative columnist Janet Albrechtsen, argued that Morrison’s “woeful” performance in the Brittany Higgins case means that he “faces an uphill battle to convince Australian women that he is the man to make Canberra a safer place for them.”

Morrison has decried violence and harassment against women, and has announced several inquiries into Brittany Higgins’s case and its implications. Morrison was clearly “shocked” and “disgusted” by the latest revelations of bad behaviour by staffers. He tried to introduce a more empathetic and conciliatory tone in his press conference yesterday, but went off-script to make an inaccurate allegation about a sexual harassment case at NewsCorp. He indicated that he was open to considering quotas for female Liberal MPs as one way of changing the parliamentary culture, while emphasising that the poor treatment of women was a societal problem and attempting to implicate other parties.

All too often the government has misread the criticism of its handling of the recent allegations as a Canberra-bubble, anti-male, culture-wars issue. This fits with Morrison’s previously expressed view that women’s rights should not be raised in a divisive way that disadvantages men. According to the Australian’s Paul Kelly, the government believes that the parents among Morrison’s “quiet Australians” will sympathise with his handling of the allegations against Christian Porter because they have “both sons and daughters,” and the former may need protecting from such allegations.

Most Australians would indeed want the attorney-general to be treated fairly when he contests the allegations against him. Nonetheless, many on both sides of politics may feel the prime minister hasn’t done enough to listen to, or protect, women, particularly in the context of the Brittany Higgins allegations and the outpouring of complaints about Parliament House’s toxic culture by women on all sides of politics. Yesterday’s press conference may well be dismissed as too little, too late, and still indicative of an inadequate understanding of what women face, including within his own government.

Morrison’s failure to talk to the protesters massed outside parliament may also have alienated both progressives and conservatives. After all, “real men” face protesters — as John Howard did when he courageously fronted up at a rally opposing his protective gun control laws in the wake of the Port Arthur massacre. Howard’s only regret was that he was talked into wearing an obvious bulletproof vest because death threats had been made against him. By contrast, Morrison made the tone-deaf comment that it was a great testament to Australian democracy that women could protest without being shot (as was happening to protesters in Myanmar). That extraordinarily inept remark once again brought his protective masculinity into question.

Morrison doesn’t hesitate to support conventional forms of masculinity and femininity when it comes to classrooms and toilet doors, but he doesn’t appear to have thought through the implications for his own image. The daggy-dad-from-the-suburbs persona served him well against Bill Shorten in the 2019 election campaign but comes with other gendered obligations he has been less able to live up to.

This is not the first time Scott Morrison has had a serious fail in this respect. His first occurred over the Sydney bushfires, when he was off holidaying in Hawaii while some other daggy dads were evacuating their families and trying to protect their homes. As the volunteer firefighter Paul Parker, who yelled expletive-laden abuse at the prime minister from his fire truck, said later, “a real man would not have left his country when it was in turmoil,” adding that “Bob Hawke wouldn’t have left… and John Howard wouldn’t have left, either.”

Morrison recovered by being seen to play a major role in keeping the country safe from Covid-19 (even if the premiers did a lot of the practical heavy lifting). His government’s massive economic stimulus package also helped protect many employees and businesses from economic disaster.

But new challenges lie ahead for Morrison in relation to protective masculinity, and not just in the minefield of “women’s” issues. Part of the reason Joe Biden won the US election was that he convinced enough voters that he would be much better at protecting them from Covid-19 than Donald Trump had been. British prime minister Boris Johnson has partly recovered from his government’s shambolic handling of the pandemic by ensuring an amazingly speedy vaccine rollout.

Morrison has so far survived potential disasters in federally regulated areas such as aged care and quarantine. But he may still face difficulties if the Australian vaccine rollout continues to encounter major problems and delays. ScoMo can’t afford to be renamed SloMo or lampooned over JabSeeker deficiencies. The slow rollout could also delay rebuilding the economy, yet the government is ending JobKeeper and further reducing JobSeeker payments from next Thursday. His image as a protector from Covid-19 and economic insecurity is potentially under threat.

In other words, Scott Morrison doesn’t just need to address his woman problem, he also needs to deal with his protective masculinity problem. •

Carol Johnson is Emerita Professor of Politics at the University of Adelaide. This article draws on her contribution to Gender Politics: Navigating Political Leadership in Australia, edited by Zareh Ghazarian and Katrina Lee-Koo, to be published by UNSW Press in May.

What went right in the twentieth century

Why haven’t we learned more from the West’s golden age, the long postwar boom? 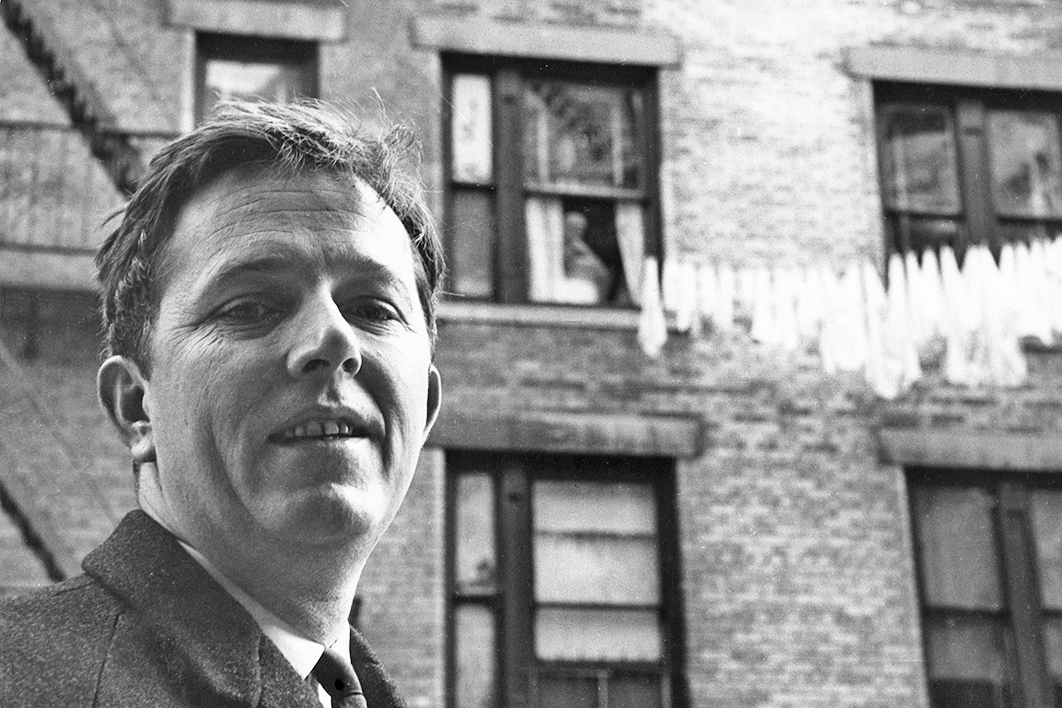