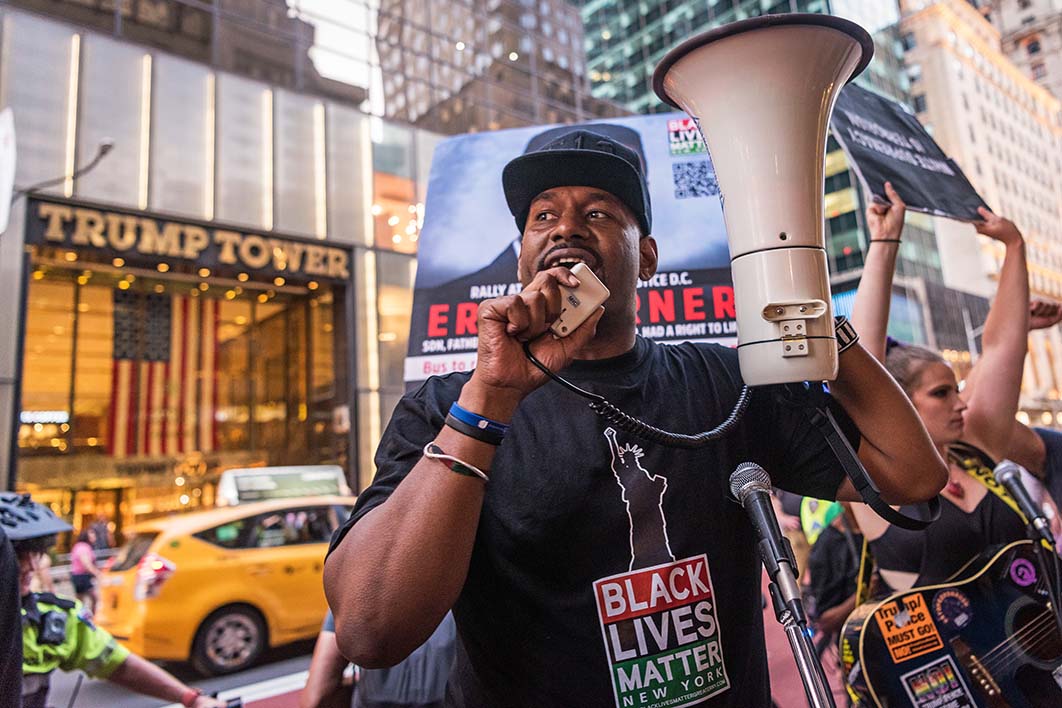 Shadows of Doubt: Stereotypes, Crime, and the Pursuit of Justice
By Brendan O’Flaherty and Rajiv Sethi | Harvard University Press  | $66.99 | 372 pages

The dust jacket of this book promises much. “I cannot conceive of a more important, judicious, well-reasoned, imaginative, comprehensive contribution to the debates about criminal justice,” writes Harvard University’s Danielle Allen. “I hope its influence will be broad, deep and permanent.”

The “pursuit of justice” has presented the United States with intractable problems and budget blowouts for decades, and it’s true that this is a comprehensive and well-written analysis. Brendan O’Flaherty and Rajiv Sethi expose the malaise that bedevils the current American criminal justice system. But anyone hoping that this book is a silver bullet will be disappointed. The evidence is already out there in abundance and, as the authors point out, American policymakers have shown very little enthusiasm for the necessary change.

The sad reality is that the punitive edicts emerging continuously from the various state legislatures (and from a Supreme Court that turns away advocates for the abolition of the death penalty or a limit on the ready availability of firearms) ensure that current trends are not likely to reverse in the foreseeable future. Despite making a clarion call for reform, this book is unlikely to bring about “broad, deep and permanent” change for two reasons: the problems are entrenched in the system, and the authors offer very little in the way of alternatives. Its great value is to remind readers that we have the evidence to spark change if people are listening.

O’Flaherty and Sethi’s approach to their subject is, however, a little different from that of the usual “justice” writers (criminologists, psychologists, sociologists and political scientists). For a start, both of them are economists, and economics has the potential to make a fine contribution to debates about how limited funds are to be spent. Is it better, for example, to spend $90,000 per year keeping a prisoner behind bars or to invest the same amount in paying social workers to see that “at-risk” young people are teamed with mentors to prevent their sliding into crime?

Economists might be in a perfect position to make those sorts of judgements, but they are not always correct. In a famous recent instance, Steven D. Levitt and Stephen J. Dubner concluded that a great deal of violent crime in the United States had been prevented by the Supreme Court decision in Roe v Wade (1973), the case that opened the way for legalised abortion in that country. Their idea, outlined in their 2005 book, Freakonomics: A Rogue Economist Explores the Hidden Side of Everything, drew on the evidence of a considerable drop in violent crime around 1995 (a trend that continues to this day). Allowing women to terminate their pregnancies legally, they reasoned, had reduced the number of children who were either unwanted or could not be adequately cared for. This, in turn, led to fewer troubled young people on the streets who would later (in their late teens) turn to violent crime.

Levitt and Dubner’s dates do indeed stack up: the troubled children who would have been born in the years following Roe v Wade would all have been entering their late teens by the mid 1990s. Which is all well and good, except for the fact that violent crime also fell in dozens of comparable nations where neither abortion law nor policy had changed. (One could also note that any justice reform that encouraged abortions as a way of limiting future crime would not last a nanosecond in a policy forum.)

Although the book is marketed as focusing on stereotypes, that is not entirely true. The first of the book’s two parts does indeed show how so much of American criminal justice practice is framed by stereotypes. This is evident, the authors say, in how potential victims respond to threats, how witnesses remember things, how police officers use racial profiling, and how jurors, prosecutors and judges downplay or ignore the presumption of innocence. Moreover, the media play a crucial role by failing to dispel common myths about crime. For example, statistics tell us that most African-American victims die at the hands of other African Americans, while the killers of whites are typically white themselves. This evidence contradicts the popular belief that white people are at constant risk of being harmed by black people.

But the authors focus the bulk of their attention on the injustices of the US criminal justice system itself, including aggressive jury vetting, the over-representation of Latinos and people of colour in prison, the preponderance of gun crime, the underfunding of rehabilitation programs and practices, and the unhealthy politics of prosecutorial discretion. Here, their narrative is powerful and broad, drawing on solid statistical sources — though it is unfortunate that they don’t mention, let alone discuss, Todd Clear and Natasha Frost’s seminal work, The Punishment Imperative: The Rise and Failure of Mass Incarceration in America, in their discussion of the impossibly high rate of imprisonment.

The book’s treatment of lethal force by the police (pointing out that current practices neither save lives nor make police any safer) is exceptionally good, although its failure to mention the case of Justine Damond is odd indeed. Damond was the Australian woman shot dead by Minneapolis police officer Mohamed Noor in 2017 after she called 911 to report a possible rape in an alley behind her home. Noor was found guilty of third-degree murder and second-degree manslaughter and sentenced to more than twelve years in prison.

Decades of valuable criminological research show the path that needs to be taken by communities, by governments, and by private and not-for-profit organisations to create more secure communities and less fear of crime. We have a large and growing body of criminological literature, datasets and other statistical information that allow us to consider the best options for the delivery of a safe and secure country at a palatable price. These authors add to that literature.

This literature tells us that we can, with appropriately directed resources, turn broken lives around; we can divert young people from careers in crime; we can do our policing more legitimately and thus more effectively; we can train old and new police in “hot spot” and intelligence-led policing; we can assist young families to cope with the vicissitudes of life; and we can bring stability to dysfunctional families all in the name of crime control. But it can only be done if there is political will.

O’Flaherty and Sethi end with a chapter entitled “Hope.” It summarises anew the futility of relying on military-minded police and punitive sentences to solve the crime problem. But it makes no mention of restorative justice theory, or therapeutic models of justice delivery, or the policies of justice reinvestment. Passing reference to those ideas would have rounded out the discussion nicely.

Indeed, I would have preferred a stronger ending, one that built on the conclusion that it’s time to end many current US justice practices and policies — the death penalty, for example, which is still available in thirty-one states; and the election of judges and prosecutors, which persists in some jurisdictions despite the clear implications for political interference.

Shadows of Doubt is a good read for those seeking to locate the many holes in the arguments of the more conservative justice practitioners in the United States. These are the people who maintain that their country is meeting the standards espoused in the national pledge of allegiance: that if you are a victim, a suspect or a convicted person you will be treated “with liberty and justice.” The evidence clearly shows otherwise. •

Television | Binge-watching with polymath Clive James, who died this week 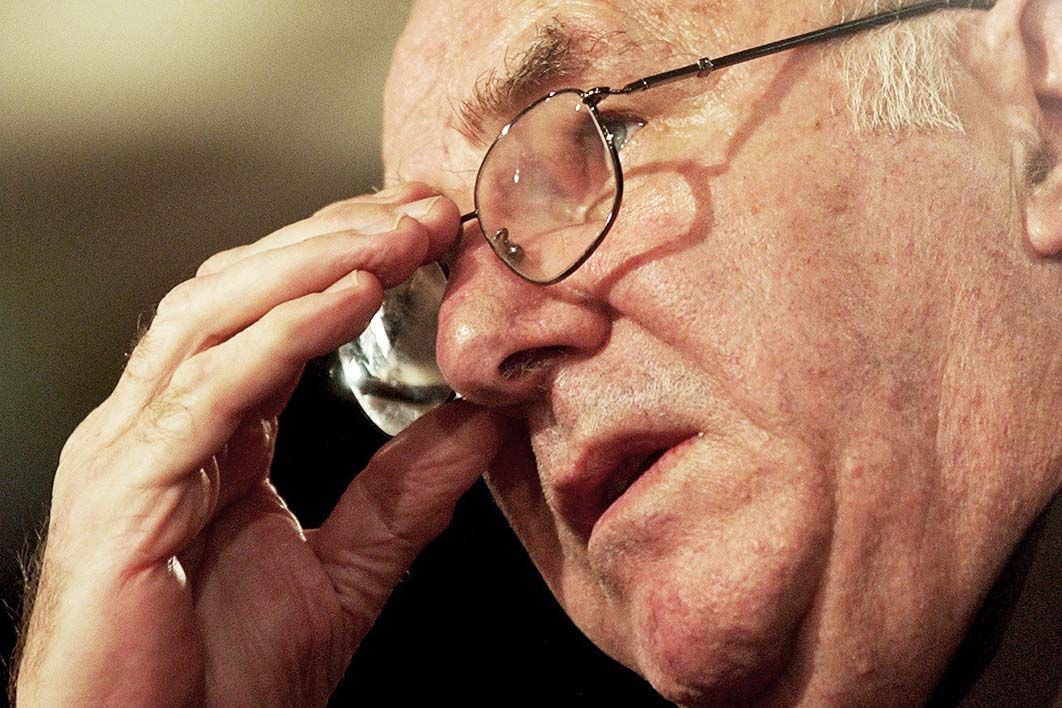