In the shadow of America’s deficit

With the US–China trade war escalating, the risks of a downturn are starting to overshadow the positive economic news

Under pressure: Federal Reserve chairman Jerome Powell speaks to journalists on 26 September after raising a key US interest rate for the third time this year. Susan Walsh/AP Photo 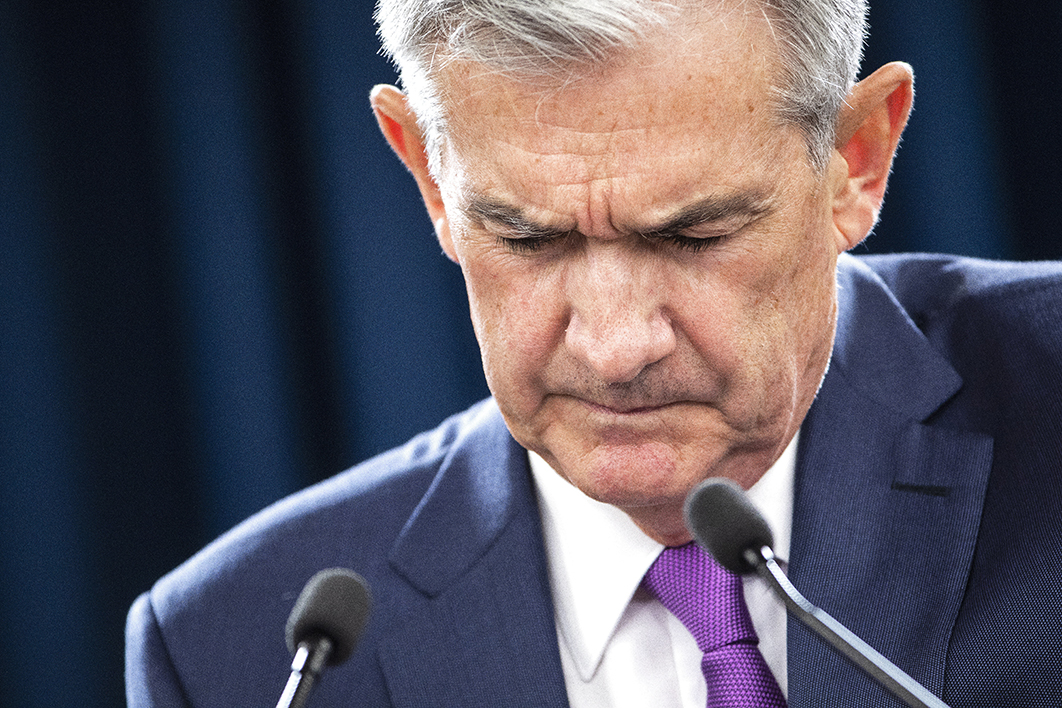 Under pressure: Federal Reserve chairman Jerome Powell speaks to journalists on 26 September after raising a key US interest rate for the third time this year. Susan Walsh/AP Photo

The US stock market finished last week more than 4 per cent down, despite a strong bounce-back on Friday. This is the third time this year that it has fallen more than 4 per cent in a week — and the first time since 2011 that we’ve seen a triple-fall of this kind. Even so, the US market is still up by 3.5 per cent so far this year, whereas almost every other stockmarket in the world has lost ground. That’s probably partly because the US economy is one of only a handful in which growth has accelerated this year — in contrast to the more synchronised pickup last year.

But while growth in economic activity — and hence, as we usually assume, in corporate earnings — is one driver of sharemarket valuations, it’s far from being the only one. Another hugely important factor is the rate at which projected future growth in profits is “discounted” — that is, brought back to present-day values. Typically, expected future earnings are discounted using a benchmark “risk-free rate” plus a margin intended to reflect the risk that attaches to any forecasting in an uncertain world. And the most commonly used risk-free rate is the yield on government bonds — reflecting the assumption that, at least in most advanced economies, the probability that the government will default on its bonds is zero.

That’s why the yield on ten-year US government bonds (or “Treasuries”) is often referred to as the most important interest rate in the world. Early last week, the US ten-year Treasury bond yield reached 3.23 per cent — its highest level since April 2011 — having been above 3 per cent since mid-September.

Although the ten-year bond has flirted with the 3 per cent level on a couple of earlier occasions this year (in May and August), those moves weren’t sustained. But the bond market now seems more convinced that the US Federal Reserve, under its Trump-appointed chairman Jerome Powell, is set on a path of returning US monetary policy settings to “neutral” — that is, to a point where monetary policy is no longer seen as providing some support to economic activity, as it has been since the onset of the global financial crisis. Most economists, and the Fed itself, think that neutral monetary policy means a “fed funds rate” (the American equivalent of the Reserve Bank of Australia’s official cash rate) of 3 to 3.25 per cent, a full percentage point above its current level.

Donald Trump, for one, doesn’t like that prospect. He described the Federal Reserve as “crazy” and “loco” for lifting rates, even though it is doing what he criticised Powell’s predecessor, Janet Yellen, for not doing in 2016, when unemployment was higher, and inflation lower, than it is today.

Today the US unemployment rate is 3.7 per cent, the lowest since 1969; and the Fed’s preferred measure of core inflation is at 2.0 per cent, bang on its target. What would really be crazy would be for the Fed to maintain an accommodative monetary policy in this context — especially now that the Trump administration has set fiscal policy on a massively expansionary course, with the budget deficit having blown out from US$586 billion to over US$890 billion (or by the equivalent of 1.5 per cent of GDP) since the president assumed office.

Not only are US short-term interest rates likely to be rising steadily at least until the end of next year: the US Treasury will also be issuing a lot more bonds in order to finance the administration’s growing budget deficits, and the Federal Reserve will be redeeming more of the bonds it has accumulated over the past decade as it continues to unwind the “quantitative easing” instituted by Ben Bernanke, and continued under Janet Yellen, in circumstances very different from today’s. All of these factors are likely to maintain upward pressure on US long-term interest rates.

But that isn’t the only concern now weighing on investors’ collective thoughts. While the acceleration in US economic growth, and thus in prospective corporate earnings, appears to have been sufficient up until now to offset the dampening effect of rising bond yields on stockmarket valuations, doubts emerging about how sustainable this year’s faster pace of growth may be.

One source of worry is that whatever impetus the Trump tax cuts are providing to economic growth — and, notwithstanding the stated rationale for those tax cuts, that seems to be coming more through household spending than from business investment — will reverse in 2020.

An even greater concern is the possible impact of the trade war developing between the United States and China. Optimists say that the tariffs imposed by the two countries on each other’s exports only affect a relatively small proportion of each country’s GDP, but such calculations don’t take in the adverse effects these measures are beginning to have on business confidence. Modelling by the International Monetary Fund in its latest World Economic Outlook, published last week, suggests that their effects on business confidence and market sentiment could be at least as large as their direct impact on growth. And while confidence among American small businesses remains near a four-decade high, confidence among chief executives of larger companies, who are more exposed to international trade, has fallen to its lowest level in two years.

Australia’s own Reserve Bank echoed these concerns on Friday in its latest Financial Stability Review. Although the direct impact of the measures announced to date has been “relatively modest,” it said, if the “imposition of trade barriers were to intensify, or if it materially affected business sentiment and decisions, the negative impacts on economic growth could be more significant.”

The Financial Stability Review also pointed to another potential risk for stockmarkets highlighted by last week’s upheavals. In addition to the boost that low risk-free rates have been giving asset prices in recent years, “the compensation that investors require for bearing risk” — when they invest in equities, or corporate debt, rather than in government bonds — “is also low.” This means that there is “a heightened possibility that an increase in expected or realised inflation, or a negative growth shock, could result in a significant and widespread rise in volatility and repricing in financial assets” (those last few words being central bank–speak for “lower prices”).

It would be a brave call to say that last week’s sharp falls on Wall Street represent the beginning of a bear market in US stocks. We’ve had two similar episodes earlier this year, and last week ended on an up note. But there seem to be more things that could possibly go wrong, and aren’t “in the price,” than there are things that could go right. Most of the things which could go right are already factored in by investors.

In particular, the era of cheap money is drawing to a close. And that must imply a different investment environment from that of the past few years. •

Saul Eslake is a Vice-Chancellor’s Fellow at the University of Tasmania and an independent consulting economist.

What’s love got to do with it?

Books | Like Martin Luther King, philosopher Martha Nussbaum wants to take the anger out of democracy

Blame the deed not the doer: the Rev. Martin Luther King Jr is welcomed by his wife Coretta after his conviction for conspiracy to boycott buses during the desegregation campaign was suspended pending appeal on 22 March 1956. Gene Herrick/AP Photo 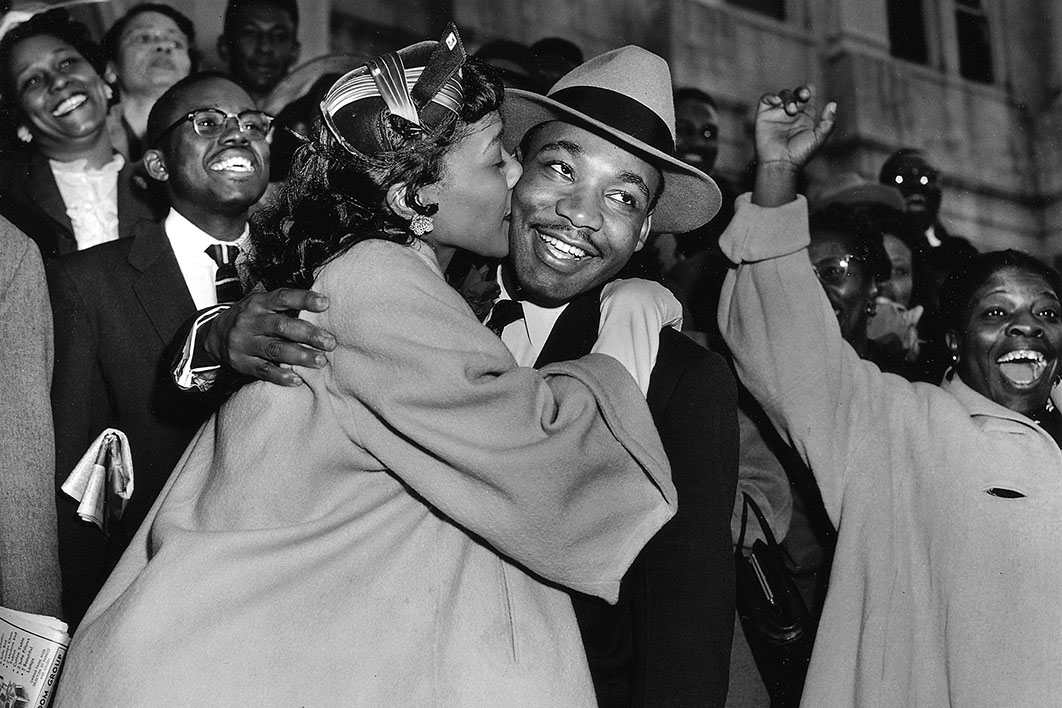 Blame the deed not the doer: the Rev. Martin Luther King Jr is welcomed by his wife Coretta after his conviction for conspiracy to boycott buses during the desegregation campaign was suspended pending appeal on 22 March 1956. Gene Herrick/AP Photo