In the spirit of international solidarity

The bid to create a UN convention on territorial asylum might have failed, but it points to possibilities still worth pursuing 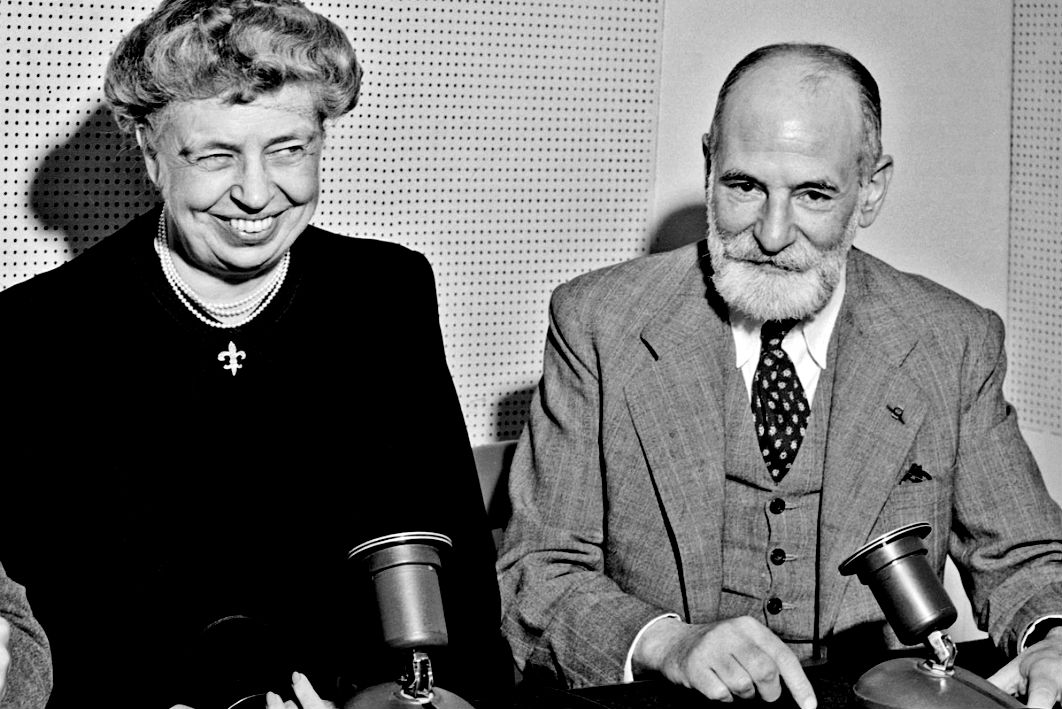 The fiftieth anniversary of Resolution 2312, adopted unanimously by the twenty-second session of the United Nations General Assembly, is likely to pass unnoticed. Lists of significant dates in world history make no reference to the decision to adopt the Declaration on Territorial Asylum at that 1631st plenary meeting on 14 December 1967.

That isn’t surprising. A declaration, unlike a convention, is non-binding, and no UN member state would adapt its behaviour today to conform with principles adopted fifty years ago. But the presumed irrelevance of the 1967 declaration also has to do with the weakness of the principles it enshrines. It espouses the rights of nation-states to grant asylum, and to define their grounds for doing so, as they see fit. It does not say that those seeking asylum have the right to be granted asylum.

But there are still at least two reasons to commemorate Resolution 2312. First, we may want to mourn the end of a road: the 1967 declaration was the last instrument dealing with asylum that the international community agreed to. (Plans for a convention on asylum were put to rest in 1977, when a conference of plenipotentiaries failed to agree on a text.) Second, we could think of the declaration as a reminder of a promise that remains to be fulfilled. Other UN declarations assumed significance because they were the first step towards treaties. Attempts to agree on a convention on territorial asylum failed dismally, leaving the declaration stranded, but that’s not an indication of the worthiness, or otherwise, of such an international instrument.

The history of the 1967 declaration begins in 1948, when the Human Rights Commission, asked to prepare a draft of what became the Universal Declaration of Human Rights, proposed that such a declaration should include the following articles: “Everyone has the right to leave any country, including his own” (draft article 11(2)), and “Everyone has the right to seek and be granted, in other countries, asylum from persecution” (draft article 12(1)).

In subsequent discussions in the Social, Humanitarian and Cultural Affairs Committee, usually known as the Third Committee, UN member states raised concerns about the duty on states implied in draft article 12(1). The minutes of the Third Committee meeting of 3 November 1948 record that the Australian delegation — led by the ambassador to the Soviet Union, Alan Watt — “pointed out that formulas implying obligation must be avoided in the text of the declaration of human rights,” which ought to be a “precise statement of the fundamental rights of man and must make no reference to the corresponding obligations of the State.” Australia therefore supported a proposal by Saudi Arabia to delete the words “and be granted” from the draft. By the time the General Assembly voted on the Universal Declaration on 10 December 1948, draft article 12(1) had become Article 14(1): “Everyone has the right to seek and to enjoy in other countries asylum from persecution.”

For some of the international lawyers who had contributed to the discussions about the Universal Declaration, Article 14 was unsatisfactory. Hersch Lauterpacht, for example, thought that the formula adopted by the General Assembly was “artificial to the point of flippancy” and that it would have been preferable if a reference to the right to asylum had been left out of the Declaration altogether.

René Cassin, who represented France in Third Committee discussions, was similarly dissatisfied. But he also found the draft article 12 wanting, because it failed “to indicate whose duty it would be to give effect to the right of asylum affirmed in the declaration.” In the Third Committee, France had unsuccessfully proposed to amend the draft by adding a sentence that spelled out this duty: “Everyone has the right to seek and be granted, in other countries, asylum from persecution. The United Nations, in concert with Countries concerned, is required to secure such asylum for him.”

The Universal Declaration was envisaged to be a stepping stone for a binding instrument on human rights. In 1966, the UN General Assembly adopted the International Covenant on Civil and Political Rights, but it contained no right to asylum. As early as 1952, the Commission on Human Rights had abandoned attempts to include a right to asylum in a draft covenant. In its report, the commission summarised the arguments put forward against such an article:

It was stated that there was no fundamental right of the individual to be granted asylum but only a right of the State to extend its protection to him; that it was at once impracticable and undesirable to impose on States the obligation in advance of opening their territory to an unascertainable number of persons who might qualify for asylum.

Five years after the Commission on Human Rights had decided to omit the right to asylum from the draft covenant on human rights, Cassin, by then chair of the commission (and leader of the French delegation), initiated another attempt to enshrine the right to asylum in international law. This time, he proposed a separate declaration.

Cassin reintroduced the idea that a right to asylum would be viable as long as the obligation to grant asylum rested with the international community, rather than only with the nation-state on whose territory an individual sought asylum. Article 1 of a draft declaration on the right of asylum, which France submitted to the Commission on Human Rights in April 1957, read: “Responsibility for granting asylum to persons requesting it shall lie with the international community as represented by the United Nations.”

Article 4 of the French draft spelled out how the United Nations was to meet its responsibilities: it “shall, in the spirit of international solidarity, consult with States as to the most effective means of providing help and assistance” to those entitled to seek asylum. But the United Nations envisaged in the French draft was not merely an organisation in New York; rather, it was the sum total of its member states. According to the draft introduced by Cassin, the obligation to protect “everyone whose life, person or liberty is threatened, in violation of the principles of the Universal Declaration of Human Rights” therefore also rested with individual nation-states. The second part of draft article 4 read:

It took ten years for Cassin’s initiative to bear fruit, because several UN members objected to the sentiment and substance of the French proposal. Australia had more reservations than most. Former crown solicitor Fred Whitlam (whose son Gough would later be prime minister) summarised Australia’s concerns when he wrote in 1958 that the French draft amounted to a “substantial inroad on national sovereignty.”

The Declaration on Territorial Asylum eventually adopted in December 1967 was a watered-down version of the French draft. But it still contained a reference to the “spirit of international solidarity” and thus to the idea that the human right to seek and be granted asylum, on the one hand, and national sovereignty, on the other, could only be reconciled if the international community agreed on the principle of burden-sharing.

Today, the ideals that informed the Universal Declaration’s draft article 12(1) — “Everyone has the right to seek and be granted, in other countries, asylum from persecution” — seem even further removed from reality than they were fifty years ago. Rather than admitting “to their territory persons granted asylum in the first instance by another State” in the spirit of international solidarity, nation-states have become adept at off-loading people seeking asylum.

Israel’s plan to deport tens of thousands of Eritreans and Sudanese to Rwanda and Uganda is only the latest example. Australia’s Pacific “solution” is another. The haggling over the distribution of refugees in Europe is also evidence that today, more than ever before, the so-called refugee crisis is in the first instance a “crisis of solidarity,” as UN Secretary-General Ban Ki-moon observed last year.

It has been largely forgotten that the right to asylum is different from the rights afforded to refugees in the 1951 Convention Relating to the Status of Refugees (whose articles do not once mention the word asylum). Those advocating for displaced persons tend to focus on the 1951 Convention, although the drafters of that treaty were not primarily concerned with the rights of people seeking asylum. Paying attention to a dead end of history, the ultimately failed attempts to enshrine the right to asylum in international law, which culminated in the 1967 Declaration on Territorial Asylum, may allow us to broaden our discussions about the challenges posed by global displacement and forced migration.

A year after the UN General Assembly adopted the Declaration on Territorial Asylum, the Norwegian parliamentarian Aase Lionæs spoke at the presentation of the 1968 Nobel Peace Prize to René Cassin, who was being honoured as one of the architects of the 1948 Universal Declaration of Human Rights. Lionæs said that the Universal Declaration had put “a dividing line in history. It breaks away from the old, set doctrines of international law; yes, it allows us to look out over the boundaries of the old sovereign states toward a world society.”

In a similar fashion, the long-forgotten 1967 Declaration on Territorial Asylum might allow us to see beyond the constraints of national sovereignty. We might get no more than a fleeting glimpse, but it could remind us of the need to envisage and work for alternative futures. ●

Klaus Neumann is Professor of History at Deakin University. His books include Across the Seas: Australia’s Response to Refugees: A History.