And the truth about China’s intentions probably lies somewhere between 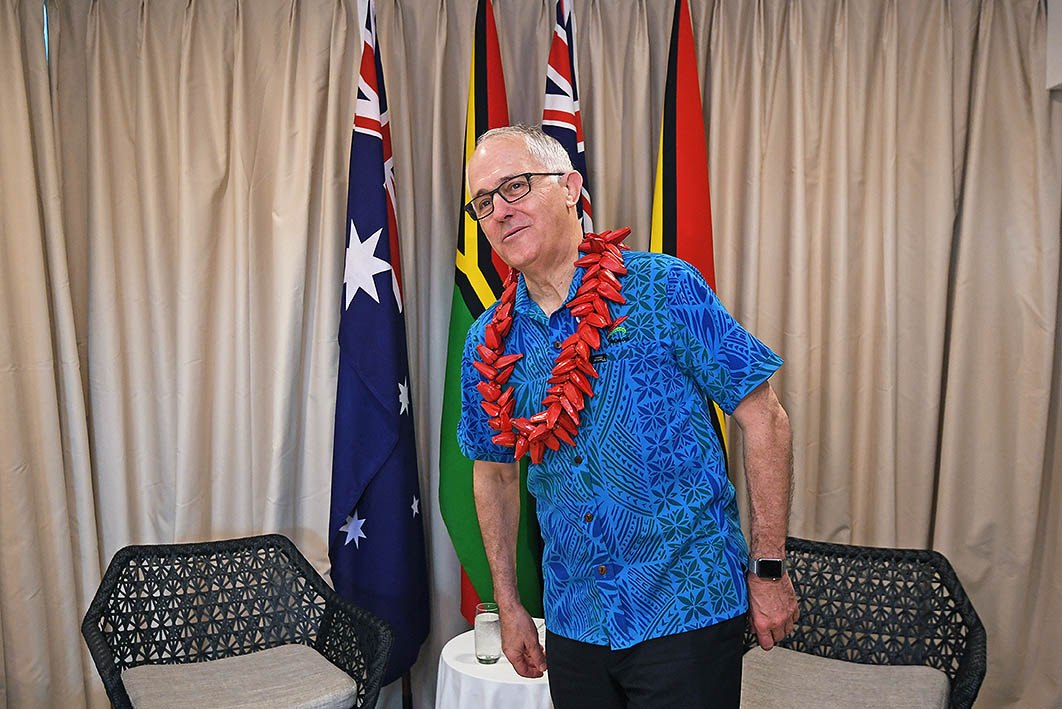 Is there any basis to all this base talk? On the Australian side, everyone from the prime minister down expresses “great concern” about a Chinese military installation in Vanuatu. Vanuatu’s foreign minister is “not very happy about the standard of reporting in the Australian media.” And the government of the People’s Republic of China, when it chooses to comment, goes with “ridiculous” and, inevitably, charges of “fake news.”

Yet the reports seem to be based on something. Fairfax journalist David Wroe is well respected, and judging by the fact that his sources are notably reticent and he attended a Lowy Institute security workshop just last week, it could be based on information from intelligence agencies.

Plausible deniability is built into the story. Wroe argues that a dual-use facility will be developed incrementally around the Luganville Wharf on Santo Island. He isn’t claiming that we will see it immediately transformed into a base for troops ready to protect China’s interests in Vanuatu. And those interests — beyond fishing, possible future seabed mining, and a handful of business migrants with whom the Chinese party-state has a troubled relationship — are negligible.

Incremental or otherwise, we are a long way off a permanent Chinese military presence in the Pacific. Military-to-military ties in the region are minimal (Timor-Leste is the only country hosting a Chinese defence attaché) and only two other countries in the South Pacific — Papua New Guinea and Fiji — have defence forces. The Vanuatu Mobile Force is a paramilitary outfit answerable to the police and will likely stay that way, although it has aspirations that the People’s Liberation Army could conceivably feed.

Perhaps foolishly, I made an on-the-record prediction that China is likely to have a base in the South Pacific within the next five to ten years. Despite the fact that Luganville would make an excellent harbour, Vanuatu would not have been my first pick: Tonga, Fiji and even Papua New Guinea look more likely. It might even be the case that this week’s controversy isn’t about Vanuatu at all — that it’s really an amplified message to Pacific leaders from Australia’s political and defence establishment. Papua New Guinea, whose foreign minister is currently visiting China ahead of the APEC summit on a promise that China will “promote greater development of [the] bilateral strategic partnership,” won’t have missed the memo.

President Xi Jinping will be visiting Papua New Guinea for the first time in November for the summit, and will announce substantial aid, military and commercial initiatives. Canberra’s message could be that two out of three are welcome. More scholarships and help for PNG’s cashflow crisis are likely, but those providing this information seem to hope it won’t extend to defence matériel or an exchange of defence attachés.

The messaging could also have a domestic dimension. In diplomatic terms, there’s a case that China has been putting in more effort than Vanuatu’s “strategic partner of choice” (that’s Australia, according to foreign minister Julie Bishop). Vanuatu’s prime minister, Charlot Salwai, has been to China twice in two years but has yet to visit Australia. Canberra gives more aid than Beijing does; but Chinese aid is responsive to the needs of Vanuatu’s leaders. Moreover, further cuts to the Australian aid budget have been mooted, with entire sectors said to be in treasurer Scott Morrison’s crosshairs.

But let’s entertain the notion that the intelligence provided to Fairfax has some basis. Leaving aside Vanuatu’s potential strategic importance, another explanation emerges if we step back from “China” to unpack which Beijing-linked figures are active on the ground in Vanuatu.

The main Chinese contractor on the Luganville Wharf is the Shanghai Construction Group, or SCG. This company, like the China Civil Engineering Construction Corporation and various arms of China Railway Group, is ubiquitous across the Pacific. I’ve come across them in many places, and even helped extract one of their managers from a police lock-up (despite the clumsiest effort at bribery in recorded history). The SCG is ambitious and more than willing to lean on and lubricate Pacific officials to achieve its goal of rapid expansion across the region.

In the case of the wharf, where Australian spooks might see a calculated plan to link to the airport, expand communications facilities or maintain and refuel ships, SCG sees Phase II, III and IV. Chinese contractors are legitimately looking for more work, and once you’re established in a remote island nation with plant and labour on hand, why not find ways to keep working rather than pack up and go home?

While these companies are usually state-owned, giving them the heft to negotiate finance from the Chinese state, their Pacific-based managers enjoy considerable autonomy. Just as Chinese companies reverse-engineer aid projects by pitching them to agencies back home in coordination with Pacific partners, a reverse-engineered facility is not out of the question. The China Civil Engineering Construction Corporation in particular was heavily involved in the Djibouti base.

A space-tracking facility to coordinate with Chinese research and space-tracking ships makes more strategic sense than a naval base. WikiLeaks cables revealed an offer to build a radar array in Timor-Leste to monitor shipping in the Wetar Strait. The offer, reported to US officials by then deputy prime minister José Guterres, was declined. China did build a space-tracking station on Tarawa atoll in Kiribati in the late 1990s, although targeted dollar diplomacy saw the government there flip recognition to Taiwan in 2003, so the equipment couldn’t have been crucial to Beijing’s efforts. But space is a higher priority now, one of three “strategic frontiers” for the People’s Liberation Army’s Strategic Support Force.

A fully fledged base, Djibouti-style, is unlikely. Vanuatu takes its non-aligned status seriously, and it’s not clear what People’s Liberation Army troops would do in the middle of the Pacific, far from crucial sea lanes and commercial interests. While it’s unwise to rule out anything in Xi Jinping’s new era, the current version of this tale looks baseless. •

Graeme Smith is a Fellow with the Department of Pacific Affairs at the Australian National University and hosts The Little Red Podcast, a finalist in the news and current affairs section of the Australian Podcast Awards. 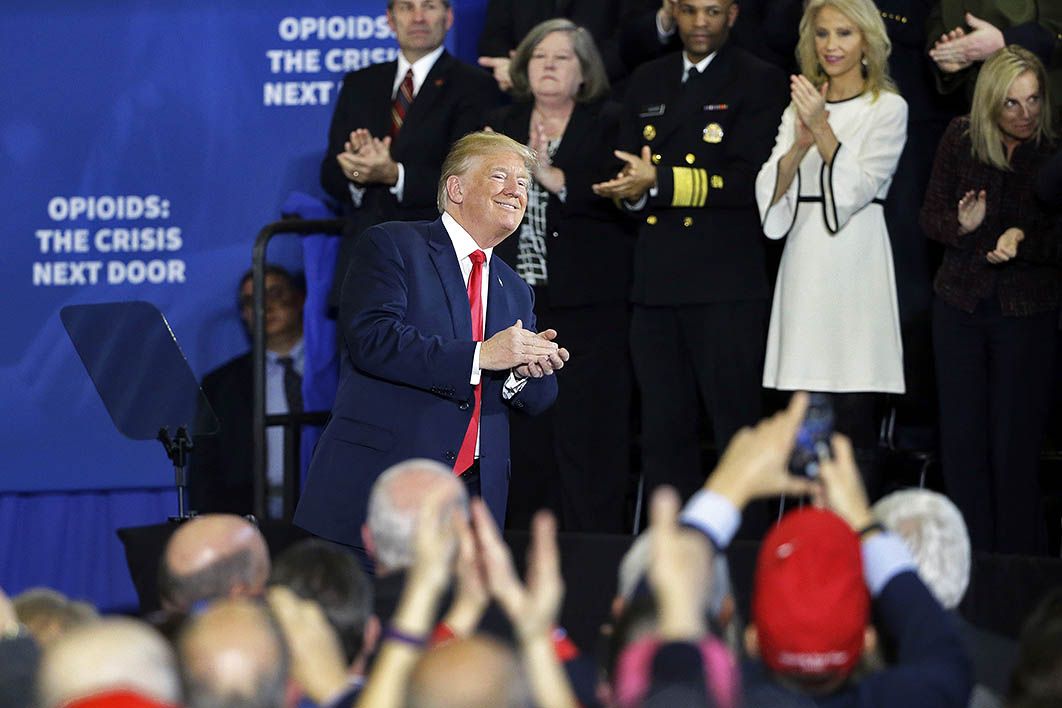