Was the climate debate pushed off course by a misconceived strategy of persuasion? 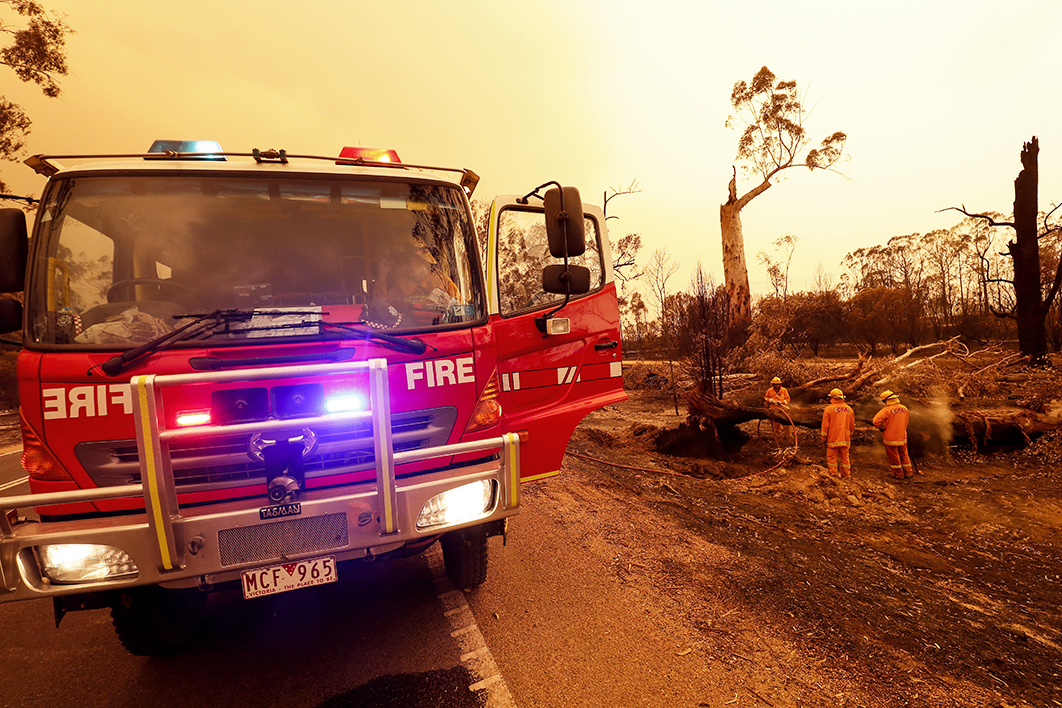 “Just cool your jets, everybody,” NSW transport minister Andrew Constance told RN Breakfast listeners after last weekend’s nightmare conditions in Bega, the region he represents in state parliament. This is a time to focus on immediate needs, he insisted. “People are very angry about debates at the moment.”

He’s right to call for a cooling of tempers, but the claim that people are “angry about the debates” makes no sense. We are in a situation in which anger and debate can’t be separated; they are fuelling each other in an escalating feedback loop. Every day of this unfolding calamity has seen a flare-up go viral, as firefighters and displaced community members vent their fury on those they hold responsible.

Some, in accord with the Morrison government’s line of rhetoric, blame environmentalists and “inner city raving lunatics” for impeding hazard-reduction plans. Others blame the government and its backers in corporate media for fostering what former prime minister Kevin Rudd calls “a denialist cult,” which resulted in a response that was “evasive, tepid, tone deaf and above all, too late.”

When arguments get so heated that they explode in a volley of accusations and counter-accusations, we no longer have a debate, we have a slanging match. It’s something of an irony that this inflammatory exchange has come to a head over the matter of hazard reduction, one of the most complicated and uncertain aspects of bushfire management.

Brian Gilligan, former head of New South Wales National Parks and Wildlife Service, wrote recently about the challenges he faced in trying to explain why reducing fire hazards is far from straightforward. “I worry,” he said, “that the ill-informed commentary that passes for debate is rolling around again.”

Twenty years ago, faced with the same “repeated haranguing” about burning off, he took a group of media representatives on a flight along the Kosciuszko Range to show them the mountain ash forests along the ridge. Mountain ash’s natural relationship to fire is very different from that of the eucalypts on the slopes. Its life cycle, moisture content and reproductive methods mean it can’t be managed with the same techniques.

All this was explained in fascinating detail in the Catalyst documentary Earth on Fire, aired on the ABC in June 2014. I reviewed it at the time, and it has remained in my mind as a model of public communication about bushfires and climate change, outstanding in its unassuming, concentrated engagement with the learning curve on which rangers and forest ecologists are travelling. Reporters Anja Taylor and Mark Horstman followed teams conducting parallel research into megafire behaviour on opposite sides of the globe: in the Santa Fe National Forest in New Mexico, where the Las Conchas fire swept through in 2011, and in Victorian and Tasmanian forests where preconditions for megafire are at their peak.

US ecologist Craig Allen, who studies the deep history of forest fire, explained the changing conditions created by increases in average temperature and decreases in rainfall. The Las Conchas fire caused a paradigm shift in his understanding because it burnt the topsoil, a new phenomenon in fire behaviour. Much of the area is now a moonscape.

The capacity of megafires to traverse cleared ground by burning the earth itself has changed how researchers in Tasmania are modelling potential spread patterns. On a worst-case scenario, they could extend right through the city of Hobart.

David Bowman, a forest ecologist working in the Victorian alps, focused on how the whole bio-region is irreversibly changed by mega-fires. While government ministers make aggressive proclamations about the inadequacy of fuel-reduction programs, he and Peter Jacobs, chief ranger for the area, were confronting the loss of vast areas of forest that will not regenerate. Human-induced changes to the three key components of fire — oxygen, fuel and heat — have created a whole new scenario. “I’m not sure if there is a natural fire anymore,” said Jacobs.

Forget the noisy debate. There’s no substitute for following these professionals into the remote forests they have spent their lives observing and documenting. They don’t offer opinions, just detailed knowledge along with all the uncertainties that genuine researchers must acknowledge.

If politicians want to make pronouncements on such specialised matters as fuel reduction, they had better educate themselves in the physics and biochemistry of forest fires. They could start by watching this documentary. I would urge the ABC to show it again: it might help to calm things down and enable better public communication about how best to respond to the emergency we are faced with.

Rewatching Earth on Fire has strengthened a conviction I have long held that disastrously misconceived communications strategies took hold after Al Gore launched a worldwide campaign for action on climate change with his 2006 documentary An Inconvenient Truth.

One of the film’s highlights was a graph tracking temperature and CO2 concentrations over a 650,000 year timespan, showing how CO2 suddenly breaks through the glass ceiling of 350 parts per million at the turn of the second millennium AD. Gore used a scissor lift to show how far and how steeply the graph shoots upward — “off the charts” if the present trend continues. He cited a study that sampled 10 per cent of all peer-reviewed scientific articles on global warming in the previous decade, finding all 928 supported an anthropogenic view.

The challenge of persuading the public was never going to meet idealistic dreams of enlightenment. Nor, for that matter, was the science itself. Ray Evans, co-founder of the Lavoisier Group, a right-wing group devoted to contesting climate change research, was quick to use Gore’s own tactics against him, claiming that this level of certainty and belief amounted to “preaching a gospel.”

Gore’s political affiliations as former Democrat presidential candidate played right into the hands of those who — like Evans, a crusading neoliberal closely associated with mining magnate Hugh Morgan — sought to politicise the debate. Evans alleged that Gore’s “hockey stick” graph had been debunked by two Canadian researchers who demonstrated that the same statistical pattern could be produced from almost any data using the algorithm from which it was generated.

Gore’s stridency took its toll. His invocation of the unassailable authority of science has done the opposite of what he intended. Instead of capping the debate and sealing off all avenues of viable opposition, he threw a grenade into the arena.

What if the process of developing public awareness had instead been led by rangers, wildlife workers, farmers and fire chiefs? What if, rather than issuing proclamations of absolute certainty at square one, they had taken us with them on a journey on which doubts and uncertainties were part of the process of coming to an understanding?

I recall a conversation I had with a neighbour in Toowoomba — a retired farmer from a property on the Darling Downs — soon after the massive flood of January 2011. It’d happened before, he said. The trouble with all the talk of climate change was that people didn’t study the records. Reports show that Toowoomba had indeed experienced similar events in 1873 and 1893. Farmers often have weather logs for their property going back several generations, and are not easily persuaded by claims that any particular event is unprecedented.

It was a brief discussion, but I’ve often thought about it since. My neighbour wasn’t trying to engage me in an argument; he was just making an observation. He was sceptical in the genuine sense, unconvinced of the evidence and keeping his distance from beliefs and commitments. What if he were invited to join David Bowman and Peter Jacobs in one of the evening discussions we saw in Catalyst, deep in the Victorian forest? That’s the kind of communication we need. •

Are three multimillionaires about to break Australia’s political deadlock on climate?

Not a big jump: part of an existing 5B solar installation at Beverley in Western Australia. 5B 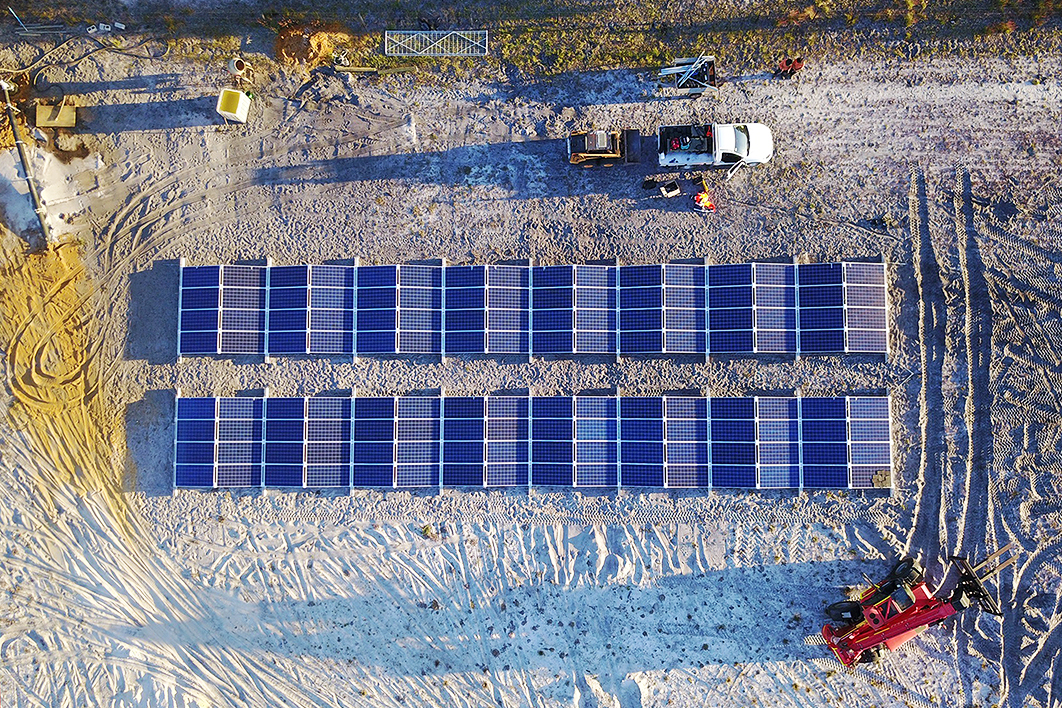 Not a big jump: part of an existing 5B solar installation at Beverley in Western Australia. 5B