Innovating in a culturalised economy 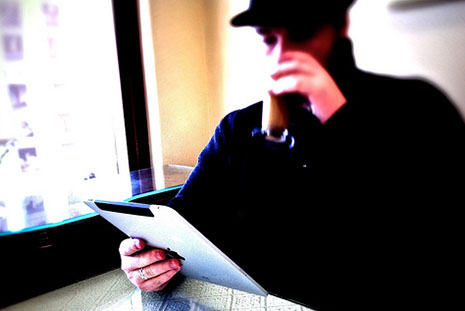 I AM writing this review on a plane. Everybody around me is immersed in the tiny screens on the back of the seats in front of them. Some are watching movies and TV shows; others are playing games. All of them are consumers of what Stuart Cunningham calls the creative industries.

Cunningham is well qualified to pitch his case. He is the director of the ARC Centre of Excellence for Creative Industries and Innovation, and was instrumental in “rebranding” the humanities, arts and social sciences at the Queensland University of Technology as the “creative industries,” and in establishing a Creative Industries Precinct in partnership with the Queensland government as part of the Smart State innovation policy during the 2000s. Cunningham draws heavily on that experience in the course of Hidden Innovation.

A point of departure for the book is C.P. Snow’s concept – introduced more than fifty years ago – of “two cultures,” which described a divergence in the world views of science and the arts. Since then, according to Cunningham, science has become “so closely associated with, and regarded as the wellspring of, the advancement of knowledge and technological progress that the concept of innovation has been virtually soldered to science.” In turn, innovation in the humanities and creative arts has become invisible to the community in general, and policy-makers in particular.

Another point of departure is a typology of four models for the relationship between the creative industries and the rest of the economy, each of which invites a distinctive policy approach. Two of the models are long-established and well understood: the first, grounded in the idea that the market economy fails to adequately support the arts, provides a rationale for public support to keep these activities alive; the second acknowledges that many creative industries – such as the movies, TV shows and games consumed by my fellow passengers – are mature industries, which simply require regulation to ensure public standards and market-competitive conditions.

The third and fourth models are newer and less widely known. The third sees the creative industries as drivers of growth across the whole economy – through their creation of design solutions, for example. This model would call for what Cunningham calls an “investment model of policy response.” The fourth model, which Cunningham frames in terms of “innovation,” proposes that the creative industries are part of the “innovation system of the broader economy, originating and coordinating change in the knowledge base of the economy, as much on the demand side as the supply side.”

Cunningham subscribes to the fourth model. In his view, long-term structural changes are making creative industries more pivotal to the economy as a whole than was once the case. He describes this process as the “culturalisation” of the economy, a concept coined by the English sociologists Scott Lash and John Urry. This means not only that cultural products and services – such as social networking sites and mobile phone apps – are a growing part of the economy, but also that cultural processes increasingly inform the rest of the economy.

In turn, governments are becoming more engaged with innovation through creative industries. The reworking of the OECD’s two innovation “bibles” – the Frascati and Oslo manuals – is a case in point. The creation of the ARC Centre of Excellence for Creative Industries and Innovation is another.

In this context, Hidden Innovation elaborates on four policy fields. First, it addresses creative enterprise. Here, Cunningham describes the blurring of established distinctions between the amateur and the professional through the “monetisation” of online video and the “socialisation” of creative enterprises across diverse media platforms. More generally, he observes the “exponential increase in creative expression and communication facilitated by the explosion of social media.” This is accompanied by “threatening crises in the business models of the established mass media,” notably music, newspapers, film and broadcasting.

Second, Cunningham addresses “public service media,” formerly known as public service broadcasting. Following Mark Twain, he declares that rumours of the death of public broadcasting have been exaggerated. On the contrary, public broadcasters have enhanced their activities and profiles. SBS’s “high-concept, explicitly tendentious social documentary broadcast programming” is one example. ABC Online, which began on “the smell of an oily rag” and is now one of the top five websites in Australia, is another.

Third, Cunningham considers creative labour. Here he wades through a swamp of empirical evidence to determine whether creative labour is precarious or growing. He concludes it is both. Creative workers manage this tension “by balancing between a range of labour conditions – for example, by pursuing a precarious artistic practice while holding down more secure employment.” I have heard Robyn Archer describe her career as a festival director in precisely these terms.

Finally, Cunningham discusses creative cities. A key point of reference here is the work of the American scholar Richard Florida, who argues that cities need to make their amenities more attractive to creative workers. Cunningham thinks that Florida is simplistic, but clearly likes the idea that good policies can promote creative industries.

Cunningham draws the book together with a chapter on “policy and research praxis.” The policy challenges, he says, are “knotty and difficult.” Cunningham proceeds to provide three case studies of “programs that have brought innovation and the creative industries together,” drawn from Australia, New Zealand, Britain and Finland. The case studies are not compelling, so the book ends not with a bang, but a whimper.

Hidden Innovation is an important book. As Cunningham observes, innovation policy is heavily weighted towards science and technology. It routinely overlooks the importance of creative imagination. Sure, my fellow passengers depend on technology to deliver the creative industries to their seats, but the technology is nothing without content. Cunningham provides a thoughtful and detailed exposition to support the case for the creative industries in Australia.

Similarly, he never really establishes why his preferred model for understanding the relationship between creative industries and the larger economy – the “national system of innovation” model – is so much better than the three alternatives. He clearly thinks the debate is done and dusted.

Cunningham does provide references to his other writings for readers who want to understand the debate better, but this is asking too much of the reader. The whole book is constructed on the basis of his preferred model. He needs to make his foundations stronger if he wants the reader to stay with him.

I think that Cunningham takes so much for granted because – when all is said and done – he is writing for his colleagues in the humanities in general, and media, cultural and communication studies in particular. The book is not for cultural entrepreneurs, artists, scientists, policy-makers or a general audience.

Cunningham gives it away early in the book when he describes how humanities scholars are often “suspicious of the invocation of innovation.” They see the idea of creative industries as “a kind of Trojan horse,” corrupting culture with the values of “neoliberal hypercapitalism.” Hidden Innovation is fundamentally an engagement with these scholars, although I would be surprised if it changed their minds.

On account of its focus, Hidden Innovation misses the opportunity to engage with a wider audience, and innovation in the creative industries will stay hidden for longer than might otherwise be the case. •

Michael Gilding is Executive Dean of the Faculty of Business and Enterprise at Swinburne University of Technology.