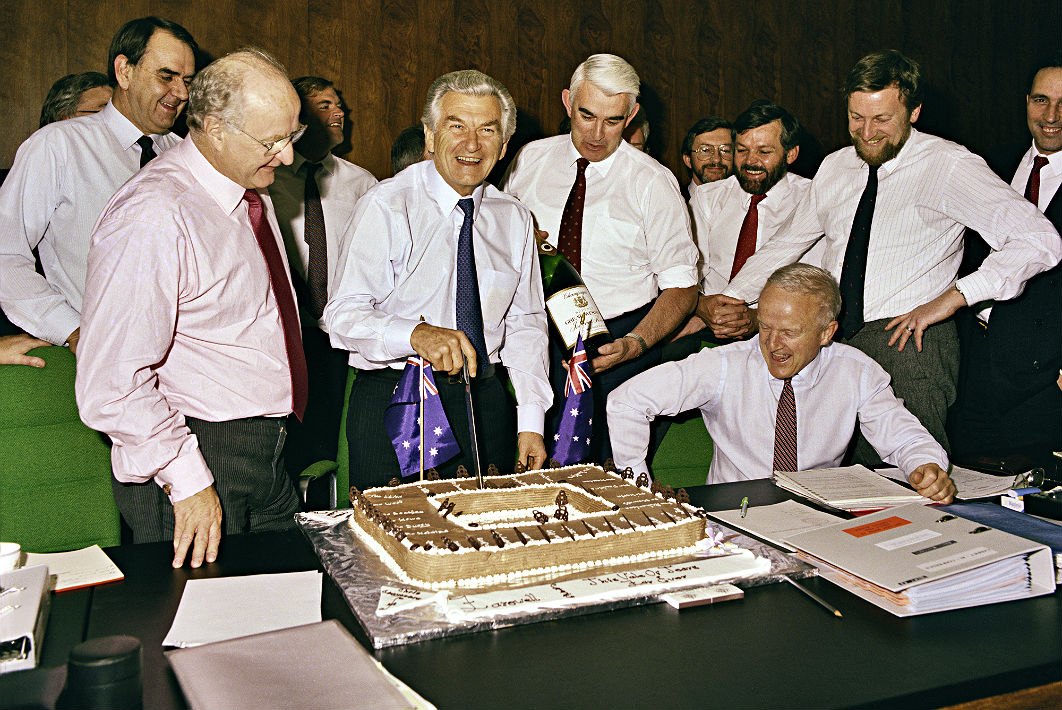 Politics is “a dangerous trade,” Gareth Evans once told Canadian academic-turned-politician Michael Ignatieff. It is “best avoided by normally sane and sensitive souls.” For anyone contemplating a political career, Evans recommends a thought experiment. Ask your sixty-five-year-old self if you will “really hate yourself for not having risked your arm… If you know you will berate yourself for never trying, you have no choice but to take the risk.”

Evans chose it, the “dubious pleasures, and certain horrors” of a career not just inside the political tent but deep inside. He was a member of all four Hawke and both Keating cabinets from 1983 to 1996; a member of the Australian parliament for twenty-one years, mainly as senator for Victoria and briefly as member for Holt; a member of a major political party, Labor, and of its dominant Labor Unity faction. That latter allegiance was chosen early, ahead of “a more obvious political home,” Labor’s Participants group, which counted future ministerial colleagues John Button and Michael Duffy, and Victorian premier John Cain among its members.

At a time of widespread frustration with formal political processes, Incorrigible Optimist is a timely read from one of the only two politicians who served as ministers through the entire Hawke–Keating era. This period is now often referred to, as in this book, as the “Australian gold standard” for government. Evans attributes the reputation to four qualities: “a clear philosophy, sense of policy direction and narrative” maintained over the whole thirteen years; “a decent governing process”; a modus operandi based on “argument rather than authority”; and finally, a commitment to listening and consulting widely.

Times have changed, and in the final chapter Evans examines the economic, security and cultural anxieties that are putting liberal democracy under strain, and the new kinds of listening, thinking and acting that are needed to get it working again.

This is a big life. As well as Evans’s parliamentary period, the book traverses his earlier years as a student, academic lawyer and barrister, and his post-parliamentary career, mainly heading the International Crisis Group, an NGO based in Brussels, from 2000 to 2009, and as chancellor of the Australian National University since 2010.

Like any record of a long, public career, the scale and range of activity — just how much a person who chooses this kind of life sees and does — is extraordinary. The book is organised more or less chronologically, but the chapters have thematic titles that allow relevant events to be brought forward or back. So early chapters on justice and race, the terrain of law and human rights, include the 1965 South African Springbok tour as well as the 1992 Mabo decision and subsequent legislation; a late chapter on education starts with Evans’s schooldays and ends at ANU, contemplating the future of tertiary education and providing tips about how to run a contemporary university.

It is a topsy-turvy life, perhaps like many, where things that were supposed to be highlights turn out to be lowlights, and triumphs show up in unanticipated places. Evans made well-publicised blunders in his dream ministerial role, attorney-general in the first Hawke government, and got moved to the resources and energy portfolio. The two years he spent in the most senior position he ever achieved in the party, as deputy leader to Kim Beazley from 1996 to 1998, were “overwhelmingly… his least successful in federal parliament” according to biographer Keith Scott; the same period as shadow treasurer was dulled by what Evans admits was his own “less than totally consuming passion for the subject matter.”

The highlight, “absolutely the most moving and exhilarating moment of my twenty-one-years parliamentary career,” came in the chamber he joined as second prize, the Senate. Factional politics in Victoria would not serve up a winnable seat in the House of Representatives until late in Evans’s career, but as leader of the government in the Senate in December 1993, he spent almost all of the fifty-two-hour, four-day committee stage of debate on the Native Title Bill on his feet dealing with 237 amendments to the Bill’s 238 clauses, and needing to garner support from nine out of the ten minor-party and independent senators. It was a remarkable feat of legal and political skill and of physical stamina for which Evans gives his bureaucratic advisers generous acknowledgement.

The “most exciting and productive” period, though, was even better than might have been dreamt. From 1988 to 1996, Evans served as Australia’s foreign minister, during a time when the Berlin Wall came down, apartheid ended in South Africa, a “new course for peace” was charted in Indochina and so much else happened to transform the world. “International relations became… my consuming passion, and… has remained so ever since.”

Incorrigible Optimist is subtitled a “political memoir,” telegraphing the absence of personal detail. We learn that Evans was “newly married” when he spent two years studying philosophy, politics and economics at Oxford from 1968 to 1970; the book is dedicated to his wife, their two children and “the next generation,” but they are not part of this telling. There is nothing of the affair that earned Evans a song of his own in Keating! The Musical.

We got more of Evans himself in Inside the Hawke–Keating Government: A Cabinet Diary­, published three years ago. It was written from the inside, on the run, and had a less conventional purpose as a political memoir. Covering two years from late 1984, it was a time when the senator was down, having blown a shot at attorney-general. Not too far down, of course; being a minister of the Crown is not too bad a gig, and overseeing a crucial sector of the national economy as resources and energy minister, still with a seat at the cabinet table, is not too bad at all. But it felt down, and the diary was a way of dealing with the moment.

Once Evans was back up, showing he could do and even enjoy the resources job, then serving as transport and communications minister and as foreign minister, the diary stopped. These better times have earned the more formal accounting of the whole career that makes up Incorrigible Optimist. He explains what was done and why. He is reflective, offering lots of lessons learned, but not deeply personal.

Many chapters begin with an anecdote from the six months Evans spent backpacking from Australia to Oxford in 1968, through Vietnam at the height of the war, Cambodia, India, Afghanistan and other countries in Asia, Africa, the Middle East and Europe. This journey provided motivations for the life ahead as well as a portfolio of physical, political and cultural sites and personal connections that Evans returned to many times.

Evans wants this book to encourage new generations to take up the task of politics, including through the major parties. He thinks it is “important not to understate the extent to which Australia and its major political parties have successfully weathered multiple political crises and periods of dysfunctionality over the past century.” He is especially worried about some specific challenges — the established tools of diplomacy do not work with non-state actors, and he has “abandoned the unequal struggle” for a serious Australian bill of rights. But he says he remains “on balance, optimistic” about most major domestic and international topics addressed in the book.

One striking feature of the book is the male-ness of the worlds described. The judges, the mining company executives, the media bosses, the senior public servants, the endless cast of diplomats and foreign ministers, prime ministers and presidents… almost all men. The last Keating cabinet, like the first of Hawke’s — one woman. It provides much more than a clue as to why this “dangerous trade” might be “best avoided by normally sane and sensitive souls.”

On the basis of Evans’s own career, is his “incorrigible optimism” evidence-based? He has been the most skilful and versatile of political technicians, an artist both of big pictures and microscopic details. “His mind craves structures,” one observer noted, but also, clearly, it feasts on the words and impressions behind laws and treaties and memoranda of understanding, and on the relationships between nations and people that, in complicated ways, go on to change lives. Choosing a life deep inside the tent of mainstream politics, Evans almost always celebrates “cool rational argument” and “clear-eyed realism” ahead of anything else, but one senses in this book’s silences some more corrigible, human hopes. ●

From cascade to citadel 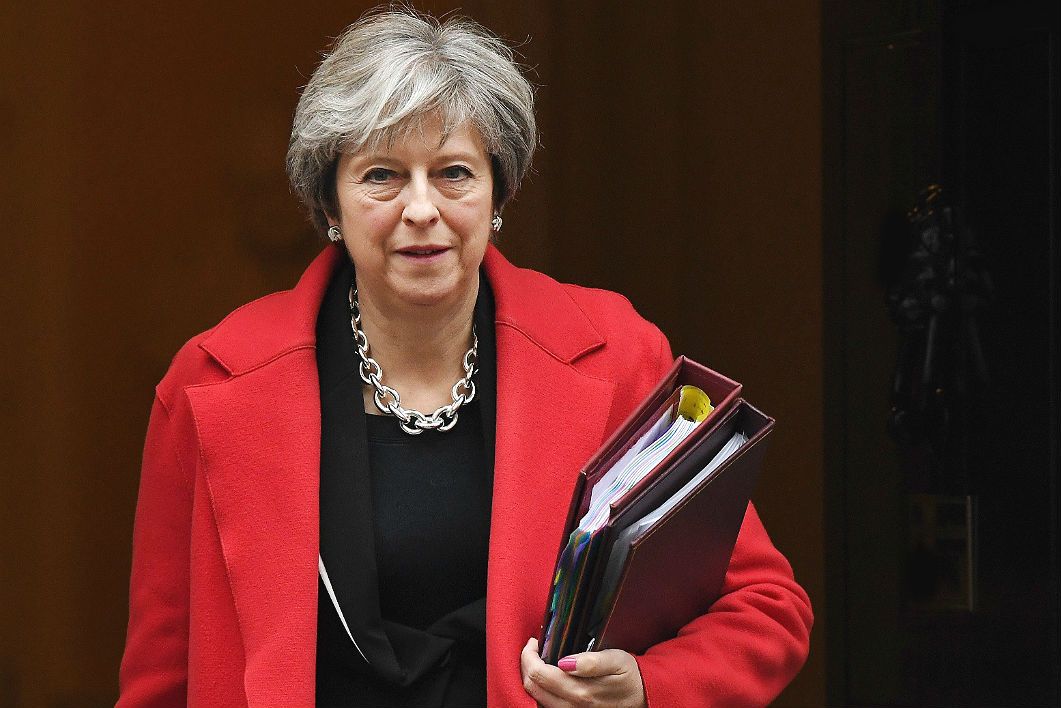