Eighty years apart, a private diary from the Tatura internment camp and dispatches from the Manus detention centre recount the experiences of refugees held prisoner by Australia 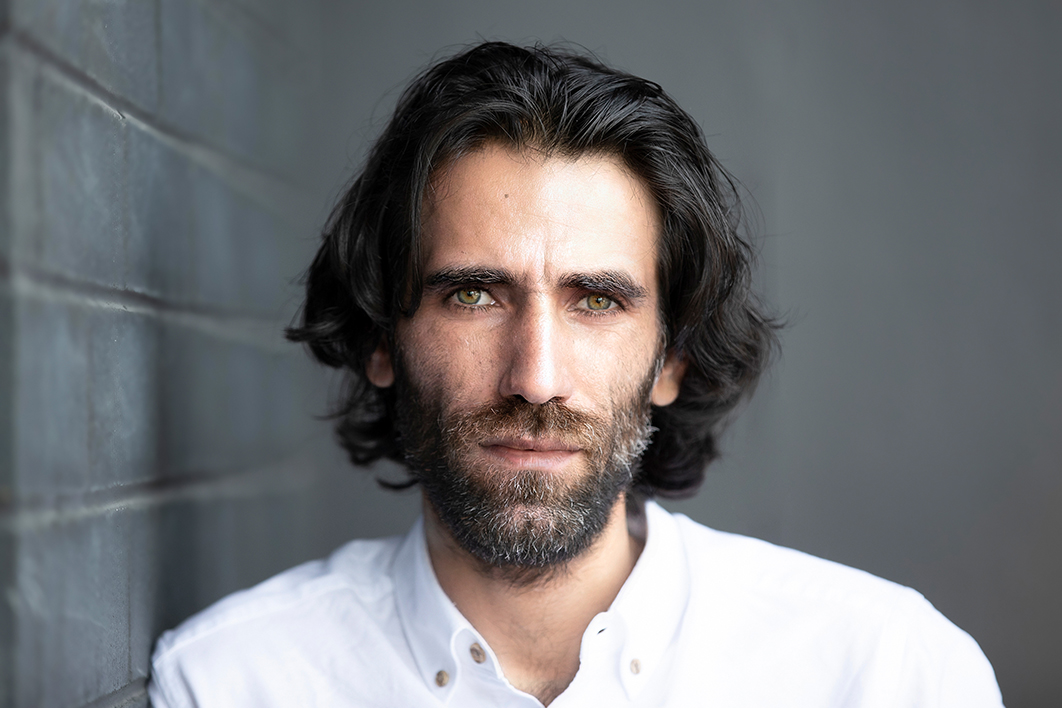 It’s not uncommon for publishers to try to cash in on an author’s sudden fame by following up an award-winning bestseller with the (re)publication of older writing, particularly if that author isn’t ready to produce a sequel. Freedom, Only Freedom seems to fit that bill: this collection of Behrouz Boochani’s dispatches from the Manus detention centre will presumably be marketed — and read — as a companion to his No Friend But the Mountains, published to much acclaim in 2018.

It is clearly more than that. That’s because Boochani’s journalistic pieces, which first appeared mainly in the Guardian and the Saturday Paper, are accompanied by essays written by his translators and other “invited researchers, writers and confidants.” It’s also because Boochani’s journalism — a frightening and detailed view of what was officially called the Manus Regional Processing Centre — deserves to be republished. At the same time, the journalism allows the reader to understand why it was possible to survive detention on Manus: namely because of “love, friendship and brotherhood.”

Some five or six years ago, Boochani’s dispatches would have been read mainly for the information they contained about what went on in the Manus detention centre at a particular moment in time. Now that’s of interest mainly for historians. But it’s possible to appreciate these texts for their careful, indeed delicate and poetic, portrayals of other detainees.

My favourite is “The Man Who Loves Ducks,” an article about Boochani’s animal-loving fellow prisoner Mansour Shoushtari that first appeared in the Guardian in 2017. “Getting to know Shoushtari has been a blessing and an inspiration,” Boochani writes, and such is the power of his writing that I too feel privileged to have met Shoushtari. Shoushtari — and, I guess, writing about Shoushtari — helped Boochani to survive:

For the short time I was in his presence I forgot about all the violence and hardship associated with this prison; my love for life increased after I spent time with him. I was reassured by the fact that there were warm people like Shoushtari in our close company. I think I’ll keep these memories of him with me for years to come.

Some of the book’s other essays help the reader to contextualise Boochani’s texts. Among them are articles by Moones Mansoubi, who arrived in Sydney as a student from Iran the same year Boochani was deported from Christmas Island to Manus, and went on to become one of his translators, and by Ben Doherty, who has reported on Australia’s detention archipelago for the Guardian. For Doherty, Boochani morphed from a source into a fellow journalist who filed articles from inside the Manus camp, written on his mobile phone and transmitted to the Guardian in WhatsApp messages. This process took a while: it was only in late 2015 that Doherty published one of Boochani’s poems, and it took another three months for his first article to appear in the Guardian.

For Doherty, Boochani’s ability to survive had less to do with his relationships with fellow detainees and more to do with his professional ethos. He “was, and saw himself as, a working journalist on Manus,” Doherty writes. “He was a man with a mission, every day, a reason and a rationale in that place. Journalism kept him busy, kept him focused, gave him a resolution and a cause… [J]ournalism — a sense of mission to bear witness, an unshakeable belief in his ‘duty to history’ — gave him a purpose that many others held in that place were denied.”

I was puzzled by the inclusion of some of the other essays, particularly those written by academics. Their affirmation of Boochani’s views seemed to me to be unwarranted, and I found the at times gushing tone embarrassing. If the editors were afraid that a republication of Boochani’s journalistic pieces on their own could not have been justified, then their concerns were groundless. If the intention was to invite authors to critically engage with Boochani’s ideas and prose, then some of the invitees were not up to the task. Maybe they thought that critique necessarily amounted to criticism?

A critical engagement with Boochani’s writings, rather than hero worshipping, could be for another book project. Its editors ought to draw not only on fellow refugees, forced migration scholars and refugee activists, but also on writers who could give voice to the people of Manus.

In Australia, too often, their voices haven’t been heard. On the few occasions when they were, they weren’t properly listened to. Note to future editors: if you found it difficult to identify somebody able to give voice to Manus Islanders, you could do worse than to republish Michelle Nayahamui Rooney’s wonderful 2018 essay “The Chauka Bird and Morality on Our Manus Island Home.”

The pieces by Boochani assembled in Freedom, Only Freedom were written for publication. They were designed to let the public, particularly in Australia, know about the Australian government’s disregard for the human rights of those whose imprisonment on Manus it had authorised. The diary of Uwe Radok, which has now been edited by his daughter Jacquie Houlden and the historian Seumas Spark, was not meant for publication. In fact, it was probably not meant to be read by anybody except its writer.

What links Freedom, Only Freedom with Houlden and Spark’s Shadowline is the fact that Boochani and Radok were refugees held prisoner indefinitely without having been charged with a crime. Only the historical circumstances were different: one was detained by Australian authorities and imprisoned in Papua New Guinea, the other detained by British authorities and held captive in Australia.

Uwe Radok, born in 1916 in Königsberg (today’s Kaliningrad) to a non-Jewish mother and Jewish father, left Germany in 1938 for Britain, where he worked as a mechanical engineer. On the direction of MI5, he and his brothers Jobst and Rainer were arrested in September 1939. Unlike the majority of German refugees living in Britain at the time, the three brothers were considered threats — not on account of their political views (they had no sympathy for Nazi Germany) but presumably because their brother Christoph was serving in the German airforce.

On 30 June 1940, together with more than 1200 other internees and some German POWs, the three brothers were put on the SS Arandora Star, which was to take them to Canada to be interned there. On 2 July, a German U-boat torpedoed and sank the ship. Some 800 of those on board died.

The brothers survived and were taken back to Britain by their rescuers, and on 10 July 1940, together with more than 2000 other internees, embarked on the HMT Dunera. This time the destination was Australia. On arrival there, the Radoks were interned in Tatura in northern Victoria and, unlike the majority of the Dunera internees, who had not been regarded as an immediate threat to Britain, they were only released in May 1942.

The published diary covers the period from Uwe Radok’s embarkation on the Arandora Star until 12 February 1943. Half of it is about his time as an internee, the other half deals with his life as a member of the Australian army’s 8th Employment Company. It’s not made clear why the published text ends several months before Radok stopped writing a diary. It’s also not evident to me why it has been necessary to omit Radok’s notes on books he read — they might have told us more about him.

The two books also have in common that Boochani’s texts and some of Radok’s were translated, and that all were copyedited. We can only wonder how much of Boochani’s voice got lost or altered when his WhatsApp messages were turned into English and then attended to by a Guardian subeditor. I am curious to see the first book written by him in English.

Radok wrote some of his diary in English, some of it in German, and some of it in a mixture of both languages. The editors opted for a smooth English text, with some German expressions and misspellings deliberately left in place “to retain the ring of the original.” It’s to their credit that they illustrated the text with images of parts of the original diary. But rather than mere illustrations, they actually show how many liberties were taken with the original.

Radok’s diary says much about one man’s experience of internment (and more about his infatuation with a fellow internee) but much less about camp life. It is hard to warm to its author, who comes across as self-obsessed and arrogant. While Boochani’s portraits of his fellow detainees are remarkably generous, Radok’s depictions of others (including the man with whom he was infatuated and even more so the woman who was to become his wife) are often mean-spirited. Unlike Boochani, Radok didn’t assume the role of a witness. But since he probably didn’t intend others to read his diary, he can’t be blamed for that.

In their introduction, Spark and his Monash colleague Christina Twomey write that “The stereotypes that now envelop the Dunera boys and their place in the history of post-war Australia have conflated individual stories into an increasingly homogenous narrative, a singular triumph of good citizenship and material success.” They cite films and a book from the 1970s and 1980s in support of their argument. But Spark himself was involved in two recent books about the Dunera that attempted to open up that narrative, and Uwe Radok’s diary shouldn’t have been needed to warn us “against the comforts and conceits of generalisation and mythology.”

At least as problematic as the conventional narrative about the contribution of the “Dunera boys” to postwar Australia is the idea that their internment experience was somehow emblematic of civilian internment in wartime Australia. More than half of those interned in what were sometimes labelled, at least initially, as “concentration camps” by the Australian authorities were interned by Australia (rather than by Britain, as in this case) and not just in Australia. They included German and Austrian refugees who, unlike the Radok brothers, were sometimes interned with committed Nazis, and sometimes for far longer than most of the Dunera internees.

Also unlike the Dunera internees who were in a position to talk publicly after the war about the injustices suffered at the hands of the British (particularly aboard the Dunera), the refugees interned by Australia had no ready audience for their stories. Their postwar lives, which were sometimes marked by the traumas of internment, were not the subject of celebratory books and films.

Boochani’s experience wasn’t typical either. There were no women and children in the Manus camp when he was there. He was eventually able to leave and has since been granted refugee status in New Zealand. Others who were with him on Manus weren’t so lucky.

We must also keep in mind that Boochani’s dispatches don’t describe a phenomenon that’s now in the past. The current Labor government has been as wedded as previous Coalition and Labor governments to the punitive treatment of refugees and the wretched system of preventing people seeking Australia’s protection from submitting their claims in Australia. In fact, the recent federal budget included a $150 million increase in funding for off-shore processing. And the British government is determined to emulate the Australian example by deporting asylum seekers to Rwanda. But I am confident Behrouz Boochani will keep reminding Australians from his exile in Aotearoa New Zealand that he was describing unfinished business. •

Klaus Neumann works for the Hamburg Foundation for the Advancement of Research and Culture and is an honorary professor at Deakin University.