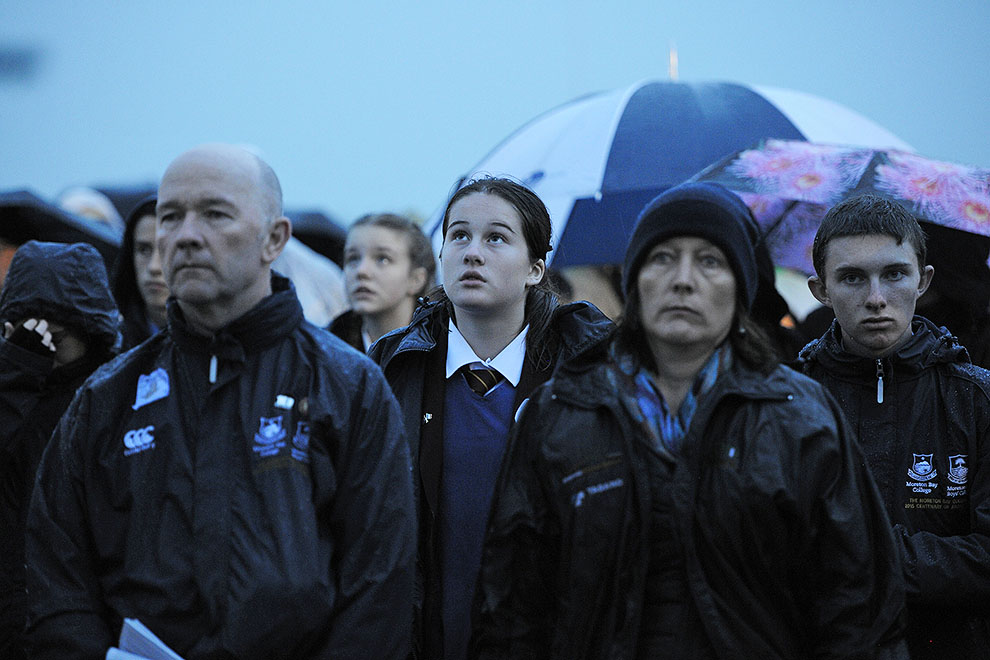 In 2014 the journalist and historian Paul Ham wrote a provocative article for the Age about the irrelevance of academic history. “Academic historians occupy an unenviable place in the intellectual firmament,” he claimed. “With a few glamorous and brilliant exceptions… they tend to stick to their university departments, producing articles and essays that are almost universally unread.” Given the limited market for its rarefied product, Ham wondered, “what is academic history for?”

Anna Clark’s latest book, Private Lives, Public History, can be read as an extended exploration of that question. This original, important and fascinating book argues that academic historians must better understand “the historical consciousness of ordinary Australians” and consider more deeply how they can connect with it. Clark’s attitude is not defensive or inflammatory. She appears genuinely curious and open-minded and writes in an appealing style that is unusually personal for an academic historian.

In order to understand popular attitudes to history, Clark interviewed one hundred members of the public in a process she calls “oral historiography.” Her interviewees were drawn from a range of community groups around Australia, including the Derby Bowling Club in the Kimberley region, the Rockhampton Historical Society, a men’s shed in Chatswood on Sydney’s north shore, and a youth group in multi-ethnic northern Melbourne. She posed a range of questions about history and historiography, including, “Do you feel particularly connected to Australian history?”, “How do you feel on a day like Australia Day?”, ‘Why do you think people disagree about the past?” and “Is there a special place that connects you to the past?”

The focus groups confirmed Ham’s contention that academic historians “have little direct influence on the historical consciousness of ordinary Australians.” Ninety per cent of Clark’s interviewees had never heard of the “history wars,” for instance. Yet her informants also evinced a sophisticated awareness of the subjectivity of historical interpretation, a sophistication that Clark contrasts with the polarised representations of historiographical debate in the media. With the qualified exception of Anzac commemoration, most found state-sanctioned histories uninteresting because they did not feel a personal connection to them; as one of Clark’s interviewees explained, “All that stuff happened however long ago… it’s just not us.”

History only becomes interesting to people when “they can situate themselves and their own family stories within or alongside the national narrative,” Clark concludes. A sense of connection to the wider “Australian story“ is ”framed by personal experience, rather than the overt presence of an innate, official and abstract national history.” Thus, someone whose grandfather fought at Gallipoli is more likely to relate to the Anzac legend than someone whose Australian ancestors did not, and far more likely to find meaning in the story than someone whose parents arrived from Vietnam. A person with Maltese heritage will be more interested in sharing traditional Maltese recipes and black-and-white photographs with her grandchildren than learning about Federation.

Critics will dismiss sharing old photographs and recipes as nostalgia rather than history, and Clark is wary of conflating the two. “Treasuring Granny’s embroidery does not make us historians, per se,” she writes. She agrees with David Lowenthal, Pierre Nora, John Tosh and other scholars who make a clear distinction between the deeply researched, peer-reviewed history done inside the academy and popular history-making, and argues that “nostalgia is the enemy of critical historical engagement.” She also believes that history has an important place in a good society, and sympathises with those commentators who lament the lack of public interest in national history. “Knowing the nation’s past,” she argues, “puts its present into a context that’s meaningful and comprehensible; understanding the origins of Australia’s political institutions and civic life gives us critical insights into contemporary society and culture.”

But Clark also maintains that the “intimate historical connections” made by ordinary Australians “should not be dismissed as unhistorical – they are deeply rooted in history.” She argues that the essence of good history is achieving the balance between “empathy and perspective, between intimacy and distance.” The key is not to spurn the emotional connections to the past described by so many interviewees, but to find ways to build onto them a broader historical engagement. Emotion is not the enemy of good history, but an essential element of it.

Clark is frank about her own emotional reaction to elements of Australian history. She records feeling “flustered” and becoming “obsessed” after discovering that one of her paternal ancestors was implicated in the murder of three Aboriginal people in 1824, and she admits to choking back tears when elderly veterans march past on Anzac Day. Unlike many who feel emotional about Anzac, Clark has the capacity to comprehend that the occasion functions as a vicarious and socially acceptable platform for a whole range of feelings: “all my sadnesses jumble through my head: my dad’s last words, my grandmother never meeting my kids… It’s as if some sort of powerful and unregulated emotional register connects the collective sorrow and gravitas of the moment with powerful events in my own life of death, loss and grief.”

Other historians don’t share Clark’s conviction that an emotional connection to the past can be used as a stepping stone to more rigorous historical inquiry. Mark McKenna has criticised the democratising trend in history, particularly in relation to Anzac commemoration. Whereas professional historians seek to distance themselves from the past in order to understand it, McKenna argues, amateurs want to be “present in the past,” to delight in its “immediacy, spectacle and recreation.” He claims that “the boundaries that once separated history from fiction and myth appear more blurred.” Similarly, the late American historian Michael Kammen dismissed the fashion for personal and popular history-making as anathema to “broader historical engagement and critique.”

Academic historians must be careful not to give the impression that their own endeavour is free of bias. When history first entered the academy in the nineteenth century, it was sponsored by the state and vested with a clear moral purpose: to establish the legitimacy of the nation-state by tracing the inevitability of its emergence in the distant past. Despite the belief among many in the profession around the turn of the twentieth century that historians could recover “what actually happened,” as if it were as quantifiable as an experiment in the laboratory, academic history was steeped in ideological bias. Quasi-scientific methodology notwithstanding, bias was determined by the subjects historians researched, by the sources they consulted and the ideological framework they applied to their interpretation, and by the subjects they chose to ignore.

Since the end of the second world war, academic historians have found no over-arching storyline to replace that of the emergence of the nation-state, but they have become increasingly critical of its actions. Much of their work is concerned with documenting government mistreatment of Aboriginal people, of women, of gay people, of migrants, and of other disadvantaged and marginalised groups – the black-armband bias maligned by cultural conservatives. Simultaneously, academic history has become increasingly institutionalised, existing (not without sound reasons) within its own self-justifying structure of journal and Excellence in Research rankings. If “ordinary Australians” are looking for ways to connect to the wider historical story, they are unlikely to discover them in the critical and increasingly esoteric writings of academics whose need to jump professional hurdles vitiates their desire to communicate with a broader audience.

Academic historians would do well to acknowledge their own biases; though they might be swathed in methodological and theoretical terminology, they still exist. Clark argues, convincingly I think, that recognition of the biases that compel us to study certain subjects can be the launching pad for good history rather than the harbinger of sentimentality and bad history. Her research shows that Australians have a sophisticated understanding of historical debate, and suggests that there is less distance between popular history-making and academic history-making than some academics allow. Whatever the relationship between the two, human nature dictates, and Clark’s research reinforces, the fact that Australians will not become interested in wider historical debate unless it is presented in ways that interest them. “Political and public pressure to connect with the Australian story won’t resonate with an otherwise historically minded community,” she writes, “unless it speaks to, and enfranchises, them.”

Clark ends her book by challenging academics to understand the realities of historical connection. She’s right: if they don’t make the effort to connect with the wider public they will become even more irrelevant than they already are. Perhaps a future project can probe more deeply the means by which academic historians and those who promote versions of the national story can “enfranchise’” the wider public. Could historians use the opportunity presented by the increasingly bellicose and commercial commemoration of Australia Day to impart useful historical knowledge, for instance? It’s difficult to imagine how, but it’s the existence of historians like Anna Clark, who are determined to make history relevant to “ordinary Australians” and possess the ability to communicate with an audience wider than their academic peers, that gives cause for a shy hope. I also hope, with more confidence, that Private Lives, Public History gives the debate about the future of academic history in Australia a big push forward. •

Carolyn Holbrook is a Postdoctoral Research Fellow in the School of Social Sciences at Monash University. Her book Anzac: The Unauthorised Biography was published by NewSouth in 2014. 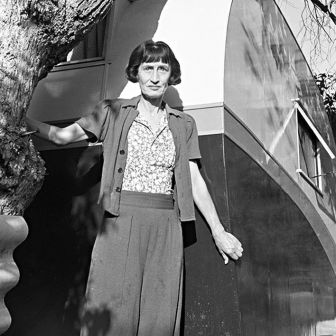 Harold Wilson, born a century ago this month, imprinted himself on the public imagination 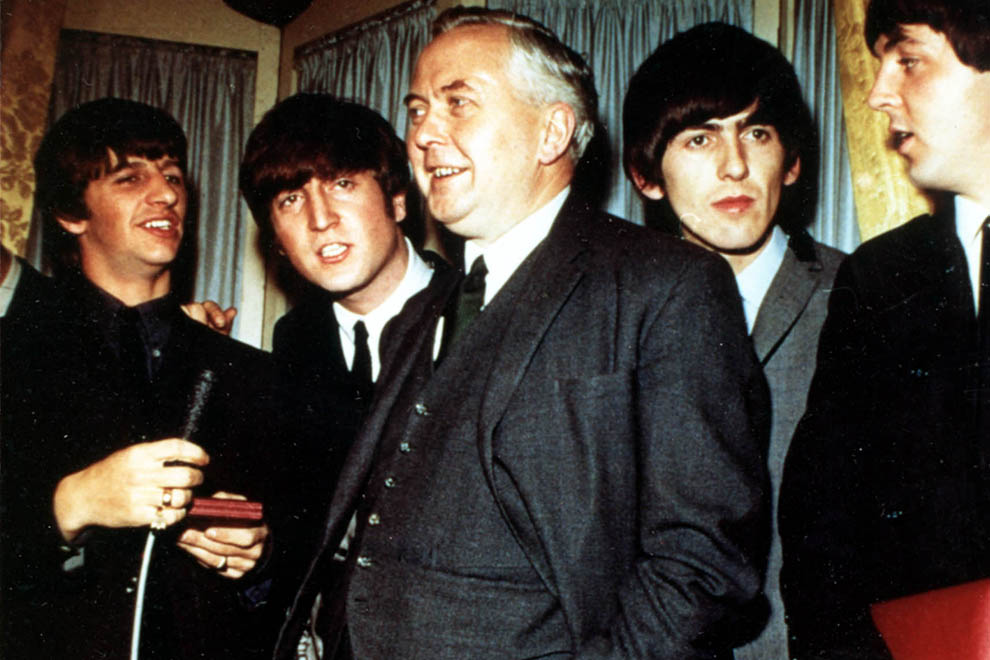