It’s not where we are, it’s where we’re heading 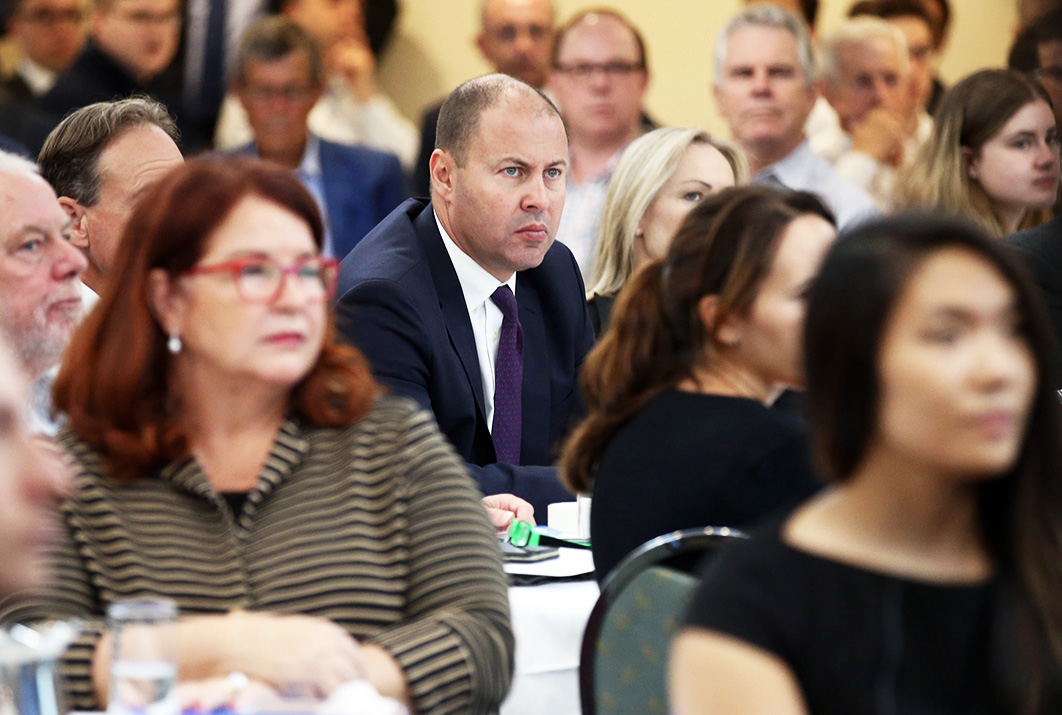 In just six months to December 2018, says the Bureau of Statistics, Australia added 176,000 jobs. Unemployment shrank by 36,000, from 5.4 to 5.1 per cent of the workforce. The growth in full-time jobs alone almost matched the entire growth in the adult population. On these figures, the economy was booming.

But in that same six months, the Bureau now tells us, Australia’s total output on the trend data grew by just 0.7 per cent. On the more excitable (but unreliable) seasonally adjusted figures that journalists and bank economists prefer to use, it grew by just 0.4 per cent — well behind the rate of population growth.

My esteemed colleagues at formerly Fairfax, the ABC and elsewhere reckon that Australia has entered a “per capita recession.” They can say that if they want to, since the economics profession has no agreed definition of a recession, per capita or otherwise.

That’s not the way I see it — not if we were adding the equivalent of 300,000 full-time jobs a year during that time. What we have, rather, is a heap of confusion. One major source of statistics says the economy was thriving, another says it was stalling. They can’t both be right.

More of that later. But the most important part of the confusion is not over what’s behind us, but what lies ahead.

Across the developed countries, and China, growth is rapidly losing pace. Overnight, the OECD cut its 2019 forecasts for all of the ten largest Western economies, including Australia, as well as for China, India, Russia and most of the other big developing countries. (The sole exception was Indonesia.)

A glance at the recent data in Western countries explains why: A lot has changed in six months. The global economy has been rattled by the ongoing US–China trade war, by fallout from the looming Brexit, by rising populism elsewhere in Europe and the world, and by the abrupt slowing in the Chinese economy (still not conceded in its official data).

In Australia, the trend GDP figures show our economy grew at an annualised rate of 3.1 per cent in the first half of 2018 but by just 1.5 per cent in the second half. GDP per capita fell marginally, but national income per head, a more useful measure for our current debates, grew slowly.

The most startling aspect of the figures was that the growth we did have mostly came from government spending. In the second half of 2018, on these figures, the private sector accounted for less than a quarter of the total growth in demand. The federal government alone added almost as much to total consumer spending as Australia’s ten million households. State governments were the main driving force for new investment.

The contrast was striking. Callam Pickering, an economics commentator with the job search company Indeed, points out that over the past decade household spending growth has averaged only 2.7 per cent. That’s about 1 per cent in per capita terms, and a long way from its booming rate over the decade before the global financial crisis. But right now there is virtually no growth in per capita terms. Households, in aggregate, are just treading water.

Why? It’s not hard to find the reasons in these figures:

• Average wages per employee grew by just 1.7 per cent in 2018, a tad less than prices (1.8 per cent). Over the seven years to December, the national accounts tell us, the average wage grew by just 11.2 per cent, while prices grew 14.3 per cent on average. The annual average growth in wages has been 1.5 per cent, compared with 4.5 per cent over the eight years before the GFC.

• Households are now saving just 2.2 per cent of their disposable income, as more and more of their stalled incomes disappears in increased taxes and mortgage bills. The nation’s income tax bill alone has grown by 16 per cent, and 9 per cent last year alone.

Before the GFC, Australians were running down their savings because their incomes were booming, jobs were plentiful, house prices were soaring, and they and the banks thought they could afford to go deep into debt on their mortgages. It’s a different world now.

Income growth is now essentially keeping pace with prices. It is important to remember that the Bureau has reported significant jobs growth over these years, with workforce participation now at record levels. But close to a million Australians are classified by the Bureau as underemployed — mostly people who want to work full-time but can only find part-time jobs. House prices where most Australians live are now falling, and the banks have become much more careful about whom they lend to and how much.

Let’s not criticise them for that: they’re now doing what they should have done in the boom. Even with stricter lending rules, falling house prices are opening up the market to first homebuyers who had previously been priced out. In the second half of 2018, the banks issued 27 per cent more loans to first homebuyers than in the same period of 2016, and lent them 34 per cent more cash. There’s no credit squeeze there.

The crucial question is what happens next: to the global economy, wages and house prices — and hence consumer spending, which usually provides 60 per cent of economic growth. These are big issues I can’t fully explore here, but here are a few thoughts.

The move is now inevitable, and as Macbeth told himself, “If it were done when ’tis done, then ’twere well it were done quickly.” The Reserve’s April meeting is on budget day: hmm, problems in going then. The May meeting will be a fortnight or so before the election, the June meeting a fortnight or so after it. On economic grounds, it should go in April. On political grounds, it might be wisest to wait until June. •