The right time for a perpetual opportunity 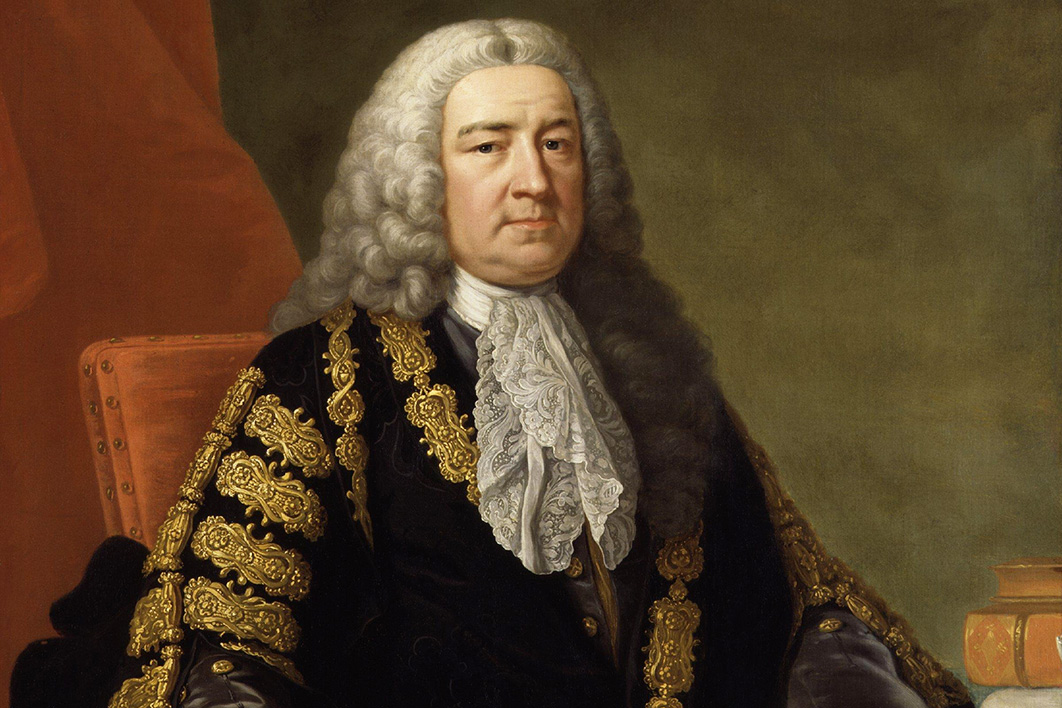 Governments around the world have spent many trillions of dollars dealing with the Covid-19 pandemic, partly to fund healthcare and partly to provide income support for workers and employers. Depressed economic activity, meanwhile, means they have received less tax revenue. But far from returning to austerity to bridge the gap, as they did after the global financial crisis, governments have kept spending.

Most notably, the US Congress is now considering massive infrastructure programs that could costs trillions of dollars. Some, but not all, of this spending will be funded by extra taxation.

Governments have funded these massive budget deficits by selling enormous quantities of government bonds, most of them purchased by central banks. In the process, they have completely repudiated the previously unchallengeable assumptions that budgets should be balanced and public debt is always undesirable.

Those assumptions rested on the belief that a dramatic increase in public expenditure and debt will invariably produce sharp increases in interest rates. Nothing of the kind has happened. Although inflation has spiked in the United States, driven by shortages arising from the pandemic, long-term interest rates remain near all-time lows.

Even more striking are the interest rates being paid on a type of bond called an “inflation-protected security,” which offer investors a return calculated according to the rate of inflation. If the inflation rate is 2 per cent, for example, and these bonds guarantee a real return of 1 per cent, then the return would be 3 per cent.

Until recently, most market rates of interest were higher than the rate of inflation, so buyers of inflation-protected bonds expected to receive a guaranteed positive rate. But since the pandemic, this is no longer the case. The Australian Treasury’s ten-year inflation-indexed rate is now negative, at –0.75 per cent. And, while there has been a modest uptick in the expected rate of inflation in recent months, massive growth in government debt has had hardly any effect on inflation-indexed interest rates.

This is consistent with experience elsewhere. In the wake of the economic crisis of the 1990s, the Japanese government issued bonds in huge quantities, reaching more than 200 per cent of GDP. Although most of the funds raised were misused on large-scale construction projects with modest benefits, economic growth wasn’t adversely affected in any obvious way. Japan’s GDP per person has grown at a rate of 0.8 per cent since 2000, unimpressive by historical standards but similar to that of other OECD countries. Despite these high levels of debt, Japanese five-year government bonds yield negative returns, just as government bonds do elsewhere. Even bonds with a term of thirty years offer interest rates below 1 per cent, less than the current rate of inflation.

Experience in the aftermath of the GFC has also underlined the dangers of austerity. In Europe, far from stimulating growth, austerity policies led to a decade of severe depression. In the United States, where the swing to austerity was more limited, the recovery from the GFC was sluggish and still incomplete when it was ended by the pandemic.

What does this imply for Australia? Even after the massive expenditure needed to deal with Covid-19, Commonwealth gross public debt amounts to only 40 per cent of GDP. And with ultra-low interest rates, the cost of servicing this debt is minuscule.

Of course, interest rates may not remain this low forever. That’s why the government should seek to lock in as much long-term debt as possible, as long as investors are willing to buy bonds. But how long is long-term? The upper limit at the moment has been set by Austria, which has issued one-hundred-year bonds with a rate of 0.88 per cent.

In reality, though, government bonds needn’t be limited to a fixed period. Rather, as the American economist John Cochrane suggests, we should follow the example of British governments in the eighteenth and nineteenth centuries and issue perpetual bonds. In their case, the funds were often used to fight wars; post-Covid, the necessary spending is just as great but much more peaceable.

For Australia, the most appealing form of perpetual bond would be an inflation-protected bond. Investors would receive a periodic return sufficient to maintain the real value of the sum invested, along with a specified rate of interest, if any. In view of the continuing fear that expansionary fiscal policies will ultimately generate inflation, such securities should be attractive to many investors, even at very low rates of interest.

As Cochrane observes, the great advantage of a perpetual bond is that, whenever issued, the bonds would trade in the same market, creating a deeper market with more liquidity. Long-dated bonds with different maturities don’t have that advantage. This is particularly important for a small country, like Australia, seeking to offset the tendency of international investors to favour their home countries. The more liquid our market, the more attractive it will be to international investors.

Inflation indexing would also help reduce the premium currently observed on Australian dollar bonds. Although exchange rates fluctuate over time, in the long run they are determined primarily by differential rates of inflation. If an upsurge in Australian inflation produces a depreciation of the dollar, foreigners holding ordinary bonds will lose money. But if they are holding inflation-protected bonds their returns will rise, offsetting the depreciation effect.

How much could be raised in this way? A recent offering of $15 billion in thirty-year bonds received $37 billion of bids despite the fact that they would return less than 2 per cent a year. Assuming that the Reserve Bank succeeds in holding inflation between 2 and 3 per cent, that implies a negative real rate of return.

It seems reasonable to hope that Australia could market between $25 billion and $50 billion in inflation-protected perpetual bonds a year, at very low interest rates. Over five to ten years this would be enough to take up all the additional debt taken on as a result of the pandemic.

And what if investors were unwilling to buy these bonds? That would, at least, suggest that they expect real interest rates to rise at some point in the future. At this stage, though, it is hard to see any evidence supporting this view. Despite historically low interest rates, private business investment in productive assets has remained weak. Lacking any other outlet, money is flowing into absurd speculative assets like cryptocurrencies and non-fungible tokens.

What is needed now is a massive expansion of public investment in both physical and social infrastructure. The returns will be sufficient to service perpetual bonds indefinitely. •

When communist delegates met secretly in Shanghai in July 1921, their individual fates — as well as their party’s — were impossible to foresee

Despite state-approved images like this 1977 painting by Chen Yifei and Qiu Ruimin, the twenty-seven-year-old Mao Zedong is unlikely to have had a leading role in the July 1921 meeting. National Art Museum of China 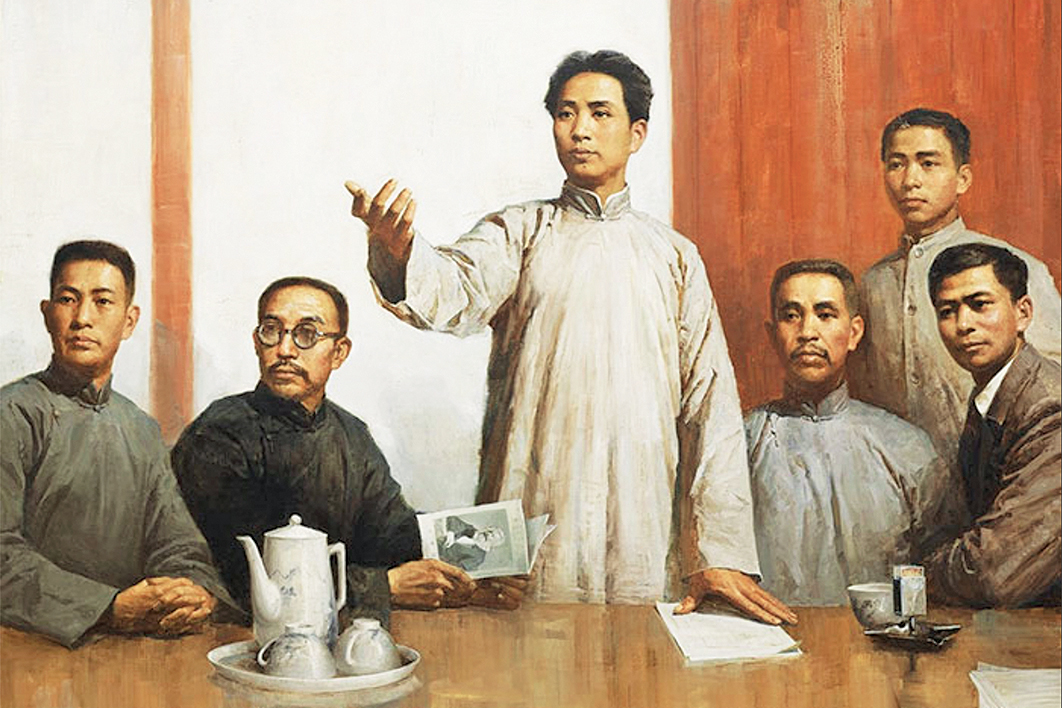 Despite state-approved images like this 1977 painting by Chen Yifei and Qiu Ruimin, the twenty-seven-year-old Mao Zedong is unlikely to have had a leading role in the July 1921 meeting. National Art Museum of China