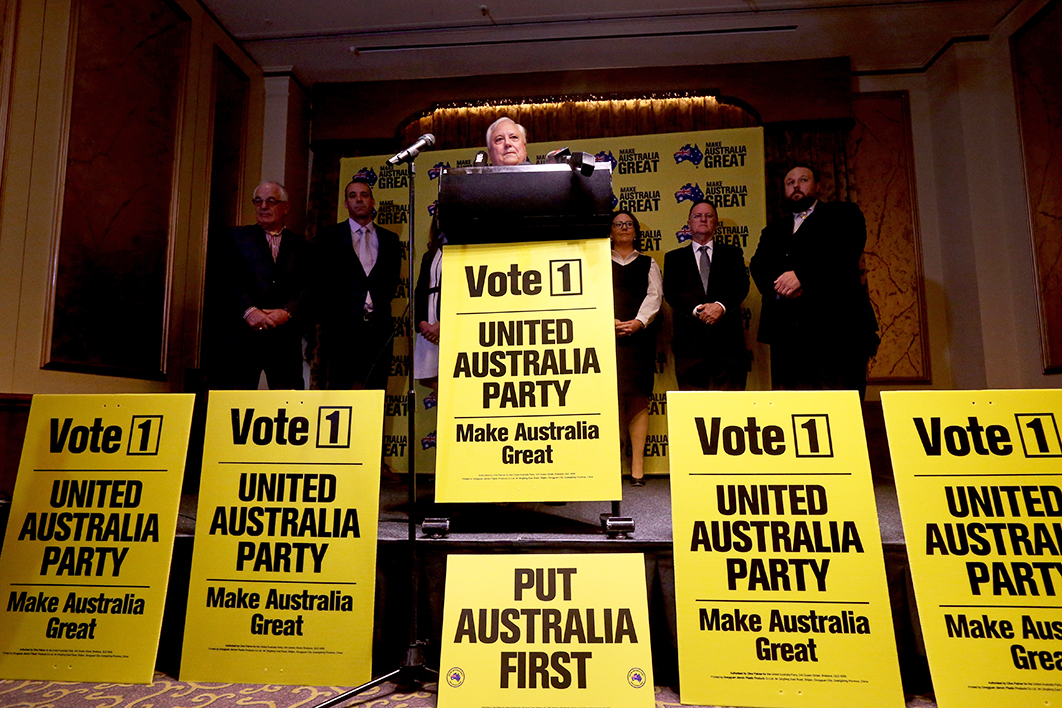 Saturday’s federal election was a turning point in more ways than one. It was the first election in the post-Hawke era. It was notable for the record-breaking level of pre-poll voting. It was a contest that defied the pollsters. And the campaign showed up glaring gaps in how we regulate and manage elections.

The biggest gaps are in the rules about electoral funding and advertising, for this was also Australia’s first Brewster’s Millions election. Unlike the Richard Pryor and John Candy film — in which the candidate tries to lose — our billionaire tried hard to win, and we are all poorer for it.

Across Australia, the dust is settling on the bunting in the back of electoral offices. Antony Green has rendered his judgement, and we’ve all expelled a breath of relief that the latest spate of election advertising is over. This time round, though, the ads were especially long, negative, contentious and damaging.

Clive Palmer is a controversial figure. An antipodean Trump with a complex financial backstory, he splashed a lot of money — reportedly as much as $80 million — on his campaign’s sea of yellow and black. On all measures, that’s an enormous amount. More than the Coalition and Labor’s combined outlays, it comprehensively dwarfed the $1 million Malcom Turnbull was said to have spent from his own funds in 2016.

What was Palmer’s dividend? No seats but possibly a decisive swing in the conservative vote, especially in Queensland. Does this mean political power in Australia is for sale? Maybe it is, but it definitely shouldn’t be. Just as we’ve tightened electoral rules to stop big donations from foreign powers like China, Russia and the National Rifle Association, we also need to make sure all citizens and parties within Australia are playing on a level field.

Nationally, Australia’s legislation covering political advertising dates back a century, to 1918. Amendments to that legislation subjected mainstream radio and, later, television to a media blackout from midnight on the Wednesday before the election. Today, the blackout law looks like a quaint antique, but it had a clear rationale: to ensure voters could cast their ballot on election day with accurate and tested information about what the candidates stood for. The fear was that a wealthy individual or group could swamp the airwaves with information that the others parties would not have time to rebut. It is clear that these laws need updating, as do the federal rules governing electoral expenditure.

Beneficial reform is possible. Last year, the Victorian parliament made significant amendments to that state’s Electoral Act designed to prevent a particular political party, candidate or donor from having an unfair advantage. Anonymous donations of $1000 or more are now banned. Big donations have been capped, and a new disclosure regime has been put in place. The new laws have clarified entitlements to funding for electoral administration and other costs.

Premier Daniel Andrews and upper house leader Gavin Jennings couldn’t garner bipartisan support for the reforms in the state parliament. Instead, they had to look to the crossbenches. Now on the statute books, the laws are a good example of what is possible in electoral reform. In terms of electoral transparency, the new laws have put Victoria in the top rank among the Australian states.

Last weekend’s federal election, however, has dropped us all into a new reality. The Victorian laws, like the national ones, envisage a familiar situation in which a corporation or other wealthy donor gives money to candidates and parties in support of their campaigns. But what if the candidate is a billionaire or a plutocrat or an oligarch, fully capable of funding his or her own campaign directly and on a colossal scale? It is unclear whether the Victorian laws would curtail such massive self-donations or personal spending by an individual.

On the eve of Victoria’s 2018 election, premier Daniel Andrews and opposition leader Matthew Guy agreed that the state’s bipartisan parliamentary committee on electoral matters would look again at Victoria’s electoral laws, particularly with a focus on the “preference whisperer” and his influence. At the federal level, too, there is a need for another look at electoral laws. The multi-party Joint Standing Committee on Electoral Matters should examine the influence of big donations and individual spending on federal elections. Two questions for the committee: How did we get here? And how can we quickly get somewhere else?

The Palmer advertisements were a problem in more ways than one. They contained content that was possibly distorted, potentially divisive, and likely damaging to Australia’s reputation and international relationships. It’s time to look again at our state and federal electoral laws, to make sure everyone and every party gets a fair go, and to confirm that our parliaments aren’t for sale. •

Scott Hamilton and Stuart Kells are researching the history of bipartisanship in Australia.

The better part of valour

For Labor leadership aspirants, this might be a good contest to sit out 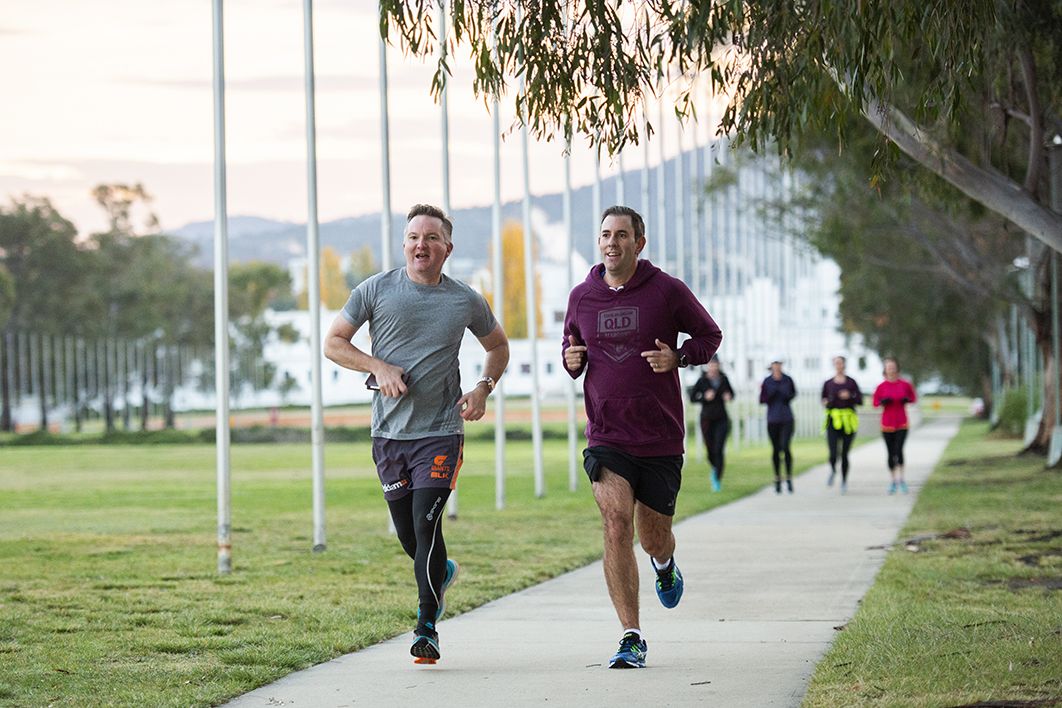