Japan’s paradoxical shift to the right 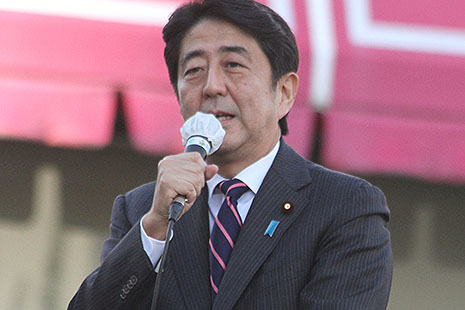 FOR the Asia-Pacific region, and particularly for Northeast Asia, 2012 proved to be a momentous year. North and South Korea and China are all undergoing or about to undergo important transitions in leadership – transitions attracting global media attention. But relatively little has been said about Japan, which is also in a state of political flux, as new parties appear, disappear, merge and split with dizzying rapidity. Yet the implications of the turmoil in Tokyo are profound and troubling.

Japan goes to the polls on 16 December in a general election that could transform the political landscape. Three years ago the formation of a Democratic Party government, ending years of dominance by the right-of-centre Liberal Democratic Party, raised hopes that Japan had entered an era of real two-party politics in which voters would be offered a genuine alternative at elections. But the Democratic Party had the misfortune to be in power when the massive earthquake and tsunami, followed by the explosions at the Fukushima No. 1 nuclear plant, struck Japan in March 2011. The party therefore became the focus of much of the anger which Japanese citizens felt at the inadequate official response to the catastrophe.

This anger has been expressed in huge anti–nuclear power demonstrations in central Tokyo — the largest demonstrations to be seen in the city since the 1960s. But a strange and paradoxical feature of the Japanese political system has made itself felt. Japan’s left-of-centre political movements have always had extreme difficulty in converting themselves into organised political parties: partly because of the closed and cliquish nature of machine politics in Japan, and partly because of extreme scepticism about party politics amongst members of grassroots social movements. A newly created political grouping, the Japan Future Party (led by progressive governor of Shiga prefecture Yukiko Kada) hopes to link the energies of the anti-nuclear movement to mainstream Japanese politics, but its prospects for success remain very uncertain.

Meanwhile, the profound disillusionment of Japanese voters with existing party politics has created a vacuum that has rapidly filled with increasingly alarming forms of nationalism. The pattern began to emerge in April of this year, when Tokyo governor Shintaro Ishihara (a former Liberal Democratic parliamentarian) put forward a bizarre and highly publicised proposal that his city’s government should purchase three of the Senkaku or Diaoyu Islands, a group of barren rocks in the East China Sea whose ownership is disputed between Japan, China and Taiwan. Despite the fact that the islands are over 1500 kilometres from Tokyo and are of no imaginable practical use to the city’s inhabitants, Ishihara’s proposal was taken seriously and, as he had clearly calculated, served to spark a fierce territorial dispute with China. One result was a sudden drop in Japan’s exports to China, leading to a sharp rise in Japan’s trade deficit in the latter part of the year.

The timing of the Ishihara proposal was not coincidental. It came as anti-nuclear protests were gathering momentum across Japan, and helped to divert media attention away from them. Ishihara is an outspoken proponent of nuclear power, as well as being an advocate of a nuclear-armed Japan. He is also notorious for his overtly racist, sexist and homophobic comments, including references to the “criminal DNA” of Japan’s Chinese residents. His intervention in the Senkaku–Diaoyu issue proved to be a prelude to his return to national politics. On 13 November Ishihara, who had just announced his retirement from municipal politics, formed the new Sunrise Party, which (even by the standards of contemporary Japanese politics) established something of a record by surviving for just four days.

The aftermath of the 2011 tsunami has left many people in Japan feeling vulnerable and abandoned by a government that seems unable to come to grips with the multiple crises assailing the country. This mood gives rise to a deep desire for strong leadership; and, in a world of twitter, sound bites and instant celebrity, strong leadership is all too easily confused with the ability produce the aggressive one-liners that grab the headlines and go viral in cyberspace.

Ishihara is not the only politician to turn this situation to his advantage. On 12 September, the equally outspoken mayor of Osaka, Toru Hashimoto, launched his Japan Restoration Party, whose platform combines vehement nationalism, neoliberal economics and a radical overhaul of the political system. Hashimoto’s vision for Japan includes, among other things, a single-chamber parliament and a quasi-presidential directly elected prime minister. Strong personal leadership is the key refrain of Hashimoto’s rhetoric: his most widely quoted comment is his remark that “what Japan needs now is a dictatorship.” Like Ishihara, Hashimoto has also succeeded in seizing the headlines with provocative statements that have inflamed tensions between Japan and its Asian neighbours. In August of this year, he provoked fury in China and Korea by denouncing the apology which Japan’s chief cabinet secretary issued almost twenty years ago to the former “comfort women” — women from Korea, China and elsewhere who were forced or tricked into working in wartime military brothels, where they were subject to extreme sexual abuse.

Hashimoto initially sought to tap the mood of discontent by including a promise to phase out nuclear power in his party’s platform. But the shallow foundations of his anti-nuclear stance became evident when, just four days after it was formed, Ishihara’s Sunrise Party merged with Hashimoto’s Restoration Party, and arch-advocate of nuclear power and nuclear weapons Shintaro Ishihara was named as the reconstituted Restoration Party’s new leader, with Hashimoto as his deputy. Ishihara then gave a news conference at which he called for Japan to “simulate” acquiring nuclear weapons as a precursor to deciding whether or not to become a fully nuclear-armed state. (How a nation simulates nuclear armament remains to be explained.)

While parties have been proliferating, in late September the old and long-dominant Liberal Democratic Party elected a new leader, Shinzo Abe, who had previously served as prime minister from 2006 to 2007. Abe has close links to Hashimoto, and had earlier reportedly been considering allying himself with Hashimoto’s new party. Despite public statements on the importance of ties with China, Abe’s previous tenure as prime minister was marked by frictions with neighbouring countries over his own provocative statements on the “comfort women” issue: statements which he then rather half-heartedly retracted.

The nationalist troika of Abe, Hashimoto and Ishihara share a core commitment to revising Japan’s postwar constitution by removing the “peace clause” that limits the scope of Japanese military expansion. Abe has promised that, if elected, he will first seek to alter Article 96 of the constitution, which defines the processes governing constitutional revision, so as to make fundamental revisions of other clauses (particularly the peace clause) easier. Though Abe’s comments on the nuclear weapons issue have been more circumspect than Ishihara’s and Hashimoto’s, he has expressed the view that the development of “small” nuclear weapons would be permissible even under Japan’s present constitution. As prime minister, Abe assured anxious neighbours that Japan’s arsenal would remain non-nuclear, but his year in power was marked by vocal debates within the ruling party about the possibility of Japan’s acquiring nuclear weapons: debates which Abe did nothing to discourage.

Current polling has Abe’s party well ahead of its rivals, while two out of three recent polls place the Ishihara–Hashimoto Japan Restoration Party in second spot. Abe’s party may not garner the two-thirds majority in both houses of parliament that it needs to initiate the constitutional revision process, but if the Restoration Party also polls well, a formidable coalition of far-right forces will be in the making. Such a coalition would open the way to a serious push to remove the peace clause from the constitution and could revive debate on nuclear weapons. This would unquestionably evoke strong reactions from surrounding countries, very probably triggering a cycle of escalating military tensions in Northeast Asia. Australians concerned about the future of the region should seriously be considering how to respond to this scenario.

The countries of the Asia-Pacific, including Australia, need an effectively led Japan with the strength and vision to play a key role in regional cooperation. But a Japan led by strident chauvinists whose populist pronouncements aggravate regional tensions would be bad news for Northeast Asia, bad news for Australia and above all bad news for the people of Japan itself. • 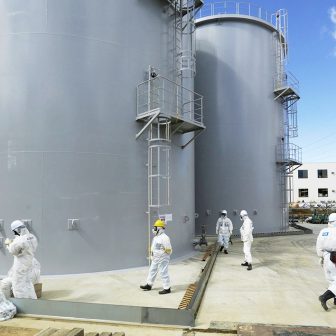