Will the new president do more than simply return to the policies of the past? 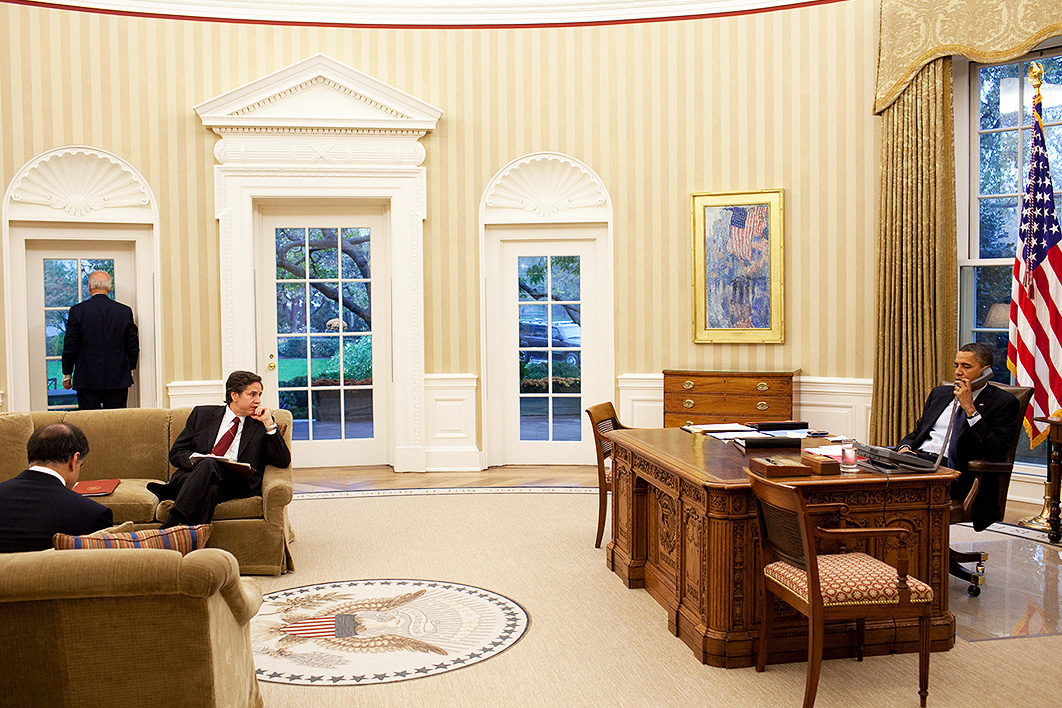 In foreign ministries around the world, Joe Biden’s victory felt like the end of a hostage situation. After four years of threats, insults, tariff wars and unilateralism, the world is eager for diplomacy to once again be diplomatic. Biden promises a return of the old standards: predictability and stability, respect for allies, and far more consultation and compromise.

But the collective relief is tempered by an understanding that a return to an earlier era of US foreign policy is not on the cards. Even if Americans had decisively repudiated Trumpism — and they have not — the world has changed. Four years of Trump’s rants, the devastating effects of a global pandemic, growing fissures in the post-1945 international system — all these have reconfigured how Americans view the world and how the world views America.

In two key areas in particular, the new political environment will sharply constrain what Biden can do. The first is relations with China, where record levels of public and elite hostility will block most roads to cooperation. The other is US global leadership, where surging nativism, the danger of a Republican-held Senate (to be decided in January) and a lack of imagination within the Biden team will hamper the administration’s capacity to generate popular support at home.

Trump made China an American obsession. Thanks to his rhetoric, his policies and the pandemic, Sino-American relations have sunk to their lowest point in decades. Just fifteen years ago, only a third of Americans polled said they had somewhat or very negative views of China; now, it’s nearly three-quarters. Trump and other Republicans have fed Americans a steady diet of vilification about China’s role in spreading SARS-CoV-2, stoking anger and a desire to “make China pay.”

States, individuals and companies have launched more than a dozen lawsuits against the Chinese government and Chinese entities. Republicans have floated proposals to coerce China into paying $1 trillion in bonds dating back to before 1949 while suggesting, without blinking, that the United States repudiate debts to China. Democrats in Congress, who agree with Republicans on almost nothing else, eagerly reach across the aisle on measures to confront Beijing. Worries about Chinese control of the supply and price of health-related commodities like antibiotics and PPE are among the reasons why the new buzzwords are “decoupling” and “reshoring”: an economic breakaway of the United States from China.

On market access, tariffs, industrial policy, the South China Sea and Taiwan, the political climate will push Biden towards confrontation. He may find it expedient to adopt some of Trump’s trade goals, but using softer tools. Added to the mix will be his own tough rhetoric about human rights concerns in Xinjiang and Hong Kong. Chinese leaders and many intellectuals since the 1990s have viewed human rights criticism as part of an American plot to halt China’s rise, and US human rights talk has hardened Chinese nationalism. In the face of America’s own failings around Black Lives Matter, voter suppression and the erosion of democratic norms, lecturing from the Biden administration will strike the Chinese as ludicrously disingenuous. All of these issues will acutely complicate another urgent priority for Biden: working towards engagement with China on climate change and pandemic management.

More fundamentally, Biden will find a country deeply divided about its relationship to the rest of the world. The notion that the United States should play a global leadership role underpinned by a sense of common interests has become anathema to the many Republicans who embrace the unleashed and undisguised selfishness of America First. A recent poll showed that half of Republicans feel that the United States is “rich and powerful enough to go it alone.” Asked what the pandemic made clear, 58 per cent of Republicans responded that it is most important to be self-sufficient and not depend on other nations. Hyper-nationalists on the far right will scream loudly at every multilateral move by Biden, reviling him for having “used American sovereignty as a doormat” and acting as though the United States were “just another member of the UN.”

Republican sentiment, if buttressed by Republican control of the Senate, will likely lead Biden to the same kind of reliance on executive orders that Obama resorted to in the face of congressional obstruction. Obama signed the Paris climate accords and the Iran nuclear agreement without seeking congressional approval, and Biden can do the same. But without the new spending commitments that only Congress can enact, executive action on many issues will be hollow. And a judiciary firmly in the hands of Republicans will be ever more emboldened to check this use of executive power.

Democratic voters remain committed to multilateralism. They recognise the need to cooperate with allies and others in solving what they regard as the world’s most urgent problems: climate change and the pandemic. But the Democratic foreign policy establishment has been remarkably unimaginative in developing visions to counter America First. Although internationalists admit that the post-1945 world order is no longer fit for purpose and that liberal internationalism needs to be reconfigured, the proposals they offer tinker on the margins — calling, for example, for “ad hoc clubs” of like-minded nations to work on specific problems or for adding pandemic preparedness to NATO’s responsibilities. Biden’s pick for secretary of state, Antony Blinken, is from the traditional internationalist mould: keen on using military power in exactly the kinds of ill-conceived interventions and endless wars that have fuelled public disenchantment with an activist foreign policy.

The vision on the reinvigorated Bernie Sanders–aligned left is simple and largely negative: renounce military supremacy. The Quincy Institute for Responsible Statecraft, launched a year ago with funds from the unlikely combination of the Koch brothers and George Soros’s Open Society Foundations, was founded out of frustration with what its leaders call a lethargic and dysfunctional foreign policy establishment. “America has no need to be so powerful” was the headline of Quincy Institute co-founder Stephen Wertheim’s recent op-ed in the New York Times. But what does it need to be?

The country has a staggering array of domestic problems to deal with, and managing those is essential if it wants to play an effective role in the world, whatever that role might be. But Americans also need a positive vision for their place in the world. A successful foreign policy vision rests on emotions that inspire and motivate. America First was powerful because it sparked and harnessed an outpouring of fear and pride. What do Biden and liberal internationalists have to offer in its place? Ad hoc global clubs? A return to normalcy? Globalism lite? More endless wars? A “democracy summit” led by one of the world’s least inspiring democracies? Tepid revisions of the old order will quickly lead to disillusionment and disaffection.

The incoming president, a consummate twentieth-century politician, is among the most linguistically inept of all political leaders. And yet it falls to him to find the words to inspire Americans through their great twenty-first-century challenges. Is the age of miracles over, as the proverb has it? Let’s hope not. •

Barbara Keys is Professor of US and International History at Durham University. Her books include Reclaiming American Virtue: The Human Rights Revolution of the 1970s (Harvard University Press, 2014).

Where the fight against Covid-19 will be won or lost 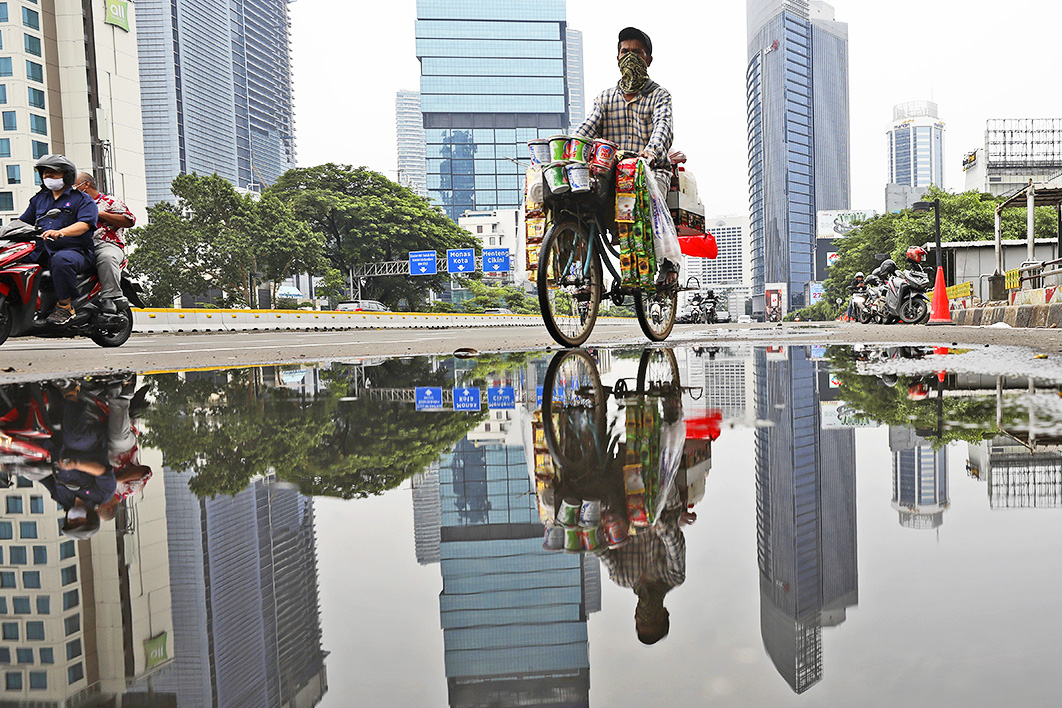