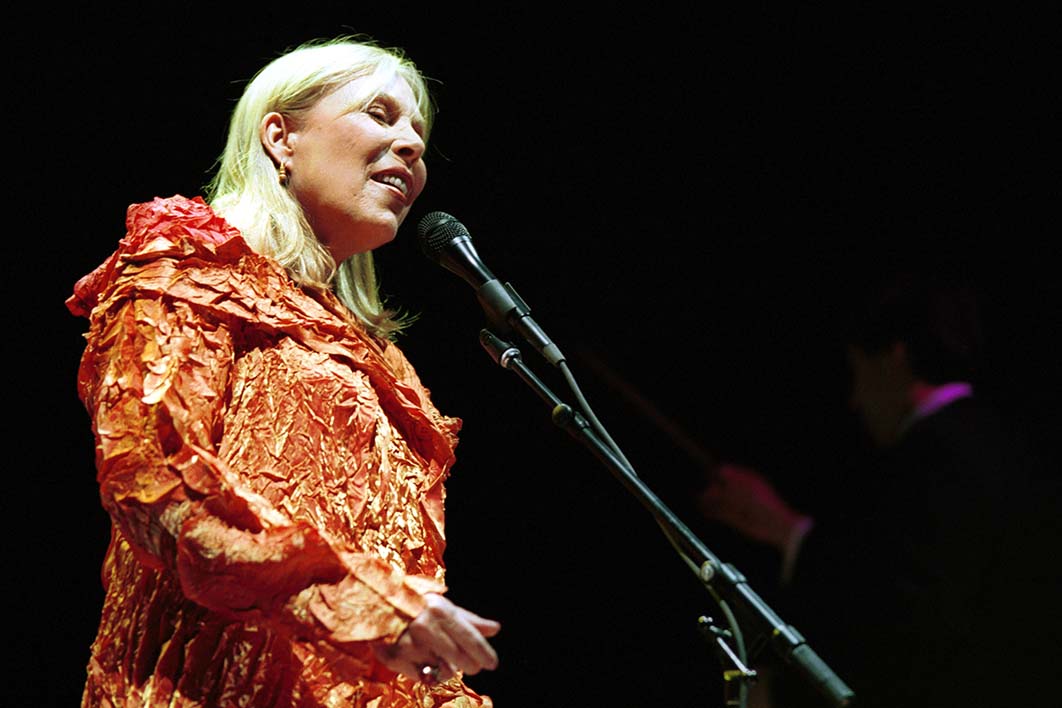 In Johnny Cash’s version of “Wichita Lineman,” there’s a beautiful, heart-stopping comma. That’s all it is, a comma, but it changes the meaning of the song.

“Wichita Lineman” was written by Jimmy Webb. Glen Campbell had a hit with it in 1968, and most people of a certain age can probably conjure up the sound of his smooth vocals in their mind’s ear: “I am a lineman for the County / And I drive the main road / Searching in the sun for another overload.” There are only two verses, the first half of each dealing with the singer’s job, the second half with his relationship. The relationship is obsessive (“I hear you singing through the wires / I can hear you through the whine”) and the job is demanding — he needs “a short vacation.” The way Campbell tells it, being the “Wichita Lineman” isn’t much fun.

But Cash’s comma ushers in pride. “I am a lineman, for the County,” he sings. Just listen to him! This man has a trade, a profession: he’s a lineman. What’s more, he works for the County. It’s a prestigious gig. So to hear him, in verse two, practically begging — “And I need you more than want you / And I want you for all time” — is all the more affecting.

Cash’s recording first appeared on the vinyl version of The Man Comes Around, the fourth American Recordings album produced by Rick Rubin in 2002. His voice was ravaged and quavery, seldom in tune, but full of the wisdom of experience. It was the quality that told him to make that gap after “lineman.” He was only seventy, but sounded older. He died the following year.

Elderly voices can do things younger voices can’t. They don’t try so hard. In his new book, It Gets Me Home, This Curving Track, Ian Penman writes about Joni Mitchell’s recording of two of her own songs from three decades earlier, the title track and “A Case of You,” on her standards album Both Sides Now (2000). He likens them to late Rembrandt self-portraits.

“She returns to these songs of her (and our) youth,” he writes, “and sings them inside out with her fifty-seven-year-old voice and all it contains: all the love, desire and disappointment; all the lessons learned from long hours working with brushes and paint. Cigarette smoke, lipstick and holy wine.”

The lines come near the end of the book’s final chapter, which is actually about Prince, who had recorded his own memorable version of “A Case of You.” Prince is one of seven musicians given a chapter by Penman. The others are James Brown, Charlie Parker, Frank Sinatra, Elvis Presley, John Fahey and Donald Fagen. At the outset, you wonder what these men might have in common, and the answer, you gradually realise, is something to do with lateness. Parker, Presley and Prince died relatively young, though arguably they all had late periods, but Brown, Sinatra, Fahey and Fagen continued performing into old age. Even early in Steely Dan’s career, Fagen seemed a generation ahead of those he was singing about (“Showbiz Kids,” “Hey Nineteen”).

The theme of the book is never spelt out, and anyway this isn’t a through-composed piece of writing. It is a collection of essays, written between 2012 and 2018 for the London Review of Books and City Journal, but it slowly becomes clear that Penman’s main concern is something like musical truth. One of the first clues, in his introduction, comes from songwriter and producer Dan Penn, who contrasts Chuck Berry with Bobby “Blue” Bland and Aretha Franklin. “He was cute and he was smart,” Penn said of Berry, “but he never went to church. I never heard that in his voice.”

Penman doesn’t believe Penn meant this in a literal sense. It wasn’t so much that Berry was godless, but that he never went “somewhere altogether elsewhere and unexpected the music takes you, somewhere that’s hard to name.” Without attempting to name the place, the book undertakes a search for it, finding it, time and again, in the work of these musicians and particularly their late work. It is as though in maturity they became more themselves. Perhaps we all do.

So it is that Penman finds Sinatra’s truth (because musical truth is really what we’re talking about) on albums from the 1960s and 70s that we tend not to take very seriously. Vocally, Sinatra’s great period was probably before the war, singing with Tommy Dorsey’s orchestra. Musically, his best work is surely from the 1950s, working alongside Nelson Riddle and others. But he was never more himself than in the late 1960s. The choice of material was hit and miss, so were the arrangements, and nobody needs to hear Sinatra’s versions of “Mrs Robinson” or “Both Sides, Now.” But on A Man Alone (1969) and Watertown (1970), which Penman says he reveres “like holy objects,” Sinatra is “disarmingly convincing.” The songs are not of the quality of the standards found on the singer’s Capitol recordings with Riddle, but they are effortlessly, truthfully performed. You can hear the commas.

Penman, naming no names, writes of today’s stars attempting to pull off Sinatra’s style and admits they sometimes get the surface details right. But ultimately they always fail. “They can’t ‘do’ Sinatra, because Sinatra didn’t ‘do’ easy, imitable exaggerations. His tone was toned right down: his slow-burn intensity came from somewhere deep inside… None of this can be applied like spray tan. It’s probably not something that can even be learned any longer.”

Sinatra, Penman writes, “may be the last big mainstream entertainer to perform without carefully applied quotation marks.” And there it is: musical truth.

The title of It Gets Me Home, This Curving Track comes from a 1958 poem, “Walks,” by W.H. Auden. But Penman imagines the “curving track” of black vinyl, while home is the place that all musically truthful singers take us. •

Composer Andrew Ford presents The Music Show on ABC Radio National. His latest book, The Song Remains the Same (written with Anni Heino), is out this week from La Trobe University Press and Black Inc.