Kenya versus The Hague

President Kibaki and his allies continue to resist an international trial of alleged perpetrators of the 2007 post-election violence, writes Xan Rice 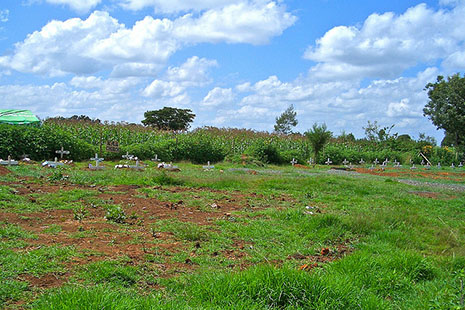 Above: The Kiambaa churchyard with the remains of the church where at least seventeen people died during the post-election violence in 2007.
Photo: Jose Miguel Calatayud/ Flickr

JUSTICE doesn’t come easily in Kenya. Just ask Grace Githuthwa, a victim of the single worst atrocity in the violence that followed the 2007 presidential election. Along with her four young children, her niece and several dozen other terrified Kikuyu villagers, Githuthwa had sought shelter in a church near her home in Rift Valley province on New Year’s Day in 2008. Gangs of young Kalenjin men had been hunting Kikuyus, the ethnic group of President Mwai Kibaki, who had just rigged the election to stay in power. Around mid morning, a large militia singing war songs reached the church. Ignoring the fact that the people inside were mostly women and children, they blocked the door and pushed flaming mattresses against the windows. At least seventeen people died in the inferno, including Githuthwa’s three-year-old niece Miriam, who was ripped from her arms as she climbed out of the window and thrown back into the fire.

I met Githuthwa the next morning when she returned to the razed church, hoping against hope that her niece had survived. She had not – Miriam was one of the tiny charred corpses placed side by side by Red Cross workers sifting through the warm ashes.

More than 1300 people died in the post-election violence, but the Kiambaa church fire came to symbolise the horror of the ethnic violence. Four Kalenjin men were put on trial for the attack. Githuthwa, a brave and resolute woman who still lives a short walk from the ruins of the church, testified against them. All the defendants were acquitted. The prosecution and police had done a terrible job, the judge said. That may well have been true, but this was one of the very few cases of post-election violence that even reached the courts. To date scarcely a single person has been successfully prosecuted for those crimes — a shocking indictment of the Kenyan government and the legal system.

Now, more than three years later, Kenya’s coalition government – or at least the part of it headed by Kibaki – claims finally to have found the will and the means to render justice. But the promise to establish a special tribunal is as disingenuous as it is desperate. It has nothing to do with providing solace to people like Githuthwa, or even preventing a repeat of the violence around future polls. It is about saving the skins of six men – all but one of them rich and powerful – who have been accused by the International Criminal Court of crimes against humanity for helping to plan, incite or fund the post-election bloodshed.

ICC prosecutor Luis Moreno-Ocampo, who decided to investigate the Kenyan violence after the government showed no willingness to pursue the main perpetrators, named the suspects in December 2010 in a media conference watched across the country. His list included William Ruto, regarded as the most powerful politician in Rift Valley province, local MP Henry Kosgey, and local radio presenter Joshua Arap Sang. But the biggest names were all from Kibaki’s side: Uhuru Kenyatta, who is both deputy prime minister and finance minister, as well as being the son of Kenya’s first president, Jomo Kenyatta; Francis Muthaura, the head of the civil service and Kibaki’s gatekeeper; and former police chief Hussein Ali. On 8 March judges in The Hague agreed to Moreno-Ocampo’s request to summons the six, and they are due to appear in The Hague on 7 April.

Prime minister Raila Odinga, who leads half of the coalition, has expressed support for the ICC case – as have Githuthwa and the majority of Kenyans, according to polls — and did not react adversely to Moreno-Ocampo’s announcement in December. But there was panic in Kibaki’s camp. The case against Muthaura was unexpected, and deeply embarrassing for Kibaki given their close relationship. Ali was also a presidential appointee, while Kenyatta had been expected to lead Kibaki’s party after the president steps down in 2012. So the government – or at least Kibaki’s arm of it, plus Ruto and his political allies – hatched a desperate plan. There was talk of withdrawing from the international court, but when it became clear that would not save the “Ocampo Six,” the Kibaki clique decided to request a twelve-month deferral of the ICC case to buy time to establish a local tribunal. The UN Security Council can grant a deferral if the peace and security of the country are at stake.

This hardly seems the case here in Kenya – indeed, many would argue the greater danger would be if nothing is done to deal with the issue before the next election in 2012. But the government pressed ahead regardless. Vice-president Kalonzo Musyoka, who is allied to Ruto and Kenyatta, was sent across Africa lobbying governments to support Kenya’s position.

A slick, fourteen-minute video was produced by the Kibaki camp and aired at the African Union summit. To those who don’t know Kenya – and many African leaders clearly don’t, for they chose to back the deferral – it might have seemed that Kibaki and his allies had a point. After all, a new constitution was passed last year, and if the judiciary is reformed as promised a local tribunal might have some credibility.

But a closer look at the video reveals what a nasty piece of anti-ICC propaganda it is, and just who it is serving. A clip shows Kenyatta telling supporters in January 2008 not to launch revenge attacks on other ethnic groups, but mentions nothing of the secret meetings to plan reprisals that he is accused of attending. The two experts who provide the video’s most stringent criticism of the ICC – that it is biased against Africa – are David Hoile, who calls the court “a cancer,” and David Matsanga. In fact, Hoile, a Briton described as a “research professor and African scholar,” is better known as a supporter of the Sudanese government and its president, Omar al-Bashir, himself an ICC fugitive. Matsanga, dubbed a “conflict resolution expert,” is the former spokesman for Uganda’s brutal Lord’s Resistance Army, which continues to sow terror in central Africa.

Watching the video it is clear that for Kibaki the main victims of the post-election violence are the Ocampo Six. I listened carefully for mention of the true victims, people like Grace Githuthwa. There were few. At one stage the narrator talks about “conflict-ravaged communities” needing to find a way “of moving beyond the shadows of the past.” The ICC would only “add to this baggage.” Kenyan justice would be far better, was the conclusion. Which, as many Kenyans would agree, is akin to no justice at all. •

Xan Rice is a Nairobi-based correspondent and writes monthly for Inside Story. 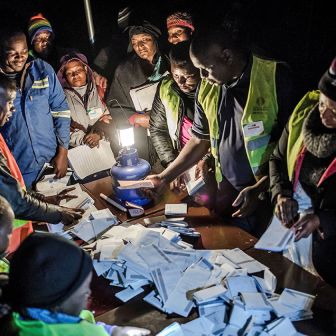 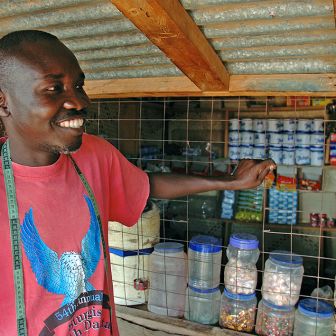 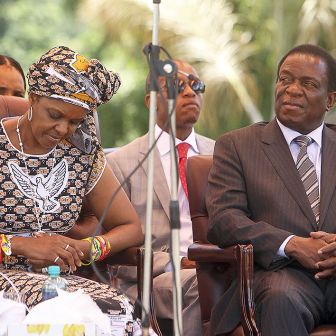 Japan can emerge from this disaster strengthened and more vigorous

Children line up for food and water at an evacuation centre in Sendai. Jensen Walker/Getty Images for Save the Children 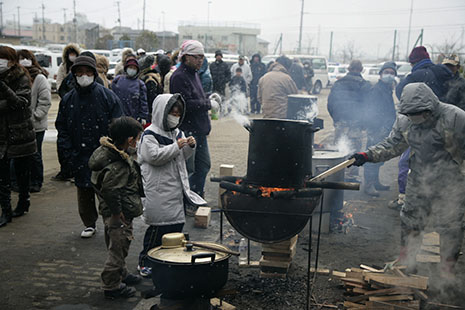 Children line up for food and water at an evacuation centre in Sendai. Jensen Walker/Getty Images for Save the Children