Massive public assistance is being given to a dying technology, writes Rob Chalmers, just when electric cars are showing enormous promise 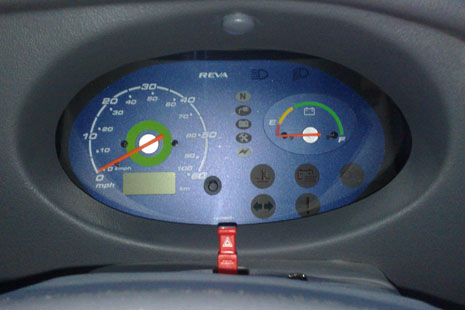 THE SOUTH AUSTRALIAN PREMIER, Mike Rann, says he is “confident” that General Motors will agree to manufacture an electric car at the Holden plant in Elizabeth. Following his discussions in Detroit with GM’s chief executive Fritz Henderson, Rann said the prototype battery-powered Volt could be built on an existing production line in Elizabeth. Sounds good. Perhaps Kevin Rudd or the industry minister, Kim Carr, should have taken themselves off to Detroit for similar discussions with Henderson before announcing the government’s $500 million Green Car fund to build low emission vehicles in Australia.

The government is showering money on the Australian car industry, the latest example being a $200 million line of credit to Holden. This is making no discernable difference to the business-as-usual mindset at Holden, which has announced it will continue to produce the Commodore with a V6 engine. Although it will be 13 per cent more fuel-efficient, it will not qualify for green car funds. The Commodore will produce 221 grams of greenhouse gases per kilometre, as against the 130 grams fleet average the Europeans will move to by 2012. (Reports suggest that this is also the target set in China.) Meanwhile, Holden is sticking with petrol, despite having access to $150 million of the Green Car fund for its small cars. In the Australian Philip King reports that $200 million of the scheme will be used to import GMH’s small car engines, developed by foreign technology.

While the government insists the money it is handing out is essential for the car industry, it lacks any clear vision of the future. Sooner or later, petrol will no longer be used in cars. The world is starting to focus on electric, where the most recent developments are promising. Under the Better Place battery-swap concept, for example, a $500,000 machine at a service station will allow car owners to swap fresh, fully charged, batteries faster than filling up the tank. With bigger production runs the capital cost will come down, and the technology will improve as battery technology – being feverishly worked on overseas but not commercially in Australia – increases the power and life of batteries. Better Place also envisages charge spots at homes, shopping centres and workplace car parks.

Hamilton Island, the centre of the Whitsundays tourist industry, provides a glimpse into the future. Hamilton is about as big as a small suburb or a medium-sized country town and the locals all use electric buggies, rather than cars, to get around. Anyone who has driven an electric golf buggy knows they are much simpler and lighter than a car – no clutch, gears, cooling system, oil filters etc. The lack of traffic noise is striking.

Electric cars of the future will not be much different from today’s golf buggy, although they will have a car body shell, more comfortable seating, a boot and a much more powerful electric motor. Simply avoiding the production of bulky petrol or diesel engines and complex automatic gearboxes, wherever they are made, would make a major contribution to emission reductions. Electric cars will be so relatively simple to manufacture that existing car manufacturers could find themselves competing with new players. The production of efficient electric cars would inevitably lead to the development of electric trucks and buses, the latter making a big contribution to urban public transport and reduction, not only of carbon dioxide but also of city smog. The federal government should be applying pressure to get real value out of its Green Car fund.

True, a battery car is not emission free, since recharging the batteries uses the product of coal powered generators. Yet even with brown electricity, the contribution of battery cars to greenhouse gases is far lower than that of petrol or diesel vehicles. But coal power generation will continue only if geosequestration is a goer. If it fails, power stations will be run by gas, in the medium term, on the way to 100 per cent power production by renewables. In New South Wales, where the Hunter is the centre of coal power generation, geological conditions are not suitable for holding liquid CO2 underground; nor is the outlook good for injecting CO2 into safe storage underground in all of New South Wales and Queensland. The Nationals would be wise to re-think their present policy of mandating a 10 per cent ethanol–petrol mix. Like petrol, ethanol has a limited future. Further, with the world approaching a food shortage crisis, grain is being used in Australia to produce ethanol.

National MPs, almost to a man and perhaps a woman, are climate change deniers or sceptics, Barnaby Joyce being the most vocal. Perversely, although Joyce and others ignorantly claim that the government’s emission trading scheme will wreck the Australian economy, the National Party Federal Council this month voted narrowly in favour of gross feed-in tariffs for small-scale renewable energy systems. Joyce and Nats dinosaur Ron Boswell opposed the policy and lost the vote. Boswell’s astonishing reaction to this was to declare he would work to ensure that feed-in does not become the party’s policy at the next election. He said, accurately, that the feed-in policy was more like a Greens policy than a Nats policy, which is hardly a sound basis for its rejection; it’s either good policy or bad, irrespective of which party proposes it.

So not only are the Liberals split on climate change, but so are the Nats. Nevertheless, their highest policy body has now conceded that climate change is real and that it is, at least in part, caused by human activity. The council also called on the federal government to work with the states to introduce feed-in arrangements. If feed-in policies operate, then sunny Queensland, represented in the Senate by Joyce and Boswell, would be ideally placed. Householders could provide all their energy needs from rooftop photovoltaic panels, with any excess power sold into the grid to help pay off the capital cost of the rooftop investment. And such households would have cheap plug-in facilities for their electric cars. •

Rob Chalmers is editor of the weekly newsletter Inside Canberra.

Australia and the west missed an opportunity when they largely ignored a United Nations report on the financial crisis, writes Ross Buckley 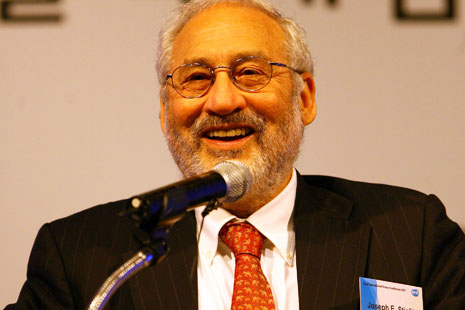