Killing for the cause

How did it happen? Faheem Khalid Lodhi (right) of Punchbowl being led into Sydney’s Central Local Court on 22 April 2004 to face charges on seven terrorism-related offences. He became the first person to be convicted of planning a terrorist act under Australian law. Mick Tsikas/AAP Image 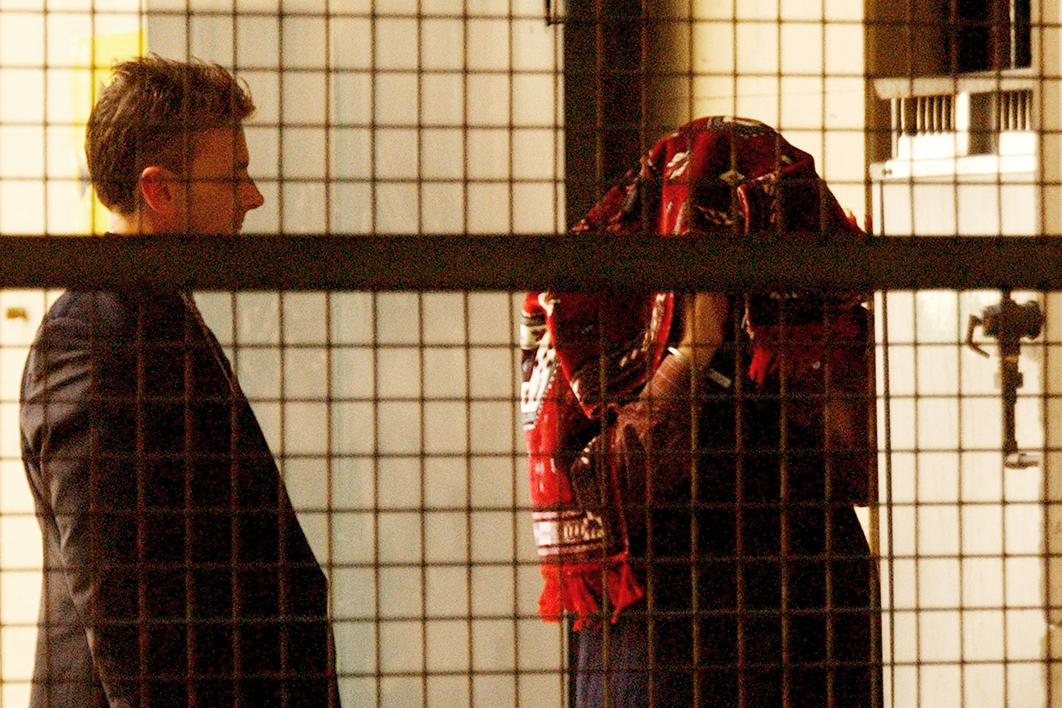 How did it happen? Faheem Khalid Lodhi (right) of Punchbowl being led into Sydney’s Central Local Court on 22 April 2004 to face charges on seven terrorism-related offences. He became the first person to be convicted of planning a terrorist act under Australian law. Mick Tsikas/AAP Image

If the Australian branch of the Popular Front for the Liberation of Palestine had been more determined, the recently mourned Bob Hawke might not have become prime minister in the first place. The PFLP loathed Hawke’s assertive pro-Israel stance when he was Labor Party president and plotted to assassinate him in 1975.

That’s just one of the increasing number of terrorist plots that have been conceived in Australia, or have had a potential or actual impact on Australians abroad, in recent decades. Some of the plotters’ names have been etched into our collective memory: Ali Amrozi bin Haji Nurhasyim, the “smiling bomber,” one of the masterminds of the 2002 Bali bombings; Faheem Khalid Lodhi, who planned large-scale attacks on Sydney’s power grid and defence installations in 2003 (and is eligible for parole this year); Neil Prakash, the high-profile Islamic State fighter previously linked to a spate of plots and incidents within Australia, who was stripped of his Australian citizenship last year; Man Haron Monis, who mounted the ill-fated siege at the Lindt cafe in Sydney’s Martin Place; and, most recently, Brenton Tarrant, whose publicity-seeking manifesto and killing spree in Christchurch echoed that of Norwegian lone wolf Anders Breivik.

Many more people have been actively involved in or danced around the edges of terrorism, among them “home growns” and migrants driven by religious or political fervour, the latter including both left-wing (animal rights activists, for instance) and right-wing extremists. But none of these people was born an extremist. So how did their transformation happen? Why them and not their siblings, friends or co-workers? How long did their radicalisation take? Could we have seen it coming and perhaps stopped them from sliding into the abyss of warriorhood and martyrdom?

Many a research grant has been given and many a consultancy paid to answer those questions. That’s hundreds of millions of dollars doled out to researchers and other experts to come up with solid answers to the master question of why people “radicalise” to the point of wanting to hurt and kill, at the risk of their own deaths or lengthy incarceration, and how that process can be disrupted and reversed.

In a plethora of books, reports and papers, historians, political scientists, students of international relations, various stripes of psychologists, criminologists and sociologists, and media and communication researchers have weighed into the debate. But the landscape they have created is vast and difficult to navigate, so we should be grateful to scholars who undertake the mammoth task of reviewing, synthesising and assessing large chunks of that rugged terrain.

Dutch social psychologist Kees van den Bos has done just that, and succeeds splendidly in identifying what we can learn from the very large cluster of theoretical and empirical studies that seek to comprehend radicalisation as an escalation process. Van den Bos defines radicalisation as a person’s growing willingness to pursue and/or support radical changes in society, and to do so in ways that are in conflict with or could pose a threat to the democratic legal order. At the heart of radicalisation lies a move from an activist disposition to pursue one’s ideals or goals through extra-parliamentary activities, to an extremist disposition to commit illegal and sometimes violent acts, and finally to a terrorist disposition to engage in violent or otherwise destructive acts with the aim of causing serious public disquiet, influencing political decision-making and bringing about social change.

Van den Bos has earned his stripes as a social justice researcher and consciously uses that route into understanding radicalisation. Don’t turn to this book if you want to know about the role played by mental fragility, mental illness or traumatic childhood experiences. And don’t expect to learn much about the role of economic deprivation, class consciousness or the ravages of neoliberalism. What you will learn is how a reservoir of resentment can build up in people who feel they have been unfairly treated (by public authorities and institutions, for example) and feel deprived (why should rich people live like that while people like me can barely afford the shirts on our backs?). And how that resentment is fuelled by feelings that members of “outgroups” (“the elite,” “foreigners,” “unbelievers,” “the agro-industrial complex”) behave immorally, which then intensifies the drive to take action to defend one’s own group or supposedly superior cultural values.

When these perceptions of unfairness amass in people who for a variety of reasons have trouble controlling their impulses, and when that happens at a time of life when they feel uncertain about themselves or are encountering information about the world that is threatening to them, a potentially poisonous psychological cocktail can be produced. The radicalisation that ensues manifests itself in an increasing rigidity of thought, vehement defences of one’s worldviews and, in extremis, a violent rejection of laws and democratic principles.

Van den Bos musters dozens of studies — experimental research under highly controlled conditions; survey- and interview-based studies involving radicalised individuals; content analyses of speeches and biographical material about known terrorists — to painstakingly construct relatively simple models. With a keen eye for similarities and differences in the radicalisation pathways of religious, right-wing and left-wing extremists and terrorists, he never loses sight of nuances or the limits of the available evidence. His is a forensic approach, picking apart the main factors. Each of them — perceptions of unfairness, uncertainty and threat, insufficient self-correction, rigidity of thought, emotionally charged defences of worldviews, and rejection of law and democracy — is treated in separate chapters carefully examining what we know about them and how they might interact with one another.

Given its complexity and contextuality, deradicalisation presents our societies with what Van den Bos observes to be a daunting task. Governments everywhere know that relying on predictive intelligence, interventionist policing and the criminal justice system alone is never going to be enough to beat the odds of violent extremism and terrorism. Law enforcement has to be complemented by broader efforts to disrupt the lure of radicalisation. Evaluation studies in Van den Bos’s native Holland suggest that many existing deradicalisation schemes are more akin to groping in the dark than to systematic, evidence-based policy. Idiosyncratic and localised experiments come and go, sometimes hastily conceived on the wings of the public concern and political expediency that translate into bursts of funding.

Policymakers wanting to know what to do (and what to stop doing, or not even try) will do well to read the penultimate chapter, which is devoted entirely to presenting a suite of possible measures to prevent radicalisation and combat it once it has started to affect particular individuals and groups. Given the thrust of the research the book covers, its policy recommendations are slanted towards taking away what Van den Bos takes to be the root cause: perceived unfairness.

In particular, he suggests that institutions and authorities can do much more to provide citizens and clients of all stripes with the sense that they are treated with respect, and with better opportunities to raise issues of concern and feel listened to and taken seriously. In other words, we need kinder, gentler and, above all, fairer engagement across the board, not just more targeting of the “at-risk” groups we have been investing so much in since 11 September 2001. Soft solutions for a hard problem: it seems incongruous at first, but anyone who makes the effort to read this timely book will understand that we ignore them at our peril. • 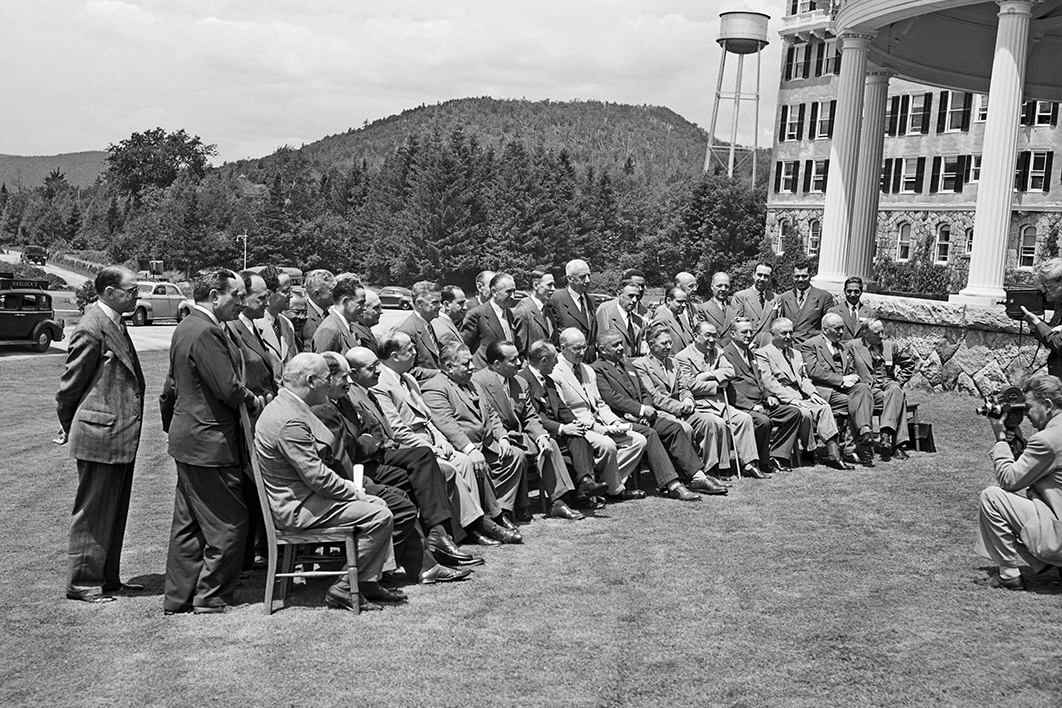