Labor and the moguls 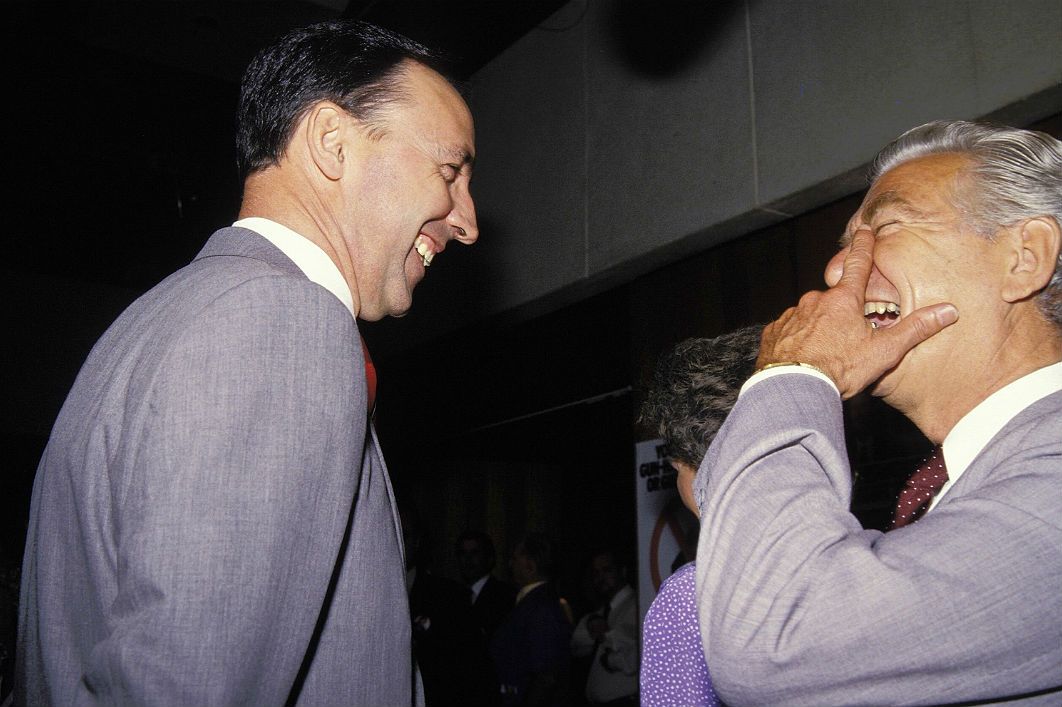 Towards the top of the BRW Rich Lists of 1983 and 1984 was the Fairfax family, the oldest of Australia’s media dynasties. The Fairfaxes were enjoying a highly profitable era based on earnings from the Sydney Morning Herald, the Melbourne Age and the Australian Financial Review — so much so that their company was valued by BRW, itself a Fairfax publication, at $175 million in 1983 and $300 million in 1984. It is little wonder that Kerry Packer, Rupert Murdoch and many others looked enviously on Fairfax’s “rivers of gold,” its lucrative classified advertising. But the extensive holdings of the Fairfax family meant that the firm was also seen as impregnable.

Another widely coveted company was BHP, the nation’s largest, with its extensive mining and manufacturing interests. Robert Holmes à Court, a Perth-based lawyer and brilliant corporate raider, mischievously claimed that his ambition was to turn it into a subsidiary of a firm he controlled, Bell Resources. By the time the 1984 Rich List appeared, Holmes à Court was said to have amassed a personal fortune of at least $165 million. In an era when bankers were falling over one another to offer loans to ambitious entrepreneurs of this kind, public companies — especially when cashed-up or undervalued — were vulnerable to raiders.

By 1985 the effects of an already impressive bull market were apparent in BRW’s list. With a fortune of $300 million, Holmes à Court was now judged the country’s richest man; in the previous year alone, his wealth had increased by $135 million, or $2.6 million per week. The Murdochs, however, were still the richest family, with $400 million. Large personal profits were being made from media and retailing empires but the fortunes of developers such as George Herscu, Frank Lowy, Ted Lustig and the Grollo brothers — all European migrants — were also growing quickly on the back of a buoyant market in commercial property.

A year later, when the 1986 Rich List was published, the era of the entrepreneur had well and truly arrived, as had “the takeover revolution.” Among the more significant of the mergers at this time was that of the large and venerable Melbourne-based businesses Coles and Myer, the Myer family thereby relinquishing control of a retailing empire that had its origins in an emporium established in Bendigo on the eve of Federation. But there were large compensations: $72 million in cash and forty million shares in Coles Myer, as well as two seats on the new company’s board. BRW estimated the family’s wealth at $330 million.

Another fabulously rich Melbourne clan, the Murdochs, was also flourishing, with an approximate wealth of $700 million on the back of a massive increase in the price of their News Corporation shares. Rupert himself had disappeared from the Rich List, however, to become a citizen of “the richest, most free and happiest country in the world,” as he called the United States. US law prevented foreigners from taking up more than 20 per cent of a broadcasting licence and Murdoch wanted to buy a suite of American television stations. In a ten-minute citizenship ceremony in New York City in September 1985, he “absolutely and entirely” renounced “all allegiance and fidelity to any foreign power, potentate, state or sovereign of whom or which” he had “heretofore been a subject or a citizen.” The foreign power in question was Australia, the sovereign Queen Elizabeth II.

But put this way, Murdoch was surrendering very little: he was in all but name already a potentate in his own right, wrote a New York Times columnist, a “Multinational Man… by choice, a man without a country.” The judge who administered the oath of allegiance told Murdoch and the other 185 aliens in the ceremony that they now had the same rights as every other citizen of the United States; if they had something to say, he added — possibly with tongue in cheek — they could write to the newspapers.

While he had given up his right to cast a ballot at Australian elections, Murdoch’s wants were rarely permitted to slip from the forefront of political consideration. It was his company, and Kerry Packer’s, that Hawke, Keating and their closest allies and advisers in the Labor Party favoured over the two other major media companies, the Herald and Weekly Times, or HWT, and Fairfax. The right wing of NSW Labor, which formed Hawke and Keating’s power base, was now especially close to Packer. His father, Sir Frank, had been a dogmatic opponent of the Labor Party, but this matey Labor fraternity and the macho, sports-mad, knockabout businessman were simpatico. Some right-wing Labor politicians were infatuated with those who had enjoyed material success, and they relished the generous hospitality Packer laid on for them. Packer, for his part, enjoyed exposure to successful politicians who understood the media and would be willing to do him a good turn when the need or opportunity arose.

If Hawke and Keating had a less warm personal relationship with Murdoch than with Packer, they nonetheless hoped that any favours would be returned in kind. Everyone remembered the mess Murdoch had made of Whitlam in 1975, and they were aware of his partisanship in favour of Thatcher and Reagan. Hawke and Keating’s loathing for HWT, which Murdoch had in his sights, was predictable, since it had never been a friend of the Labor Party.

But their hatred of Fairfax had different roots. It too had once been a formidable opponent of the party, but its journalists’ attitude was generally favourable to the key policies of the Hawke government. Hawke and Keating’s antagonism to Fairfax had more to do with recent exposés and investigations, which all too frequently seemed to be concerned with Labor luminaries or businesspeople who would increasingly be dubbed Labor “mates.”

Fairfax had published articles alleging improprieties or worse on the part of Hawke’s close friends Peter Abeles and Kerry Packer, as well as Keating’s friend and fellow antique collector Warren Anderson, a property developer who became caught up in the bottom-of-the-harbour tax controversies of the early 1980s. Its papers had also been responsible for the corruption allegations against former Labor attorney-general Lionel Murphy.

In short, the company had allowed its journalists a long leash, and this was offensive to politicians who saw “the deal” as at the heart of political, as of business, life. In the case of Fairfax, they had no one with whom they could clinch the deal that would ensure their problems went away.

All of these likes and dislikes came powerfully into play when the federal government considered media ownership in the mid 1980s. The issue arose in part out of the manifestly inadequate provision of television services to areas outside the major cities. In the early 1980s, 35 per cent of homes with televisions received only one commercial station and the ABC. The Fraser government’s decision in 1979 to invest in a satellite opened up the possibility of better services in the regions, but with the danger of centralising power over programming and eroding local production.

But the two-station rule adopted by the Menzies government still prevailed as general policy: no one could own more than two television stations, with a limit of one in any metropolitan market. An owner with stations in Orange and Cairns reached the limit at the same point as Kerry Packer, with his Channel Nine studios in Sydney and Melbourne. This traditional structure couldn’t sustain an expansion of services.

But when the federal government considered its options, it was faced with a number of contending interests. The big players in the metropolitan television industry — Packer, Murdoch, Fairfax and HWT — would benefit from being able to establish national networks that could beam programs directly via satellite into the regions. But this would consolidate their dominance. Newer players wanted to be able to expand in ways that the present two-station agreement made impossible. And existing small regional players worried about surrendering their monopoly in a limited market.

Keating would eventually play the decisive role. Late in 1986, after sometimes bitter internal argument arising from a concern that Hawke and Keating were bending over too far to help Packer and Murdoch, the government announced the new arrangements. In future, a single operator could have as many television stations as it wished — although no more than one in any city or region — so long as it didn’t exceed a national audience reach of 75 per cent (a figure whittled down to 60 by the time the legislation was eventually passed). Alternatively, a company could own newspapers — but it could not own both a television station and a newspaper in the same market. Keating memorably warned that you could be “queen of the screen” or “prince of print” but not both.

Yet what the government spun as an even-handed policy aimed at preventing media concentration was really nothing of the kind. Not only would it place control of Australian television in fewer hands, but it was also highly suited to the government’s favourite media moguls. Packer did especially well out of it, for he was primarily in television. His print media interests were concentrated in magazines, which were excluded from the cross-media laws. Murdoch was a little more awkwardly placed, since he retained a 15 per cent share in Network Ten. But he was likely to have to relinquish it in any case, since foreigners were not permitted to own more than 5 per cent of an Australian television station.

The effect of the new laws was not merely to minimise harm to the favoured ones, however. The ability to create a national network greatly increased the likely sale value of Murdoch’s and Packer’s TV assets; it was estimated that the government’s decision had put a billion dollars in their pockets. And it was clear to everyone concerned that Packer and Murdoch had also been informed well in advance about what the government was up to, whereas HWT and Fairfax seemed rather in the dark.

Murdoch, in fact, launched a successful $1.8 million bid for HWT a week after the new media laws were announced, fighting off Holmes à Court and buying out share raider Ron Brierley. When added to his existing holdings centred on the Australian, Murdoch’s new print acquisitions would deliver fully 60 per cent of the audience for daily newspapers in Australia. None of the other great takeovers of the 1980s would have such lasting consequences. ●

This is an edited extract from The Eighties: The Decade That Transformed Australia, by Frank Bongiorno, published by Black Inc.

Frank Bongiorno is Professor of History at the Australian National University. His latest book is The Eighties: The Decade That Transformed Australia.

Why these by-elections matter

The votes are tomorrow, and here’s what matters and what doesn’t 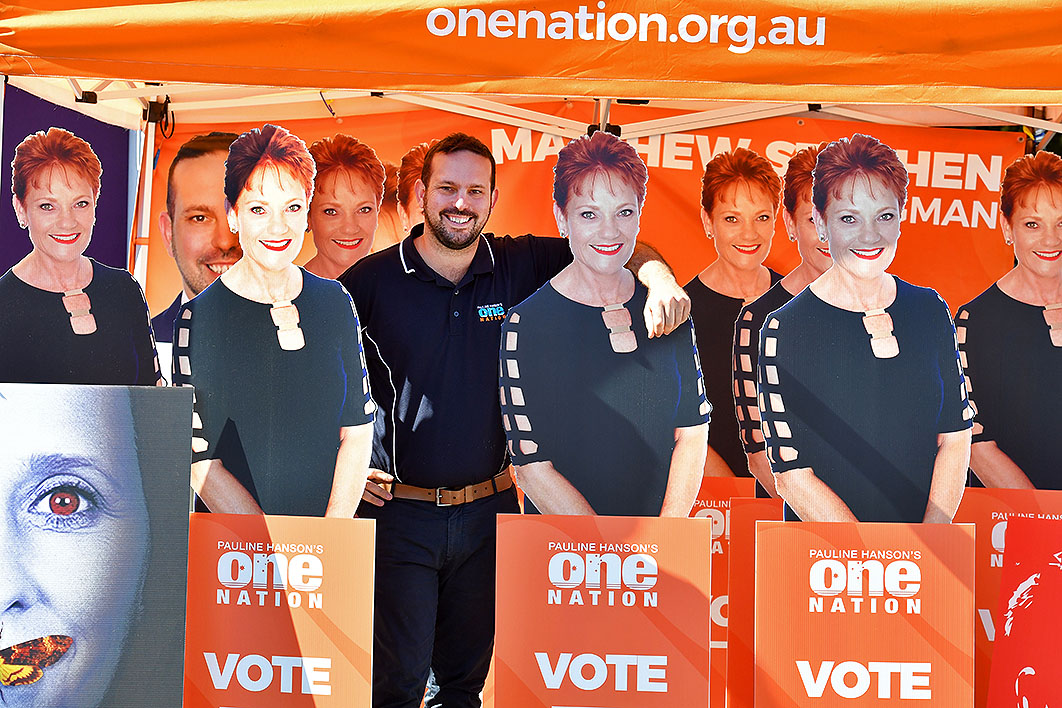