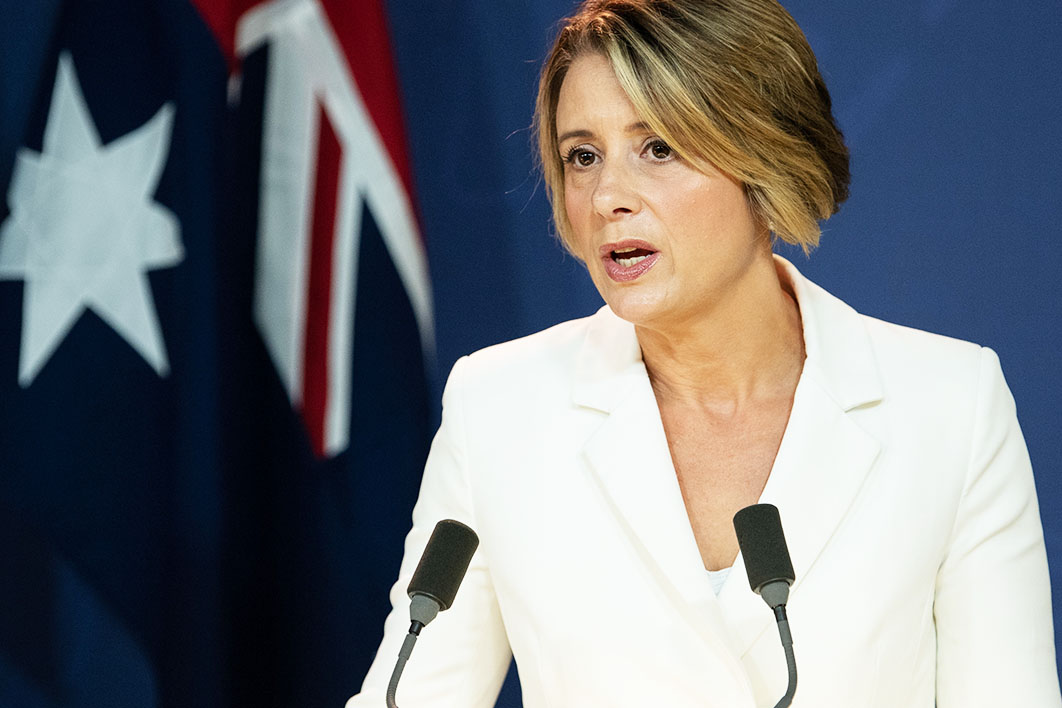 In one sense, Kristina Keneally’s article in Sunday’s Age and Sydney Morning Herald was a timely reminder that Australia’s migration rules need to be reassessed — just as the pandemic should prompt a review of the tax system, welfare arrangements and our fragmented approach to housing and homelessness. I’m among those who have long argued that Australia has undergone a “permanent shift to temporary migration” without much parliamentary scrutiny or public buy-in, and this is a good time to take a close look at that trend.

We’re not very good at talking about these issues. As Abul Rizvi and James Button wrote in the Griffith Review, “government has largely given up making a case for migration as part of building a nation” and Labor has been “cowed into avoiding discussion.” Along the way, Australia — an immigrant nation — has “lost the ability to talk about itself.” The result has been near-silence about the implications of large-scale temporary migration for workers’ rights, democracy, social cohesion and our system of citizenship-based multiculturalism.

But Labor can’t have it both ways. It can’t claim to be encouraging a reasoned discussion about a sensitive and divisive topic while framing the issue in simplistic, binary terms. Senator Keneally called for temporary migration to be reduced to ensure “that Australians get a fair go and a first go at jobs,” but she and her colleagues know that immigration, even temporary migration, is not a straightforward contest between Australian workers and foreign workers. It doesn’t necessarily follow that if “migrants” get jobs here then “our kids” will miss out.

Take international education. If Labor wants to cut temporary migration then student numbers would be the place to start, since they make up the largest cohort of visa holders. In December 2019, before the pandemic hit, more than 480,000 international students were living in Australia and allowed to work for up to forty hours a fortnight. (Around another 90,000 recent graduates can work full-time on a visa class created by Labor prime minister Julia Gillard.) Students are generally young, which suggests they were in Senator Keneally’s sights when she wrote that “the shift to temporary migration means that our migrant intake is younger and lower skilled than it used to be, and this does not help our kids as they join a labour market with 11 per cent youth unemployment.”

International education is Australia’s fourth-largest export industry and supports nearly a quarter of a million jobs. The fees international students pay, and the money they spend on goods and services — including tourism spending by relatives who come to Australia to visit — is worth more than $37 billion to the economy. Without the revenue from international students, as vice-chancellors have made abundantly clear, universities will have to shed staff and abandon research.

Is Senator Keneally referring to international students when she claims that “the shape and size of our migration intake has hurt many Australian workers, contributing to unemployment, underemployment and low wage growth”? It’s not clear, because her article lumps all temporary migrants together in a headline figure of “2.1 million temporary visa holders.” She then goes on to claim that “Australia hosts the second largest migrant workforce in the OECD, second in total number only to the US.”

This figure appears to come from an OECD report on migration, which actually recorded the number of temporary visas issued in different countries rather than the number of migrant workers. Australia does have a high rate of temporary migration, but data elsewhere in the report shows that most Australian visas go to students and working holiday-makers, whereas in the United States (and many other OECD countries) a much bigger share go to “labour migrants.” Since students and working holiday-makers can take up jobs here, that might sound like hair-splitting on my part, but there is nevertheless a difference between dedicated and de facto migrant workers.

It is hardly surprising that on the same day Senator Keneally’s opinion piece was published, ABC radio news bulletins carried a story that morphed her 2.1 million temporary visa holders into 2.1 million foreign workers. This was lazy journalism, but entirely predictable given the message that Keneally was obviously trying to send to an imagined blue-collar Labor base.

The government has also seeded media confusion by using the same 2.1 million figure in a statement about coronavirus and temporary visa holders early last month, but the detail of that media release at least made clear that 200,000 of those people were tourists on visitor visas (with no work rights).

The 2.1 million figure also includes more than 670,000 New Zealanders, who are only temporary in a technical sense, since their special category visa allows them to live and work in Australia indefinitely. Many of those Kiwis arrived before 2001 and are, to all intents and purposes, permanent residents. Others have come for a short period for tourism, business or family visits. To imply that all 670,000 New Zealanders are “foreign workers” is misleading.

Still, if Senator Keneally wants to cut temporary migration, reducing the entry of New Zealanders would be the other obvious place to start. Is she proposing to rip up the Trans-Tasman Travel Arrangement that has guaranteed free movement between Australia and New Zealand since 1973?

The next-largest cohort of temporary visa holders are on bridging visas. Many are the partners of Australians, and are enduring a long wait for permanent residency because the government has cut the annual migration intake and processing times have blown out as a result. According to official statistics, at the end of last financial year Home Affairs had almost 90,000 partner visa applications on hand (though some of these applicants would be overseas).

Other bridging visa holders are skilled migrants and asylum seekers who have lodged residency applications and are awaiting determination before the Administrative Appeals Tribunal. As of April, there were more than 65,000 active cases before the AAT’s migration and refugee division.

Another significant group of temporary visa holders are the 118,000 backpackers on working holiday-maker visas. But Senator Keneally seems less concerned about them when she acknowledges that one benefit of temporary migration is that it “fill gaps in the short term” and “horticulture relies on temporary migration to supply a seasonal workforce.”

So perhaps her real beef is with skilled workers on temporary visas. As she points out, “migrant workers don’t just pick fruit: one in five chefs, one in four cooks, one in six hospitality workers, and one in ten nursing support and personal care workers in Australia hold a temporary visa.”

But there are only 139,000 skilled visa holders in Australia — and this figure includes partners and dependent children, which means the number of these people who are active in the labour market is likely to be fewer than 100,000. And more than half the 65,000 primary visa holders present in Australia as temporary skilled workers in December 2019 held a bachelor degree or higher qualification, so they don’t really fit the “unskilled” profile of “cheap… temporary labour that undercuts wages for Australian workers and takes jobs Australians could do.”

In other words, when you break temporary migration down into its constituent parts, the numbers are no longer so alarming, and it is much harder to conflate “temporary visa holders” with “foreign workers.”

And even when we look at temporary migrant workers at the lower end of the skills range, the problem is more complex than Keneally suggests. Why do so many chefs, cooks and personal care attendants (and we might add childcare workers to this list) hold temporary visas? Because wages and conditions in these jobs are poor and Australian citizens don’t want to fill them (just as they are reluctant to pick grapes or harvest pumpkins).

There are three ways we could encourage Australians to take up this employment.

First, we could pay these workers better, which means paying more for our food and making a bigger tax contribution to fund health, disability services, childcare and aged care.

Second, we could allow the temporary migrant workers who currently fill these jobs to become permanent residents — in other words, allow them to become Australian workers. But then, like other Australians, there’s a risk they would quickly shift to other sectors of the economy that are better rewarded and we’d have to bring in more temporary migrants to fill the gap.

Third, we could boost our dilapidated vocational training and education system, which is the best way of getting marginalised and disadvantaged young Australians into long-term employment.

Despite her confusing message, Kristina Keneally does raise important issues. As other contributors to Inside Story have argued, it is a mistake to assume that migration-fuelled economic growth leaves everyone better off, for the simple reason that if population is growing faster than the economy, then GDP per capita will actually fall. Keneally is right to warn that it is lazy to rely on immigration to fuel economic growth. As we are discovering, it is risky too, just as it is risky to rely on international students to fund higher education.

The senator’s warnings about the exploitation of temporary migrants are well founded, as we know from numerous reports and inquiries. Keneally puts a refreshing emphasis on permanent migration as a nation-building exercise, and she emphasises the importance of skills. She writes, for example, that in industries like cybersecurity “we can’t quickly skill up enough Australians to meet demand.”

But this is dodging the more difficult questions, since it is not always high-skilled, high-paid professionals in city-based jobs who are in shortest supply. Often the labour market gaps are for low-skilled or semi-skilled workers in regional areas or in low-status, low-paid jobs — think fruit pickers, meat processors, aged care attendants, disability carers and childcare workers.

A thorough review of Australia’s migration settings is warranted. Unfortunately, Senator Keneally’s contribution does not kick it off in a constructive way. What is more, the immediate migration challenges are likely to be around having too few migrants rather than too many. As Keneally writes:

COVID-19 has closed our international borders. Temporary migrants are going home. No new migrants are coming for the foreseeable future. Borders are likely to stay closed well after all other restrictions ease. When we re-open the borders — in six, twelve, or twenty-four months — migrants will not return immediately.

When the economy slows, migration falls. Which leaves us with the question, who is going to pick our fruit, keep our universities afloat, care for our elderly and deliver our pizzas? •

Contributing editor Peter Mares is lead moderator with the Cranlana Centre for Ethical Leadership and the author of Not Quite Australian: How Temporary Migration Is Changing the Nation.

Geopolitics meets pandemic in the Pacific

As Pacific island nations reel from Cyclone Harold and the coronavirus, US–China tensions are complicating the path to recovery 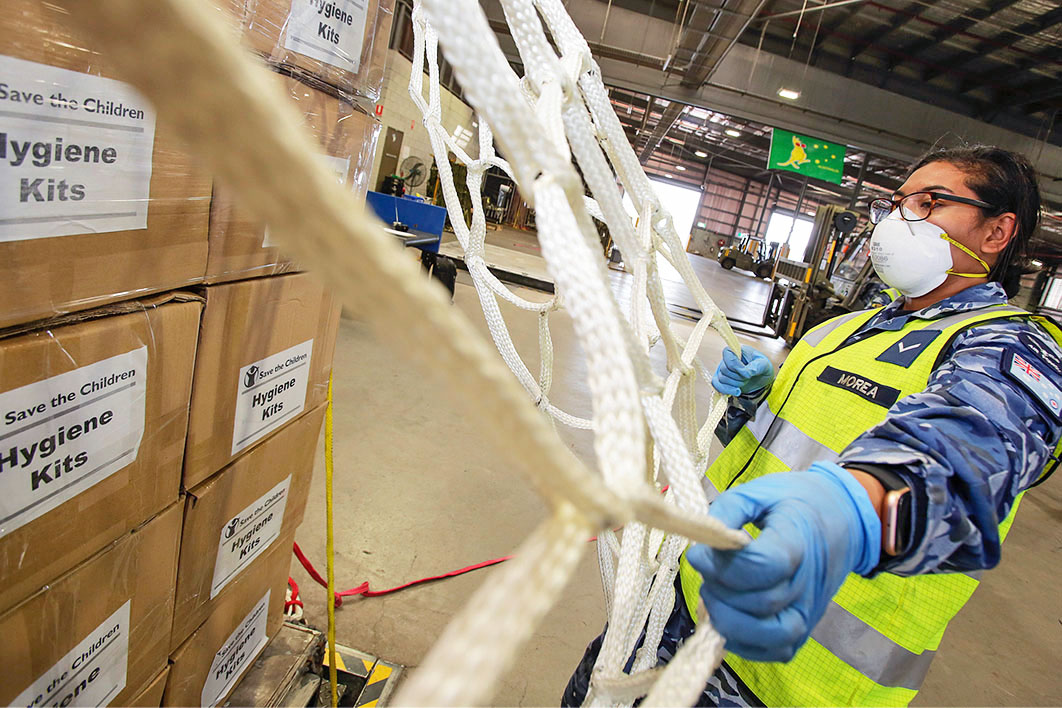