The state party’s new leader stands in a long tradition, but it’s not clear what that will mean in practice 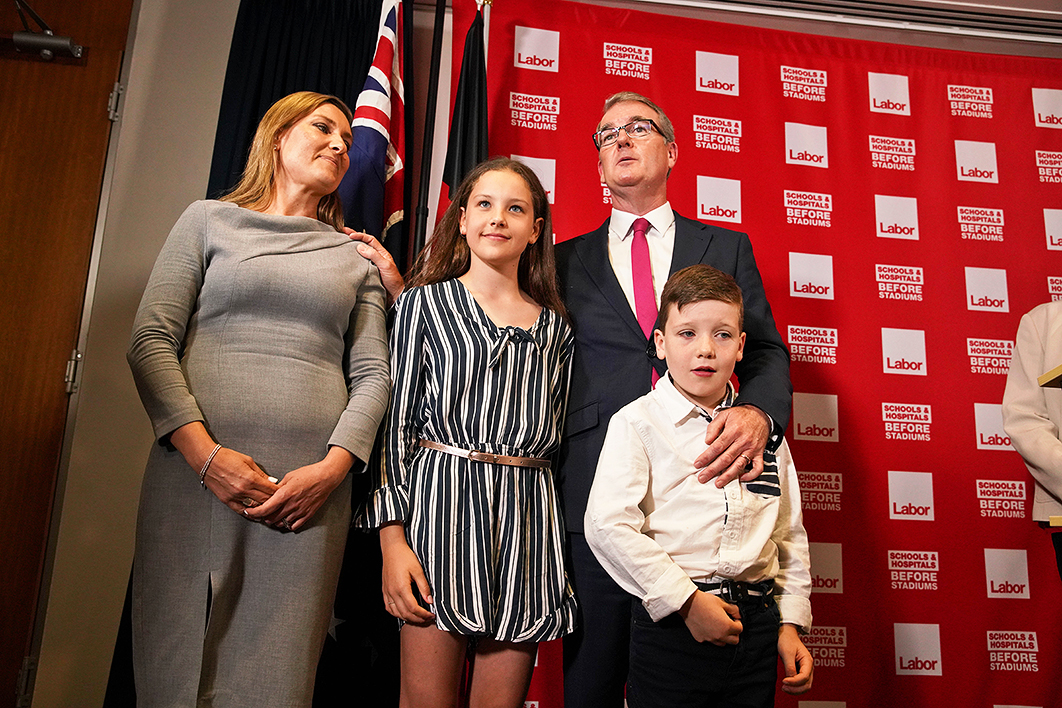 Michael Daley, with his wife Christina and children Olivia and Austin, after being elected the new NSW Labor leader on Saturday. Ben Rushton/AAP Image

Michael Daley’s rise to the leadership of NSW Labor, like the man himself, has been steady and unspectacular. His background is more like those of 1950s Labor leaders Joe Cahill and Pat Hills than the more intellectually inclined Bob Carr and Luke Foley. He grew up in a lower-middle-class family in Sydney’s eastern suburbs and attended local Catholic schools before joining the customs service and studying law part-time. After a stint in private practice, he became a senior legal officer with the NRMA. Joining the Labor Party in his late twenties, he proved to be a dependable member of the right and rose steadily.

Elected MP for Maroubra in September 2005 after Carr retired as premier, Daley was considered capable and likeable. Standing out among the factional unknowns on the backbench, he became roads minister in September 2008. Then, with the strife-ridden Labor government lurching towards its Armageddon, he succeeded Matt Brown as police minister after Brown was alleged to have danced semi-naked and simulated sex acts at a party in his Parliament House office.

From the beginning, Daley saw himself as a future leader. After Barry O’Farrell led the Coalition to a landslide victory in March 2011 he contemplated running for the position. He backed off when he realised former Labor Council secretary John Robertson had the numbers. But when Robertson was forced to resign in December 2014 after it was revealed he’d had a minor connection with Lindt Café terrorist Man Haron Monis, Daley again contemplated a run.

It was not to be: Luke Foley had caught the eye of the party’s right-wing secretary Jamie Clements. Although Foley was in the Legislative Council and a left-winger, Clements orchestrated his move to the lower-house seat of Auburn and election as opposition leader. (Clements himself was forced to resign as state secretary in January 2016 over allegations of sexual harassment.)

Daley again accepted the inevitable and pulled out of the race. But he still had ambitions, and he quietly positioned himself as the alternative to Foley, assisted by the unhappiness of some in the right with a leader who was not one of their own.

Daley succeeded Linda Burney as deputy leader when she moved to federal parliament in April 2016. He resented his demotion by Foley from shadow treasurer to shadow planning and infrastructure minister, but that proved to be a free kick when the issue of overdevelopment in Sydney became an increasing problem for premier Gladys Berejiklian. Daley made the most of it, attacking the government’s “cheap and nasty mass rezoning.”

When caucus met on Saturday to elect a new leader, it was a foregone conclusion that Daley would win. He had the party’s head office and the right faction behind him, and there was no obvious alternative. Chris Minns, touted by some as a potential future leader, also nominated, but more to stake a prospective claim than in the hope of winning. Daley won 33–12.

Despite his rise within the parliamentary party, it is hard to say exactly what the alternative premier stands for. He has no obvious policy passion, as Carr had about the environment. Again, he seems more typical of a NSW Labor leader of the past, with a general commitment to centrist politics, effective service delivery, moderate reform and winning elections.

He is presentable, personable and articulate. The archetypal family man who made good through hard work, he stresses the fact that he understands what ordinary people want. It is difficult to predict how the voters will respond to his leadership, how forgiving they will be of the Foley disaster, and how well Daley will perform when, as Neville Wran once memorably said, the blowtorch is applied to his belly.

Luke Foley was an effective opposition leader who exploited the government’s stumbles to the maximum and put Labor into a competitive position. His downfall has given respite to a government that looked increasingly in trouble. In his first statement as leader, Michael Daley said that he would “press the reset button.” But the reset has already happened, and the government’s chances of re-election have been enhanced. •

David Clune was the NSW parliament’s historian and is currently an Honorary Associate in the Department of Government and International Relations at the University of Sydney. He is the co-editor with Rodney Smith of From Carr to Keneally: Labor in Office in NSW 1995–2011.

When does a ripple become a wave?

Well, the ripple has become a wave, with the respected FiveThirtyEight now estimating that the Democrats have picked up thirty-eight seats in the House. Here’s Lesley Russell’s analysis from earlier in the week, including bad news for the gun lobby… 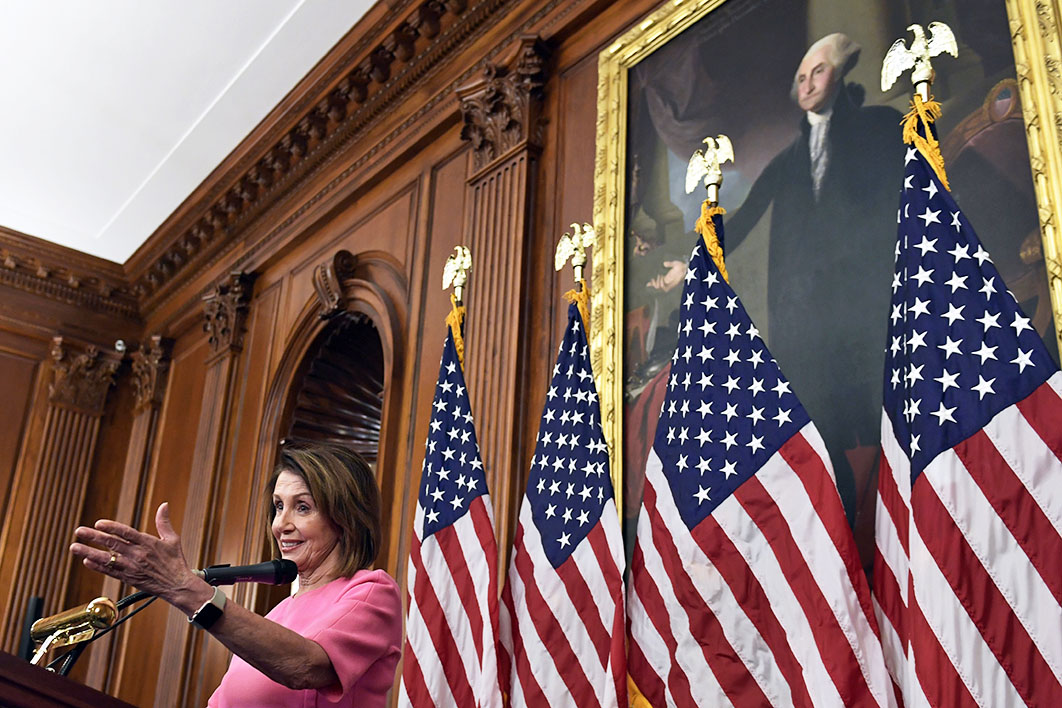