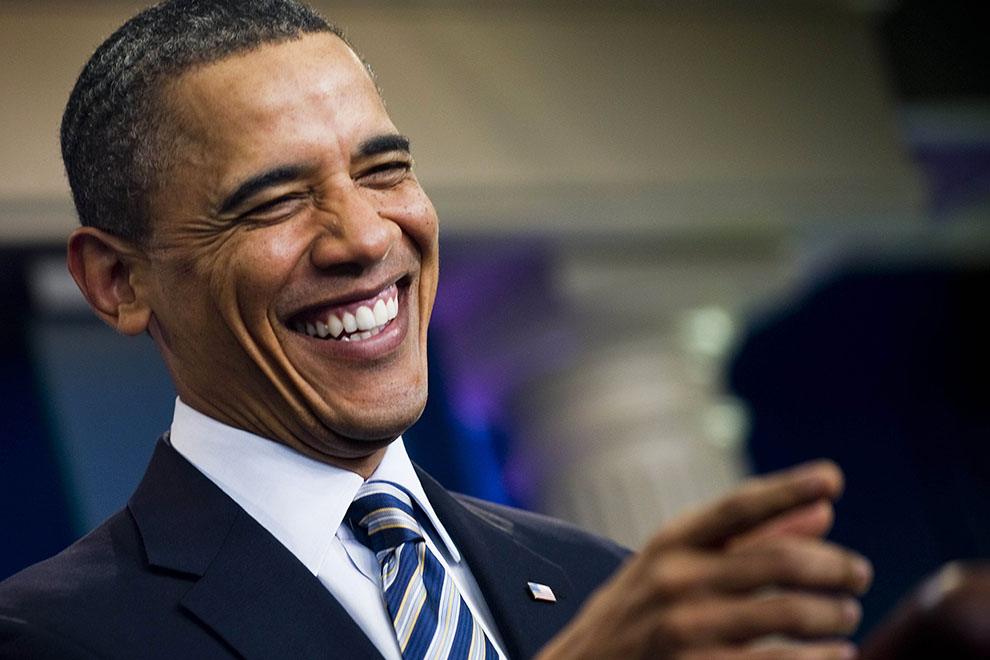 Mainstream trolling: US president Barack Obama talks to journalists after the release of his long-form birth certificate at the White House in Washington on 27 April 2011. Jim Watson/Topshots/AFP Photo

This Is Why We Can’t Have Nice Things: Mapping the Relationship Between Online Trolling and Mainstream Culture
By Whitney Phillips | MIT Press | $49.95

“When you argue with a troll, you are entering a competition to see who has more free time. You will lose, because you have a life and the troll does not. Do not EVER respond to trolls.”

So advise the moderators of a page on social media site Reddit, echoing conventional wisdom about internet trolls: don’t feed them. Trolls are online mischief-makers who remix popular culture to make in-jokes and memes, provoke and offend, and occasionally harass and abuse the targets of their attention.

Webcomic xckd satirises such pranksters with a comic captioned, “This generation is going to have some weird nostalgia.” It shows two people wearing futuristic technology, one exclaiming, “Darling, let’s put on our best fake accounts, connect to the core ForumSpace, and trick people into looking at a picture of a man’s distended anus!” His companion eagerly replies, “Oh, it’ll be just like old times!”

But there’s more to trolling than sharing smut or getting a rise out of their prey. Although not all trolls are politically motivated, Whitney Phillips argues you can extrapolate political critiques from their behaviours. “Trolls reveal,” she insists.

In a poignant example, she points to the proliferation of trolling after the September 11 attacks. Trolls delighted in spreading graphic images of the planes crashing into the World Trade Center, riling those who were most upset, and making jokes in bad taste. But such behaviour doesn’t exist completely outside the realm of the everyday. Phillips saw two main factors that led to 9/11 trolling: first, the attacks were heavily mediated, meaning most people were only exposed to them through a television screen. Second, George Bush insisted that Americans go about their daily lives afterwards, lest the terrorists win, meaning Americans were being asked to dissociate from what had happened. With the event heavy in the cultural imagination but distanced from the everyday reality of most citizens, no wonder material about 9/11 was ripe for trolls. After all, the hyperbolic news media played and replayed distressing images of the attacks – weren’t trolls simply taking the same angle, but pushing it to grotesque limits?

Phillips doesn’t like the idea that we shouldn’t feed trolls. This Is Why We Can’t Have Nice Things is based on her PhD dissertation on trolling, completed in the English department at the University of Oregon. She advances a convincing (and well-written) argument: that trolling exists as part of culture, reflecting and refracting its values. Trolling reveals a lot about the surrounding cultural terrain, she argues, because trolls have the same appetite as the news media for sex, bodily fluids, gore, misogyny, violence and death. “For trolls, exploitation is a leisure activity. For corporate media, it’s a business strategy,” she argues.

Her examples fit. She sees the news media’s obsession with Barack Obama’s birth certificate as a race-based insinuation that he is un-American and dangerous, and argues that the same kind of mainstream prejudice is reflected in the racist behaviour of trolls. But the lack of theory around what exactly constitutes a mainstream or dominant culture is disappointing, especially when Phillips is reaching towards a conclusion when she argues that the troll problem isn’t a troll problem at all – it’s a culture problem. A culture, especially in the news media, of valuing spectacle at the expense of personal privacy or dignity can only lead to trolls who exploit the reach of social media to prod their targets until they get an emotional reaction.

Rather than condemning all of them, or suggesting we ignore them, Phillips asks self-identified trolls why they do it. Using ethnographic methods including observations and interviews, she sets out to gain an appreciation of why trolling happens and what trolls get out of it. Their main response? They do it for the lulz. A play on the shorthand “lol” for “laughing out loud,” lulz is unsympathetic laughter at a successfully provoked victim of trolling. It’s a detachment formed as a response to an overly sentimental social media culture of connecting, sharing and reminiscing.

And here is where a quandary appears: Philiips doesn’t want to appear either too critical or too permissive of trolls. It’s part of a number of difficulties she navigates effectively in the book as she races to capture insights about the social media phenomenon.

Another problem is how best to approach trolls from her position as both an academic and as a woman. Nice Things provides an account of a woman engaging in, researching, and eventually mastering this traditionally masculine space. Phillips begins the book by recounting how her brother introduced her to 4chan, a bulletin board used for swapping pictures and opinions; later, she charges that although not all trolls are male or white, trolling behaviours are gendered male, raced white, and depend on economic privilege. Again, this masculine practice and its related misogyny is not limited to trolls, but appears in culture more broadly. “Trolling might be more conspicuously outrageous, offensive, and damaging than traditional discursive modes, but what does it say about the cloth if misogyny can so easily be cut from it?”

With such an emphasis on what is normal and mainstream – as though these were stable, cohesive categories – it seems strange that Phillips doesn’t delve into the rich literature around norms, power and ideological hegemony, beyond her short explanation of “mainstream” as “tropes and ideologies born of capitalism.” Scarce, too, are her references to the work of other academics studying trolling; it’s a burgeoning field, and while she notes in the introduction that her study is US-focused, reaching out a little further for current trolling scholarship would have made her analysis more robust.

The meanings, practices and understanding of trolling have changed dramatically since Phillips began her research. But instead of letting the shifting social media landscape challenge her study, Phillips has made the pace of change into an asset. She claims that trolling has evolved alongside mainstream culture, and mentions the popular resource Know Your Meme, and the add-your-own-text meme templates offered by the Cheezburger network, as examples of how memes and trolling have become commodified. She makes use of her years of extensive ethnographic work by categorising trolling into three distinct periods: subcultural origins, from 2003 to 2007; golden years, from 2008 to 2011; and the transitional period, from 2012 to 2015.

This is the real strength of the book: through careful explanation of the obstacles she encountered and how she overcame them, Phillips illustrates just how complicated it is to document, explain and analyse a rapidly changing online world. Phillips is writing a second book on trolling with Ryan Milner, Between Play and Hate: Antagonism, Mischief, and Humor Online, which looks like a promising expansion of her insight into what she calls “ambivalent online behaviours.” •

Emily van der Nagel is a PhD candidate at Swinburne University of Technology writing a thesis on social media anonymity. She is currently co-editing a special edition of Continuum: Journal of Media & Cultural Studies, with James Meese and Jenny Kennedy. 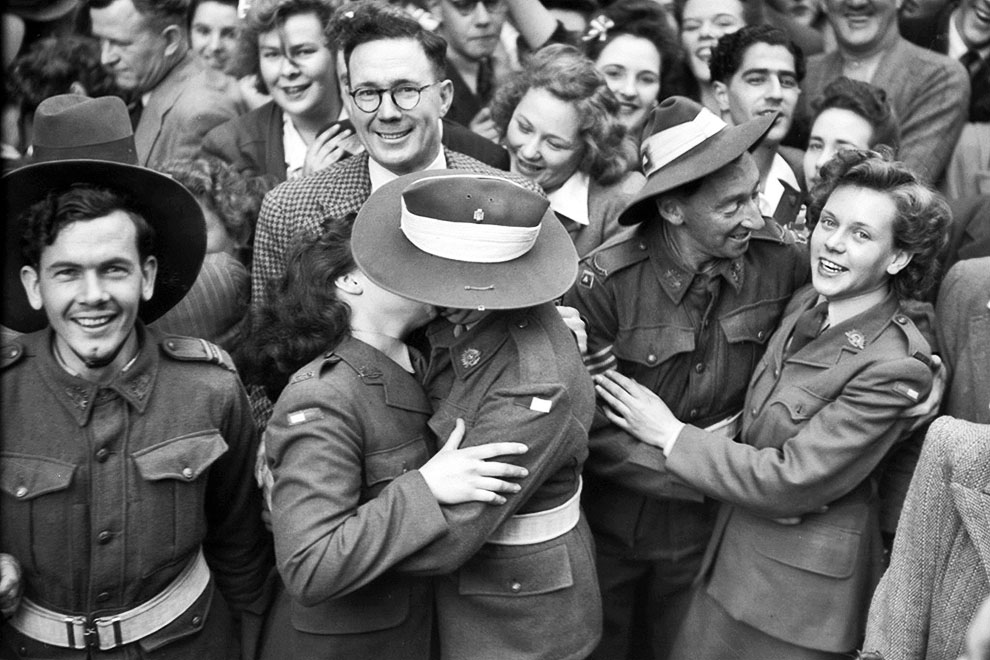