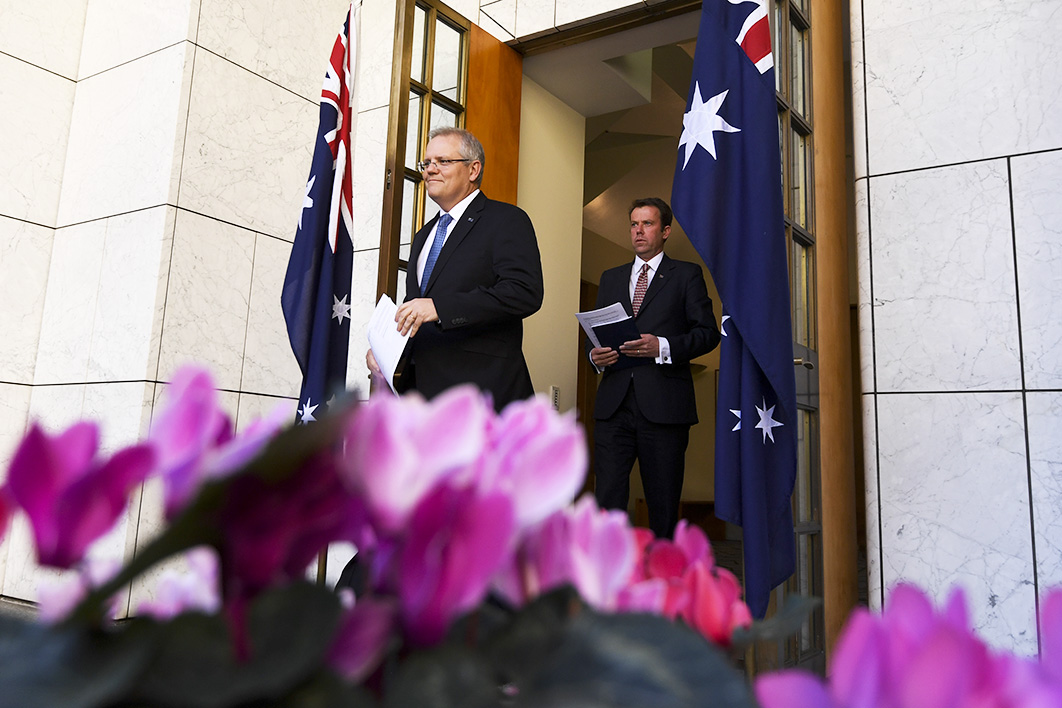 Just weeks after he became prime minister in August 2018, Scott Morrison announced an additional $4.6 billion in federal funding for non-government schools. “Our government believes that parents should have choice in education,” he explained. “The policies that we pursue as a government are about ensuring that choice for parents.” Just in case anyone missed the message, the extra cash was branded as the Choice and Affordability Fund.

As marketing, Morrison’s line may have worked; as public policy it simply doubled down on what was already an abject failure. Over the past twenty years, the Commonwealth has massively ramped up funding for non-government schools. And still, every summer, as reliably as Christmas and the Boxing Day Test, reports of steep increases in private school fees surface in the nation’s newspapers, along with stories of parents struggling to cope and principals struggling to explain. Now figures from the My School website, encompassing every school in Australia and incorporating all sources of revenue, confirm what the anecdotal evidence has long suggested.

The data for the seven years from 2011 to 2017, collected and published by the Australian Curriculum, Assessment and Reporting Authority, reveals the sheer scale of the expansion of government funding to non-government schools. For context, between 2011 and 2017, inflation averaged 1.9 per cent annually, compounding to 12 per cent. Over the same period, recurrent government funding to non-government schools increased by around three times as much, with an average per-student increase of 37 per cent at independent schools and 35 per cent at Catholic schools. Funding to state schools grew by just 18 per cent per student.

Despite the huge boost in public funding, private schools didn’t reduce their fees. In fact, the price of entry continued to rise rapidly. Between 2011 and 2017, the average tuition fee at non-government schools grew from $3600 to $4700. By 2017, fees averaged $2290 at primary schools, $5700 at secondary level and $8560 at combined K–12 schools. Private school principals and lobbyists often point to rising costs, but this increase equates to an average annual hike in tuition fees of 4.5 per cent, more than twice the rate of inflation.

What this makes clear is that more public spending on private schools has not put downward pressure on fees; it has merely compounded the resource advantage enjoyed by those who can afford a private school education. Net recurrent income per student increased by 29 per cent to just under $20,000 at independent schools and by 33 per cent to more than $16,000 at Catholic schools.

When the Howard government presided over a substantial increase in federal funding to non-government schools at the start of this century, John Howard went on Melbourne radio to predict that fees would soon fall as a result. The headmasters of Scotch College and Wesley College confirmed that fee cuts were imminent, and the executive director of the Independent Schools Council disclosed that many schools were “poised to move very quickly” to reduce costs to parents. Howard’s lieutenant, education minister David Kemp, claimed that “the new arrangements will particularly extend choice to low-income families.” “Choice in schooling is now a reality for working-class Australian families,” Minister Kemp told parliament.

Two decades later, the My School data reveals a very different story. Far from making school choice a reality for low-income families, the policies pursued by Dr Kemp and his successors have had the opposite effect. In 2018, 36 per cent of students at public schools came from the most disadvantaged quartile of Australian society. Only 17 per cent of students at Catholic schools came from the same group. The proportion of very disadvantaged kids at independent schools was even less, at just 14 per cent.

In August, Haileybury College in Melbourne was identified by the ABC as one of the four richest schools in Australia, which together managed to spend more on new facilities than Australia’s poorest 1800 schools combined. Haileybury clocked up over $100 million in capital expenditure between 2013 and 2017. At the same time, it enjoyed nearly 40 per cent growth in recurrent Commonwealth funding, an increase from $4300 to $6000 per student per year. Haileybury didn’t use the additional public funding to extend choice to low-income families: it increased its fees from $18,700 in 2011 to $22,700 in 2017. Unsurprisingly, the already small proportion of kids from disadvantaged families at Haileybury shrank even further: the proportion of children from the bottom half of the Australian population, according to income and educational attainment, collapsed from 16 per cent to 5 per cent in just seven years.

Haileybury might not be a typical non-government school, but it is representative of the national trend. The same pattern of rapid fee rises, declining enrolments from low-income families and substantial growth in taxpayer funding replicates itself throughout towns and suburbs across the country. Exactly the same dynamic can be found at St Bede’s College in the Melbourne bayside suburb of Mentone; or at St Gregory’s College in Campbelltown; or at Ignatius Park College in the Toowoomba suburb of Cranbrook: in all of these schools, fees increased despite steady increases in government funding, and the proportion of students from Australia’s most disadvantaged families decreased by half or more.

It may once have been plausible to claim that more public funding would improve choice and affordability. Today, such assertions amount to a refusal to face reality; or, worse, an attempt to obscure it. Federal governments have been conducting this experiment for two decades and the results speak for themselves. Twenty years since John Howard declared that private school fees would fall, we are still waiting.

Why don’t private schools cut their fees in response to this ever-growing taxpayer contribution? The most important reason is very simple. They don’t have to. Education is not like many other products in the marketplace: price is seen as a signal of quality, exclusivity is often a selling point, and the uncertainty and anxiety surrounding our children’s wellbeing leads parents to grin and bear high fees and even wear them as a badge of honour. And cutting fees generally could let in a greater number of disadvantaged students, who are typically more expensive to educate. So there’s rarely a business case for cutting fees. Fee reductions and improved affordability won’t happen until governments require it — by imposing caps on fees, demanding a minimum number of scholarships or creating an obligation to enrol local students, for instance.

If we really want to improve choice, it’s not enough to just keep handing over more taxpayer dollars. Non-government schools have to assume public obligations that are commensurate with the public funding they receive. In Australia, the NSW Secondary Principals’ Council has proposed a public charter that would establish a common regulatory environment for all schools in receipt of public funding. There are plenty of models to draw on: church schools are part of public systems in Canada, Britain, the Netherlands and other European countries. In New Zealand, religious schools were integrated into the state system over four decades ago.

We could draw on these examples to expand genuine school choice, while balancing it with other imperatives like equity, quality, efficiency and social cohesion. It’s possible to create free, inclusive schools that also reflect a variety of different worldviews. But first we need a government that really believes in choice in education — for all and not just for some. •

Tom Greenwell is a Canberra-based teacher and writer, and a Professional Associate of the News and Media Research Centre at the University of Canberra.