Lest we forget Afghanistan 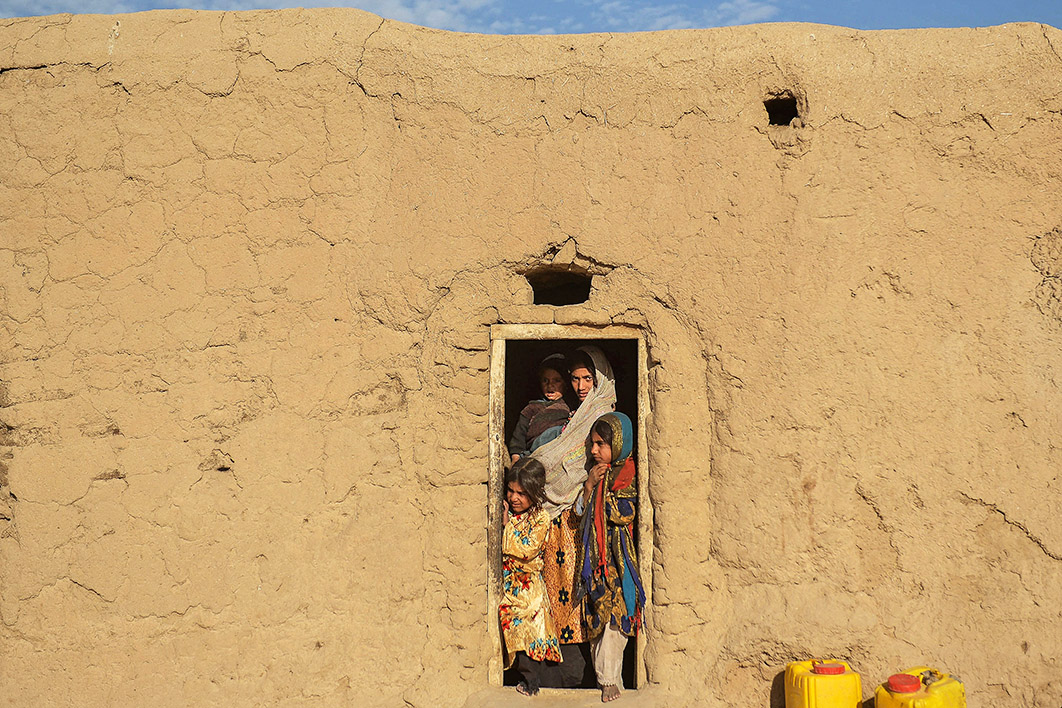 Amid emergency levels of hunger, an Afghan family in the entrance to their mud brick home in the village of Haji Rashid Khan, in Badghis province. Hoshang Hashimi/AFP via Getty Images

Less than three months after defence minister Peter Dutton declared “wheels up” on Australia’s exit, the United Nations and foreign aid groups are warning that the world’s worst contemporary humanitarian disaster is looming in Afghanistan.

Thanks largely to the political turmoil and a drought caused by two successive La Niña weather patterns, the World Food Programme says that 22.8 million of Afghanistan’s thirty-nine million people are short of food, with 8.7 million at “emergency levels” of hunger. Fast approaching is the country’s bitter winter, when nothing grows and many villages are cut off from the outside world.

On top of this, nearly 700,000 people have been displaced this year by the conflict. The financial system has little money to dispense; doctors are unpaid and medicines are running out. Families are selling possessions to raise cash for food, some even offering their infant daughters for between $200 and $500 as future brides. The Taliban took power entirely unprepared for government.

“Afghanistan is under immense stress,” says the WFP’s Shelley Thakral. “By some estimates 2022 may be the year in which we witness near universal poverty in Afghanistan.”

The Australian Council for International Development’s Tim Watkin told a Senate inquiry on Monday that “Afghanistan is at a high risk of state collapse.” More extreme suffering seems inevitable, as does regional instability, an increased risk of terrorism and a renewed refugee crisis. “It would bring huge security risks for Australia,” said Watkin.

While geopolitical manoeuvring and concern about terrorism are hampering the WFP’s massive attempt to fund and organise relief, the Taliban is trying to leverage diplomatic recognition from its cooperation with aid efforts. But even the surrounding powers, with fewer scruples about the Taliban’s fundamentalist ideology — let alone Western countries — are holding back from recognising the new regime.

Pakistan, Iran, Russia, China and Qatar initially demanded early recognition of the Taliban government, says Lahore-based analyst Ahmed Rashid, author of acclaimed studies of the Taliban. But now they seemed to have “cooled down.” Partly, says Rashid, this reflects the Taliban’s failure to engage with neighbouring countries. And it would be awkward, “especially for the respectable states like Qatar,” to annoy the Americans by hastily recognising the new government. “What is happening now is a rolling back of this bloc of five countries who were ready to recognise and are now hesitant.”

Most of these countries still have embassies in Kabul, but Rashid says this doesn’t amount to recognition. “These embassies are basically involved in helping their compatriots leave the country,” he says. “The airlift continues. Americans are still there — they’ve got three or four hundred Americans they’re trying to get out, including people out in the boonies they’re trying to get into Kabul.”

Pakistan, whose Inter-Services Intelligence agency was the sorcerer training the Taliban apprentice back in the 1990s — with the goal of extending its own influence over Afghanistan — is likely to be caught by the blowback from the Taliban’s success. “There’s been a strong reaction by fundamentalist groups of all sorts, which include the Pakistani Taliban and a variety of other groups who have been very active on the streets,” says Rashid. “The fear is this is going to increase in the weeks and months ahead.”

The Taliban are not making it any easier for the outside world by bringing the extremely violent Haqqani Network into their interim government. The new interior minister, Haqqani leader Sirajuddin Haqqani, is on the US Federal Bureau of Investigation’s “most wanted list” as a “global terrorist” with a US$10 million bounty for information leading to his arrest.

“It’s very much like what the Taliban did in 1996 when they took Kabul,” says Rashid. “They had no clue, nobody training to run a government, no governance, people starving, and they threw out the UN. Much of that is being repeated now. They won’t throw out the internationals — they want international recognition — but recognition is not going to come, unless they really clamp down on terrorism.”

So far, Rashid adds, the Taliban haven’t taken up the measures being demanded by Western countries, the basic one being to eliminate international jihadist terror groups like al Qaeda. “And Pakistan, China, Russia and Iran are all very nervous, because they want early recognition so the Taliban will settle down. It’s been quite amazing that the Haqqanis have been running the negotiations with the foreign forces. That shows you. It’s going to be very difficult for the Americans to strike a deal with the Haqqanis.”

Washington’s response has been to block the release of US$9 billion of Afghan’s foreign reserves held in US institutions and as borrowing entitlements with the International Monetary Fund and the World Bank, lest it go to the Taliban for non-humanitarian purposes. At the Senate hearing on Monday, aid groups urged Canberra to seek ways of unlocking the reserves via trust funds for relief work.

The WFP and other non-government groups report the Taliban are starting to cooperate to some degree. World Vision’s Patrick Thomas told the Senate committee that permission had come through last week for female staff to take part in the group’s relief operations in four western provinces around Herat.

Even before the fall of Kabul in August, the WFP says it was in contact with the Taliban and had been able to deliver food assistance at the height of the conflict. “The de facto authorities continue to allow WFP to conduct our life-saving work,” said the WFP’s Thakral. With relief convoys coming overland from Pakistan and Uzbekistan, and 170 trucks distributing aid across all thirty-four provinces, “no major issues” were impeding transit.

The agency estimates that US$2.8 billion will be needed in 2022 to reach the nearly twenty-three million Afghans at most risk. “Since August, some governments have stepped up, but money pledged and received to date is a drop in the ocean given the vast scale of humanitarian needs on the horizon,” Thakral said.

In September, the Australian government announced it was giving $65 million to UN agencies for immediate relief operations, with a further $35 million following over the next three years. But it is holding back on any moves that might constitute recognition of the Taliban, despite the longstanding foreign policy convention that Australia recognises states, not regimes, when it comes to opening embassies.

The government decided to close its Kabul embassy on 28 April, not long after US president Joe Biden set a date for withdrawing the remaining US forces. Hundreds of Afghans who had worked for Australia were left to seek visas by complex online form-filling.

Along with the United States and several other Western governments, Canberra maintains informal contact with the Taliban in Qatar, where diplomat Daniel Sloper operates as “special representative on Afghanistan” at the Australian embassy. “This mission is helping to deepen our cooperation with partners, many of whom also moved their missions to Afghanistan from Kabul to Qatar,” the Department of Foreign Affairs and Trade said in its submission to the Senate inquiry.

Ahmed Rashid says this cooperation between Western governments has yet to result in a clear message to the Taliban. “They haven’t spelt it out,” he says. “But clearly their number one focus is to wrap up all these non-Afghan terrorist groups in Afghanistan — kill them, shoot them, imprison them, do what you like, but get rid of them. That includes multiple groups — from Pakistan, Central Asia, and Arabs. Everybody is still there, al Qaeda included.” Then they want the Taliban to deal with Islamic State Khorasan, “which the Taliban would like to do but they don’t seem to be getting done.”

For the West, women’s education and jobs are the other big issue. “My critique of all of this,” says Rashid, “is I don’t think the West has laid it out clearly enough: step by step that the Taliban need to take. If it was clear, then all visitors to the Taliban could make the same points, and you would hopefully get the Taliban to do some of this stuff.”

Such a diplomatic push may be starting. The Biden administration’s new Afghanistan special envoy Thomas West was due in Islamabad yesterday to meet the Taliban’s foreign minister, Amir Khan Muttaqi, along with Pakistani, Chinese and Russian officials. West would “make clear the expectations that we have of the Taliban and of any future Afghanistan government,” said the US State Department, while a Pakistani official briefed that the meeting was “primarily aimed at… finding ways to avert a humanitarian crisis and to look into possibilities of setting up an inclusive government in Afghanistan.”

Canberra seems to be waiting for leads from this meeting, and from another hosted by India in New Delhi on Wednesday that was attended by Russia and the Central Asian republics, but not Pakistan or China.

The Senate inquiry is hearing all kinds of submissions about what Australia did in Afghanistan after it joined US president George W. Bush’s “war on terror.” The near twenty-year engagement cost us forty-one soldiers killed, hundreds injured and traumatised, scores of post-service suicides, a continuing war crimes investigation, and some $13.6 billion. And for the United States, of course, and some European allies, the price was much, much higher.

The Australian government would much rather have us focus on military heroics than this debacle. On his way back from his fraught visits to Rome and Glasgow, Scott Morrison stopped off in Dubai for a restorative immersion in khaki, meeting and thanking some of the defence force personnel who, at great risk, extracted 4100 citizens and visa-holders from Kabul’s airport after the city fell to the Taliban.

On the positive side of the ledger was a sharp increase in life expectancy for Afghans; more access to education, including for girls; reduced maternal mortality; and more representation and opportunity for women.

All this is now at risk, which is why few, if any, of the Senate witnesses said the Taliban deserved formal ties yet. “There is a real danger that any steps to accord them recognition at this point would be read by the Taliban as an indicator that they could openly violate important international norms and expect to get away with it,” a quartet of academics — William Maley, Niamatullah Ibrahimi, Nishank Motwani and Srinjoy Bose — told the committee.

And yet the pressing human disaster seems to require contact, which in turn might open channels for persuasion. “The dire situation should compel the separation of politics from the humanitarian imperative,” said WFP spokesperson Thakral. “We understand the concerns of the international community, but delivery of life-saving aid is still possible by channelling funds through humanitarian agencies like WFP. We cannot wait, we need to save lives today.” • 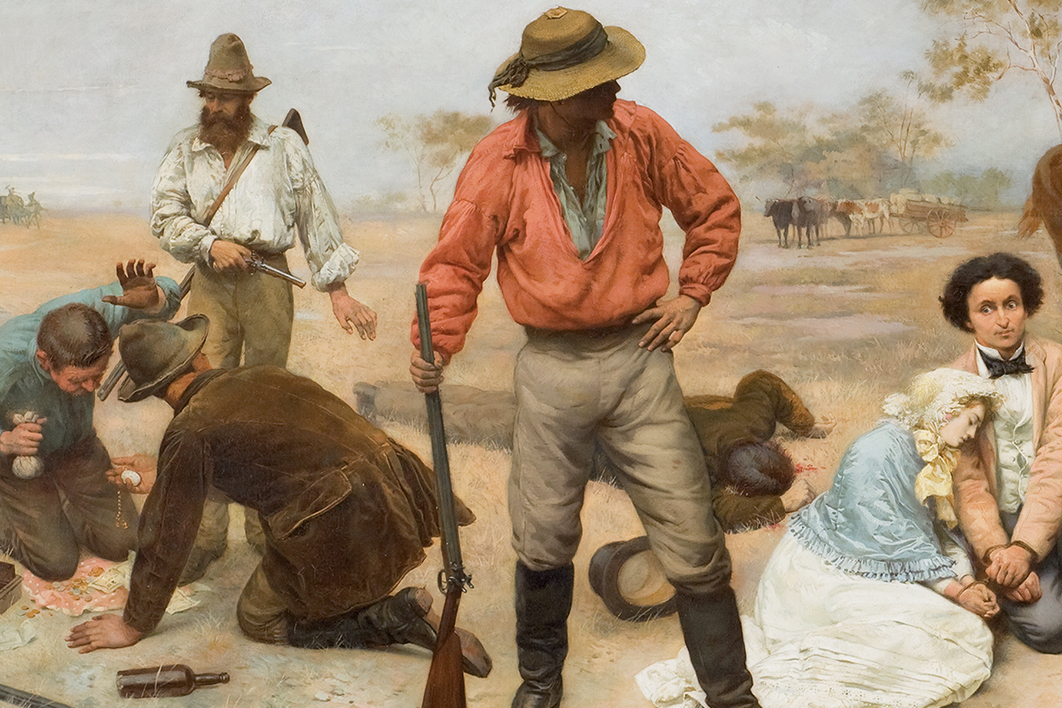