Books | A riotous reimagining of the trans memoir 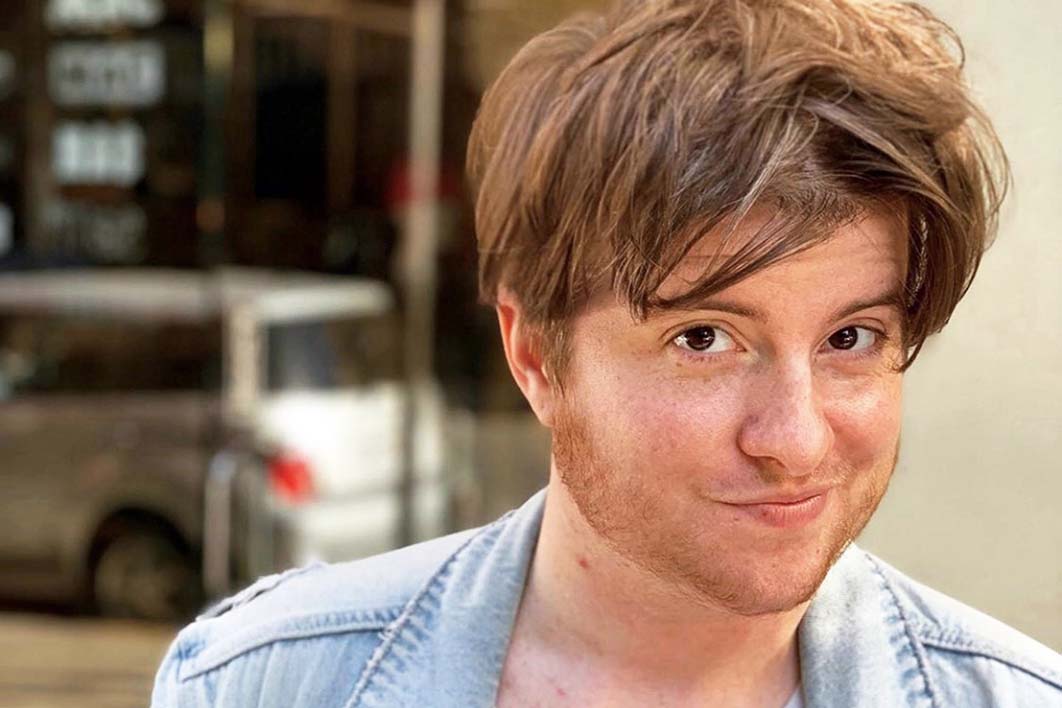 Something That May Shock and Discredit You
By Daniel Mallory Ortberg | Scribe | $29.99 | 256 pages

In a 1993 episode of the Simpsons, Marge is arrested for shoplifting at the Kwik-E-Mart. For her defence, the family turns to Lionel Hutz, a bombastic attorney known for his questionable ethics. In the courtroom, Hutz attempts to discredit a witness with photographic memory.

“What colour tie am I wearing?” Hutz demands, turning his back to the witness.

“You are wearing a red-and-white striped club tie in a half-Windsor knot,” comes the correct answer.

“Oh I am, am I? Is that what you think?” Hutz snarls, wrenching the tie from his throat. “I have something to tell, something that may shock and discredit you.”

He turns back to the witness, displaying his newly naked collar. “I’m not wearing a tie at all.”

It was this pop-cultural moment of masculine imposture that inspired the title of Daniel M. Lavery’s Something That May Shock and Discredit You, a memoir-adjacent mash-up of transgender life writing, cultural criticism and biblical commentary-cum-satire, published under Lavery’s former name Daniel Mallory Ortberg. (Lavery changed his name after wedding trans academic Grace Lavery in December 2019.) For Lavery, Hutz’s performance conjured a moment of “masks coming off, layers coming off, falling apart, being unable to maintain a particular set of assumptions” that spoke to the collapse of his former identity: the woman known as Mallory Ortberg.

As Mallory, Lavery was already, in certain circles, a household name. A California-based millennial writer, Mallory had co-founded the feminist website The Toast, published the New York Times bestseller Texts from Jane Eyre (2014), and assumed the helm of Slate’s long-running “Dear Prudence” advice column and podcast. In 2015, Mallory Ortberg featured in Forbes’s “30 under 30” in the media category.

But shortly after turning thirty, “Mallory” ceased to be a viable proposition. Quite suddenly, it was no longer tenable to live as a woman. As Lavery recalls, it was as if a demon visited in the middle of the night, whispered, “What if you were a man, sort of?” then vanished without deigning to provide any follow-up information. In the aftermath of this demonic whisper, disorientation and fear took hold. There was “a year of trying very hard every day not to transition.” Lavery was stuck in a holding pattern, unable to continue as female but not yet daring to relinquish this familiar role. Then, during 2018, aged thirty-two, while publicising his second book The Merry Spinster, Lavery told the world he was trans. Mallory was now Daniel.

This gender transition forms the central thread of Something That May Shock and Discredit You. Over twenty-two chapters and twenty “interludes,” Lavery documents his gender confusion, self-doubts, and ultimate decision to embark on hormone replacement therapy — colloquially known as “going on T.” But make no mistake: this is not your standard gender-transition narrative. In common with Kai Cheng Thom’s Fierce Femmes and Notorious Liars: A Dangerous Trans Girl’s Confabulous Memoir (2016), Lavery self-consciously resists the earnest conventions of “trans memoir” in favour of something more playful and unresolved.

The result is dizzying. Part satire, part confessional and all utterly original, Lavery’s third book is a wild rollercoaster of a read that defies definition. It’s a riotous stew of diarist self-examination, taut comic sketches, and queer readings of everything from Byron, Apollo and King Arthur to Marcus Aurelius, Jacob and the angel, Star Trek, the John Hughes film Pretty in Pink, and even Henry VIII. Biblical texts are prominent, as Lavery was raised in an evangelical Christian family and through his transition returned to “the scriptures of my youth, to ground and locate myself in the stories of transformation that were already familiar to me.” The high and the low, the canonical and the pop-cultural, the sacred and the profane all jostle side-by-side. After 236 pages, the reader emerges reeling, giddy but elated by a hell of a ride.

Lavery has a knack for giving words to the inchoate dissatisfactions and longings, psychological labyrinths and repressed knowledges that are too often contained within the sterile medical language of “gender dysphoria.” With uncanny verisimilitude, he maps the path from a taken-for-granted womanhood, an assumed position of being cisgender, to the gaping void of something else — a trans future at once inexorable but as yet undefined.

“[F]or years I was a woman because it did not occur to me that I might have other options, if I cared to investigate them,” Lavery writes. As thirty-year-old Mallory, he “believed the main narrative cycle of my adult life had been resolved.” Then came “a series of structural collapses,” a “sense of foundationless,” “an involuntary forgetting — I lost the ability to be a woman.”

But who or what would come next? As Lavery articulates, transitioning as an adult is a project of contradictions. It requires inner conviction and self-knowledge — the confidence to swim against the cisnormative tide, to abandon cis privilege and to “other” oneself — at the very moment that one’s self-knowledge has been shaken. If you believed yourself to be a woman for thirty years, and belatedly realise you were mistaken, how on earth can you be trusted to know yourself now?

For months, Lavery resisted transition because he’d lost faith in his own desires. “I knew I could not trust my own feelings, because I had not always been aware of a desire to transition, so I could not allow myself to make a decision now on the basis of any feeling, however strong,” he recalls. Instead he resolved to sit tight and wait it out, confident that he’d return to “full and grateful cis womanhood any day now,” thankful he hadn’t made any hasty decisions “during my days of delusion.”

Above all, Lavery hungered for someone else to take the reins. Cisgender life — for all its restrictions — at least comes with clearly flagged principles, milestones, role models. There’s a rulebook. If you’re so inclined, you don’t have to make many decisions. Trans life, by contrast, is one big gaping void, a mass of unscripted potential and unknowns. Once you throw out the gender rulebook, the possibilities are endless.

On good days, this feels exhilarating. But quite often it is simply terrifying and exhausting. You get decision fatigue. You question your ability to make the right decisions. The stakes feel impossibly high. You secretly yearn for someone else to sit in the driver’s seat, while you check out to munch chips and mindlessly stare at your phone. As Lavery puts it, “My most desperate desire was not that I would be assisted in my transition but that someone would either force or forbid me to do it, because I could not take responsibility for annihilating my own life.”

By naming these little-represented psychological byways, Lavery has given us a new vocabulary of inner life, one that uses wry humour to refuse the persistent medical logic of transness-as-pathology. Lavery shows “gender dysphoria” not as disease but as just another branch of the infinite intricacies and absurdities of the human condition. These words are a gift for trans readers who so rarely have their own experience reflected back at them.

But what does it mean to paint transition as absurd? Gender transition is absurd, to be fair, and Lavery’s humorous rendering of this experience is, at its best, deeply humanising. There are moments, however, when the humour assumes a sharper edge, twisting into defensive self-deprecation, a knowing self-mockery employed to pre-empt the inevitable mockery of others. In these moments, the humour oozes pain, while also threatening to pour salt in the wounds of others. We trans people have so little culture of our own, such a tenuous grip on basic rights and recognition, that self-deprecation feels risky, potentially premature.

I am reminded of Hannah Gadsby’s insight that self-deprecating humour is, for marginalised groups, just another layer of humiliation. When trans people laugh at ourselves, are we taking control of the narrative, or merely doing the work of our oppressors?

In the end, Lavery did transition — socially and medically. It was an unclenching, a surrender to long-restrained appetites. As he writes, “Trying not to transition was the hardest work in the world. The nicest thing about transition was letting go.” He changed his name, went on T, had “top surgery.” In the aftermath, he experienced a sense of homecoming, a new and unfamiliar ease. It was as though after “years of being vaguely troubled by an inconsistent, inexplicable sense of homesickness, I woke up one morning and remembered my home address.” He was suspicious “of my own peacefulness.” He married his best friend, a trans woman who shared his fascination with “T4T energy” — trans-on-trans attraction. The only trouble was the neck acne, an unfortunate by-product of a second, male puberty.

Something That May Shock and Discredit You thus also discredits the inevitability of trans suffering. That is to say, there is suffering, to be sure, but no more than is inherent in life itself. At a moment of renewed global transphobia, when Leslie Feinberg’s tragic Stone Butch Blues remains the touchstone of transmasculine literature, Lavery’s kaleidoscopic memoir is a refreshing reminder of the possibility of trans irreverence, trans peace — even trans joy. •

Yves Rees is Lecturer in History at La Trobe University and co-host of the history podcast Archive Fever. 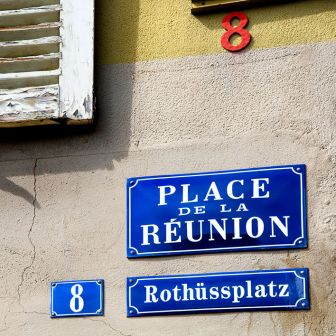 The fall of Robert E. Lee

How the reputation of a “good Confederate” was made and unmade 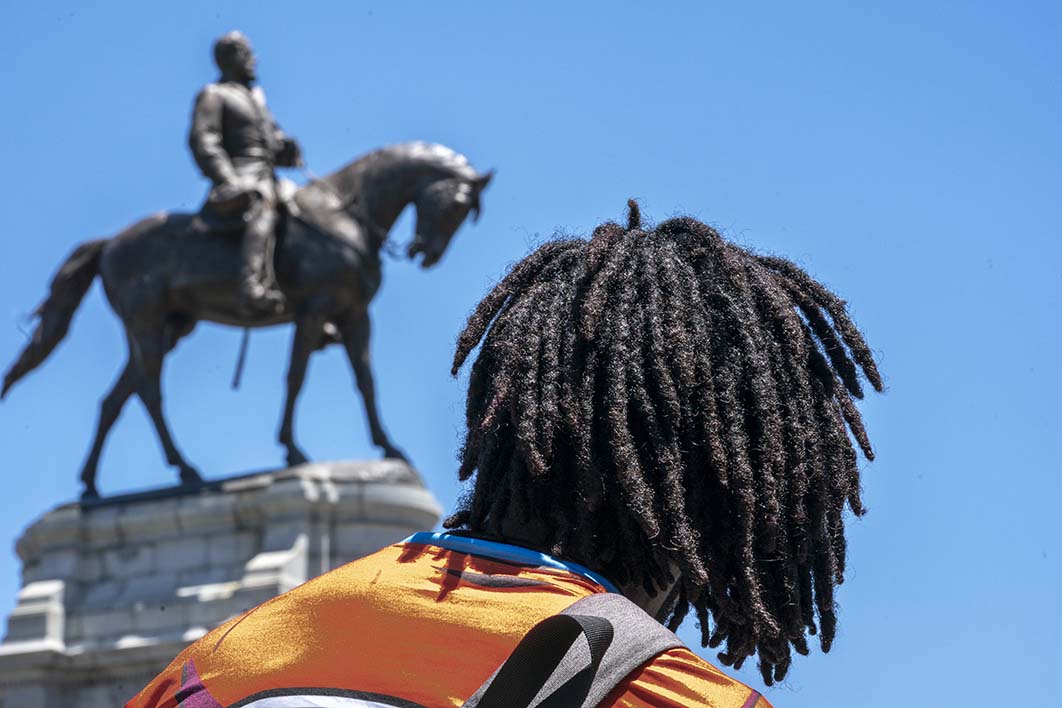