Letting us in on her secret 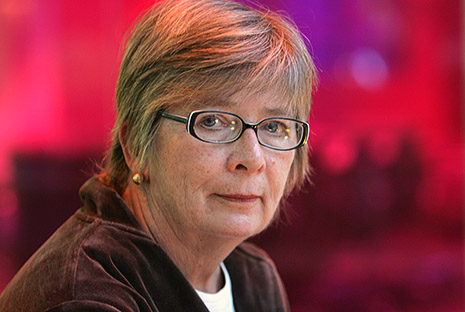 Living with a Wild God: A Non-Believer’s Search for the Truth about Everything
By Barbara Ehrenreich | Granta | $29.99

Barbara Ehrenreich. Ah, Barbara Ehrenreich. She’s come a long way since the 1970s, but to me she will forever be one of those sharp American feminists who moved on from the anger of our own oppression to more forensic examinations of how it was that we came to be oppressed.

In the 1970s she and Deirdre English published Complaints and Disorders: The Sexual Politics of Sickness and, in the same year, Witches, Midwives and Nurses: A History of Women Healers. These were landmark books, not only for the topics they covered but also for the diagnostic tools the pair brought to them; namely, an analysis of the operations of class and race as well as gender. Many of the breakthrough books of that time, such as Kate Millet’s Sexual Politics or Germaine Greer’s The Female Eunuch, focused in large part on literature to make their points about Western culture’s deeply ingrained misogyny, and for all their brilliance they evidence the limitations of concentrating on cultural work. So much so that in Greer’s case, she could blithely propose enlisting earthy Italian women to look after any children we might have in order to set us free. You never got that sort of nonsense from English or Ehrenreich.

Ehrenreich went on to publish eleven more books of her own, and some of the earlier ones written with English have been reissued recently. Today she is best-known for Nickel and Dimed, her first-hand undercover exposé of trying to survive on low-wage employment in Clinton’s boomtime America. Part of a long tradition (think, for one, of Orwell’s Down and Out in Paris and London), Nickel and Dimed was criticised not only because Ehrenreich started out with money in reserve to cushion her through her experiment, but also for overlooking positive experiences even low-paid workers can enjoy. But the point was made. It was impossible to keep your head above water on America’s minimum wage, a situation arguably much worse today.

It’s hardly surprising, therefore, that the picture I had in my mind of Ehrenreich, whose work I’ve admired and been inspired by for over four decades, was this: a straightforward, super-rational, hard-thinking socialist-left feminist, a feisty sort of thinker who wouldn’t take bullshit from anyone, yet whose startling intellect was firmly fixed in service of her heart. A person whose driving force was compassion but whose command of the facts could take the mickey out of anything a neoliberal had to offer. But now that I’ve read her memoir, I’m forced to accept she is not like that. Or to state it more fairly, she is much more than that.

Yet I’m not at all sure that everyone will like the woman who is revealed in these pages. Ehrenreich never was a writer who set words on the page to reap the love of her readers; what she attracts is respect, which is one of the many things I’ve liked about her. That said, Living with a Wild God is quite unlike any other memoir I’ve read.

Though there’s a lot to pull your heartstrings, Ehrenreich, born Barbara Alexander, is subdued on what by today’s measure would be deemed a traumatic upbringing. Her parents were alcoholics: her mother, embittered as so many women were at the time, was by turns companionable and cruel to her eldest child; her father was absent as fathers typically were then, working long hours away from home and seeking refuge afterwards in bars and hotel rooms. They ended up unhappily and apart, the mother finally suiciding, the father descending into a dreamy state of senile dementia.

Yet for all their undoubted flaws, they were both very brainy. Ehrenreich’s father began as a miner in Butte, Montana’s copper mine, studied at night to become a metallurgist and was eventually promoted to executive jobs that moved the family all around the country. Her mother was an outstanding community organiser, although the peripatetic existence stymied any real progress for her in that direction. All through their upward trajectory, however, they retained a fierce working-class suspicion of authority, including the power of any Judeo-Christian god. Their abiding atheism is just one of the values they bequeathed to their daughter.

That Ehrenreich inherited their intelligence as well there is no doubt. She was a seeker of knowledge like her father – a likeness her mother in her most withering moments attributed to an Oedipal complex. The interesting thing is that we might never have had this latest book but for the fact that, struck with breast cancer in her late fifties, Ehrenreich came across a journal she had begun in 1956, when she was just fourteen, and continued for ten years. Facing possible death, and in the process of contributing her papers to a university library, she hung onto this journal, for reasons she couldn’t quite put a finger on until years later. For these extraordinary jottings of a disaffected adolescent were what spurred her, in her seventies, into producing this remarkable memoir.

Although Ehrenreich often quotes from the journal, she doesn’t resort to paraphrasing it. The book is more an interrogation of her younger self, and as such the basis for further exploration. More than anything, it is the memoir of one woman’s intellectual development, a memoir of her mind. That’s exactly what makes it at one and the same time so challenging and exciting, and for some perhaps off-putting – simply because it doesn’t conform to the standard memoir formula, and suggests that women too can have what Simone de Beauvoir called “intellectual passions” that might even surpass the private emotions considered, even to this day, to be the special province of females.

Perhaps it was her family’s dysfunction that forced Ehrenreich so deeply into herself, or perhaps her being such a singular child was what exasperated her mother to distraction, but whatever the chain of causation, a singular child she was. Her serious self-education began in the library of Lowell, Massachusetts, where she devoured an eclectic range of sources in the hope of ascertaining the meaning of life. Quests for life’s meaning are common among adolescents but I imagine that few pursue them (via Nietzsche, Kant and others) with such insight and diligence.

What she got snagged on was the question of how she could determine if anything was actually “real” – whether it was possible for any individual to determine what existed outside herself, when what was perceived could just as easily be conceived. This solipsistic view of hers began innocently enough with inanimate objects, but after a while it coloured all her relationships, with parents, teachers, contemporaries and human beings in general, and must have been particularly hard to deal with. It certainly is at times for the reader. This is not a girl you easily “connect” with.

When the family moved to Los Angeles on the last of her father’s promotions, Ehrenreich’s eccentricity became all the more pronounced. LA was her “land without details,” a sunstruck place that lacked New England’s old, elaborated architecture and, with its pastel stucco buildings and bright flat surfaces, further stimulated her singular development. In Lowell she had experienced her first flash of “dissociation,” a state in which the word to describe a thing floats free from the object it describes, with both becoming uncannily “unreal.” Mystics have depicted this as a veil being parted to disclose the true reality, but Ehrenreich, of course, had no truck with mysticism. The diagnostic manuals list it as a symptom of schizophrenia, so for years she harboured a fear that she was mentally ill. But medical diagnoses are authoritative opinions, and if there was one thing, remember, her parents had taught her well it was to distrust authority (if, alas, not at all times their own).

A further, even more striking encounter with the paranormal occurred in the mountains north of Los Angeles. By this time, in her late teens, she had learned it was expedient to conform, getting top marks in school, making friends and holding down part-time jobs. When she went with a boy on a ski trip and found him to be even more sullen than she could be, though, she climbed out of the car on the way home and went walking alone through the streets of a still-sleeping town. It was there that she experienced what it’s hard to deem anything but a full-blown mystical experience.

“At some point in my pre-dawn walk – not at the top of a hill or the exact moment of sunrise, but in its own good time – the world flamed into life. How else to describe it?” she writes. “There were no visions, no prophetic voices or visits by totemic animals, just this blazing everywhere. Something poured into me and I poured into it.”

Powerful as it was, there was no way to fit this experience into anything she was prepared to accept at the time, so she set it aside, undetonated, for many years to come.

It’s important to note that Ehrenreich was a scientist before embarking on her writing career. She majored in chemistry and physics as an undergraduate, then joined one of the country’s top science labs for a doctorate in the more chemically oriented aspects of biology. A political naif until America began drafting young men to fight in Vietnam, her resistance was triggered by her own university’s complicity in the US involvement. Like many others she was radicalised by her anti-war activism, “joining the species,” as she puts it, and breaking at last with her adolescent nihilism. Her left alignment solidified, and soon embraced the feminism for which she became known. As a writer she has been fearlessly independent, if operating well within conventionally humanist parameters. This approach can be seen at its finest in Blood Rites, her book about the origins and history of war. Still a big topic, still forensically conducted, yet with little hint of her one-time immersion in the physical sciences or the far-reaching metaphysical questions they can raise.

Then, looking back through her journal, she was confronted once again with the issues her callow young self had grappled with, and returned to them with the same fearlessness that informed her other writing. This makes Living with a Wild God a far braver book than it would seem on the face of it. As the subtitle asserts, her search has been that of a “non-believer,” yet the very scientific orientation that would predispose her to dismissing unprovable speculations around “out of life” experiences, or whatever you want to call them, has left her with an uncompromisingly open mind. Other people have had such experiences, and though the source of them has yet to be satisfactory explained for her, she’s inclined to think there has to be something in them, although only now has she felt able to disclose this.

I understand her reluctance. Having had such episodes myself, including a very powerful one similar to the one described, there aren’t many people with whom I feel comfortable enough to confide in about them. My friends and associates are, on the whole, supremely rational beings, politically savvy, pragmatic sorts who pen exemplary realist novels or papers on labour participation rates, not the kind you can talk to about a certain twilight when everything around emitted an ecstatically incandescent light. But here is Barbara Ehrenreich, of all people, letting us in on her secret. I may not have the courage, or doggedness, to follow her where it’s taken her, but can only be awed by her willingness to take us with her. •