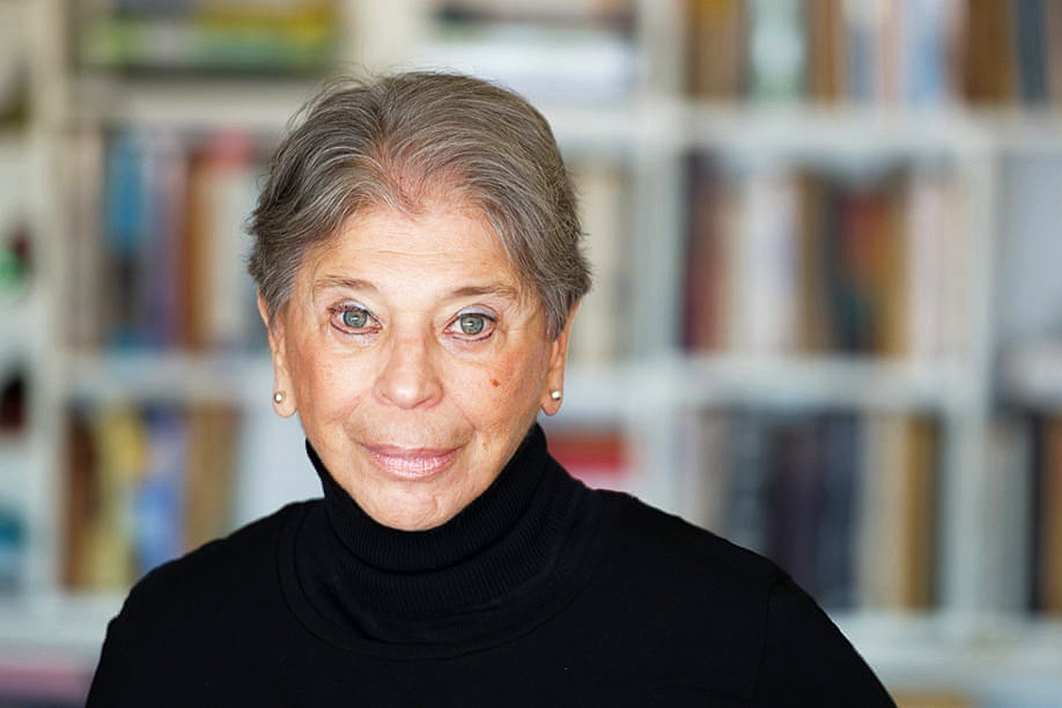 To begin with, I should say that I like Vivian Gornick very much. I like most writers, but not the same way. When I read her I sigh. I’m at home; I recognise myself, or the self I could have been if I’d never left New York. You’d be right, however, to take this with a grain of salt. I left New York when I was eight and she is still there, touching eighty-five.

It’s the voice. Every writer needs one, and hers is a voice Australians are now familiar with — a certain kind of Jewish New Yorker’s voice, laced with irony and self-examination for all its community-mindedness. Yet biting, and far from self-indulgent. When I read her, echoes flood from my childhood — comforting, but at the same time confronting. It’s a judging voice, one she has questioned if never entirely relinquished.

But maybe she has with this book. Unfinished Business advertises itself as a book about books and reading. After all, books can be friends, and visiting old ones can delight but also surprise us; the things we remember often aren’t there on the page. Recently, seeking a quotation, I re-read a book that had a profound effect on me shortly after I came to Australia. Not only could I not find the quote, I was shocked to discover just how racist and sexist the book is.

As with life, so it is with books. You can’t go home again. Or if you do, you’re likely to meet with disappointment, or at least a disconnect. As Gornick says:

It has often been my experience that re-reading a book that was important to me at earlier times in my life is something like lying on the analyst’s couch. The narrative I have had by heart for years is suddenly called into alarming question. It seems that I’ve misremembered quite a lot about this or that character or this or that plot turn — they met here in New York, I was so sure it was Rome; the time was 1870, I thought it was 1900; and the mother did what to the protagonist? Yet the world still drops away while I’m reading and I can’t help marvelling, If I got this wrong, and this and this wrong, how come the book still has me in its grip?

Most of the books Gornick examines here she’s re-read twice, at different stages of her life, each time changing her take on them. And this applies to all different kinds of books — her reading is not only wide but worthy itself of comment. The authors include writers as disparate as Marguerite Duras and Colette; Saul Bellow and Delmore Schwartz; A.B. Yehoshua and Natalia Ginzburg; D.H. Lawrence, Pat Barker and J.L. Carr.

Their differences notwithstanding, there’s no discounting the critical place of feminism in Gornick’s re-readings. Her opening piece traces her own development along a common political trajectory from socialist left to women’s liberation. She was writing for Village Voice when she came upon the pioneers of feminism’s second wave, citing the galvanising effect of meeting Kate Millett, Susan Brownmiller and Shulamith Firestone, writers whose analyses of what we came to call sexism would hone her perspectives on love and sex for years to come.

But now, towards the end of her life, she finds their judgements, bold and perceptive as they were, to be missing something. She turns instead to an earlier feminist, Elizabeth Cady Stanton, the nineteenth-century suffragist and editor of the journal Revolution, for a seemingly deeper embrace of humanity.

If this seems perplexing, it’s because Unfinished Business isn’t really a book about reading at all. It is about emotional poverty; and what Stanton said about this in her final public speech was that an individual life, female or male, through a combination of nature and history, is fundamentally alone. “Who, I ask you,” Stanton therefore cried, can “dare to take on himself the rights, the duties, the responsibilities of another human soul?”

Here, then, is the underlying theme that binds all Gornick’s authors together. She begins, after the chapter on her reading self, with D.H. Lawrence’s classic bildungsroman Sons and Lovers. I was introduced to this book shortly after arriving in Australia, and was dismayed to find out in my Sydney University English class that Gertrude Morel, with whom I identified completely, was the villain of the piece. Only after her son Paul (based on Lawrence himself) had broken away from her, we were told, was he on his way to adulthood. It was a purely Freudian interpretation.

When Gornick first read Sons and Lovers she identified with Miriam, Paul’s sweetheart, who is portrayed as being crippled by suppressed desire — the lot of many women in her day (and, I should say, in the 1950s). On Gornick’s second reading, though, at the crest of second-wave feminism, her sympathy lay with the free-loving bohemian artist Clara. Now, on her third reading, Gornick has come to perceive that Lawrence made far too much of sexual freedom. Over a century since Sons and Lovers was published and a half-century since her own feminist awakening, she has seen how we have asked too much of sex, how it can be a substitute for feeling, masking, for a variety of reasons, a near epidemic of emotional paralysis.

Page-wise, Unfinished Business is a small book. For all that, it packs a powerful punch. More, it sent me on a reading jag that included another of Gornick’s books, two of which are being reissued this year. And though I was familiar with many of the writers she discusses in this one, I had never read Elizabeth Bowen, and decided it was time I did. Beginning with The Death of the Heart, Bowen’s sixth novel, which many consider her finest, I moved on to Patricia Laurence’s biography of her and, having finished that, have started A World of Love, which came out in 1954. Bowen published ten novels and thirteen volumes of stories, as well as a family history and other nonfiction. Her own life, too, is as fascinating as anything she wrote.

Gornick is full of praise for Bowen, largely because society’s tamping down of genuine feeling is Bowen’s abiding subject. Orphaned young, she was parked among relatives for much of her adolescence. The Death of the Heart, a bildungsroman like Lawrence’s, springs from this experience, with Portia, its sixteen-year-old protagonist, bucking against the adult world of dissemblance and denial. It’s a powerful book, portraying Portia’s pain and resilience with more than enough hints of her creator’s. But then there is Eddie, the love interest. Most of us women, Gornick included, have had an Eddie in our lives, charming but faithless. “Although ostensibly an adult, he is actually a true Bowen child,” Gornick writes, a victim himself of “stunted empathy,” an avatar of “the human fallout” Bowen has made the theme of her novels.

So far, though I’m mesmerised by Bowen’s stories, and indeed her life’s story (Anglo-Irish, orphan, lover, spy), I can’t seem to wholly share Gornick’s admiration for Bowen’s prose. It’s too much of her time, too precious and wordy for me — so unlike Gornick’s own, in fact, with seven pages to Gornick’s single crackling line. It’s the New Yorker in me, I guess. So much depends on childhood, its echoes reverberating inside a reader’s brain, dictating a writer’s voice and, in the end, shaping our reading tastes. That said, how grateful I am for this latest book of Gornick’s, nudging me, prodding me, opening vistas for me, every step of the way. • 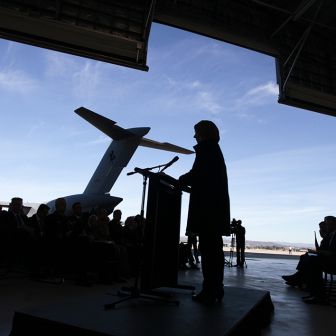 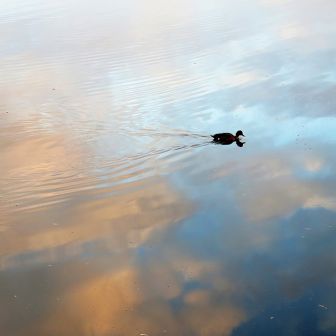 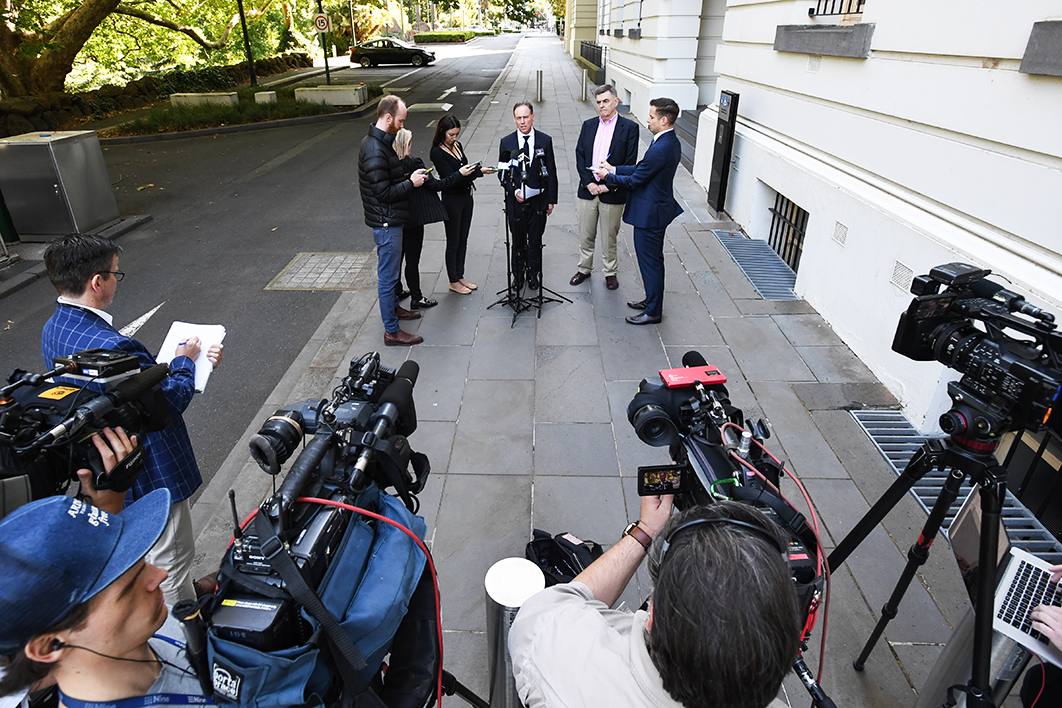