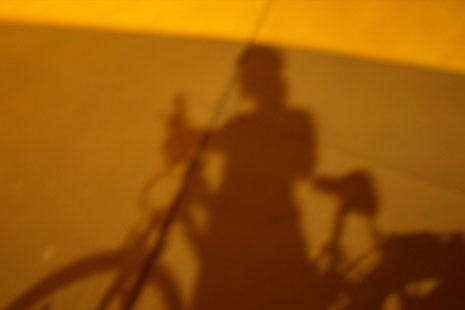 BARNABY JOYCE is always interesting. He will say things other politicians merely think, which is refreshing; and sometimes he will also rush in where his fellow conservatives fear to tread. This week he did just that, and heaped praise on – wait for it – Canberra.

Apart from the home-grown variety, politicians as a rule are not enamoured of Canberra, a place they are required to commute to and from several times a year. It is a chore rather than a place to enjoy, and for most MPs that trip to the airport late on a Thursday when parliament is sitting cannot roll around fast enough.

Conservative politicians, generally, are even less enthusiastic about the place. A Labor stronghold is what they see, a place full of Labor-voting public servants. For all the years that John Howard was prime minister, he refused to live in the Lodge on spurious grounds of family considerations, but in reality he didn’t want to take up residence in enemy heartland.

Not many appreciated Howard’s wit, which could be sharp – and especially so in relation to the national capital, which he once memorably described as “looking like Killara, but voting like Cessnock.” When I worked at the Canberra Times he once complained to me about never getting a favourable run in the paper. “You know, if I walked across Lake Burley Griffin one day, the headline wouldn’t be ‘Howard Walks on Water,’ but something like ‘Howard Snubs Comcar Driver.’”

But not so Barnaby Joyce. Writing in that very same newspaper this week, the senator from Queensland waxed lyrical about Canberra, “the proud and beautiful capital of Australia,” with its elite sporting teams, vibrant education and technology centres, and “its own unique culture that has increased the colours in our national tapestry.”

The point he was making was that Canberra was a “living, breathing example” of regional development, and that Australia should be looking at a “second Canberra” rather than merely adding to the existing conurbations.

He has a point of sorts, and his thinking harks back to the time when conservative state governments always had a minister for decentralisation. But decentralisation on any meaningful scale never quite happened. And is Canberra really the appropriate model anyway?

Senator Joyce repeats the canard that Canberra is no longer a public service town, with more than half the territory’s jobs now in the private sector. This is statistically true, but much of the job shift has been due to outsourcing and Canberra remains very much a one-industry town. To put it another way, without the seat of government would Canberra be anything like the size it is? The answer is not only no; it simply would not exist.

That aside, whether Canberra is any sort of model for sustainability is very much open to question. The city is already several times larger than the town designed by Walter Burley Griffin, and big enough to have its own problems of urban congestion. Water supply will always be a limiting factor in Canberra’s expansion, and its huge geographical footprint – reflecting its low population density – means it is relatively expensive to service. Indeed, the chief planner of the Australian Capital Territory recently told the Canberra Times that the days of the traditional 700 sqm building block are over and the city has to grow denser and accept more urban infill.

Canberra is shamefully dependent on the motor car, and as the suburbs grow more valuable land in the town centres is needed for parking. The Commonwealth, which used to be responsible for management of the Territory, was remiss in failing to provide urban public transport infrastructure such as light rail before it granted self-government to the ACT, which now lacks the revenue base to supply it.

And herein lies the real problem – resentment. The rest of Australia has never really seen the point of Canberra, and the only reason it was created in the first place was that inter-colonial rivalries, chiefly between Melbourne and Sydney, threatened to derail the proposed union of the colonies.

Hence, we had Section 125 of the Constitution decreeing that the seat of government should be in New South Wales but not less than one hundred miles from Sydney. For the federation fathers who signed on, it was an abstract decision for a future generation.

Wrangling, competition and argument occupied the ensuing years as the search was made for a suitable site. It was not until 1913 that the first sod was turned in a sheep paddock – an event that will be celebrated in 2013 as Canberra’s centenary. It was, at best, a faltering start. The first world war intervened, putting construction plans on hold. Finally, a “temporary” parliament house was built, somewhat comically, in a vast and open paddock, and was opened by royalty in 1927.

Then the Great Depression arrived, and once again the Canberra project was delayed. In 1939, the Melbourne press, which had grown accustomed to hosting the Commonwealth parliament for the first quarter of the century, began to question the whole idea of a grandiose national capital in the middle of what was still nowhere.

In the same year another war erupted, and there was no money for Canberra. Despite the wartime Labor government’s supporting the project and embarking on an ambitious postwar reconstruction program, the very future of the national capital was by no means assured.

It took the decisive intervention of Bob Menzies, who became prime minister in 1949, to determine, after half a century of prevarication, whether Australia would complete its national capital. He set up a parliamentary inquiry, it reported and recommended in the affirmative, and he signalled full speed ahead.

But problems remained. Most government departments still remained in Melbourne, and the problems of attraction remained just as they were in the 1920s. So, schools were built, subsidised housing was offered and good roads were constructed to give the impression of a dream suburb – and the rest of Australia looked on in envy as their taxes were spent.

It was not until the 1970s, under Gough Whitlam, that it all came together – but ironically it was Whitlam’s progressive social agenda, and the conservative backlash that it engendered, which the rest of Australia saw as the Canberra “them” against the Australian “us.”

There are no votes in Canberra. No federal government is ever likely to fund a light rail project, nor will the Commonwealth or the New South Wales government build a safe road to the coast for the use of Canberra residents. The existing road, built on a nineteenth-century alignment, narrow and dangerous, is likely to continue claiming many lives each year.

Such is the curious ambiguity of Canberra in the national psyche – the capital city we never really wanted and the place most of Australia has never quite warmed to. The 2013 centenary might just pass unnoticed. •

Norman Abjorensen is a Visiting Fellow in the Crawford School of Economics and Government at the ANU and co-author of Australia: The State of Democracy.

Indonesia is at the sharp end of the debate about how to bring forests into a carbon trading system, writes Stephen Minas 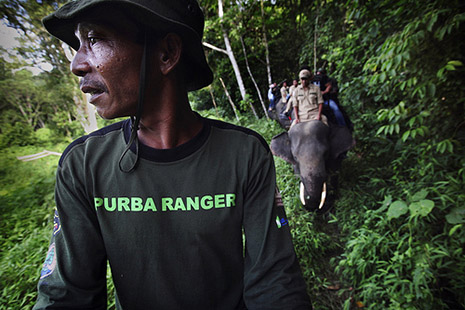