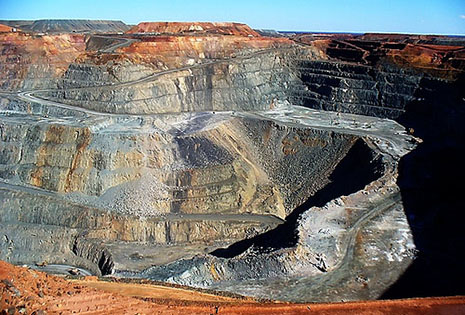 Too Much Luck: The Mining Boom and Australia’s Future
By Paul Cleary | Black Inc. | $24.95

THIS is a slim book about a big issue. Paul Cleary believes that the current mining boom in Australia is a national disaster in the making. We are destroying the rest of the economy. We are squandering the windfall on private consumption. We are stealing the wealth of future generations. We are damaging our food bowl. And we are wrecking Aboriginal communities.

At the beginning of the book, Cleary recalls Australia’s foreign minister, Alexander Downer, holding court late one evening in Bali, during talks on the approaching self-determination ballot in East Timor in 1999. The conversation turned to whether Australia would hand over disputed oil and gas resources to an independent East Timor. Downer was disdainful of the suggestion. The Timorese, he said, would “piss it up against the wall.” Much better for everyone to let Australia control the resources, and return some of the money through foreign aid.

Later in the book Cleary describes returning to Australia after three years working as an adviser in East Timor. During his time away, Cleary had been immersed in the planning of a sovereign wealth fund for East Timor’s oil and gas income. On his return to Australia, he was astonished by the lack of any debate about the long-term, sustainable management of Australia’s mineral resources. While East Timor was putting aside its windfall income for long-term benefit, Australia was “pissing it up against the wall.” In 2006 Cleary wrote the first of many opinion pieces advocating a sovereign wealth fund in Australia. This book is the culmination of his thinking about the issues.

The title of the book is a reference to Donald Horne’s The Lucky Country. Horne famously argued in the 1960s that we were a lucky country with second-rate leaders. According to Cleary, we have not changed since then – or, more accurately, we have changed for the worse. We have “too much luck,” and worse leadership than ever.

Cleary begins by describing the scale of the mining boom. This is the fifth such boom in our history and the biggest; it has made us the richest generation of Australians in history. The extra income that comes our way amounts to about $190 billion a year, about equal to the entire New Zealand economy.

Cleary observes that the extra income might be an opportunity for great public works – the contemporary equivalent of the mass transit systems, giant irrigation schemes and iconic structures (such as the Opera House) built by earlier generations from the wealth of the country. Sadly, this is not the case. Spending on public works is much lower in today’s dollars than it was in the 1960s and 1970s. In contrast, spending on consumption and welfare payments is much greater.

Not only has this opportunity been lost, but the boom has also caused collateral economic damage. To assess this damage, Cleary begins by discussing the theory of comparative advantage, which asserts that everyone is better off when countries specialise at whatever they do well. According to this theory, we are very good at mining, and we should not worry that the rising dollar (fuelled by the boom) is wrecking the rest of the economy – notably, manufacturing, tourism and education.

The problem with this theory, Cleary argues, is that it puts all of our eggs in the one basket. It results in the very opposite of what any good fund manager would advise, which is to diversify your investments. Putting all our eggs in the mining basket is especially risky because of its short boom and long bust cycle. Of course, some folk argue that the current boom is different from other booms and will continue indefinitely. (They said the same about the last share market boom and the last housing boom.) Cleary argues that this view is myopic: partly because supply will gain ground on demand as suppliers ramp up their production, and partly because China’s demand may not be as robust as it seems.

Also myopic, argues Cleary, is the failure of Australian policy-makers to create a currency stabilisation fund that could form the basis of a sovereign wealth fund. Foreign investments by the fund would put downward pressure on the Australian dollar, relieving the pressure on other exporters. They would attend to the future, both after the boom and after the minerals are gone. “With the right framework,” Cleary argues, “we could create an insurance policy, a cash cow and an endowment all rolled into one.”

Other governments – including in Chile, Norway and the American state of Alaska – are taking this course of action. Norway, for example, has the second largest sovereign wealth fund in the world, and maintains a diversified export base. It also uses its foreign equities and bonds to influence corporate decision-making by dumping the stocks of companies that engage in unethical behaviour. During the same period that Norway has accumulated more than US$585 billion in savings, Australia has accumulated an extra $485 billion in net foreign debt (reaching a total of $677 billion in early 2011).

Creating such a fund would obviously require a more robust taxation regime. Cleary argues that the proposed Resources Super Profits Tax was a good idea that was badly designed and communicated. It would have mitigated the boom, encouraging more measured development of non-renewable resources. It would also have created the basis for a substantial sovereign wealth fund. He estimates that the tax would have raised about $12 billion in the first two years, and more than $100 billion over a decade.

Cleary tells the now familiar tale of how the mining companies combined to kill the tax. He draws particular attention to the role of the three giants: Melbourne-based BHP, London-based Rio Tinto and Swiss-based XStrata. They were successful in bringing down a prime minister and extracting massive concessions from his successor. In doing so, they demonstrated their power in relation to “weak Westminster governments,” and sent a warning to governments around the world.

The effects of mining on the environment, especially the country’s food bowl, are Cleary’s next target. Mining and petroleum leases now cover vast swathes of prime farmland in New South Wales and Queensland, threatening water quality and food production.

Cleary directs particular attention to the “fracking” business, which produces methane gas from coal seams. It does so, he writes, by “blasting a combination of toxic chemicals, sand and large amounts of water into the coal seams below the surface to release the gas.” He quotes a 2010 document, obtained under FOI, which states that 18,000 production wells could extract “15,000 to 28,000 GL (possibly up to 45,000 GL) of groundwater” from the Great Artesian Basin. It adds: “The proposals will also affect a significant number of stock and domestic users who rely on groundwater in the region, and have the potential to cause widespread subsidence on the land surface.”

Cleary is also concerned about the impact of the industry on Indigenous communities. He tells how land rights legislation in the 1970s and 1980s paved the way for better royalty deals, which were then described by the industry as “fuck-off agreements.” He argues that the results of these agreements have created a “generation of despair” and done little to improve Aboriginal employment.

Cleary concedes that some major companies – including Rio and BHP – have substantially increased their attention to Aboriginal welfare in recent decades. In contrast, some of the smaller mining companies are “still deliberately dividing communities in what looks like old-fashioned land grabs.” He directs particular attention to one deal in the Pilbara by Andrew Forrest’s Fortescue Metals Group, which was also the subject of a recent Four Corners program. Fortescue apparently hopes to gain a competitive edge over its bigger rivals through cheap deals with Indigenous communities.

Cleary’s final chapter brings his argument together. We need to “save while the sun shines” through a short-term stabilisation fund that could grow into a sovereign wealth fund. We need a uniform resource rent tax to fund it. We need careful regulation to protect local communities, Indigenous Australians and future generations.

There is not much subtlety about Too Much Luck. It is not an academic tome; it is a polemic. Cleary marshals the arguments and evidence for his cause. He mostly draws on existing sources and evidence. The style is clear and direct. There is no index, although there are footnotes. The book is a call for action.

Readers who want a deeper understanding of the mining industry will be disappointed. There is a lot more to be said, for example, about the structure of the mining industry. The industry is neither as homogenous nor as cohesive as Cleary implies. It includes substantial differences and divisions; notably, between the giant multinational producers (such as BHP) and the smaller Australian-owned explorers and developers (such as Fortescue). In the industry the multinationals are colloquially known as “seniors” and the locals as “juniors.” Cleary only acknowledges the differences incidentally, notably in the chapters on tax and Indigenous communities.

One effect of the proposed Resources Super Profits Tax was that it brought the seniors and juniors together. Cleary heavily underlines the role of the giant multinationals in the tax revolt. After all, they put up most of the war chest. Yet the most visible flag-bearer for the revolt was Fortescue’s Andrew Forrest. He might not have paid for the advertisements, but he generated a huge amount of free media coverage for the anti-tax cause.

Once the government abandoned the tax, it entered negotiations with the “big three,” leaving the juniors out in the cold. Fortescue still leads the charge against the replacement measure, the Mineral Resource Rent Tax. There is a tale to be told here, but Cleary doesn’t tell it.

Perhaps I shouldn’t complain. There seems to be little room for subtlety in this debate. The media campaigns of the mining industry have the subtlety of a jackhammer. Cleary’s book responds in kind. In doing so, it presents a powerful and passionate case for more sophisticated management of our mineral wealth; in particular, for the creation of a sovereign wealth fund. In doing so, he does great service to all Australians. •

Michael Gilding is Professor of Sociology at Swinburne University of Technology.

Something in the water 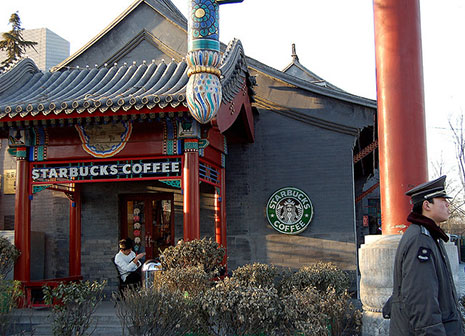