Living with the boom

Understanding the impact of earlier booms can be helpful in preparing towns for the expansion of the mining industry, writes Erik Eklund 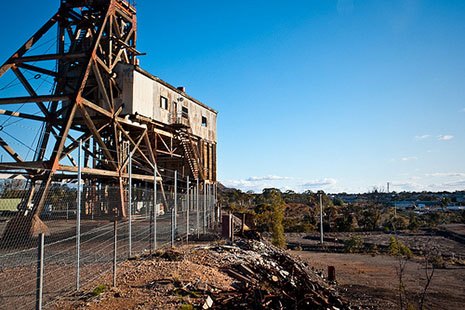 IN THE middle of a road trip around Australia in 2006 my family and I stopped in the small central Queensland town of Alpha. After a long drive on a hot spring day, the town was a welcome relief. We had a pleasant stop in the main street, enjoyed a reviving cuppa and encountered friendly locals. It was clear the town had qualities that were difficult to define but no less important for that.

Six years later, Alpha is about to confront a deluge of change brought about by a major mining development. Hancock Coal, a subsidiary of Hancock Prospecting Pty Ltd, is seeking approval from the state and federal governments to construct a large-scale open-cut coal mine with an expected life of at least thirty years, and a railway corridor to the coast. Annual production will be around thirty million tonnes, twice the size of the largest open-cut coal mines currently in operation in Australia. The working face of the mine will be over twenty-four kilometres long, making it what the company claims will be “one of the largest coal mines in the world,” dwarfing Kalgoorlie’s famous “Superpit.”

Alpha lies fifty kilometres to the south of the site. With a population of approximately 570 people, the town’s prosperity was built on the railway and later wool and beef cattle. Like many small towns, it plays an important role as a service centre and as a focus of social and community life for those in town and from the surrounding hinterland. Alpha will change rapidly if this huge development proceeds. A new social mix will emerge and there is the possibility that old and new may not combine well, creating challenges for the town. Affordable housing, infrastructure stress and social connectedness are all issues that can plague mining towns.

Starting from a premise that economic development should serve shareholders, employees and their host communities, large-scale development should only proceed if there are tangible benefits for all concerned and the benefits such as job opportunities outweigh the inevitable social upheaval and environmental damage. Having just completed an historical survey of mining communities in Australia with a focus on towns such as Mount Isa, Mount Morgan, Broken Hill and Queenstown, I think history offers a few lessons from which Alpha might benefit.

First, communities need to be prepared for a cycle of growth and decline. The history of all Australian mining towns shows significant volatility. Even in the good times, many residents in Australian mining towns showed a real concern to plan for the downturns. With uncertainty in global financial markets and unresolved problems with debt and speculation, there is every chance that a major downturn could curtail coal prices and demand in places such as India and China. Alpha and the new residents who will come to work there will need to be prepared for this boom/bust cycle. And whatever one’s views on greenhouse gas emissions, in an emerging low-carbon economy it is hard to predict how a massive coal mine such as this one will be viewed – or whether it would be considered environmentally sustainable – in twenty years’ time.

Second, mining is a powerful economic engine that can shape local aspirations and levels of skills and training. In mining towns throughout Australia, the best employers were engaged and active in local communities, providing education and training opportunities for locals. Mining had positive spinoffs both for local communities and for Australian society more generally. Mining delivered good wages for many decades after the end of the war in 1945. Working conditions were tough and occasionally dangerous but did gradually improve, particularly as a result of action by trade unions and government regulation. Since the early 1990s, however, we have seen a significant decline in levels of corporate investment in education, training and apprenticeships, and the reversion to twelve-hour shifts. With some notable exceptions, companies now prefer a fly in, fly out workforce, or FIFO, and show less interest in investing in skills development and community development. This is well illustrated by the current trend for companies to import temporary workers rather than invest in local training and education.

Third, FIFO represents a serious challenge to the viability of regional communities and the view that mining-led economic development benefits host communities. This phenomenon is relatively new, emerging only in the last twenty years with the abolition of generous tax concessions for local infrastructure development, the beginning of twelve-hour shifts, and the decline in transport costs. Recent work from researchers at Curtin, Edith Cowan and Griffith Universities, as well as submissions to the parliamentary enquiry into FIFO have highlighted the hidden personal and social costs of FIFO. FIFO workers are more stressed, less involved in their family lives and more prone to illness, while local communities are seeing less and less economic benefits from camp-based workers who spend little money locally.

Fourth, mining leaves environmental and social legacies. There are too many sites around the country where the post-mining clean-up was only half done or left to subsequent owners who lacked capital and expertise. Acid mine drainage is one of the many environmental headaches. State and federal governments often struggled to regulate this aspect of the mining cycle, though more recent legislation has created specific obligations for site clean-up and remediation.

The social legacy is even more complex. Some former mining localities are among the poorest areas in the country, the wealth that was extracted from them siphoned off and invested elsewhere. If educational opportunities and work experience are afforded to local residents then they will be better equipped to adjust to life after mining by moving on to new mining fields or managing the local economic transition to a post-mining future. Mining in regional Australia also requires close consultation and collaboration with Indigenous groups, and Hancock Coal has reportedly signed agreements with local Indigenous representatives. Mining towns can also be socially stratified, with the hierarchies of the workplace mapped onto the local community. Shift bosses and senior employees lived in better houses, wore different coloured work clothes, and in some cases formed a local elite. Women were traditionally excluded from this very masculinised industry, though this is changing too.

Governments, companies and communities should take the time to consider the four historical lessons from Australian mining communities briefly sketched here. If development proceeds then locals should be involved and should be key beneficiaries. This will help create a healthy community as well as make good business sense for the company. What might Alpha look like next time we visit? It is difficult to say, but the story of this small town is being repeated across the country as it has been since the first large mining towns were established in the 1850s. •

Digital media users may be easy to track but they can be very hard to follow, writes Jock Given

More media options mean smaller numbers tuned in to any one of them. Nicole Emanuel/The Age 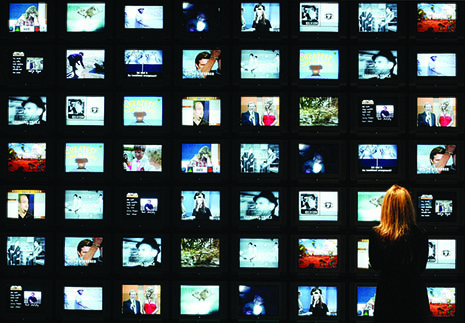 More media options mean smaller numbers tuned in to any one of them. Nicole Emanuel/The Age