Myanmar is in the thick of the Asian century, writes Nicholas Farrelly 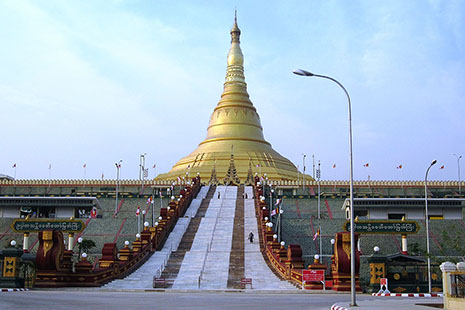 Myanmar has taken charge of ASEAN, the Association of Southeast Asian Nations, for the first time. To host the hundreds of meetings that come with the year-long job, a vast new neighbourhood has been built in Naypyitaw, the country’s sprawling decade-old capital. Two huge convention centres and more than two dozen brand new hotels have sprung up, all helping fulfil the government’s long-held desire for respectability and renewed national pride.

Leading ASEAN is a significant turning point in Myanmar’s relations with its nine Southeast Asian neighbours. During the dark decades of military dictatorship, the country’s pariah status would have precluded a regional endorsement of this kind. But now Myanmar is taking centrestage and enjoying the applause as it performs what could be the world’s most astonishing political pivot: former military dictators building a system that is slowly starting to look like democracy.

These changes matter for lots of reasons, especially because they mean that a nascent economic boom is helping lift millions of the country’s people out of poverty. But the most important reason to be watching Myanmar closely is the old real estate mantra: location, location, location.

Many Australians have started to focus on the implications of the resurgence of China and India, but we’re still far from the frontlines. Myanmar – almost 700,000 square kilometres, home to sixty million people – is wedged between those twin Asian-century behemoths, its long, winding borders snaking across remote mountains and valleys. It is only a matter of time before Myanmar’s wedge of territory feels the force of the renegotiation of global power that the coming decades will bring.

For millennia, the diverse peoples of Myanmar have accepted influence from both directions. Today, the country recognises 135 “national races,” or ethnic groups, within its borders. Anyone walking the streets of Myanmar towns can see clearly the jumble of linguistic, culinary, genetic and cultural influences that have flowed from India and China. And not just from those two giants. Myanmar’s interactions with its other neighbours – Thailand, Bangladesh and Laos – are important too.

In the borderlands, long-running civil conflicts have preoccupied Myanmar’s central government and destroyed the lives of far too many people, with perhaps 750,000 dead since independence in 1948. Millions of people, especially those from the ethnic minorities who make up roughly 40 per cent of the national population, have sought safety and livelihoods abroad.

More than two million Myanmar citizens and former citizens are in Thailand alone, most of them doing the low-paying jobs that the Thais have left behind during their recent decades of economic success. Others have sought employment, healthcare, education and romance in other neighbouring lands. And the people of Myanmar’s borderlands are better connected to their neighbours than they are to Yangon or Naypyitaw. Short hops to places like Chiang Mai in Thailand or Ruili in China have offered exposure to economic and cultural resources unavailable at home. At many points, the national borders are low bamboo fences or shallow creeks; in other places there are no barriers at all.

Even though Myanmar is gradually becoming wealthier and more peaceful, many locals are taking the main chance while they can. Getting a fair wage and seeking opportunities for education, training and the accumulation of capital: life outside Myanmar can be an attractive bet.

Myanmar’s neighbourhood is also arguably the best indication of the country’s own future direction. Perhaps more than any other country in Asia, Myanmar will have a front-row seat for the changes and challenges of the decades ahead. And its politics are likely to echo aspects of the recent experiences of its neighbours. How Myanmar goes about processing its diverse inheritances and unique features will be what counts.

Until now, the country has been best-known for the prolonged stalemate between democracy icon Aung San Suu Kyi and the military leadership. It has been easy to ignore the broader geopolitical story.

First of all, Myanmar’s political changes bring opportunities for increased transport, cultural and communication links. Astoundingly, there are still no highways crossing Myanmar’s borders that offer quick and easy transport to deep inside the country. Roads in border areas still tend to be bumpy and packed with erratic traffic. Motorised travel is slow and dangerous.

International rail links have yet to be built, and only two of the country’s airports are of any real size. Infrastructure that better ties Myanmar to its region is clearly high on the government’s agenda. For now, the initial surge of investment into the country has focused on gas pipelines designed to support the energy appetites of Thailand and China. In time, Myanmar will be fully enmeshed in Asian and global transport networks.

Anyone visiting Yangon’s airport will see that fundamental shifts are occurring quickly. New flights, initially from across the immediate region and now from much further afield, are giving a genuinely dimension to the processes of change. This daily traffic will create new opportunities for Myanmar’s people while also challenging them to accept new influences.

Those influences are becoming increasingly difficult to control. While Myanmar has been exposed to culture, pop and otherwise, from across the world, it is now being drawn into debates about politics and society. Every week these issues are discussed in workshops, debates and seminars in Yangon, Naypyitaw and other major centres.

These events, while perhaps inconsequential on their own, are adding to a shifting landscape of ideas. Myanmar’s people, and especially the country’s intellectuals, are being bombarded with opportunities to test their notions and marshal new evidence. The isation of Myanmar’s political culture is well and truly under way.

This is part of the reason why Myanmar is divided by squabbles over the most satisfactory form of politics to follow its five decades of dictatorial rule. For many well-intentioned advocates in Western democracies, the next natural step for Myanmar is to embrace a liberal society founded on principles of equality and freedom, with popular electoral franchises extending the length and breadth of the country.

Others, though, will see some moderation of the democratic ideal as preferable. Myanmar’s leadership is balancing political challenges that would test most Western democracies – especially in its ethnic minority areas, where war has been the decades-long standard. Is it realistic to expect a rapid about-turn?

This question has special importance because Myanmar is surrounded by countries where democracy has very shallow roots, and some of them will exert influence on its political development. China, for example, will be hoping that Myanmar remains amenable to its demands, and its preferred model is likely to be a very heavily constricted form of semi-democracy. Many of Myanmar’s powerbrokers, including some of those with the most outspoken democratic credentials, are also inclined towards a “managed” democratic experience.

Should we split the difference, then, between Thai and Bangladeshi politics? That might not do full justice to Myanmar’s inheritance, but it isn’t entirely unfair either. It would imply that political violence will continue in Myanmar, that there will be no handbrake on inequality, and that entrenched elites will continue to bolster their positions. New challengers for power will arise, as they have in both Thailand and Bangladesh, but they will be drawn into brawling, or worse. The military, if we take the neighbourhood’s track record as a guide, will continue to be a powerful player. It may, from time to time, reassert its dominance, even through military coups.

Myanmar’s location needs to be considered with these complications in mind. Its chairmanship of ASEAN has once again given regional leaders a chance to claim some of the credit for the country’s newfound status. They are all proud that their doctrine of non-interference in internal political affairs contributed to Myanmar’s incremental changes.

Such changes are acceptable precisely because some of ASEAN’s members – most notably Vietnam, Laos and Brunei – have yet to begin even token experiments with popular rule. And even those countries that hold regular elections, including Singapore, Malaysia and Cambodia, are still dominated by single parties. Thailand, yet again ruled by military dictatorship, signals how difficult a transition might prove to be. How Myanmar negotiates the pushes and pulls of its location will provide an example for the rest of us. Myanmar may never enjoy warm ties with all of its neighbours, but it can’t avoid their shared geographical destiny.

Meanwhile, the people making the near-term decisions about what happens in Myanmar have opted for a geographical reorientation of their own. Naypyitaw, the new capital built five hours north of Yangon, is supposed to recentre the nation. It provides ready access to all areas of the country, and turns its back on the colonial legacies of cluttered Yangon, the former capital.

As the city taking centrestage in Myanmar’s ASEAN year, it is a symbol of the ambitions of Myanmar’s new political system and the audacious effort to rebuild national confidence and present a proud image to the region and the world. And there is perhaps nowhere in Asia more intriguing, or more misunderstood. With its grand boulevards and architectural pomp, the new capital only looks crazy if you forget, for a moment, that every city, every political system and every idea had to start somewhere. From the beginning, Naypyitaw was designed, ostentatiously, for geopolitical effect.

Those who rule from Naypyitaw will face many hard choices. In particular, the novelty of Myanmar’s transformation from dictatorship to democracy is beginning to diminish as many questions are asked about the management of ethnic and communal fault lines. These, too, are a product of the country’s geography and the mixture of peoples who call it home.

But what happens in Myanmar will matter precisely because it will be first to confront some of the most challenging trends of the years ahead. From India–China strategic competition to ethnic strife, economic inequality, environmental degradation, sectarianism and climate change: Myanmar has all of the Asian century’s big issues.

Australia, by comparison, will be sitting on the sidelines, with the chance to observe, and prepare for, the key trends before they reach us. Our habit of writing stories to suit our own impressions of the present and the future will need to change.

Far-sighted diplomatic management and generous development support mean that for now Australia enjoys an enviably warm relationship with Myanmar’s government and people. Myanmar’s special location and current goodwill mean that working as long-term partners in the Asian century will be in all of our best interests. •

Nicholas Farrelly is a Research Fellow in the Australian National University’s College of Asia and the Pacific. He is currently based in Myanmar where he holds an Australian Research Council fellowship for a study of political cultures “in transition.” 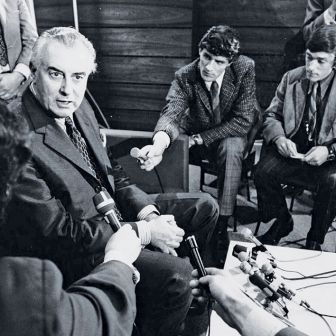 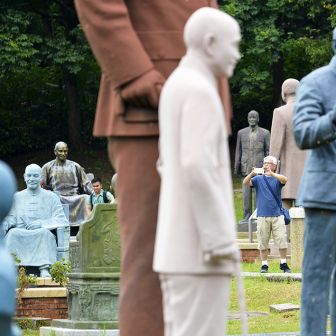