Look what they’re doing to each other

South Korean cinema maintains the rage with Burning and Parasite

Infiltrated: Lee Sun-kyun and Jo Yeo-jeong as Mr and Mrs Park in Parasite. 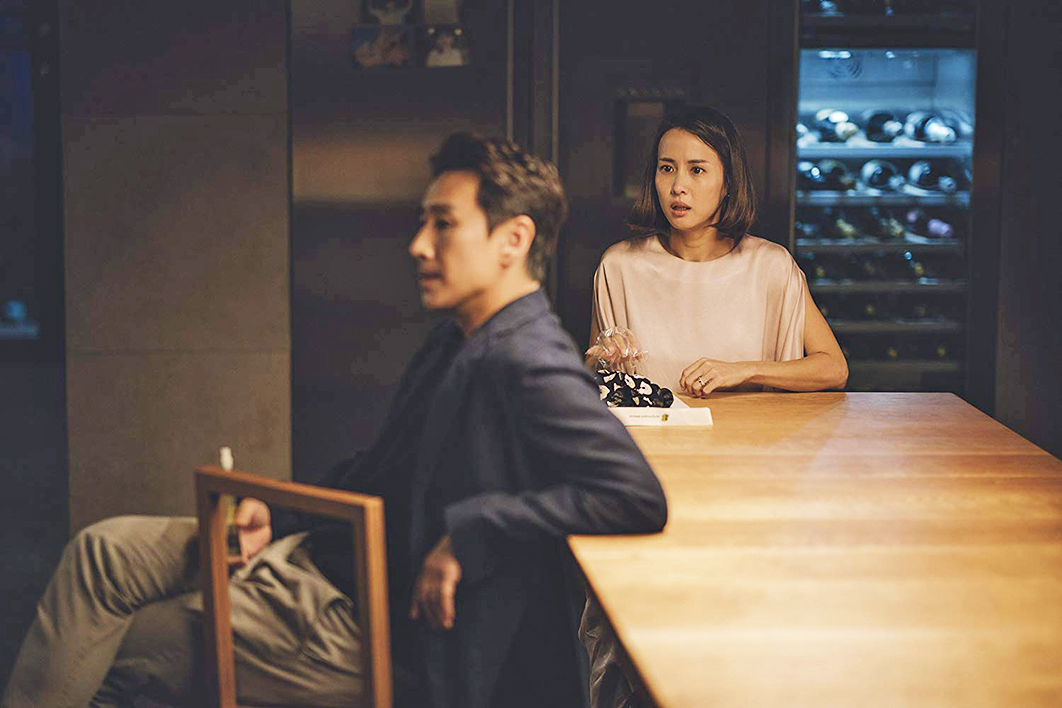 Infiltrated: Lee Sun-kyun and Jo Yeo-jeong as Mr and Mrs Park in Parasite.

There’s an eeriness in the light at dawn, and just before, that’s caught beautifully in Lee Chang-dong’s Burning. Three young people have been up all night, talking, drinking and smoking in a rundown farmhouse belonging to the family of would-be writer Jong-su. They are pretty wasted. When Jong-su wakes from a doze on the couch and walks outside he finds Hae-mi, with whom he is obsessed, dancing bare-breasted, her arms flickering in the sun’s first rays. She is ecstatic and absorbed, her hands catching the light as it slowly intensifies, then equalises, leaching the magic away.

This is one of several moments in this mysterious tale of yearning, fury and obsession when light etches Jong-su’s inner world. Earlier, Hae-mi had taken him to her little apartment, overshadowed by city towers. Maybe she just wants to make him an admirer. Maybe she wants him to oblige her by feeding her cat while she goes travelling.

He agrees to look after the cat, and she takes him to her bed. And as he makes love to her the sun momentarily shafts between two skyscrapers and bounces off the opposite wall. Jong-su is distracted, and then flooded with release.

How do we remember life’s turning points — those key moments of emotional imprinting? Stories? Songs? Smells? For many, memory is visual, and in this film Lee, one of the most poetic of this generation of Korean directors, illuminates the moments that shape Jong-su.

Burning is a triangular story adapted from a 1980s story, Barn Burning, by Haruki Murakami, who in turn drew on a 1939 story by William Faulkner. The third person in the triangle, Ben (Steven Yuen), is a wealthy playboy Hae-mi has acquired on her travels. On the night she dances on the terrace, Ben delivers a casual confession. He likes burning down greenhouses. It amuses him. He doesn’t like them littering the countryside.

Is he putting poor Jong-su on? When Hae-mi disappears from both their lives, Jong-su transfers his obsession to Ben, and the film itself catches fire. In all its versions, this is a tale about class, envy, rage and obsession. It was potent in the thirties and apt in the eighties, and is extremely potent now.

Lee Chang-dong, a novelist and filmmaker, served briefly as South Korea’s culture minister after the long American-sponsored dictatorship of Park Chung-hee, under which he had been blacklisted, was overthrown. He stepped up reluctantly in 2004 and stepped down, with relief, in 2005, and has made three other notable films: Secret Sunshine, Oasis and Poetry. He was blacklisted again under the government of Park’s now-disgraced daughter, Park Geun-hye, who, among other things, tried to abolish the quota system that supported Korean cinema. Koreans took to the streets again; Park Geun-hye was impeached and is now serving time for corruption.

Burning, Lee’s first film since the blacklist ended, delicately explores the psyches of those pushed to the margins.

In South Korea, held up as an exemplar of capitalist modernisation, class politics can be extremely feisty, and Parasite, Bong Joon-ho’s wicked Cannes award–winning satire, lays it out plain. For once we have a Palme d’Or winner running directly on our screens, pausing only to pick up the Sydney Film Prize.

In Parasite, class is spatial and architectural. This is a tale of two families caught up in an almost universal law: the rich family has space and privacy, the poor family is crammed into a shabby basement where free-riding on others’ wi-fi is only just possible, and drunks piss up against the bins outside.

As in Burning, a young, workless student is our way into the story. Ki-woo (Choi Woo-shik) is trying for the fourth time to pass a university entrance exam when an old school friend passes on a job tutoring the children of a rich family, the Parks. There are a lot of Parks in Korea, but…

Ki-woo doesn’t have academic qualifications, so his clever sister Ki-jung (Park So-dam), who’s good at computer design, forges them for him. He gets the job, and access to the eye-opening luxury of the Parks’ house. Tutoring the amiable teenage daughter, he sees in the mother’s fretting over her young son an opening for his sister Ki-jung. (Bong has a lot of fun with the earnest maternal concerns of Mrs Park, played by Jo Yeo-jeong.) Ki-jung invents a persona and becomes the five-year-old’s art therapist.

Slowly, Ki-woo’s entire family begins infiltrating the Park house. Built especially for the film, this marvel of minimalist luxury is architecture in the service of cinema. Not since Hitchcock’s Rear Window has domestic space been deployed so effectively.

The spaces are open, yet big enough to make privacy possible and even to contain secrets. Many secrets. In the second act, as the tone begins changing, they start to be revealed, as the film slides first into unease and then into a kind of “I don’t believe I am seeing this” comic horror. You might have liked the children’s birthday party scene in Rake, but this film does it better.

One reason Parasite works so well is that no one in these families — regardless of their naivety, their loyalties, their pomposities and immoralities — is presented as a caricature. Even the pampered five-year-old is allowed to craftily fend off his parents. Meanwhile, Kim Ki-taek, the head of the poor family who becomes the Parks’ driver, is concerned to keep everybody happy. He is played by Song Kang-ho, who has been with director Bong since early days, and a single glance by his broad, dependable face conveys worlds of apprehension.

In Korea, the politics are sharp, and political satire sharper. Early in his career, after a Korean working for the US military dumped a huge amount of formaldehyde in Seoul’s Han River, Bong Joon-ho used one of the horror genres — the monster movie — to talk about environmental despoliation. Song Kang-ho played the father of a hapless family running a snack stall on the banks of the river, now inhabited by a monstrous fish. But the real nightmare lay in how the military and civilian bureaucracy responded when the family’s young daughter is taken. Bong handles it all with great comic flair.

Bong’s two American films, Snowpiercer and Okja, tackled big themes of ecological crisis and genetic manipulation with much bigger budgets. But the bigger the budget, I think, the more ponderous the movie. Okja almost got there, but for the limitations of the giant digitally created pig. They’re pretty smart animals, pigs, but this one was not expressive enough to be taken seriously.

Back on home ground, Bong’s satire is sharper. Stand by, then, for a pretty wild movie with a truly manic ending. It’s not exactly “eat the rich,” though. These are quite nice people, Bong suggests, and look what they are doing to each other. •

How mateship made way for freedom, democracy and rule of law

Australia’s diplomatic language has evolved during a period of instability and risk, but is practice following? 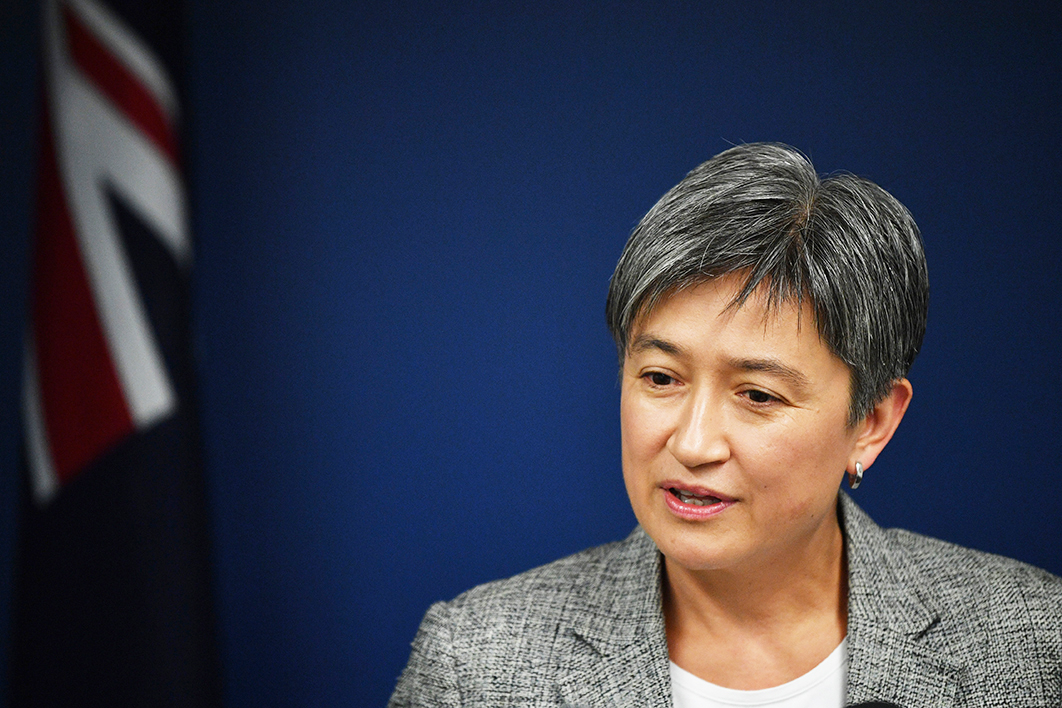