Looking forward by looking back

Books | Can the Ottoman Empire offer a guide to the future of the Middle East? 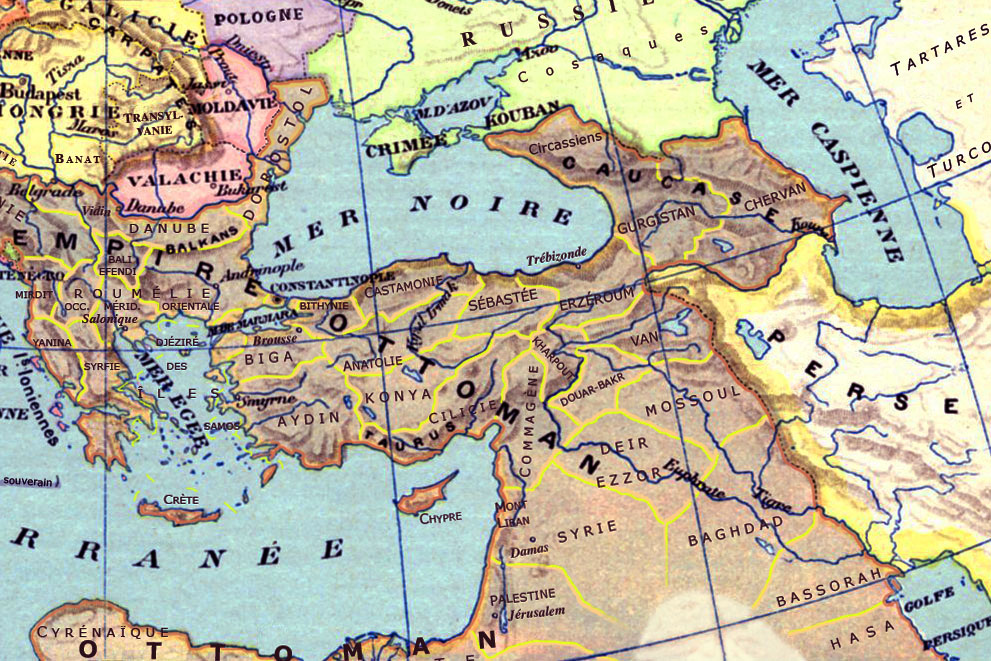 Just a few days ago, the United Nations Development Programme released its latest Arab Human Development Report, the sixth such report since 2002 and the first to appear since the 2011 Arab uprisings that have so convulsed the region. The report, even more so than its predecessors, makes for depressing reading.

The Arab world accounts for 36 per cent of global terrorist attacks, and 43 per cent of global deaths from terrorism. It supplies around 58 per cent of the world’s refugees. And while it has had some success with specific social and economic reforms, the upward trend in human development indicators has slowed.

When the report turns to its focus for this year, the prospects for young people, it is especially bleak. The region’s education systems are struggling, and student performance is poor and below average for the size of most countries’ GDP. Young people face private labour markets that don’t provide enough work, and governments that can no longer absorb them into the public sector either. The youth unemployment rate, at nearly one-in-three, is double the global average. With some two-thirds of the region’s population under thirty years, this state of affairs matters.

A common lament from those of us who observe and analyse the Arab world is that there is so little space for optimism. In my time working in both government and academia, I’ve had numerous debates with colleagues about whether our assessments of the region are excessively grim. To a majority of observers, there is no alternative: the region’s overall outlook is grim, they argue, and to claim otherwise is to deceive oneself and perform a disservice for others. A couple of colleagues who have tried to write more optimistic analyses have become more negative as their research has evolved. There are pockets of success and some room for optimism in certain countries and in some respects, but any holistic analysis of the region is likely to be quite sombre.

But is there nevertheless room for a more optimistic view? Perhaps. I sometimes wonder if there is too much caution among scholars and other observers of the region: to print a positive perspective and be proven wrong is far riskier than to present a negative one and be erroneous. Partly this is because when things go wrong, the evidence is very clear: a civil war, revolution or economic collapse is an emphatic thing. When things go right, it can take years for the outcome to be noticeable, and risks will still remain. So erring towards the negative is perhaps the safer thing to do: a broken watch, as the saying goes, still tells the time correctly twice a day, while a working watch can constantly report the wrong time.

Nicolas Pelham’s Holy Lands is a brief and highly readable analysis covering much of the Middle East region. He is well-qualified to write such a book, having been a reporter in the region for most of the last twenty years, a career punctuated by roles at the International Crisis Group and the United Nations. He doesn’t provide a blindly negative or positive analysis of the region; rather, he steps into the debate about what has gone wrong by putting it into an historical context. What he ultimately offers, after a rather pessimistic tour of the region, is an optimistic possibility for the region that would require it to look back in time.

Pelham argues that sectarianism is the key to understanding both what has gone wrong with the region in recent times, and what could fix it. He shows that sect has become an overstated and abused part of identity politics, with twentieth-century secular nationalist leaders either trying to deny the region’s religious – and religiously tolerant – heritage, or using sect as a tool to mark themselves out or legitimise their rule. The results were territorial exclusionism, sudden new suspicions and hostilities, and more inward-looking and repressive governments. Islamic State represents the most extreme case, with its medievalist brutality not only towards non-Muslims, but even more so towards Shia. But Pelham’s critique covers much of the region: the Syrian and Yemeni civil wars are tainted with sectarian hostility, and tensions and suspicions between sects and ethnic groups is a feature of politics from Afghanistan to Bahrain to Lebanon.

In making these points, Pelham argues – a little too earnestly perhaps – that the inclusivist ways of the Ottoman Empire are a partial solution to the region’s maladies. The Ottomans were Sunni Turks who ruled much of the region from the 1500s to the end of the first world war, although they spent the better half of that time in decline as European power grew in the seventeenth and eighteenth centuries. Pelham argues that this Ottoman-era tolerance is the real tradition of the region, not the hostile and divisive intolerance that is now so ubiquitous.

The Ottomans had a remarkably liberal political and social outlook compared to most of the region today: key political figures were Christian, for example; European culture was sought out and often embraced; and a great deal of power was devolved to religious communities. This was not egalitarianism, Pelham is quick to stress: non-Muslims were a special, submissive category at most times, paying a special tax and sometimes lacking equality in law. They were the source for slaves and concubines, but even then, as Pelham argues, there was social mobility: “From the lowliest captive, a slave girl could rise to the most powerful person in the empire [as the mother of a Sultan]; an Albanian guttersnipe could become a grand vizier.”

This is largely true, but Pelham probably stretches this claim to breaking point. The Ottomans were indeed remarkably open-minded, and some of their cities at times were cosmopolitan, even by today’s measure. But while Christians and Jews were accepted by the Ottomans, others – especially polytheists – were not. In giving Muslims more rights than others, the Ottomans were also seeking to convert non-Muslims. These non-Muslims also had many social outlets closed to them, from mosques, perhaps fairly obviously, to less obvious places such as coffeehouses, which undermined their ability to build the same social, political and commercial connections enjoyed by Muslims. Muslims rioted in some cities when, in the mid eighteenth century, the Ottomans announced plans to give all citizens equality under the law.

As the empire weakened, communities became increasingly isolated from each other. The education system split into a dual system, one of them provided by the Ottoman rulers and a separate set of schools funded by minorities and outside powers. And at times there was communal conflict: Christian–Druze conflict in Lebanon in 1860, for example, and most infamously, the massacre of Armenians by Ottoman officers during the first world war. Overall, though, the Ottomans were more tolerant and inclusive than much of Europe, but not as much as, say, post-revolutionary France, or arguably even nineteenth-century Britain.

Pelham’s argument is that the region needs to recapture the sort of tolerance and communal inclusiveness that very broadly and commonly marked the Ottoman Empire. He gives some examples of how some of this tolerance already exists, but is rarely reported on. He cites a firebrand Hamas preacher who spouts vehement Islamist rhetoric yet also has a noteworthy tolerance towards other “People of the Book” (Jews and Christians). He discusses the Shia holy city of Najaf, in southern Iraq, where around a quarter of marriages still cross sectarian lines – and given Iraq’s recent history of civil conflict, this is indeed extraordinary. He looks for hope in the words and actions of Jewish, Armenian and other groups as well.

But is there really hope to be found? Can the region return to a decentralised pluralism and the more tolerant communal relations that were once routine there? Certainly, Pelham should be lauded for offering a rich argument that it is possible, and it’s true that there are plenty of examples of communal harmony and inclusiveness in the region if one is willing to look for them. But the possibility that the region can revert to what it once was, after so much conflict and hampered by so many pressing problems, should not be exaggerated. Unfortunately, analyses such as the latest Arab Human Development Report, along with the nightly news beamed to us from Iraq, Syria, Yemen, Gaza, Libya and elsewhere, provide a pretty strong incentive to keep erring on the side of cautious pessimism. •

Matthew Gray is an Associate Professor in the School of International Liberal Studies at Waseda University.

In their different ways, the trajectories of François Fillon and Theresa May highlight the challenges facing Europe

Not a man who gives up: austerity crusader and presidential candidate François Fillon. Rama/Wikimedia 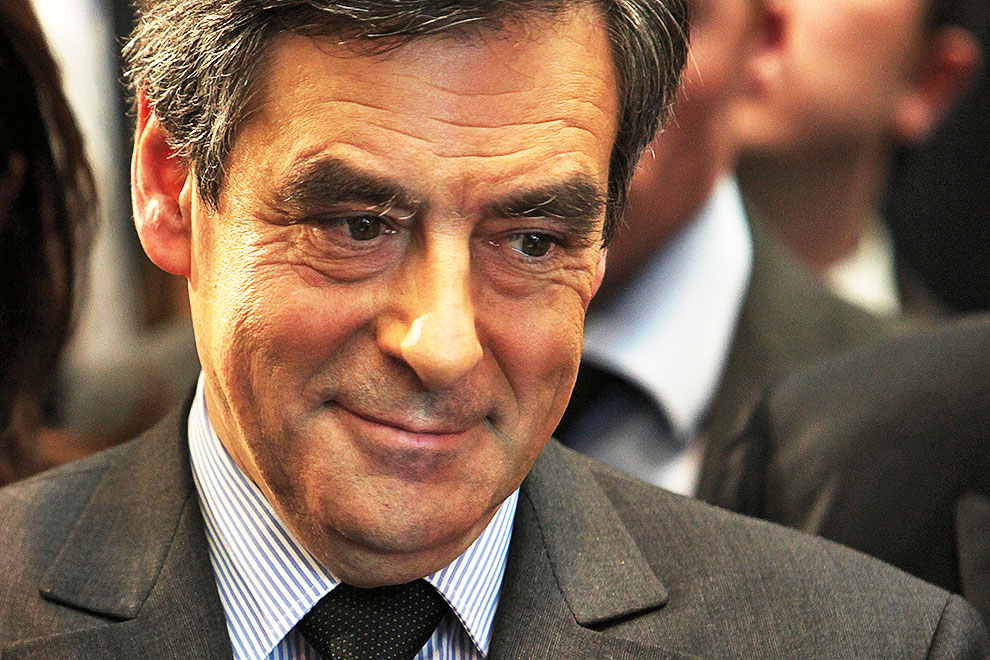 Not a man who gives up: austerity crusader and presidential candidate François Fillon. Rama/Wikimedia