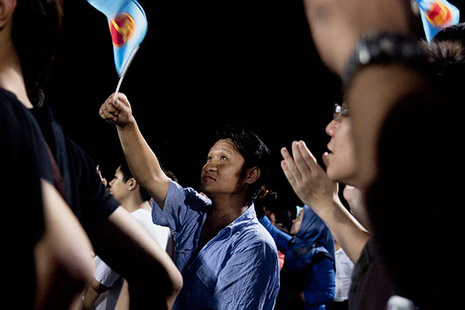 NOTHING stays the same forever, and the 2011 general election in Singapore has hammered home that point emphatically. On the face of it, of course, a party that has held power for more than half a century and has been returned with eighty-one of the eighty-seven seats in parliament seems to have little to worry about. But beneath the placid surface of the People’s Action Party’s majority the tectonic plates are in motion. It was, despite the highly predictable outcome, a most auspicious election.

The final results saw a 6.5 per cent swing against the PAP, giving it a shade over 60.1 per cent of the vote – its lowest since independence – and signalling that many people in prosperous but restive Singapore no longer regard the PAP as synonymous with their city-state. The PAP is not accustomed to setbacks, so the defeat of the high-profile and highly regarded foreign minister George Yeo is a new experience for the group referred to as “the men in white.”

Singapore’s electoral system is complex. The eighty-seven seats in the parliament’s single chamber include twelve electorates with one MP, two with four MPs, eleven with five MPs, and two more with six MPs. Each party slate in the winner-takes-all, first-past-the-post ballot must be multiracial to help preserve overall representation of Singapore’s ethnic diversity.

The opposition Workers’ Party gained its six seats by winning one single-member constituency and one five-member constituency. The latter is part of the multi-member constituency system introduced two decades ago by the PAP as a means, ironically, of locking opposition parties out. On the Workers’ Party’s slate was its glamour recruit, Chen Show-Mao, the head of the Beijing office of the illustrious Wall Street law firm Davis Polk & Wardwell. Taiwan-born Chen, who moved to Singapore as a child, has an academic pedigree in the purple, a trait much admired in Singapore. Educated at Harvard, a former Rhodes Scholar and a graduate of Stanford Law School, he says he was seeking election to ensure good governance for Singapore “through the growth of a competitive opposition that offers a credible alternative to the party in government.”

From the start of the campaign it was clear that this was no ordinary stage-managed and tightly controlled Singaporean election. The number of high-profile opposition candidates was striking. Open debate was more evident than usual in the closely monitored press, albeit heavily larded with suggestions that the PAP equals prosperity and pointed questions about whether Singaporeans who had benefited from government scholarships and jobs were doing the right thing by standing for election under opposition banners.

Social media played a significant role during the campaign – a role with even greater significance given the ban on political advertising and the short but intense two-week election campaign – but it’s unclear what impact it had on the result. One local social-media analyst said he had noticed friends who were generally politically apathetic posting messages from the opposition during the campaign, and detected a clear increase in engagement through shared links and videos.

More than 2.4 million Singaporeans – over half the population – are Facebook users, and a majority of that group is aged between eighteen and forty-four, according to statistics from Socialbakers. Within this group are those born after 1975, Generation Y, who represent one in four voters in a country where voting is compulsory.

The spectacular rise to fame of Nicole Seah gives an idea of the role and possible electoral influence of social media. In the space of a week she went from unknown advertising agency executive to the country’s second-most popular politician as measured by social media activity. Standing for the National Solidarity Party, Seah made a big splash on Facebook, putting her second only to Singapore’s venerable former prime minister (now “minister mentor”) Lee Kuan Yew. As the Straits Times reported, “By 9 pm on Monday, the 24-year-old opposition candidate had amassed 18,900 fans compared to Lee’s 54,000 fans. She had earlier that day overtaken previous runner-up Foreign Minister George Yeo’s 18,700 fans, despite the fact that he had a three-year head start.”

Of course, this kind of exposure doesn’t automatically translate into votes. As it turned out, Seah’s team failed in its bid to unseat the PAP in a five-member constituency, winning 43.3 per cent to the PAP’s 56.65 per cent. Social media’s potency as a platform for political communication, in Singapore and elsewhere, remains to be seen.

A poll taken on the eve of the 7 May election in Singapore offers an intriguing snapshot of current and emerging issues in a country that has known prosperity and stability for decades. The online survey of 522 Singaporeans by respected pollster UMR Research predicted the percentage vote of the PAP with pinpoint accuracy. Broadly, 73 per cent of the sample thought Singapore was generally headed along “the right track,” but strong concerns were expressed over the cost of living and an apparent lack of official transparency and accountability – two issues that overshadowed all others, with 46 per cent nominating cost of living as the most important issue and 29 per cent transparency and accountability.

Assessing the performance of the PAP government, respondents expressed satisfaction with action on jobs and employment, taxation, civil rights, healthcare, education and crime. On the negative side of the ledger came the cost of living, ministerial salaries, housing affordability, the gap between rich and poor, pensions, immigration, government accountability and population growth.

Interestingly, the PAP shared with the Workers’ Party a 55 per cent positive rating, while the negative rating for the Workers’ Party was only 7 per cent against the PAP’s 18 per cent. The Workers’ Party, with its six members, now has a platform on which to build and consolidate support in what is the first inkling of the emergence of a genuine multi-party system in Singapore.

But a party that has held power for so long is not suddenly going to relax its grip, and especially so with the founder of both modern Singapore and the PAP, Lee Kuan Yew, still there to enforce orthodoxy. But even so, change, however subtle and gradual, is in the air. •

There’s a strange silence about the French president’s enthusiasm to intervene in Libya, reports Daniel Nethery in Paris 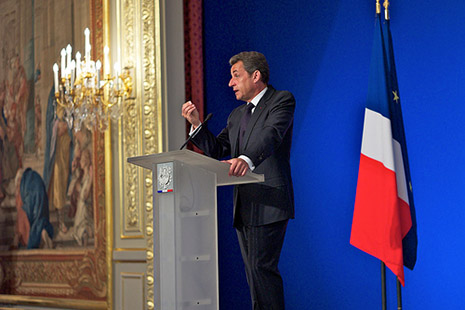