Lost in translation – or should that be transcription? 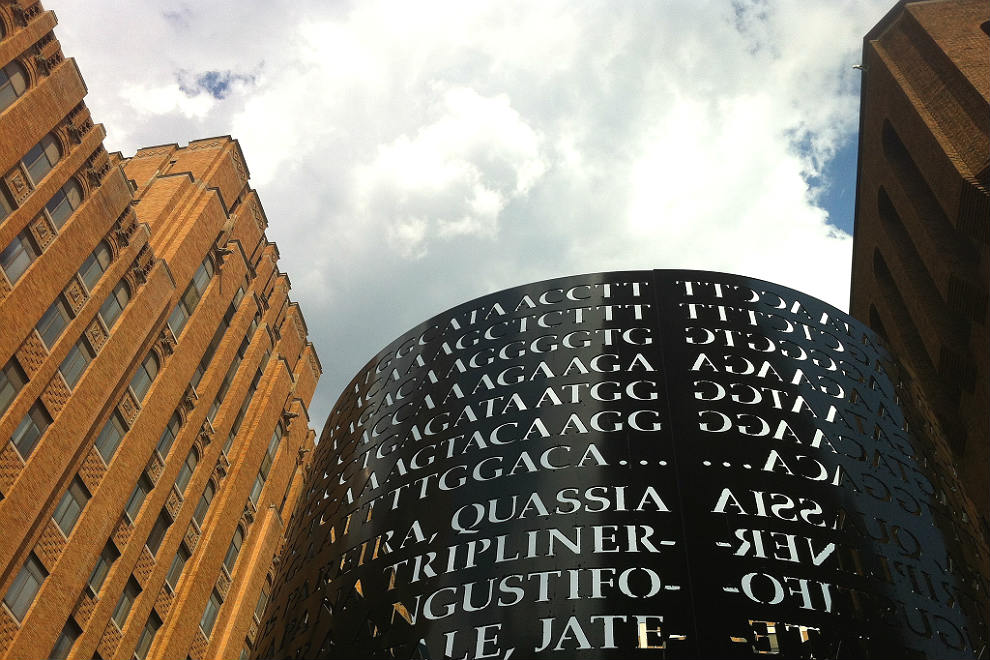 The Genome Factor: What the Social Genomics Revolution Reveals about Ourselves, Our History, and the Future
By Dalton Conley & Jason Fletcher | Princeton University Press | $59.99

The meaner a book review, the more fun it is to read. In the introduction to The Genome Factor, Dalton Conley explains that he and Jason Fletcher came together after he dismantled a paper Fletcher had presented at a conference. Dismantling the book that has resulted – indeed, dismantling anything – is only possible if the thing hangs together in the first place. This book doesn’t. It is more like a trash and treasure market. There are gems here, but also – to the mind of a confirmed reductionist molecular biologist like me – vast stalls offering items that hold little value.

But I must stress that one person’s trash can be another’s treasure. If you enjoy lines like “We show how genotype acts as a prism, refracting the white light of average effects into a rainbow of clearly observable differential effects and outcomes,” then you are going to find a lot to enjoy in this work. For the sake of sport, let’s start with what I considered to be the trash and then come to the treasure.

For a molecular biologist, attention to detail is important. One single error in a gene, like an error in a computer code, can kill everything. Everyone makes mistakes and pedants (like me) take an embarrassing degree of pleasure in pointing them out. To be fair, there aren’t too many mistakes in The Genome Factor, but the ones on display are beauties. On page 36, Huntington’s disease is given as an example of a recessive genetic disorder. In reality, Huntington’s is the classic example of a dominant disorder, as is taught in most undergraduate classes. This might just be a slip of the pen but it is akin to messing up the central dogma of modern molecular genetics by getting transcription and translation wrong. That occurs too, on page 197, where nonsense mutations are said to block transcription when they actually stop translation.

The book’s embedded confusion about natural selection, evolution and genetics is more worrying. On page 6, the old argument about dilution of genetic advantage in each generation is brought up, this time by analogy to a card game called Pass the Trash. Even if you receive a royal flush in this game, you lose some of those cards in the next round – just as you can only pass on half your genes to your children, diluting their effect and giving your kids “no particular genetic advantage.” This criticism of the idea of evolution was levelled at Darwin himself, but it was resolved after Gregor Mendel showed that specific genes could encode features, essentially autonomously, across generations, which means that blending and dilution don’t undercut evolutionary progress. Even if you only have half a royal flush, you still hold important cards. Of course, the authors are aware of this, and elsewhere they explain that “if every gene depended on ten others, evolution would be pretty constrained.” Including these conflicting explanations makes the text very confusing.

But there’s more. The most puzzling chapter comes with the provocative title “Is Race Genetic? A New Take on the Most Fraught, Distracting, and Nonsensical Question in the World.” This certainly is a fraught question, and innumerable ill deeds have been perpetrated in response. But I was surprised to see it described as a “nonsensical” question. Perhaps we should avoid it, but I didn’t expect it to be eliminated before the chapter had begun. By page 94, the verdict is in: “Race does not stand up scientifically, period.” (Back on page 7, it was described, with emphasis, as “just plain wrong in genetic terms.”) Part of me was relieved, but then a few pages on I am invited to “compare Pygmies and Bantus… Inuit and Swedes.” My mind is swimming as I struggle to compare things that don’t exist scientifically and to cleanse myself of my own recalled observations of the rich diversity of this imperfect world.

But terminology is there to help me. Although it appears that race is scientifically invalid, we discover on page 101 that “self-identified” and “self-reported” race, “continental ancestry,” “race groups” and “continental clines” are useful classifications. There is a valid point being made here, and the term “continental ancestry” is certainly better than “race.” Then, on page 111, everything becomes clear. The authors explain that it is not race itself but the “common government definitions of race” that are “flimsy” and “the notion of continental ancestry having distinct genetic signatures is a biological reality.” From the perspective of researchers working in the United States – where residents and visitors are frequently asked to tick boxes declaring “Caucasian,” “Hispanic,” “African American” and so on – I guess this chapter may make some sense, but I do worry that many readers will be as confused as I was by the linguistic somersaults performed to avoid the fraught topics raised in this chapter.

We’re nearly at the end of the “trash” section. Another aspect that I didn’t like but others might enjoy was the authors’ festival of “straw man” burning. I am not sure if it was regarded as a straw man at the time, but the controversial 1994 book by Richard J. Herrnstein and Charles Murray, The Bell Curve, certainly preoccupies the authors. As far as I can discern, this is a nonfiction equivalent of Aldous Huxley’s Brave New World. I believe it made a major impact on publication, but I am not sure if it is still driving agendas in the social sciences. Nevertheless, refuting it seems to be a major motivation behind The Genome Factor.

But that’s not the only straw man. I jotted the words in the margin each time I came across a case. On page 35, we hear that “it was silly of scientists to think they would find the gene… for sexuality or for IQ.” I am aware of no scientist, alive or dead, who has been that silly. The idea has always been to see if one could identify genes that had an impact in those characteristics. Given the extensive achievements in the genetics of mental retardation, for instance, you would have to conclude that many such genes have been identified.

Next Conley and Fletcher refer to the fact that a “small group of social scientists” are proposing a set of “explosive ideas” about how genetics and biology may partly explain the economic success of different countries. We are told that the work is “yet to coalesce around version 1.0.” Personally, I don’t think scholars dealing with economics and politics are likely to be put out of a job by population geneticists any time soon. But there’s more, even including a discussion of whether different genetic groups go to war more frequently. On this point, the authors find that, in fact, related groups fight more often – perhaps because they are neighbours.

The final criticism I would make is that Conley and Fletcher’s enthusiastic language sometimes sounds good but doesn’t make much sense. When thinking about behavioural genetics, we are told, it is not “genes or environment” but “genes times environment.” Later, in a key section on genome modification, we receive the cheerful challenge: “Unhappy with your APOE4 [Alzheimer’s susceptibility gene] variant… Change it?” A molecular biologist like me wonders how, even with the remarkable new tools such as CRISPR, we would go about changing a gene in every cell of a living human body. This is crazy talk.

But we can forgive much of this because in every market there are treasures. I really liked the chapter on genotocracy. You have to think about Andrew Niccol’s film Gattaca here – about the benefits and the dangers of genetic pre-judgements (and prejudice). The belief that many people – perhaps everyone, at birth – may one day have their genomes sequenced and that hackers may release this information is probably realistic. Like the authors, I have concerns in this area. They don’t say this specifically, but I don’t think there will be much good news in genomes. Current genomics tends to focus on bad news – identifying genetic disease genes or risk of disease – which means that leaked genetic information is unlikely to reflect well on the individuals concerned. I do think that assigning genetic scores to things like “educational promise” and even “athletic promise” could be self-defeating, and the authors are right to highlight the issue. The section on genome modification with CRISPR is a bit odd in some places – changing a single disease-causing letter in the genetic code hardly makes “genetic history irrelevant in a tangible way” – but the new technology will certainly have profound effects.

To me, the epilogue – Genotocracy Rising, 2117 – is even better. Here, the prospect of parents having embryos sequenced before implantation is raised. I think this is possible and it could have major effects on society. The authors fixate a little on parents choosing the embryo with the highest IQ. The “cult of IQ worship” is certainly a problem: IQ is not more important than other qualities like empathy, sociability or even honesty, but it does already seem to be influencing people’s career prospects disproportionately. I don’t think it will be possible for parents to optimise their children’s IQs or beauty or personality any time soon – these things are just way too complicated and parents will only ever be able to choose between a handful of embryos – but I do think pre-implantation diagnosis will be used to reduce serious single-gene genetic disease.

Finally, the impact on society depends on scale and penetration. Already, the ultra-rich have all the advantages of the super-powerful – if you want to be president or a Hollywood star, it helps if your parents or partner was one of those things. But since most people are not in this super-elite category, the stratification – while real – doesn’t penetrate at every level. I think it will be the same for genotocracies – there will be some stratification but it won’t permeate all of society. Consequently, I am more relaxed about the future than either the authors of this book or those of The Bell Curve appear to be.

In other words, if you enjoy reading about the future, then you’ll find this book easily digestible and fun to read. But I wouldn’t lose much sleep over it. •

Merlin Crossley is Professor of Molecular Biology and Deputy Vice-Chancellor (Education) at the University of New South Wales.

Energy security: a litmus test for the PM and his deputy 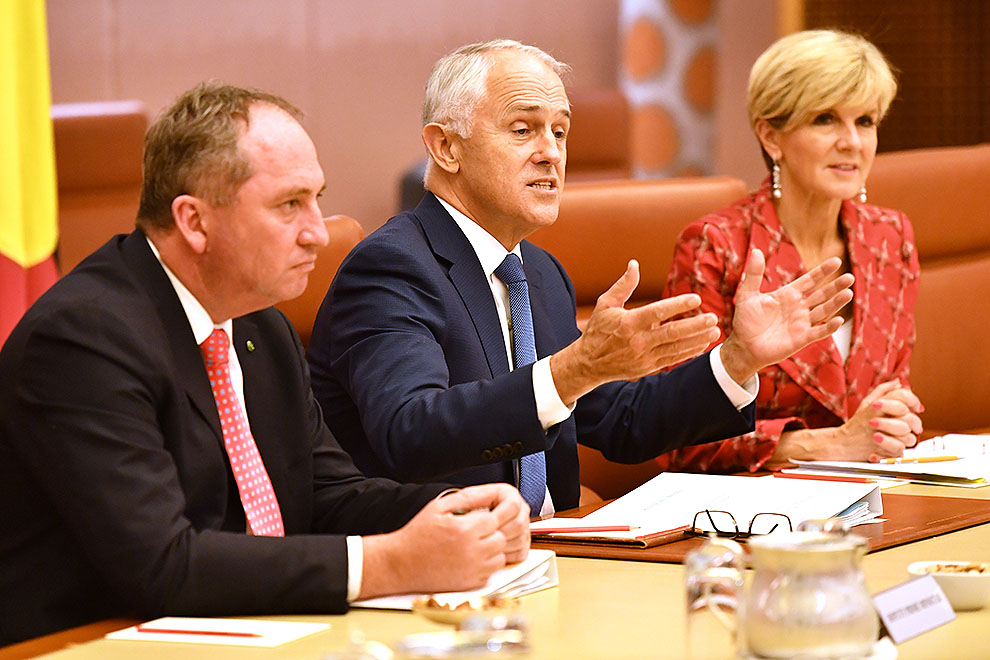