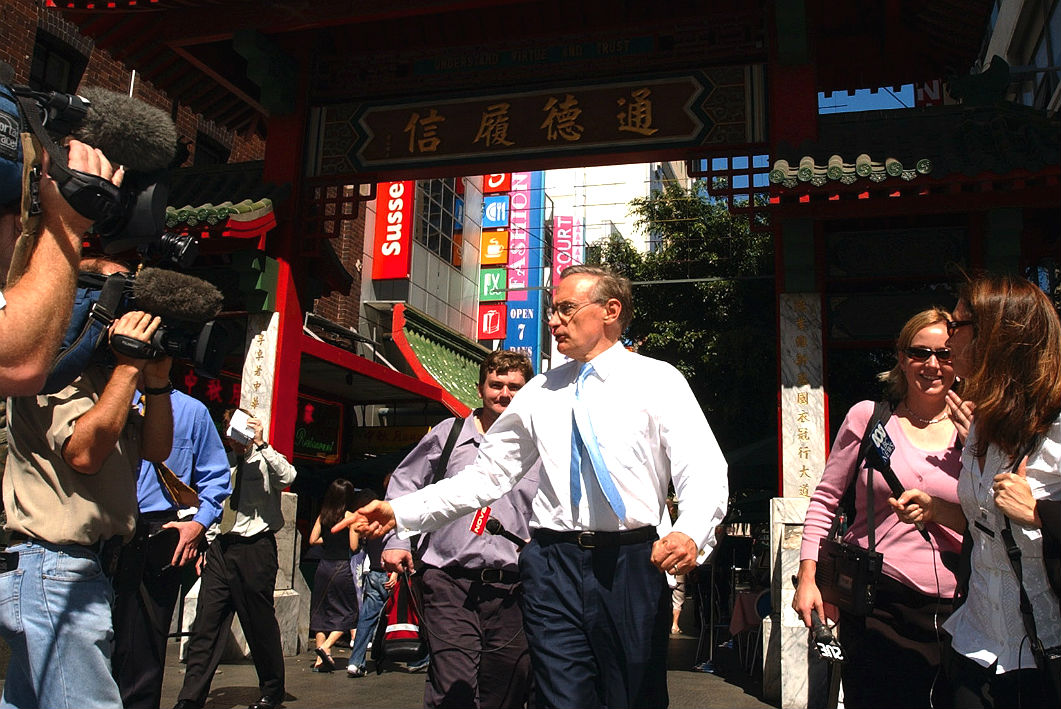 I am always a little wary when approaching a book that has the word “truth” in its title. It’s a risky claim for any author. But Tom Gash has produced a significant piece of criminological writing that does, indeed, use a wide variety of statistics and arguments to highlight the inadequacies of many of the views about law, order and justice touted by parliamentarians (and the average voter) today.

The focus is no surprise, as Gash was very much caught up in the world of politics as an adviser to former British prime minister Tony Blair. In 1995, as Labour opposition leader, Blair had set out a law-and-order agenda premised on his now famous “tough on crime; tough on the causes of crime” mantra. With this backdrop, Gash sets out to test the theories and explore the practice. He does it very well.

This is not a book that will appeal to all criminologists, especially not those who wrestle with perspectives strongly rooted in postmodern theory. One can safely place it in the “crime science” category — often disparagingly referred to as “administrative criminology” by those more loyal to theories of criminality than to theories of crime. Gash draws significantly on the work of crime scientists Ron Clarke, Pat Mayhew and Richard Wortley, each of whom believes that we cannot truly undertake criminological research unless we focus on the crimes themselves, rather than primarily on the people who engage in them. Crime science theorists ask us to look at the many ways in which society advertently and inadvertently creates opportunities for crime that motivated offenders can then exploit.

While I am personally more drawn to theories of criminality, I don’t dismiss the crime science approach at all. And this book has two other virtues: it is a pleasure to read, and its arguments are easy to follow. It will thus appeal to a wide range of readers who might normally retreat from anything more theory-laden.

I wouldn’t be surprised if the author or his publisher were tempted to call the book Crime: Myths and Realities but mercifully rejected that option. That’s the approach the book actually takes, with each chapter introducing a truism about crime that the author then dispels, or at least gives good cause for treating sceptically.

Those truisms will be familiar to most of us: that crime is rising; that once a criminal, always a criminal; that criminals will stop at nothing; that organised crime is big, bad and booming; that biology determines criminality; that poverty is the real cause of crime; that immigration increases crime rates; that we need more bobbies on the beat; that tough sentences are a sure-fire way to deter crime; that leopards can’t change their spots; and, finally, that we need radical reforms to reduce crime. As one can see immediately, there is no strongly “left” or “right” agenda here; there is no conservative nor liberal “bent” in Tom Gash’s writing. His is pretty much a middle-of-the-road viewpoint.

One aspect that I did very much enjoy was the emphasis Gash places on the features of people’s lives that may militate against their engaging in anti-social conduct. I first came across this line of argument when I was researching bail and remand two decades ago. It was more instructive, my colleagues and I determined, to find out why people were likely to respond to their bail conditions rather than determine why people were unlikely to respond when required. Tom Tyler followed the same premise in his watershed study on legitimacy theory, entitled Why People Obey the Law. Gash, likewise, highlights the importance of asking why children, for example, stop exhibiting bad behaviour early in life rather than why they offend in the first place. It is an important, albeit counterintuitive, question.

Another theme that runs through the book, and which resonates with me, is that people drift in and out of crime. It is a myth to suggest, as populists often do, that there are evil people who need to be separated from the rest of us good people. It is a myth because sometimes very good people do bad things, and vice versa. We also need to be constantly reminded that perpetrators of crime have often been victims themselves. There are very few dichotomies in the hallways of criminal justice. To that extent, I particularly enjoyed Gash’s debunking of gene theory (the notion of the “born criminal”) and his complete dismissal of any suggestion that allowing the general population to carry firearms will make our streets safer. The mantra of the National Rifle Association that “the only way to stop a bad guy with a gun is a good guy with a gun” is exposed as complete fantasy.

Gash despairs, as many criminologists do, about the inappropriate and counterproductive way in which the media typically report crime. Poor reporting, in turn, leads to myth-based decision-making, where, as he explains, “policy [is] framed for the world portrayed by the media rather than the complex world we actually live in. Never is this truer than in a crisis — because unlike knee-jerk legislation, sensible measures take time to implement.”

It’s true that we need to do crime reporting better, and it’s not such a difficult task. The difference between reporting that is educative and reporting that is misleading is found in the ability of the reporter to understand the issues. An editor doesn’t (or at least shouldn’t) send a science writer to do a story on sport, nor a non-economist to report on a budget. The idea that “anyone can do a crime story” has to change. Better training of journalists in crime statistics and the evaluation techniques of criminologists would improve the ability of reporters to be discerning in their reporting, and not simply regurgitate the data that they have been fed from various (often politically charged) sources.

A crime-prevention focus flows through Gash’s discussion and into the conclusion of the book. He believes, as I do, that we can, with appropriately directed resources, turn broken lives around; we can divert young people from careers in crime; we can do our policing more effectively; we can assist young families to cope with the vicissitudes of life; we can bring stability to dysfunctional families; and we can relieve current levels of victimisation. But that can only happen if it is accompanied by sufficient political will.

On the subject of political will, I am reminded of my experience in observing the lead-up to the March 2003 NSW state election. At about that time, results had begun to emerge from studies of family group conferences (an initiative that diverts young people away from court and into dialogue sessions with victims and counsellors) that there had been reductions of some 15 to 20 per cent in juvenile reoffending across different offence types, and that these reductions had occurred regardless of the gender, criminal history, age and Aboriginality of the offenders.

This was a success story that we might have expected to hear booming from parliamentarians in the Labor government of Bob Carr. But nothing was said about these results in the weeks before the poll. “Justice” announcements were confined to policies that spoke of more police on the streets and longer sentences for offenders. The government remained quiet about the initiative because it was unsure whether touting what might be perceived as being “soft on crime” would jeopardise its political survival. It need not have been so timid. The evidence is that voters are prepared to consider alternatives to harsh sentences if they are shown to be effective, and if they lessen the chances of revictimisation.

To that extent we, as citizens, need to challenge ill-founded populism more boldly. We need to tell our representatives that they can build long-term social investment into criminal justice policy-making without risking electoral backlash.

I enjoyed this book immensely. It has enough theoretical material to keep serious criminologists like myself interested in its conclusions. While it is not identified as such, theory does appear throughout these pages. The book drives across the landscapes of strain theory, labelling theory, career paradigm theory, rational choice theory, developmental studies, social control theory, drift theory, and social organisation theory. There is a hint of postmodern thought in the form of conflict theory and critical criminologies in the author’s discussion of policing practices, too, although they are not identified as such.

In so far as it tackles major crime and justice questions in an intelligent and readable fashion, the book is essential reading for any person who needs a handy guide to the crime and justice landscape. I recommend it without reservation as a valuable addition to modern criminological literature. ●

Marriage equality gets a Yes; uncertainty strikes in Bennelong

Both votes are a test for the government, but the second has suddenly become less predictable 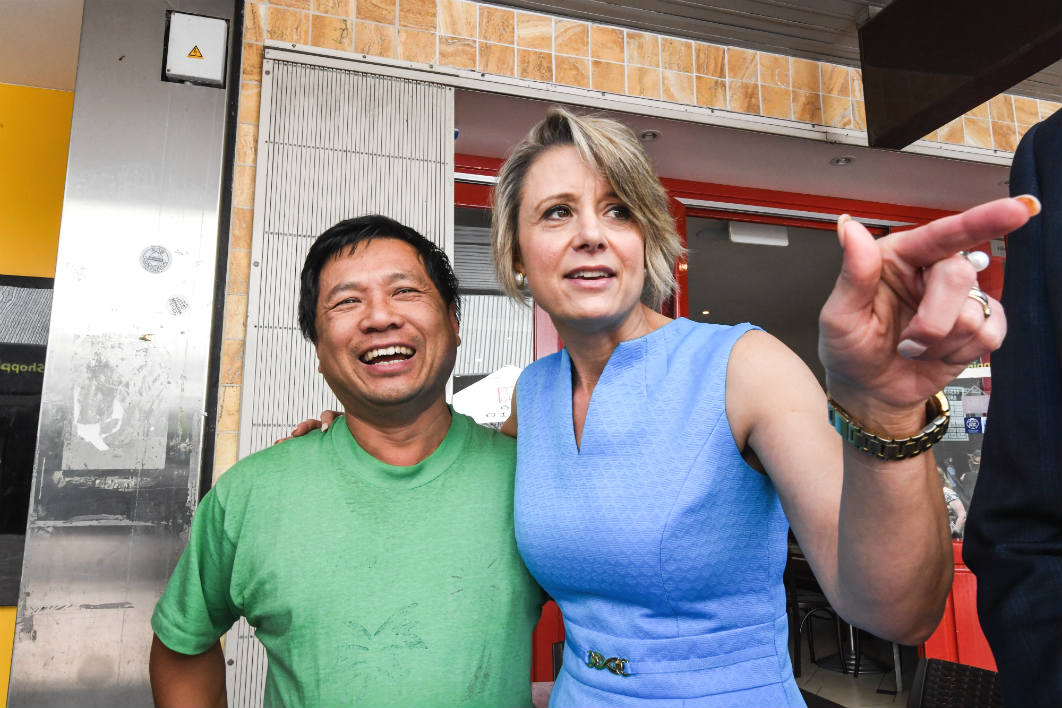