Malcolm Turnbull’s announcement misunderstands Uluru, and should be rejected 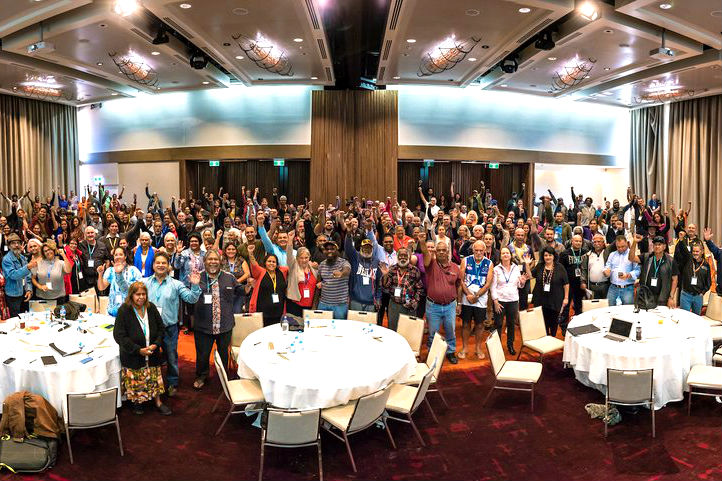 A way ahead: participants at the Uluru conference in May this year. Referendum Council

According to the prime minister, cabinet “carefully considered” the proposal before rejecting it. But his statement gives very little evidence of this having happened. Rather, the government appears to have misunderstood or misrepresented — whether intentionally or not — the nature of the proposal. We must all implore cabinet to reconsider.

The key to the issue is the government’s labelling of the proposal as a “radical change.” In fact, it is less radical than many options put forward in recent years, including the recommendation for a racial non-discrimination clause to be inserted in the Constitution. It is also more consistent with our constitutional system, in which parliament has primary responsibility for protecting rights. Indeed, constitutional experts including Laureate Professor Cheryl Saunders have argued that the recommendations are “modest” in constitutional terms.

The government rejected the proposal, it said, partly because of a lack of detail about how the body might be elected. Yet it misrepresented the agreed features of the proposed body. “It would inevitably become seen as a third chamber of parliament,” the government claimed, and this would undermine “the universal principles of unity, equality” and “one person one vote.” Neither of those claims is true.

The plan is not to create a “third chamber of parliament” in which new legislation is introduced, publicly debated, and potentially voted down. It is far more modest: to create a representative body that will ensure Aboriginal and Torres Strait Islander views are sought on proposed legislation that will affect their interests. Once this is understood, it is clear that the proposal does not undermine the equality of our constitutional system or the notion of “one vote, one value.”

It is important to remember that Australia would not be breaking new ground if it adopted such a proposal. Many other countries have structures that facilitate Indigenous participation in governmental and legislative decisions, including the Sami parliaments in Sweden, Finland and Norway, and the Māori seats introduced in New Zealand back in the middle of the nineteenth century.

The Uluru proposal undoubtedly needs filling out. But it is simply not correct to say that there is insufficient detail for the model to be considered by the Australian people. Leading constitutional experts, including Anne Twomey, Rosalind Dixon and Megan Davis, have drafted constitutional text that would enshrine this body.

Once adopted constitutionally, the detail of the body would be decided on by parliament. Indeed, this is one of the strengths of the Uluru proposal: it respects the sovereignty of parliament and avoids creating a rigid structure that can’t be reformed later if experience demonstrates the need.

In determining the detail, the government could engage with the wealth of thinking that has already been done (indeed, there have been entire reports, conferences, workshops and special editions of journals dedicated to this very issue), as well as facilitate further dialogue with Aboriginal and Torres Strait Islander peoples.

Rather than affronting equality, the new body would reflect the internationally recognised right to self-determination. As the UN Declaration on the Rights of Indigenous Peoples states, “Indigenous peoples have the right to participate in decision-making in matters which would affect their rights, through representatives chosen by themselves in accordance with their own procedures.”

I can think of no clearer, simpler and more direct way of doing exactly this than the Uluru Statement’s call for a voice to parliament. It came out of a series of Indigenous-designed and Indigenous-led dialogues that culminated in the National First Nations Constitutional Convention at Uluru.

Surprisingly, the government also misrepresents this process. In its press release, it states that the proposal “is new to the discussion about constitutional change, and dismissed the extensive and valuable work done over the past decade.” While it may be true that the Uluru Statement did not adopt the recommendations that were made in previous reports, this was not because it failed to consider those reports and recommendations.

In the regional dialogues held across Australia prior to the Uluru Convention, Aboriginal and Torres Strait Islander delegates were given detailed written information and shown videos explaining these recommendations. Constitutional experts detailed the recommendations and options for reform, and spent significant time answering questions. In each dialogue, a series of working groups considered the possible benefits and disadvantages of each option.

In every dialogue, following this careful consideration, previous recommendations were rejected in favour of reform that would lead to political empowerment. In each case, the need for a political voice emerged as a priority, and it went on to be unanimously adopted at the Uluru Convention among applause and tears.

The government claims that it recognises the desire for Aboriginal and Torres Strait Islander peoples to have a greater say in their own affairs, that it understands their feeling of voicelessness. But it is using its own voice to drown out the voices of Indigenous Australians. Such an approach can never lead to true self-determination. It can only perpetuate voicelessness.

To achieve genuine reconciliation, the relationship between government and Indigenous Australia needs to be reset. It needs to be governed by a deep-rooted sense of respect, justice and good faith. It is with these values that Indigenous Australia approached the task they were given at Uluru. Now, we, the people of Australia, should reject the government’s purported rejections of the Uluru Statement. We must call on the prime minister to reconsider the call for an Aboriginal and Torres Strait Islander voice. ●

Gabrielle Appleby is a constitutional lawyer working at the Gilbert + Tobin Centre, University of New South Wales. She provided pro bono legal assistance at the Referendum Council’s Regional Dialogues and the Uluru Convention.

What does the High Court’s decision in the Lapoinya Forest case tell us about its evolving attitude to free speech?

Forest or workplace? Former Greens senator Bob Brown during the January 2016 protest that resulted in his arrest. Forests of Lapoinya Action Group/AAP Image 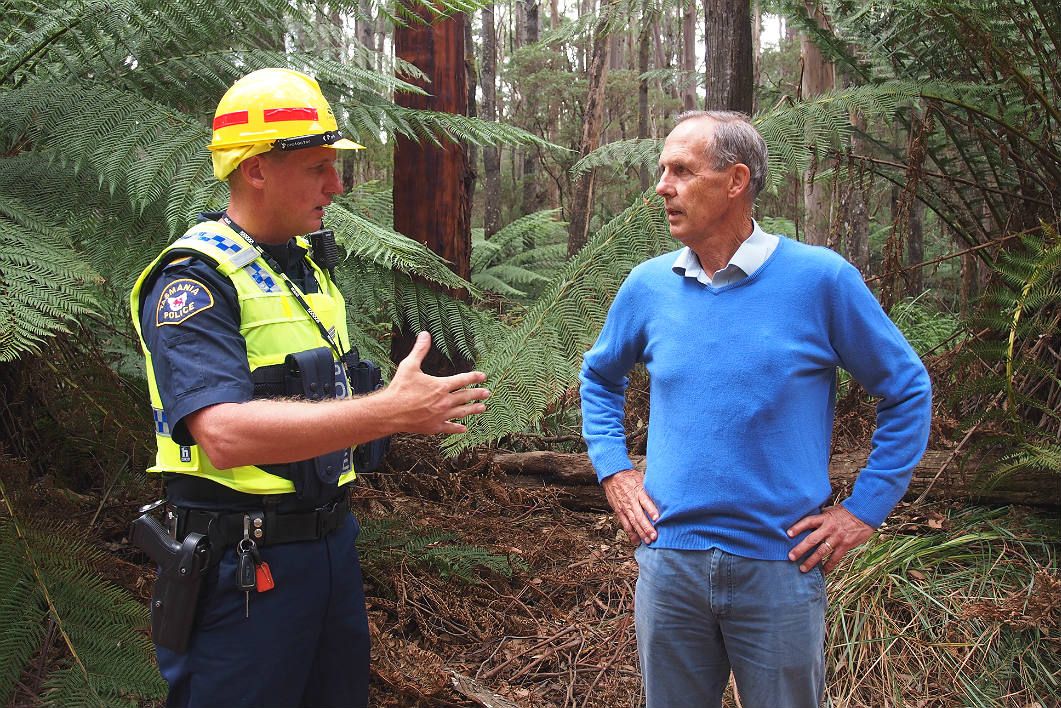 Forest or workplace? Former Greens senator Bob Brown during the January 2016 protest that resulted in his arrest. Forests of Lapoinya Action Group/AAP Image