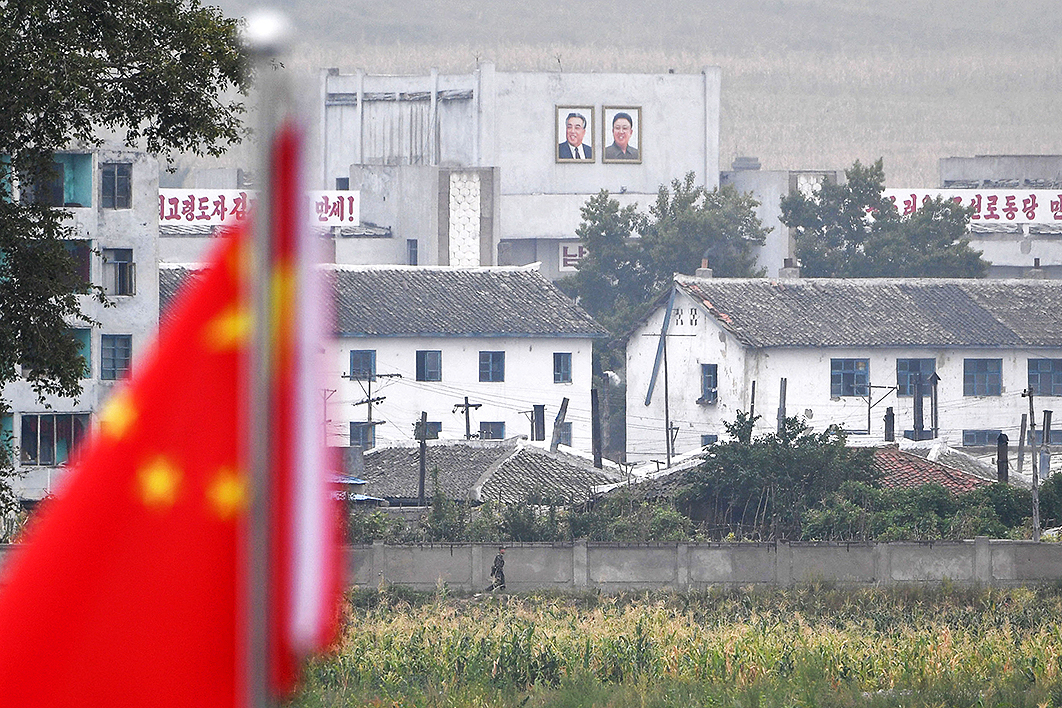 Wary neighbours: the view across the North Korean border from Tumen, in China’s Jilin Province. Kyodo

North Korea’s latest nuclear test — this time a more powerful hydrogen bomb, according to the government in Pyongyang — has again put China in the spotlight. Donald Trump calls it an embarrassment for Beijing, and Malcolm Turnbull argues that China has the greatest leverage over North Korea and therefore bears the primary responsibility for reining in its wayward client state.

For its part, the Chinese foreign ministry issued a strong statement in the aftermath of the North Korean test, calling it unacceptable and expressing resolute opposition. But Chinese diplomats caution against any further escalation of an already tense situation, emphasising that diplomacy is the only way to deal with the North Korean nuclear impasse.

As the UN Security Council deliberates on a new round of sanctions against North Korea, the questions that remain all seem to revolve around what Beijing would and should do next. The expectations and reasoning are understandable — after all, China supplies over half a million tons of crude oil to North Korea each year, and over 90 per cent of North Korean trade is with China. In other words, China has significant leverage.

But the belief that Beijing should act to rein in Pyongyang must be placed within the broader context of three factors: China’s strained relationship with North Korea, its strategic interest in developments on the Korean Peninsula, and the state of US–China relations. To a significant extent, these will determine Chinese policy options and how they are implemented.

It would be a stretch to suggest that Beijing and Pyongyang maintain a normal relationship, let alone a cordial one, notwithstanding the fact that China’s only formal alliance with any foreign state is its 1961 treaty with North Korea. In recent years, Beijing’s experience in dealing with its erstwhile junior ally has been frustrating. Pyongyang’s reckless behaviour and endless provocations not only undermine Chinese security interests but also cause Chinese leaders to lose face. The Chinese government’s participation in sanctions against North Korea further strains its ties with the North; North Korean provocations and threats strengthen US alliances with South Korea and Japan. At the same time, the deployment of the THAAD missile defence system by the United States and South Korea has not only strained Beijing’s relationship with Seoul but also poses a serious threat to China’s limited nuclear second-strike capabilities.

This complex of factors should be sufficient reason for Beijing to desert Pyongyang or, at a minimum, to punish it for its behaviour. One option would be to reduce, withhold or cancel altogether the financial assistance, food and energy supplies, and bilateral trade that allows the regime in Pyongyang to earn foreign currency, which provides a lifeline to the regime and funds its nuclear and missile programs.

Beijing has not yet taken drastic steps, as urged by Donald Trump and Malcolm Turnbull, because they could have significant — and largely negative — implications for its strategic interests. China’s perspective is informed by a number of factors. First, while it opposes North Korea’s nuclear and missile programs, it views them as a symptom rather than the cause of Peninsula instability. Without fundamentally addressing North Korea’s security concerns, it will be difficult to convince Pyongyang to give up its weapons programs, which it sees as its only guarantee of security.

Beijing therefore continues to place great emphasis on the need for a diplomatic solution through dialogue and negotiation. China helped to initiate the trilateral dialogue and subsequently hosted the Six-Party Talks between early 2003 and late 2008, at which point the multilateral negotiation process collapsed. Over the past decade, as North Korea has persisted with its nuclear and missile programs, Beijing has joined the international community in imposing increasingly stringent sanctions. These have included the cessation of imports of coal, iron ore and seafood from North Korea, and suspension of Chinese financial dealings with and within North Korea.

In recent months, Beijing, along with Moscow, has proposed a “dual freeze,” under which North Korea would suspend its nuclear and missile tests while the United States and South Korea do the same with their annual military exercises. This, Chinese diplomats suggest, would reduce tension and provide an opportunity for negotiation, with the ultimate goal of finding a solution to the problem. A sign of China’s continued faith in diplomacy is the recent appointment of Kong Xuanyou, a career diplomat and an assistant foreign minister, to replace Wu Dawei as the new special envoy for Peninsula affairs.

For obvious reasons, China’s primary strategic interest has always been maintaining stability on the Peninsula. Any threat that could result in the collapse of the North Korean regime would create enormous security challenges for China, with massive refugee flows, uncertainty over the custody of North Korea’s nuclear weapons and missiles — not to mention its stockpile of chemical weapons — and the possibility of Korean unification and a US military presence near the Korea–China border. This explains the reluctance of the Chinese leadership to adopt harsh punitive measures, such as cutting off oil exports to North Korea.

Beijing also believes that such measures are not likely — at least for some time — to stop North Korea’s nuclear and missile programs. Pyongyang is likely to have created strategic reserves in anticipation of punitive measures. Given its nature, the regime would give hardly any consideration to the suffering its citizens would experience as a result of harsher sanctions. What is more, such measures would surely turn North Korea from an annoyance to an unpredictable menace.

Chinese policy towards North Korea must also be viewed in the larger context of US–China relations and the strategic rivalry between the two powers over the past two decades. Until and unless Beijing and Washington can reach a workable accommodation, China will have little incentive to push North Korea to the point of collapse. To do so would be to cede strategic ground to the United Sates. Whatever problems North Korean nuclear and missile provocations create for Beijing, these are more than balanced by the distraction and threat they pose to the United States and its allies in the region.

For these reasons, it is unlikely that Beijing will adopt the measures that President Trump prefers. Not even his threat to punish countries that continue to conduct business with North Korea will force China to sacrifice its fundamental strategic interests. This doesn’t mean that China will not resort to stronger measures than it has undertaken so far, but it would be foolhardy to expect Beijing, and Beijing alone, to take the key role in responding to North Korean challenges. That would require much more concerted diplomacy from the international community and especially — its strong rhetoric and frustration notwithstanding — from the United States. •

Jingdong Yuan is an Associate Professor in the Department of Government and International Relations at the University of Sydney.

A civil debate amid the Trumpian tweetstorm 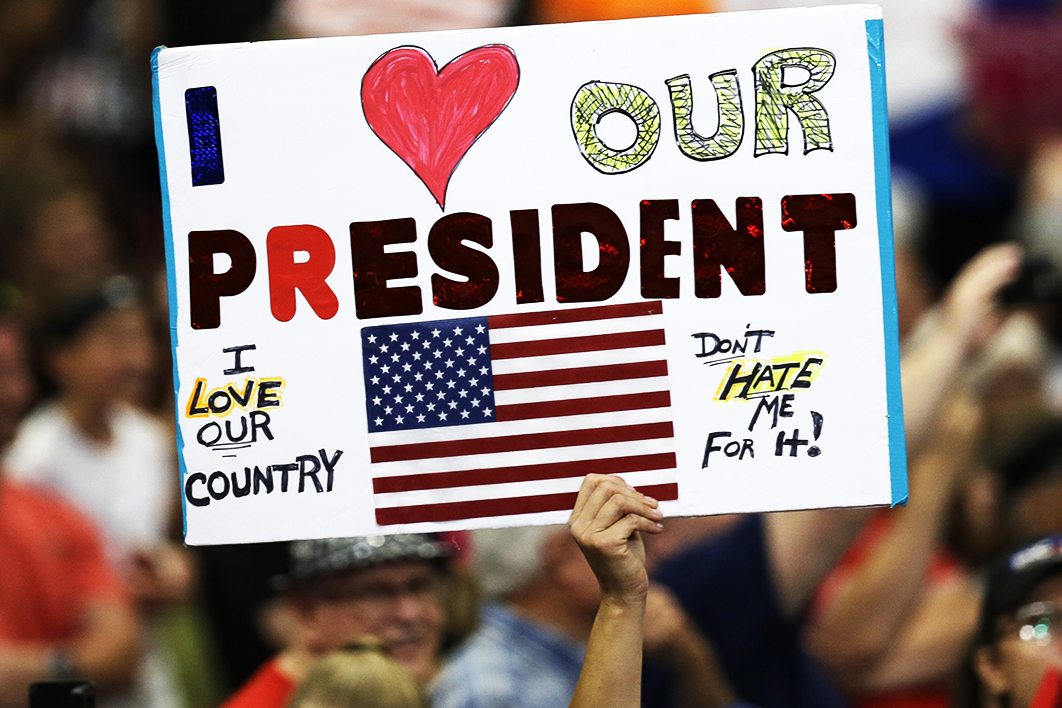