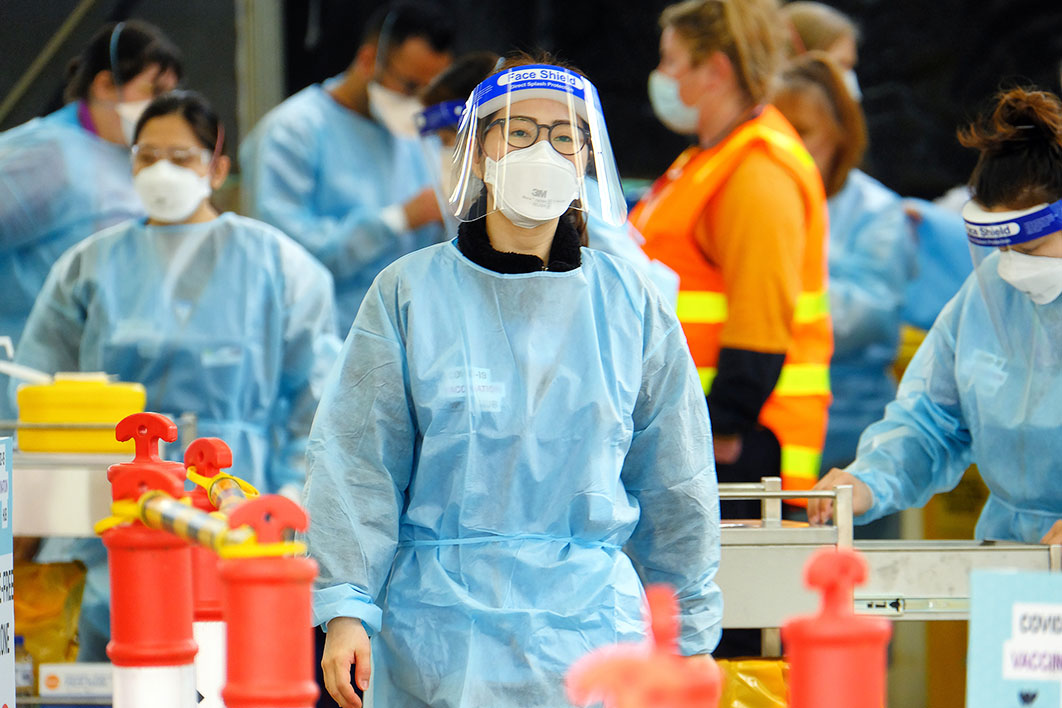 The evidence suggests the countries that have best handled the pandemic so far share two features: effective government and the capacity to adapt. Not surprisingly, countries that failed to plan any sort of response fell into chaos, but the opposite mistake was nearly as bad — sticking rigidly to a playbook devised for another pandemic or failing to respond to the changing dynamics of this one.

For more than a year, Australia’s Covid-19 response has been one of aggressive suppression. State governments did the heavy lifting using border closures and lockdowns to reduce population mixing, and testing and tracing to chase down outbreaks. Then, on 2 July this year, national cabinet agreed to a plan for moving out of aggressive suppression as soon as vaccination rates have sufficiently reduced the risk of hospitalisation rather than of transmission.

Neither the target vaccination rates nor the underlying modelling were made public when the plan was released. As the details have progressively come to light, national cabinet has had to contend with a markedly deteriorating outlook. In retrospect, the end of June was the high-water mark of optimism that Australia could avoid the worst of the pandemic. For ten months, local flareups had been contained, with daily cases rarely reaching double figures and shut down rapidly. Enough time seemed available to make up for a slow start and unfortunate choices in vaccine acquisition, with mRNA vaccine supplies ramping up later in the year — Pfizer/BioNTech progressively from midyear and Moderna from November.

But the writing was already on the wall. “We’re in trouble, now we know the strain is Delta,” observed UNSW epidemiologist Mary-Louise McLaws of the emerging Sydney cluster on 18 June. On the same day the World Health Organization’s chief scientist warned that the Delta variant was “well on its way to becoming the dominant variant globally because of its significantly increased transmissibility.”

Delta is quantitively rather than qualitatively different from its SARS-CoV-2 precursors. Viral load following infection has been measured at 1000 times higher, making it not only more likely to spread but also able to take hold faster, accelerating the onward spread. Children, whose innate immune response kept them largely free of symptomatic disease with earlier strains, are more likely to fall ill.

To some extent, Delta also seems to cause more serious illness and be a little better at evading the protective impact of vaccines. Analysis from Britain, where this variant now overwhelmingly predominates, suggests that hospitalisation is about twice as likely than with the earlier Alpha UK variant. Vaccines still appear to provide around 90 per cent protection against serious illness measured by hospitalisation, with the mRNA vaccines performing slightly better than Oxford/AstraZeneca. But the real-world evidence is still accumulating.

Countries with high vaccination rates — including Britain, the United Arab Emirates, Israel and the United States — have seen surges in Delta-driven infections in recent months. Britain’s two-dose vaccination of the sixteen-plus population has reached 79 per cent, but new daily infections are currently around 40,000, with around a hundred deaths each day.

The Doherty Institute’s model, used by national cabinet to craft the transition plan, was drafted with Delta in mind, drawing on midyear data and models from Britain. But in the absence of more definitive data, it assumed that Delta variants would not lead to higher rates of severe disease than do Alpha variants.

The discussion about Australia’s transition has focused on vaccination thresholds: a solvable problem of aligning supply, logistics and willingness. Vaccine hesitancy has been overblown — an ANU survey shows hardcore unwillingness at 5.3 per cent in mid 2020, in the first phase of excitement at vaccine success, rising to 7.7 per cent in January 2021 as safety questions began to be raised. The small but real risks associated with the Oxford/AstraZeneca vaccine sensibly deterred its use when outbreaks were low, especially among young people; those risks have not disappeared, but the risk calculus has changed with more likelihood of encountering Covid-19. There is every indication that the Australian population has understood the risks and constraints of the vaccination program very well.

But it would be a mistake to imagine that 80 per cent vaccination levels will snap Australia back to a pre-Covid future.

The Delta variant will not be the last to emerge. Natural selection is a cruel master. Delta’s superior transmissibility allowed it to dominate in much of the world, although in Latin America the Lambda variant had already taken much of the territory. Some have suggested that Delta is as transmissible as the virus will ever get, but the balance of opinion suggests that would be foolish optimism. One evolutionary pressure is to transmit more easily, another is to evade immunity.

The race to develop more effective vaccines — including ones that better protect against emerging variants — will continue. Some will be based on mRNA platforms, the most outstanding of the scientific breakthroughs the pandemic has produced. But mRNA vaccine manufacture is formidably difficult, and Australia has only belatedly moved towards domestic production, with Victoria’s “mRNA Victoria” kicked off by $50 million startup funding in May, and a federal government call for market-based proposals.

The need for vaccination to keep ahead of viral variation emphatically goes beyond national borders. Variants emerge in the petri dish of rampant transmission, a vicious cycle that is fuelled by vaccine shortages. Australia’s schedule swap with Singapore for half a million Pfizer/BioNTech doses came just days after the heads of the International Monetary Fund, the World Bank, the World Trade Organization and the World Health Organization called for schedule swaps to be directed to the global COVAX facility and the African Vaccine Acquisition Trust.

Nor are vaccines the only game in town. The medical management of Covid-19 cases has improved, but effective therapies are still few and far between. Antibody therapy, one of the few positive approaches, is inherently complex and expensive. The evidentiary debacles involving hydroxychloroquine and ivermectin have soured the therapeutics landscape, but the inevitability of endemic Covid-19 will demand new drugs.

A future in which vaccination reduces but doesn’t eliminate hospitalisation will also demand more sophisticated social technologies to reduce risk. The early burst of techno-enthusiasm for apps — from contact tracing to remote learning and working — has faded to a weary resignation that the technologies will not live up to the hype. Real progress is a more mundane slog.

More trust will need to be placed in communities, empowering them to make risk decisions. Rapid antigen testing has been a mainstay of Germany’s Covid monitoring, offering cheap and effective detection of infection when it matters — when people are most infectious. Aldi has stocked self-test kits there; why not in Australia? The stranglehold of vested interests — pathology labs, medical providers — needs to be loosened in the interests of a flourishing and nuanced approach to risk management.

Neat dichotomies are the enemy of the type of adaptability that complex systems need to deal with new and uncertain threats. Covid-19 has not set up a contest between freedom and imprisonment. It has created an uncomfortable and difficult reality that will continue to change. Making the best of it is the best we can hope for. •

The former NSW premier’s time in office was dogged by allegations, but do they stand up?

Neville Wran back in the office after being exonerated by the Street royal commission in July 1983. Stuart Menzies/Newspix 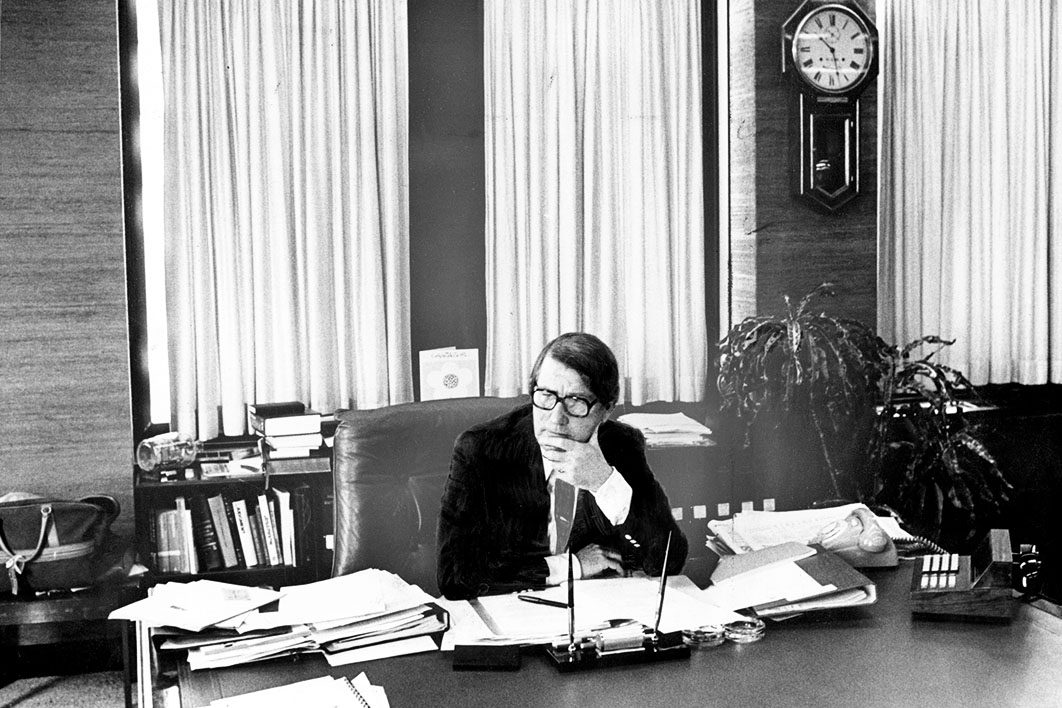 Neville Wran back in the office after being exonerated by the Street royal commission in July 1983. Stuart Menzies/Newspix