The Cultural Revolution still has a hold over China’s leaders 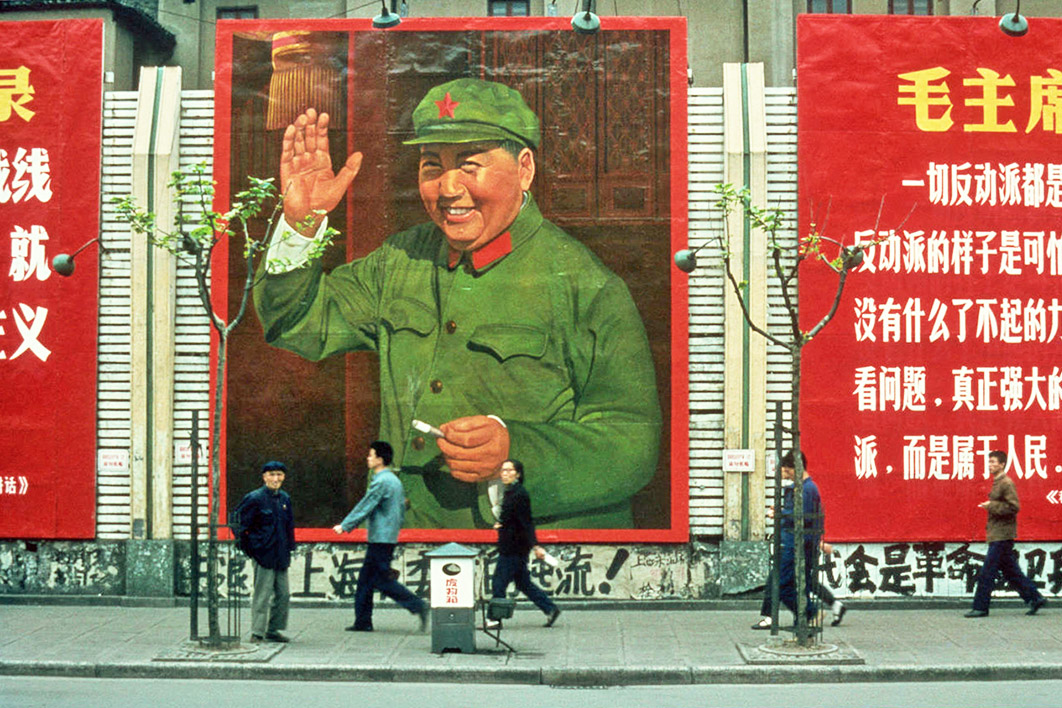 It’s just over a decade since the English translation of Yang Jisheng’s Tombstone opened the eyes of many in the West to the tragic era of mass starvation in Mao’s China. As a former employee of the state-owned Xinhua news agency, Yang was able to get access to data and archives that other researchers could only dream of using. While this made for hard reading, there was little dispute about Tombstone’s factual base.

Now Yang has done the same for the Cultural Revolution. The World Turned Upside Down: A History of the Chinese Cultural Revolution is just out in an English translation, having been published in Chinese in Hong Kong. Neither version is available in mainland China, which means that the people who know most about Yang’s subject, many of whom will have lived through the events he describes, won’t be able to engage with his book. Most readers in the West, on the other hand, will have either a hazy idea of what the Cultural Revolution was about, or no idea at all.

This isn’t surprising. The events that began in 1966, when Mao Zedong launched his “revolution to touch the soul,” were complex and opaque. The political elite was faced with a Trump-like insurrection unleashed by the country’s supreme leader. For some, it was a decade-long catastrophe, with violence and victimisation raining down on their heads. Many city dwellers were forced to work in the countryside. The writer Ba Jin called it a “spiritual holocaust.” But for others, like Australian-based academic Mobo Gao, who lived in rural southern China at the time, it was more akin to a period of liberation, when a whole generation was politicised and allowed to think for themselves.

Part of the outside world’s somewhat skewed view also comes from the unfortunate fact that the Chinese government, at least since the 1990s, has become less and less relaxed about people studying this period. In the 1980s and 1990s a vague consensus existed about the meaning of the Cultural Revolution (a “major mistake,” the party judged in 1981) but that has since become diluted and fragmented.

That the China-based Yang has been able to publish this book, even abroad, is a considerable achievement, and a courageous one. Accompanying the deafening silence from China over the past two decades has been a great deal of English-language work on the Cultural Revolution. Some of it, like the work of American political sociologist Andrew Walder, is based on careful documentary and field research; other authors, however, have tended simply to view the revolution as an unmitigated disaster. That only raises the puzzle of why it went on so long, and why the Chinese government has become so intolerant of criticism of the era.

Maybe the coyness among figures like Xi Jinping and his colleagues reflects the fact that they are the last of the generation with a living memory of those events who are still active in politics. Older cadres have retired; those under fifty would remember little or nothing of that time. But Xi, born in 1953, hit adolescence just as the first Red Guards started appearing in Beijing and Tsinghua universities and the first large public rallies were held in Tiananmen Square in the sweltering summer of 1966.

Some of his colleagues may even have played an active role as events unfolded, swept up in the politicised youth groups, taking advantage of the free rail travel to go around the country fomenting revolution. Maybe they had a hand in smashing some of the signs of feudalism that were presented as valid targets then — the temples, old buildings and other artefacts from the imperial past. They might even harbour darker guilt about engaging in “struggle sessions,” some of which led to the injury, or even death, of teachers, officials and those regarded as “bad elements.”

The one thing we can be sure of is that if the political elite thought there was anything remotely positive about the Cultural Revolution, they would be saying it. Mao, after all, is still lauded to the skies — witness the 120th anniversary of his birth in 2013, when Xi took a leading role in the festivities. But on the Cultural Revolution, an event Mao described as his second-most important achievement (the first was fighting the Japanese), there is a telling silence.

Xi himself rarely mentions being moved, at around sixteen, to rural Shaanxi, where he reportedly worked at least some of the time as a pig farmer. The official accounts of his life during these years simply say that he learned about conditions in the countryside. For this reason, they go on, he uniquely qualifies as a Beijinger from an elite family who has authentic experience of some of the most impoverished parts of the country during one of China’s toughest times. Let’s never claim that Chinese leaders are not adept at using even the most traumatic parts of their life to good political effect.

If the Cultural Revolution figures in contemporary political life and consciousness in China, then it does so in a shadowy way. It is the period of the great turbulence, the time when “democracy” — in the form of Rebellious Groups (the more formal name for the Red Guards) — gave at least some people the freedom to voice real opinions about political leaders. It is also the period that ended in anarchy.

One of the unstated implications is that freedom of this kind is dangerous in China. Even among people with only second-hand impressions of this time, the recollections also instil a shared sense that everything must be done to avoid its ever occurring again. During the events leading up to the fall of former commerce minister Bo Xilai in early 2011, premier Wen Jiabao ominously referred to the risk that the Cultural Revolution might return. This was probably a reference to Bo’s love of campaigns in Chongqing, the southwestern municipality he ran at the time, which were reminiscent of Red Guard events from decades before. It was Wen’s indirect but very clear denunciation — with its potent historical reference — that led to Bo’s removal.

Anyone wanting to argue for a more nuanced view of Mao’s proletarian movement isn’t likely to get very far. But that in itself is telling. If we are still trying to make sense of more restricted, singular events like the Japanese attack on Pearl Harbor or the French Revolution, then how could a consensus about the decade-long Cultural Revolution, with its myriad constituent events, develop so quickly and seemingly leave so little space for further discussion?

Yang’s work at least gives us a chance to contemplate again why easy conclusions about this period are unlikely to be very satisfactory. It was perhaps the only time in Chinese history that a unified, almost religious fervour — the worship of Mao — swept the country. That in itself cries out for explanation. It was a time of passionate engagement, when politics annexed every aspect of everyday life. It was a time of savagely intense, almost cruel, idealism. It was also a time, as Ba Jin wrote later, when aspects of Chinese society — especially its deep divisions — were thrown open. All this suggests that the Cultural Revolution was a strange, anomalous event, and one that is still unexplained.

It isn’t surprising that Xi and his colleagues are keen to focus on other things. The Cultural Revolution was an unsparing mirror held up to the country, including the party that failed to protect itself against Mao. Answering questions about why it happened, and how, would involve delving into areas the party wants left alone. That is why this period remains closed off, and won’t be opening up any time soon. •

Facebook’s problems with Australian regulators are far from over