Books | Viewing habits have changed, but TV is still at the forefront of cultural change 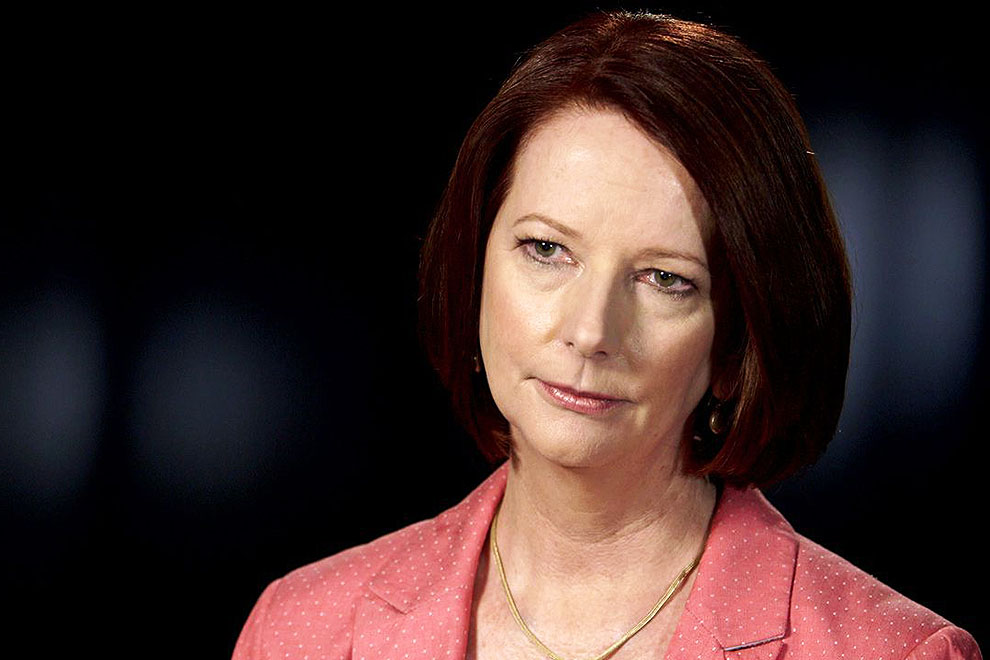 Clive James described his first decade as a television critic (1972–82) as “the mushroom years.” He sat in the dark with two television sets running at once, keeping track of pretty much everything broadcast from the three available channels until close-down each night.

The condition of being “glued to the box” might have been a widespread pathology at the time, but screen addiction has come a long way since then. Screens are now our constant companions, and television is no longer the primary source for what we see on them. As James attests in his most recent book, Play All, binge-watching is more likely to be induced by the compelling qualities of a sophisticated drama series than an addiction to miscellaneous cultural trash.

Along the way, public anxieties about television have undergone a curious shift. Instead of fearing that our vitality may be leached away in its suffocating embrace, we are beset with concerns for the future of television itself, which has become a survival raft for endangered species. Documentary, news and current affairs, drama: all are at risk, whether from budget cuts, falling ratings, or the new competitive environment of digital media.

In this landscape of slips and slides, it helps to have an overview of the transitions. So it’s a good time for this stocktake of trends in most genres of Australian television programming – food programs, soap operas, documentaries, mini-series, historical dramas and reality shows – by a group of local media scholars and critics.

As a scoping exercise, Small Screens is well-designed. There’s an obvious omission in the area of news and current affairs, but a more specialised anthology would be required to address the fraught complexity of recent changes on that front. The essays are generally informative and insightful, though I felt the need for a stronger editorial perspective. A brief and rather bland introduction promises a survey of Australian television’s role as a forum for “national issues and conversations,” but gives no sense of any driving purpose behind the collection.

Nick Herd’s opening chapter lays out the facts and figures of the televisual landscape. Herd is an industry insider, having held senior positions at SBS, the Australian Broadcasting Tribunal and Screen Producers Australia. As head of research and policy at Ausfilm, he plays a mediating role in policy development and is responsible for market intelligence.

Herd opens with a question from former ABC managing director Mark Scott: what is the kind of content that makes us informed citizens? “Content” is a word I prefer to avoid – it means everything and nothing – but broadcasters seem to like it. If it means topic and focus, then those things are really not tackled here, though Herd does provide a very useful account of the state of the industry, including tables showing prime-time ratings patterns across the major networks, staff and production costs relative to revenue at SBS and ABC, hours of Australian-made drama broadcast over the past five years, and league tables for the top ten programs in drama and for overall popularity.

In response to Mark Scott’s question, the numbers suggest that major league sporting events (seven out of the ten appearances in the overall popularity table) and cookery (which has the remaining three spots) are the overriding choice of the citizenry. To what extent this leaves them “informed” is another matter.

Clare Monagle offers a crisp and sceptical response to the craze for food programs, starting with two accounts of the consequences of the “disturbing contemporary fantasy” that we are what we eat. First comes the case of Michelle Bridges, one of the trainers on The Biggest Loser, who attributed an easy conception and pregnancy at the age of forty-four to her healthy lifestyle. And then there’s Belle Gibson, who claimed that she had been cured of cancer by healthy eating. Gibson, who never did have cancer, had to deal with all the fallout from a fraudulent media campaign that had earned her a small fortune, but actually scored a further $45,000 for fessing up on an interview with 60 Minutes.

Monagle also attacks the faux cosmopolitanism of the TV cuisine craze, citing, for example, Scott Morrison’s delight in serving a Sri Lankan lunch to Annabel Crabb on Kitchen Cabinet during a time when, as minister for immigration, he was remorselessly returning asylum seekers to the troubled region.

A more determined engagement with Scott’s question about informed citizenry comes in Mark Hearn’s discussion of three ABC programs concerned with recent political history. The first of these, George Megalogenis’s Making Australia Great, surveys the economic performance of successive governments since the early 1970s. For Hearn, the series offers a “whiggish” and “Panglossian” view; in other words, the mood is optimistic and the theme is one of progressive nation-building, in which economic and social openness are connected. There’s a cautionary tale here, in which Megalogenis is caught out by the unwitting irony of his title. Since the series was made, and since Hearn’s account of it was written, the notion of making a nation “great” has fallen into the ugliest form of political disrepute. Perhaps even the best of our commentators can’t always be alert to how the next wave of cultural change will break.

History comes close to the present in the other two ABC programs Hearn examines, Sarah Ferguson’s three-part Rudd–Gillard documentary, The Killing Season, and “Inside the Eye of the Storm,” a Four Corners episode about Kathy Jackson and Michael Lawler. Why the rush to historicise our own times? Hearn doesn’t raise this question in his essay, but in contrast to Megalogenis he makes a nice point about what he calls “the political economy of disaggregation,” in which individualism is privileged over a collective identity, which may be the real casualty of the quest to make Australia great.

We seem to fall in and out of love with our histories in unpredictable ways. Sarah Pinto considers the ABC’s The Secret River and the BBC/Foxtel series Banished as alternative origin stories for Australian settler culture. Both see conflict as a founding dynamic, she says: in Banished, an overblown dramatisation of life in the penal colonies, it is conflict between convicts and colonial authorities; in The Secret River, it’s the struggle between settlers and Indigenous owners.

On a similar theme, Carolyn Holbrook speculates about why Nine’s Gallipoli and the ABC’s Anzac Girls, both aired to celebrate the Anzac centenary, failed to make headway in the ratings. The question of what speaks to a contemporary audience, and why, needs fuller and perhaps tougher examination in ways that are beyond the scope of the anthology. How, for instance, should the traumatic experiences associated with historical events be dramatised without resort to sentimentality and gory melodrama?

Jeannine Baker explores one-off documentary programs as “gaps in the family album” and here, too, the problem of declining appeal looms large. Audiences are increasingly fragmented, says Baker, and producers’ quest to chase them has become an overriding factor in the documentary business. Too often, what gets aired and when is determined by arbitrary second-guessing about what will be a sure-fire attraction.

On those terms, Nine’s House of Hancock couldn’t fail. Was this history, documentary or celebrity gossip? Perhaps the magic formula uses equal parts of the three, and if you throw in a high-profile writ for defamation against the producers, it spills over into a fourth, reality TV, and free promotion on news media. David Rolph diagnoses the odd combination of ingredients in the generic make-up of House of Hancock and assesses the journalistic implications of its success.

In all this, the tension is between the industry’s obsession with trying to give viewers what they want and its commitment to informing the citizenry. While most of us would admit to getting large amounts of our information from television, is that what we are really looking for? Clive James in couch potato mode would have claimed he was looking for idle amusement. He would probably have bypassed the documentaries in favour of The Bachelorette, or Neighbours, or Not the Boy Next Door (the Shine Australia docudrama about Peter Allen), all of which are discussed in this anthology.

No doubt, though, James would have found in those series unconscious forms of social comedy so telling about the state of contemporary culture that, viewed through his eyes at least, they are more informative than some of the more seriously intentioned offerings. Commentaries from Jodi McAlister (The Bachelor/ette), Liz Giuffre (Not the Boy Next Door) and David Nichols (Neighbours) are rather earnest in tone, and take up too much time telling you what happens, but Nichols does offer a valuable analysis of Neighbours as a social portrait of suburban Australia in the later twentieth century.

What of our social condition now, as the twenty-first century continues to spin us into a bizarre social world increasingly mediated by electronics and ever more confused in its directions? What does television have to tell us about that? In an essay on feminism and television, Michelle Arrow attempts some speculation on these questions. She takes issue with how portrayals of feminist concerns in TV documentaries, comedies and current affairs discussions often fail to take in the larger picture of equity across the demographic spectrum that includes race, sexuality and economic status. She praises Sarah Ferguson’s 2015 documentary Hitting Home for its portrayal of domestic violence as a wider social pathology, with inequity and adversity contributing to the cocktail that explodes within the family.

Small Screens is a useful collection, if not exactly groundbreaking. The essays are well-focused and suitable for students and general readers, though I wish the editors had pushed the analytical framework a little further. They could not have known that by the time the book came out we would be reeling in confusion from a series of major changes in the political landscape, but the preconditions of that turbulence have been around for a while. There is a risk of nostalgia in television criticism, perhaps bound up with this sense that it is a threatened part of our cultural ecology. The soap operas and sitcoms of an earlier age may have offered a delusory view of a stable social world, but the medium itself remains at the forefront of cultural change, and we need to be alert to that. •

In the Pacific, two cheers for democracy 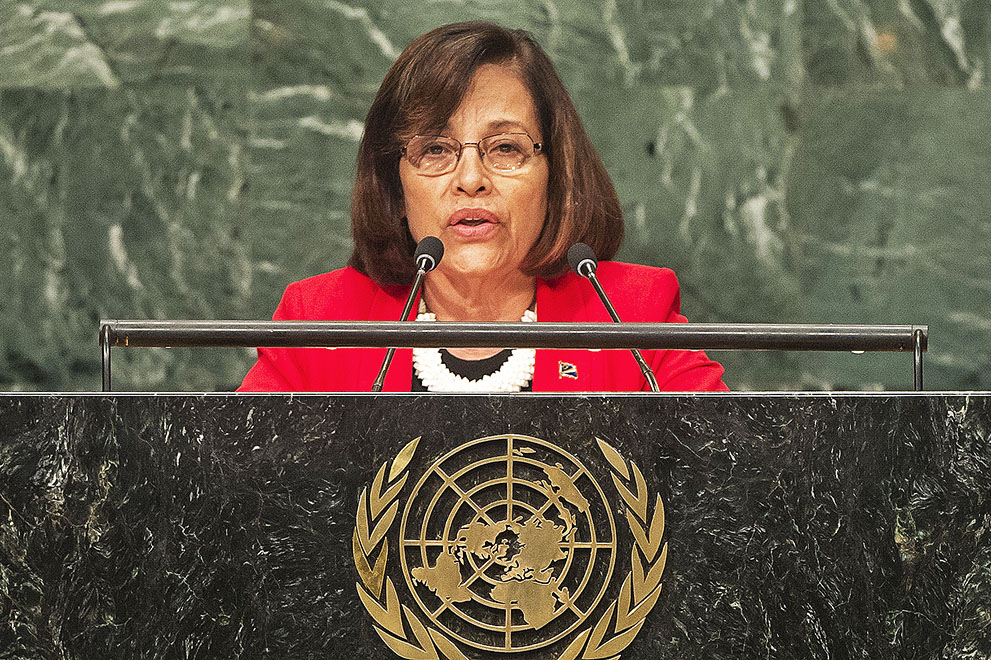