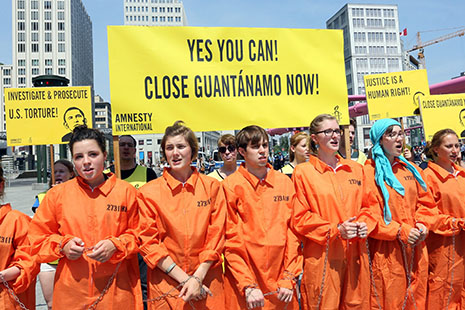 ON 19 FEBRUARY 1942, in the midst of the second world war, US president Franklin D. Roosevelt signed Executive Order 9906. It provided the legal basis on which Japanese Americans and Americans of Japanese descent were moved away from the West Coast of the United States and subsequently interned.

Three and a half years later, as the war was coming to an end, Eugene V. Rostow, a young law professor who had served as an assistant legal counsel to the State Department, published an article in the Yale Law Journal that provides the benchmark against which all criticism of government “emergency powers” ought to be measured. Under the title “The Japanese American Cases: A Disaster,” Rostow’s criticism was forensic and fierce.

“Our war-time treatment of Japanese aliens and citizens of Japanese descent on the West Coast has been hasty, unnecessary and mistaken,” he began. “The course of action which we undertook was in no way required or justified by the circumstances of the war. It was calculated to produce both individual injustice and deep-seated social maladjustments of a cumulative and sinister kind.”

After setting out the evidence for his argument, Rostow provocatively concluded:

We believe that the German people bear a common political responsibility for outrages secretly committed by the Gestapo and the SS. What are we to think of our own part in a program which violates every democratic social value, yet has been approved by the Congress, the President and the Supreme Court?

One of the real tragedies of FDR’s internment of Japanese Americans is that it was completely avoidable. In March 1941, nine months before Pearl Harbor, American agents had seized a list of Japanese agents and sympathisers during a break-in at the Japanese consulate in Los Angeles. In this way, the intelligence agencies had broken the Japanese espionage ring nearly a year before Roosevelt signed Executive Order 9906. That damaging affront to democracy and the rule of law could easily have been averted had cooler heads, like that of Eugene Rostow, prevailed.

Reading Jess Bravin’s powerful book reminded me of Rostow. As a researcher on anti-terror laws, I have read numerous books and articles on the “war on terror,” but Bravin’s book is different. It is written by a journalist and his craft shines through, drawing the reader into the human story at its heart. This is not an overview of the legislation, or of the politics, or of the legal system – though each of those is addressed. This is a book about people.

Bravin gives the reader an insight into the motivations of Gitmo prosecutors. People like Stuart Couch: “Couch had once been a pilot flying KC-130s out of the Marine Corps Air Station at Cherry Point, North Carolina,” he writes. “So had Michael Horrocks. While Couch moved on to law school, Horrocks – ‘Rocks’ to his buddies in Marine Aerial Refueler Transport Squadron 252 – kept flying after leaving the marines.” On 11 September 2001, “Rocks” was a copilot on United Airlines Flight 175, which struck the South Tower just after 9 am. Losing a friend in this way gave Couch a sense that he had a calling to seek justice for this “unspeakable crime” by prosecuting those accused in the war on terror.

Bravin also reveals how the military connections of Senator Lindsey Graham and Colonel Morris (Moe) Davis would come to shape policy and events at the Guantanamo military commissions. Graham, a Republican senator from South Carolina, sat on the Judiciary and Armed Services Committees, which gave him a central role in overseeing the development and operation of military commissions. He was disgusted by the alleged use of torture by the United States.

Graham had served in the Judge Advocate General’s Corps of the US Air Force Reserve. As a captain he had beaten Moe Davis, also a captain and a lawyer, in a drugs prosecution. The two had become friends during the course of the trial and remained in touch. So, when Graham wanted advice on the development of military justice for trials at Guantanamo he approached Davis. Davis asked Stu Couch and the other prosecutors what they needed and together they prepared a wishlist.

These are fascinating insights into the role of social interaction and friendships in the formation of the trial processes at Guantanamo Bay. They demonstrate the kind of legal culture that academics speak of but rarely paint as vividly as Bravin does.

Even moments of great legal import are given the human touch. Thus, we are told that Davis’s response to the US Supreme Court judgement in Hamdan was to call his team together and tell them to “‘Start working on your resumes’… Then they got some beers.” In Hamdan, the Supreme Court found that Common Article 3 of the Geneva Conventions – a provision that guarantees basic protections in armed conflicts – applied to the Guantanamo detainees, and that the president needed congressional approval before establishing military commissions. It was a significant decision and I have read many analyses of it – but none as vivid as Bravin’s.

Australian readers will no doubt be interested in Bravin’s treatment of David Hicks and Mamdouh Habib. There are no major revelations. We are told that the highest priority for the White House was to satisfy prime minister John Howard – who they recognised had taken a risk by agreeing to the military prosecution of Australian citizens.

Bravin contends that the Bush administration’s reluctance to try “high value” detainees such as Khalid Sheikh Mohammed stemmed from the fact that they did not want to expose the reality of the rendition system, under which detainees were jetted across the globe in search of a friendly regime willing to extract intelligence using robust techniques. As a result, it was Hicks – “the hapless kangaroo skinner” – who was prosecuted. There was also pressure to settle the trial quickly, to assist Howard with the upcoming Australian federal elections.

The other Australian at Guantanamo Bay, Mamdouh Habib (referred to as an “Arab Mr Bean” by his attorney), presented a difficulty for prosecutors. Canberra wanted his trial to begin immediately after Hicks’s. Washington was keen to please Canberra. But Stu Couch realised that the prosecution of Habib would be complicated. He had been rendered through Egypt and the prosecution was keen to avoid exposing that fact in court.

Habib’s rendition was exposed – though not in court. On 11 January 2005 the Washington Post published a front-page article based on Habib’s account of his extraordinary rendition and torture in Egypt and at the Guantanamo Bay detention camp. Later that day, the US government announced that it would not, after all, be charging him. US authorities were unwilling to allow Habib onto a regular commercial flight and as a result the Australian government chartered a special plane to bring him home. On the insistence of the United States he was shackled throughout the flight. He arrived back in Australia on 28 January 2005.

If you want detailed analysis of the legal case for and against military commissions there are better books than Bravin’s. Kent Roach’s The 9/11 Effect, for instance, is an excellent account of the distorting impact of the “war on terror” on legal systems around the world. But Bravin has taken a focused look at the issue of the Guantanamo trials; that necessitates a discussion of the politics of the “war on terror” and the detention centre at Guantanamo Bay, but those issues are incidental to his main story. What we see is the interconnectedness of the actors. We are shown their motivations. We see how good people who believed in the rule of law became involved in and ultimately disgusted by a system that lacked respect for law.

THE War Relocation Authority, which supervised the internment of Japanese Americans during the second world war, held loyalty examinations to help determine who could be released into the community. But a determination of loyalty did not guarantee an individual’s release. Officials were also required to establish that community sentiment was not unfavourable to the presence of such citizens before they were released. It was not enough to be loyal; release was dependent on public opinion.

In 2008 Barack Obama, elected on a message of “hope,” promised to close Guantanamo Bay. He has been prevented from doing so by members of both parties in Congress, who will not authorise the expenditure necessary to transfer detainees to prisons in mainland America or to continue prosecutions. As a result, there are still 166 detainees in Guantanamo, eighty-eight of whom have been deemed to pose no threat. Over one hundred are reputed to be on hunger strike. They cannot be tried; they cannot be released; but the US administration force-feeds them to keep them alive.

“What are we to think of our own part in a program which violates every democratic social value,” Eugene V. Rostow asked, “yet has been approved by the Congress, the President and the Supreme Court?” That same question can be asked about Guantanamo Bay.

Of course, the injustice of FDR’s internment policy was eventually recognised, though not for decades. On 10 August 1988 Ronald Reagan signed the Civil Liberties Act into law. The Act’s compensation program, eventually implemented by the Clinton administration, paid $1.6 billion to more than 82,250 people of Japanese ancestry. How long before the injustice of Gitmo is fully acknowledged?

From the Japanese American internees to Guantanamo Bay: have we seen any progress – even of a sort? •

Fergal Davis is a researcher on the ARC Laureate Fellowship: Anti-Terror Laws and the Democratic Challenge Project at UNSW Law School.

On the anniversary of its publication, Bridget Griffen-Foley reviews John Douglas Pringle’s self-deprecating account of a much-admired career 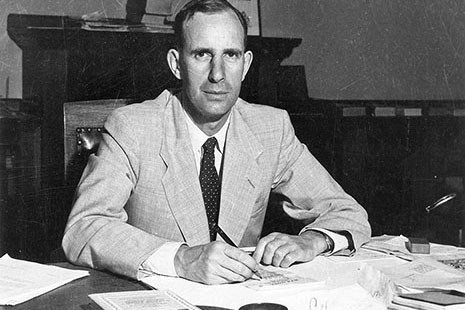