Robin Jeffrey looks at the Indian election result and its implications 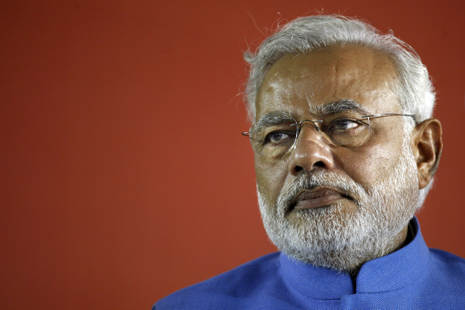 The crushing victory of the Bharatiya Janata Party, or BJP, and its anointed prime minister Narendra Modi brought joy to India’s stock markets, satisfaction to many millions of exasperated voters and apprehension to religious minorities and others who don’t subscribe to “Hindu values” as defined by the BJP. It was everything the Hindu-chauvinist party had hoped for: a majority in its own right in the 543-seat house, the first time India has had such a clear result since 1984. With its coalition allies, the BJP-led government will have more than 330 seats.

The defeated Indian National Congress Party, which has led coalition governments for the past ten years, was reduced to fewer than sixty seats – the worst performance ever by Asia’s oldest political organisation. A positive effect of the loss might be the withdrawal of Sonia Gandhi, the Italian-born party president and widow of Rajiv Gandhi, and her son and daughter from Indian politics. The “family dynasty” has long stood in the way of a vigorous organisation founded on ideology, predictable processes and able leaders. But their voluntary exit might be too much to expect, since sycophants who depend on their patronage will strive to keep “the family” at the helm.

Business loved the result. Ballot counting began at 8 am Indian Standard Time, and by 10 am, when the Bombay Stock Exchange opened, a decisive BJP victory already looked clear. Within two minutes, the Sensex index hit a record high. It sobered up as the day went on to close about 200 points up. Significant was the fact that a favourite stock of the day was Sesa Sterlite, “a global diversified natural resources company” controlling a major lead-zinc mine in Rajasthan (junior partner, the Government of India). Sesa Sterlite’s share price rose more than 11 per cent on the day as investors relished a Modi-led, “let’s liberate business” government.

The election outcome exploded from a volcano of exasperated voters won over by a man totally committed to becoming prime minister. Narendra Modi stalked the office like a panther. He had won three elections in his home state of Gujarat and has built a reputation for having created a model state where entrepreneurs never hear a discouraging word and electricity flows all day. Motor traffic, too, moves pretty well along passable roads.

Modi’s supporters speak of the “Gujarat model” of economic progress. What they don’t mention is that among India’s states Gujarat ranks around the midway point on most indicators of human development, such as primary school education, female literacy and child nutrition. There is a lot of carefully crafted storytelling around Narendra Modi.

He has lived down the opprobrium of 2002. That’s when anti-Muslim riots, sparked by the murder of a railway carriage full of Hindus returning from a pilgrimage, ripped through Gujarat for days and killed more than a thousand Muslims, who were blamed for the railway carnage. Among the Muslim victims was a former member of parliament whose middle-class residential colony was under siege for hours before he and many others were butchered. Modi was chief minister at the time but apparently knew nothing of these dreadful events. A BJP government was in power in New Delhi.

Modi is a product of the Rashtriya Swayamsevak Sangh, or RSS, a militant Hindu organisation whose original inspiration owes much to the fascist mobilisations in Europe in the 1920s and 1930s. The RSS has thousands of disciplined, ideologically inspired members and many of them helped power the BJP’s current election campaign. The indefatigable Modi also enjoyed widespread media support. In the absence of rules preventing cross-media ownership, the Indian media are increasingly integrated and owned by big business. An industrial house may own television channels, the cables they use, a newspaper or two and some radio stations (though radio is forbidden from carrying news or current affairs). Modi had a dream run on television and in most of the press.

Industrial houses see a Modi-led BJP government as the best hope for ending paralysed government policy and triggering more investment. Ordinary people, sick of scandals and grand and petty bribery, heard that Modi was financially honest and surrounded himself in Gujarat with able, hard-working bureaucrats.

With this stunning victory, Modi will easily fend off suggestions from rivals within his own party that he doesn’t have national experience and is too divisive to lead a national government. At some stage, to be sure, he will have to reconcile the interests of big business (which likes foreign collaborations and investment) and the small traders who have been the BJP’s longtime supporters (and who fear foreign investment in areas like retail). But with his current mandate, his writ should run strong for many months.

Muslims, Christians, liberal educationists and women who don’t conform to the BJP’s ideas of “Hindu womanhood” will be apprehensive about what this BJP victory will bring. The party’s interpretation of “Hindu values” leaves little room for those who do not share them.

Modi has made a virtue of being the lower-caste son of a man who ran a tea-stall – in glaring contrast to the silver-spoon background of Sonia Gandhi and her son Rahul. Now that the seven-week election soap opera has ended in precisely the way Modi would have wanted, the coming drama – long-running, if Modi has his way – might be called “Tea Shop to Top Spot,” an Indian version of “log cabin to White House.” •

Robin Jeffrey is a visiting research professor at the Institute of South Asian Studies, National University of Singapore. This article first appeared in East Asia Forum, based in the Crawford School of Public Policy at the Australian National University. 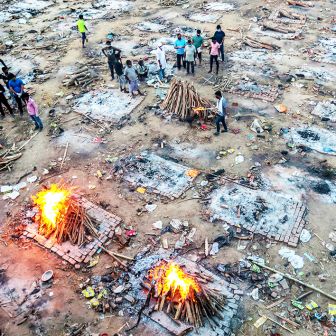 International “Everyone has a horror story to tell” Robin Jeffrey 12 May 2021 Can the Indian government find the will to turn the pandemic into a “binding crisis”?