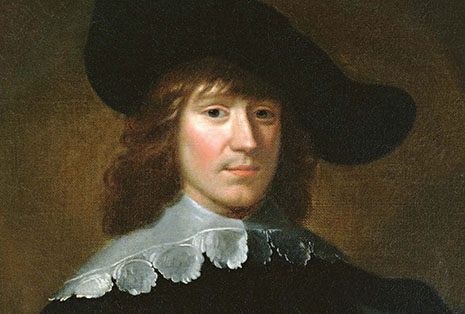 ATTEMPTING to lift the Siege of Chester in September 1645, the forces of Charles I suffered one of their biggest defeats in the English Civil War. The so-called Battle of Rowton Heath was more like a massacre, and among the dead, shot through the head, was William Lawes.

One of the great instrumental composers of his day, the author of dance music, stage works and numerous sets of pieces for viols, Lawes would scarcely have been likely to line up with Cromwell’s men. Quite apart from the fact that he was actually in the employ of the king, it was also a matter of musical tolerance. Some of those puritans had pretty odd ideas about music. Some of them still do.

In fact, Oliver Cromwell himself seems to have been something of a musical connoisseur, and his mid-seventeenth-century Protectorate was nothing like as hardline as is still sometimes claimed. They didn’t close all the theatres; they didn’t ban music; but there was strong disapproval of some things, including organ playing in church – and instrumental music in general – as though it somehow competed with acts of worship rather than enhancing them.

History contains numerous instances of the political – and frequently religious – suppression of music. In many cases, of course, it is not the music itself that inspires the suppression. The Albigensian Crusade in the early thirteenth century killed most of the troubadours of Provence and drove the survivors north because of their Cathar sympathies, not their tunes. Following the overthrow of Allende’s government in Chile in 1973, Pinochet’s thugs executed Victor Jara because of the messages in his songs, not because they objected to his singing and guitar playing. The Muslim extremists who murdered the Algerian singer Lounès Matoub in 1998 did so primarily because he was a figurehead for Berber nationalism, though, since they were inspired by the Taliban, they might very well have hated his music too.

But often enough music itself has been the target of political and religious fundamentalists. In our own time, the Taliban’s outlawing of music in Afghanistan is only the most infamous example of the tendency. With the Taliban, one suspects, it comes down to a basic hatred of people enjoying themselves, but in slightly more nuanced societies, such as Nazi Germany and Soviet Russia, the objections often seem to be founded on paranoia.

The music that the Nazis labelled entartete (forbidden) included that composed by Jews or influenced by jazz, presumably because of its African-American associations. No surprises there. But they also objected to atonality and twelve-tone music, and one can’t help wondering whether this was simply because they didn’t get it and feared that it might be coded subversion. Something of the sort was surely behind the branding of Prokofiev, Shostakovich, Myaskovsky and Khachaturian as “formalists” by Stalin’s cultural henchman, Andrei Zhdanov.

The term “formalism,” insofar as it means anything at all, implies the practising of art for art’s sake. Prokofiev and his colleagues were guilty of writing too much music that was only about itself when it should have been a celebration of heroic workers on tractors. If a piece is called only “Symphony No. 6”: why, it could mean anything at all! How could the authorities tell? And how could they police it? I wonder if paranoia is always a corollary of fundamentalism.

I have been listening, recently, to a fair bit of music by William Lawes. There are two very good new CDs out from the Canadian ensemble Les Voix Humaines and the American/English/Finnish group Phantasm. The music sounds exceptionally fresh and offers plentiful surprises, harmonic and melodic. Very little seems to go as you would expect. Tunes take bizarre twists, harmonies crash into each other. Major and minor chords pile up. A slow passage of music is suddenly activated by rhythmic urgency that springs from nowhere, then it all falls apart again. It is certainly not music to relax to, it is far too unpredictable for that. But is it playful? Is it dark? What is going on in this composer’s mind? It seems strange to be asking such questions nearly 400 years after the music was composed.

Phantasm’s leader, Laurence Dreyfus, admits in his sleeve note to the group’s CD that it is hard to form sensible opinions on music so full of “fascinating and anarchic distortions.” Yes, and it must have been just as hard for many of Lawes’s contemporaries to understand what he was up to. And if he could break so many musical rules, what other rules was he thinking of breaking?

Of course this isn’t why the Parliamentarians killed him. He was shot because he was a soldier in one of the king’s regiments. But it didn’t stop one punning epitaph writer from lamenting that “Will. Lawes was slain by such whose wills were laws.” •

• William Lawes: Royall Consorts, performed by Les Voix Humaines, is an ATMA Classique recording. Phantasm’s William Lawes: Consorts to the Organ is on Linn Records. Both are distributed in Australia by Rockian Trading. 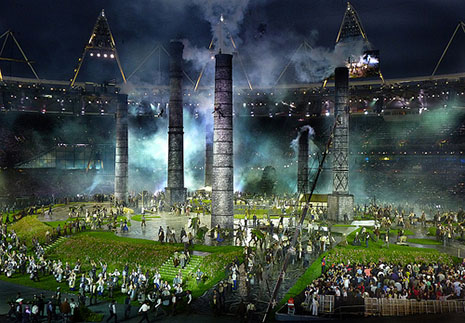